Old-world charm, rich history, exciting nightlife – evocative Havana is like nowhere else on earth. See the difference between city and country or coastal life on a guided walking tour of the old capital. Take inspiration from the locals and mix things up with a bicycle-taxi tour of the colonial city of Camaguey. Enjoy over two free days in Trinidad. Practice your Spanish in a language class, loll about on an unspoilt Caribbean beach or peddle through sugar plantations on a charmingly rickety bicycle. After an informal salsa lesson, you’ll be ready to hit the dance floor with the locals. With its vibrant music scene and Afro-Cuban roots, sultry Santiago de Cuba is a great place to practice your moves

Discover the old and new faces of Cuba on an adventure through the country’s vibrant towns, vast plantations, myriad waterfalls and idyllic beaches. From the elegant streets of Havana to the colourful clubs of Trinidad, sip rum with the locals, practice your best salsa moves and discover the welcoming spirit of this island nation. With opportunities to explore the twisting colonial streets of Camaguey, immerse yourself in the legend of Che Guevara, and experience local life on a farm in Vinales, this adventure is sure to leave you captivated by Cuba’s beauty, rhythm and spirit. 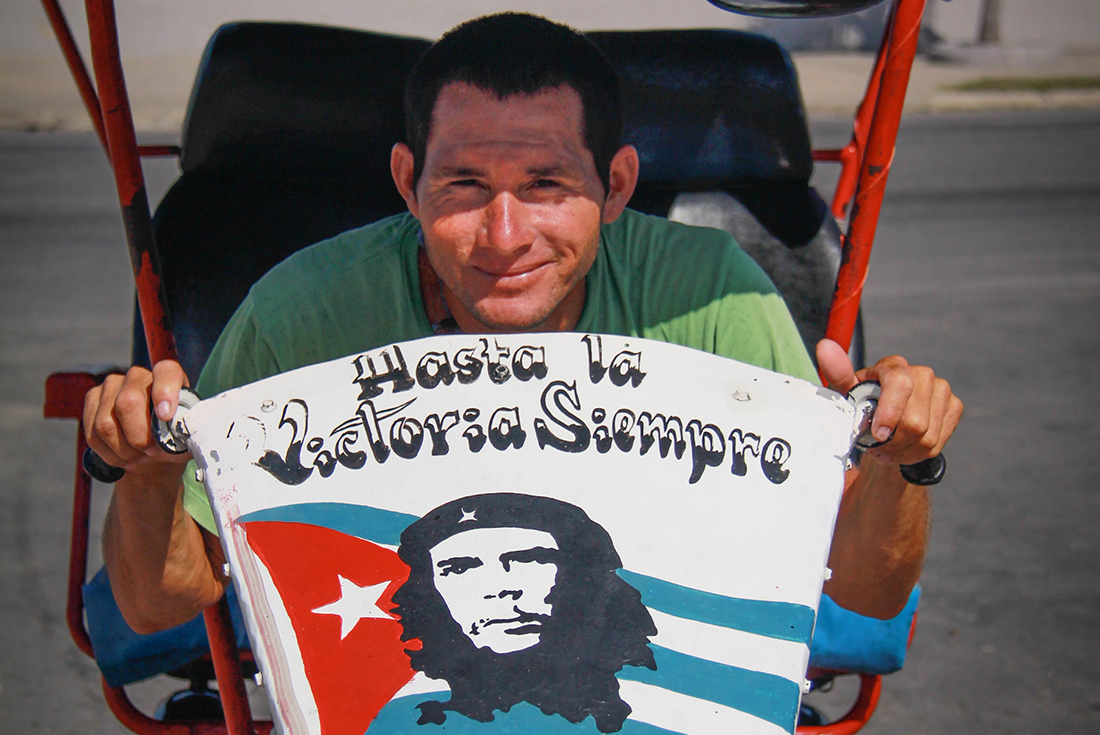 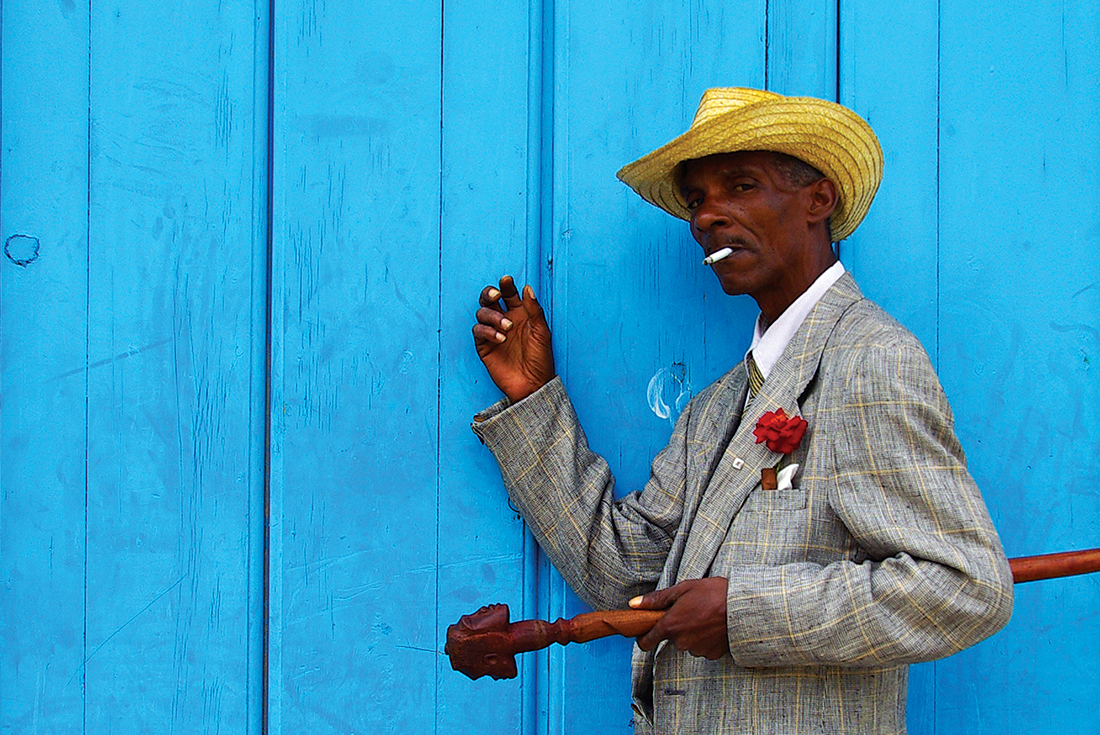 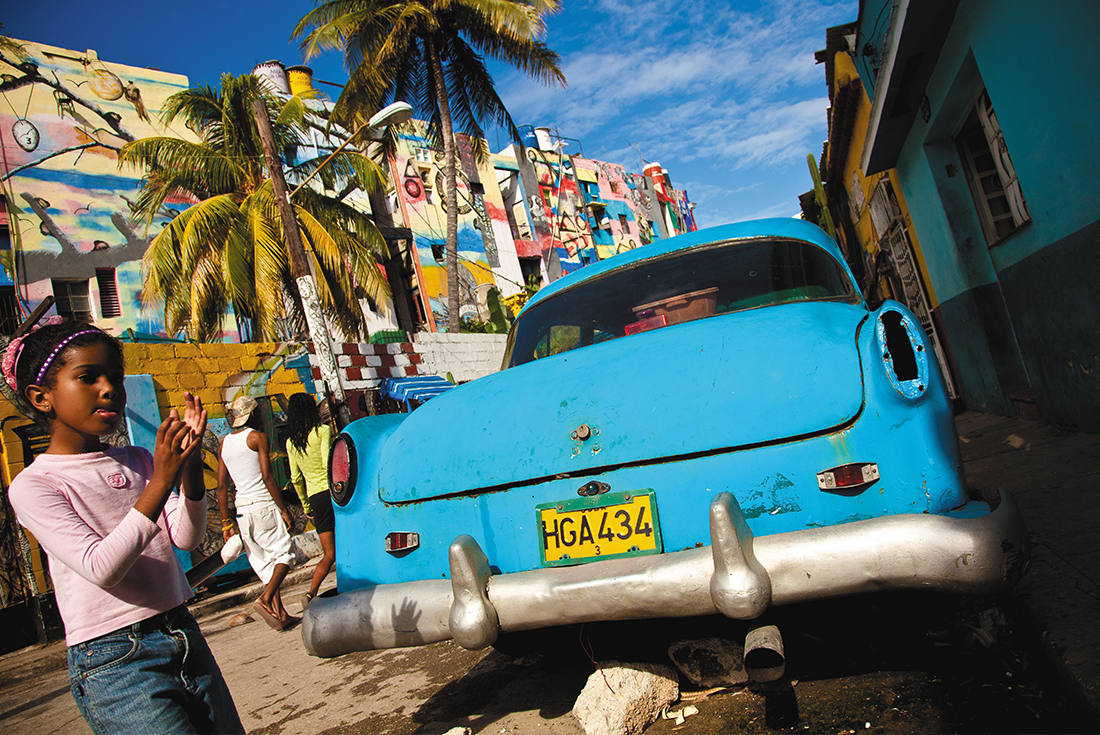 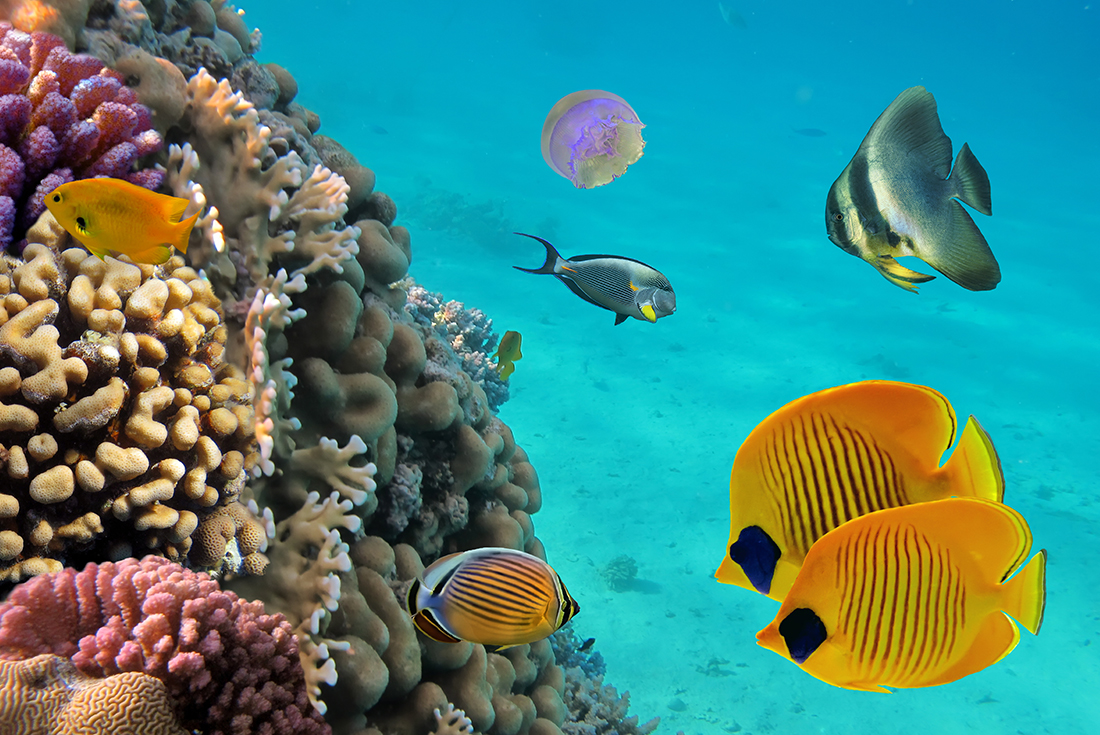 Bienvenido a Cuba! Welcome to Cuba! Set to the soundtrack and backdrop of the 1950s, tumbledown Havana is a capital unlike any other. A complimentary arrival transfer is included with your trip.  There will be a welcome meeting at approximately 6pm this evening. Please expect a letter from your leader in the afternoon of Day 1 to confirm the place of your meeting (if by 5pm you cannot locate this letter then please ask your guesthouse owner if one has been delivered, or ask to call our assistance line listed in the "Problems and emergency contact information" section of this document). We'll be collecting your insurance details and next of kin information at this meeting, so ensure you have all these details to provide to your leader. The tour briefing is generally followed by an optional group dinner. As there's a great deal to do in Havana, we recommend staying a few extra days to make the most of this exciting city. If you need help booking extra accommodation, our reservations team will be happy to assist. If you arrive early, please note most activities in Cuba can only be booked through the tourist desk in the lobbies of the larger hotels or direct with the venue. Otherwise, there are plenty of good museums to check out, including the Museo de la Revolucion and the Museo Nacional de Bellas Artes.

Havana's history is as colourful as it's cars and buildings. Today, you will be taken on a guided tour of the Havana vieja. Havana remains one of the great colonial cities of the Americas. An air of faded glory comes through in the peeling paint of some of its grand old buildings. Narrow streets, spacious plazas and Spanish architecture make it a charm to explore on foot. Pick up some Spanish during an informal Spanish lesson. Afterwards, enjoy some free time to further explore on your own. Stroll along the Malecon or check out a vibrant baseball game (from October to May). Maybe try out your newly learnt phrases when you join the hundreds of locals lining up to eat a Coppelia ice-cream. Heavily subsidised by the government, a whole bowl will set you back about 10 cents.

Take a one-and-a-half hour flight from Havana to Baracoa. Please note that it is not uncommon for these flights to be delayed. Set on a beautiful bay, this was the first colonial town, and it’s one of the most beautiful in Cuba. You'll have a couple of days here to explore and relax. Take a walk around the town to get your bearings, then maybe head to a lovely black sand beach an easy walk from town. As one of Cuba’s major agricultural zones, Baracoa is a great place to try local foods. It’s one of the best places for chocolate, and street vendors and small restaurants offer local specialties like prawns in coconut sauce and banana-stuffed tamales. One particularly sought-after Baracoa specialty is the cucurucho, a sweet treat of coconut, sugar, and fruit wrapped in dried cone-shaped palm leaves.

Today is a free day to explore Baracoa. The town was only accessible by sea until 1960, and even after a road linking Baracoa to Guantanamo was built, the settlement maintained a small-town colonial feel. Uncover its individuality as you wander along its beautiful malecon or ramble over various forts that were built to withstand pirate attacks. The Catedral de Nuestra Senora de la Asuncion boasts a bust of the indigenous leader Hatuey, who was burned at the stake for refusing to accept the Spanish and their Catholicism. You might prefer to chill on a beach or get active with a hike to El Yunke – the famous table-top mountain sighted by Columbus during his first voyage to the island.

Today is another free day in Baracoa. Why not head out on a hike through the rainforest to explore nearby caves and waterfalls. Perhaps pay a visit to Humboldt Nation Park, looking out for colourful parrots, lizards and hummingbirds. Take a boat tour down a nearby river, spotting wildlife along the way, or maybe stop in at a farm to learn about life on the land. After the sun goes down, enjoy a cocktail near the beach or check out the town's nightlife.

A spectacular five-hour journey to Santiago de Cuba winds through verdant mountains, then along the dramatic Atlantic coastline, before taking you through the dry region surrounding Guantanamo, dotted with cacti and wiry goats. On the way you might get the chance to visit the Mirador de Malones for a pretty good view of the Guantanamo Naval Base and surrounding bay. At present this is not open to the public. If you are keen to see this, please ask your leader, and they will tell you if visits are currently allowed. Continue on to Santiago de Cuba – set between the indomitable Sierra Maestra mountain range and the azure Caribbean, this city's historical centre and colonial architecture retain a timeworn air ideal for photographers. Santiago is the hottest place in Cuba – in terms of both temperature and the vibe of the city!

Today your leader will take you on a three-hour city tour of Santiago. You'll visit El Morro Castle, Ifigenia cemetery and the Moncada barracks and learn about the city’s rich history. For nearly a century, the city was the island's seat of power and it also played a vital role in the Revolution. The people of Santiago were the first to rise up in arms against government troops in 1956, and it was in Santiago on January 1st 1959, that Fidel Castro declared the triumph of the Revolution. With a strong Afro-Cuban heritage it's no surprise that Santiago has a vibrant music scene, and is seen as Cuba’s capital of music. It’s the home of son music, which is a mix of Spanish guitar and African percussion. Santiago's half million residents are proud of their cultural traditions, so you'll find many museums and cultural clubs around the city. The city is also famous for its energetic Carnaval celebrations and lively Festival of Caribbean Culture. All this will entice the shyest, most left-footed dancer and the non-musically inclined to get involved. Kick off the evening with an informal salsa lesson tonight, then party the night away at one of the town’s live music venues.

Today, head west along the Carretera Central to Camaguey with a stop in Bayamo. Today is the longest travel day of the trip. Depending on how many stops are made, this usually takes six to seven hours. Despite its size, Cuba's third largest city has managed to retain much of its colonial heritage. Exploring the city's winding streets is half the fun. The city was planned in a deliberately confusing pattern to disorient any would-be assailants. As you walk through the city you may still see tinajones – large clay pots used for collecting water. On your explorations, stop by the Iglesia de Nuestra Senora de la Soledad to see its baroque frescoes. Camaguey has a rich tradition of cultural and technological leadership within Cuba. It is the birthplace of poet laureate Nicolas Guillen and home of the Ballet de Camaguey. Cuba's first radio and television emissions were broadcast from Camaguey, and the country's first airport and commercial flights were planned and executed here.

Today you’ll take a tour of Camaguey by bicycle taxi. Cycling is a popular form of transport in Cuba, and bicycle taxis are very common. In the confusing streets of Camaguey, it's a particularly good way to get around. On the tour, you'll visit a local market, parks, plazas and an art gallery. Each taxi carries two passengers and the tour is led by an English-speaking local guide. Your leader may suggest visiting a local farmers' market, where you’ll get a fascinating insight into daily Cuban life and the local economy. This is where farmers can sell their produce after meeting the quota they have to sell to the state. Camaguey's is a particularly busy and colourful market. There are separate areas for produce sold by the state and produce sold by farmers directly to the public. There are plenty of interesting tropical fruits, vegetables and herbs available. This is where the locals come to buy their food once their monthly food ration runs out.

Today travel through the centre of the country to Trinidad (approximately 5-6 hours), which sits on the scenic Caribbean coast. For many visitors to Cuba, Trinidad is a standout destination. No other colonial city in Cuba is as well preserved, and the local residents are extremely friendly and festive. Trinidad is steeped in religion, including the Afro-Cuban religion of Santeria, which has connections to Voodoo. On an orientation walk today, see the former wealth generated by the sugar industry in the town's once-grand mansions, colourful public buildings, wrought iron grill-work and cobble-stoned streets. You'll then have over two days to explore the area and soak up the atmosphere.

Today is a free day in Trinidad. Perhaps continue yesterday’s walk into the town’s history with visits to the Museo Nacional de la Lucha Contra los Bandidos and the Casa de los Mártires de Trinidad. Both chronicle the struggles of the revolutionary period in the town's history. At some point while you're here, why not take in a folklore show at one of the town's numerous open-air venues. Cuba has a hugely rich and varied dance and musical tradition that draws its roots from Africa and France. Many styles that have greatly influenced music worldwide originated in Cuba, such as Mambo, Cha-cha-cha, son and rumba. There’s also a chance to get a hands-on lesson with the musical instruments themselves in a percussion workshop. By now, hopefully you've learnt enough of the local rhythms to join in with the locals – maybe at a local venue hidden within a cave!

Trinidad is also the gateway to the Valle de los Ingenios, and a bike is a great way to explore the local area. Be warned however, Cuba's bicycles, like its cars, are vintage. There are also some great treks to be made in the nearby Sierra del Escambray mountains – maybe drive along the legendary twists and turns of the road to El Nicho, then hike to its beautiful waterfall. Playa Ancon is also close by – there’s plenty of opportunity for relaxing on its long, unspoilt beaches or snorkelling through the clear waters (just watch carefully for sea urchins, which can be a problem here).