Get your boots on for the best way to explore one of America’s most beautiful regions. Walk the highlight hikes of New England, with the reward of a comfortable night’s sleep at the end of the day. Discover the varied forests and mountains of three states – Vermont, New Hampshire, and Maine – in the same time it would take for a through-hike. Taste local cheese, see how maple syrup gets made, and of course you can’t visit Vermont without dropping in to Ben & Jerry’s factory. Get a taste of the famous Appalachian Trail in the heart of New Hampshire’s White Mountains.

Hugging the continent’s rugged, spectacular north-eastern coast, New England calls to those who want to get close to America’s natural wonders. Pack the hiking shoes and a sense of adventure for a walk through sweeping forests and up soaring peaks. From Boston, travel through the ‘The Green Mountain State’ of Vermont, stocking up on tasty local produce on the way. Walk atop Presidents in New Hampshire’s White Mountain National Forest, then skirt the windy peninsulas and craggy shores of Maine’s Mid-Coast to unique Acadia National Park. A New England autumn offers one of the country’s most incredible natural sights: the changing colours of the trees sweeps northward, bringing blazing oranges, reds and yellow to create a awe-inspiring fiery landscape. The trails of New England await on this memorable hiking holiday. 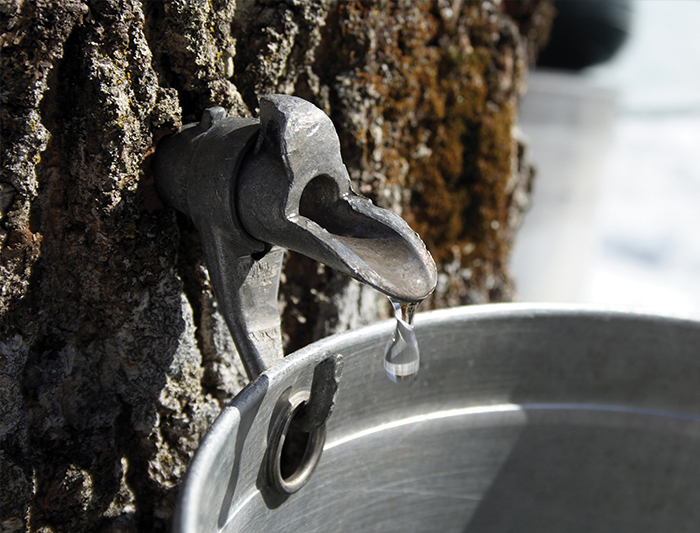 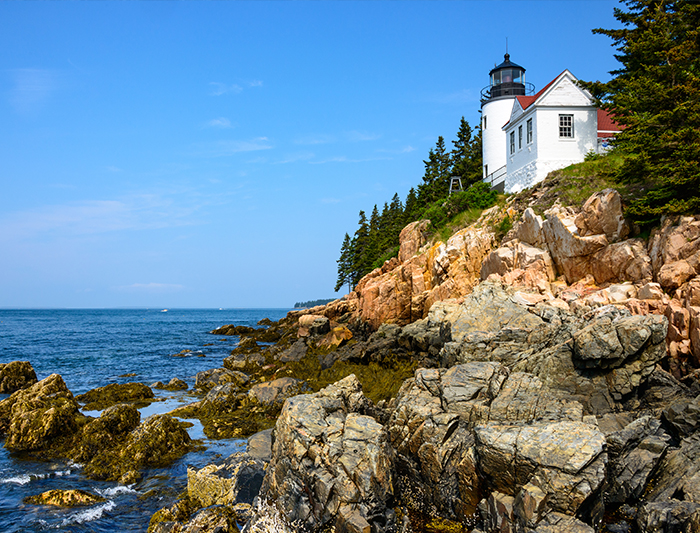 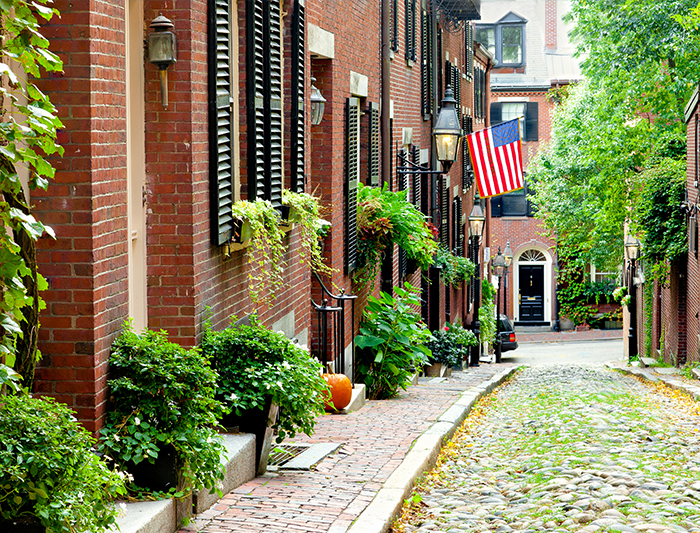 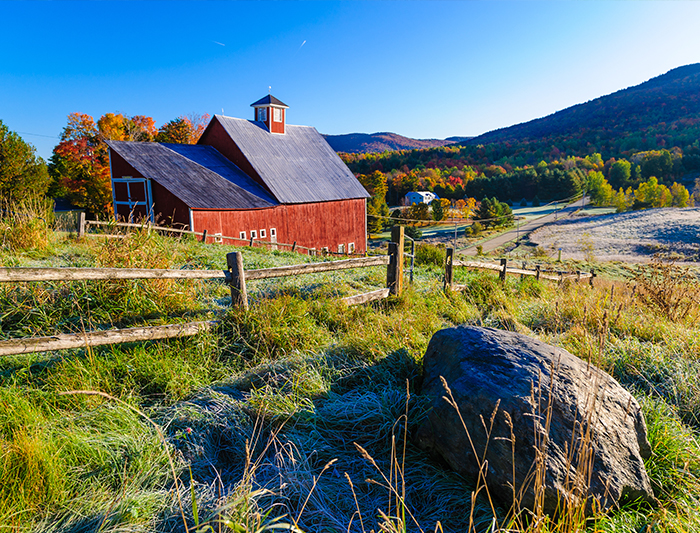 Boston is one of the country’s oldest cities, full of prestigious buildings and institutions, and its compact centre makes it a great place to walk around. Your adventure begins with a welcome meeting at 6pm in the hotel lobby. If you're going to be late, please inform the hostel reception. We'll be collecting your insurance details and next of kin information at this meeting, so please ensure you have all these details to provide to your leader. Sitting right on the Atlantic coast means Boston’s a great place for seafood, so maybe gather together your new travel companions and head out for some oysters, lobster or clam chowder.

Leave Boston today and exit the state of Massachusetts, heading north through New Hampshire into Vermont, which borders Canada. Your destination is the Stowe area (approximately 3.5 hours). Vermont lives up to the slogan embossed on the state’s car licence plates, “The Green Mountain State”. Those dense green hills become one the country’s most magnificent natural sights in autumn, with the changing trees blazing red, orange and yellow. This fertile area is home to some great local producers, so it’s the perfect place to fuel up for the hiking ahead. Vermont is best known for its maple syrup production but also has great dairies. This means there are some great local cheesemakers to visit and sample.

Get your boots on for a day of hiking. Drive the short distance to the Stowe Pinnacle Trail, passing picturesque trees and covered bridges. The trail is a popular half-day hike up through hardwood forests to a bald rock summit with views of the surrounding Green Mountains. In Autumn, the sweeping views of fiery colours are incredible. Be rewarded after the hike with a visit to the factory of world famous Ben & Jerry’s ice cream. Learn about ice cream production, the company’s hippie values, and get a scoop of your favourite flavour. The rest of the afternoon is free to visit the Von Trapp Family Lodge or perhaps take a ride up the Mt Mansfield gondola.

Cross state lines and leave Vermont for New Hampshire, driving to Franconia Notch in the heart of the White Mountains (approximately 1.5 hours). The region's jagged rock formations and heavy coat of evergreens have stirred the imaginations of people like Washington Irving, Henry Wadsworth Longfellow, and Nathaniel Hawthorne, who penned a short story about the craggy cliff known as the Old Man of the Mountain. Franconia Notch itself is a dramatic pass through steep, high cliff walls in the mountains. Be sure to stop by one of the area’s well-known roadside diners for some great American food in a classic setting.

Hike up to one of the presidents in the Presidential Range or simply enjoy the calm of this mountain setting. The famous Appalachian Trail, the longest hiking-only footpath in the world, runs through the forest for 170 miles, taking in part of the Presidential Range. The loftiest peaks of the range, mostly between 5,000 and 6,000 feet (1,500 and 1,800 metres), occur in a linear series of distinct summits that are named for U.S. presidents. The highest point (6,288 feet [1,917 metres]) is Mount Washington, which claims the highest wind velocity in the world ever recorded and which can be dusted with snow throughout the year. An easier way to see the range’s spectacular sights is to take one of the aerial tramways or cog railways.

Leave New Hampshire and cross the state of Maine on the drive to Acadia National Park (approximately 5 hours). Maine is where the water encroaches onto the land, with the Mid-Coast miles and miles of windy peninsulas, nooks and craggy shores. Travel through vast expanses of mountainous forests with scenic lakes peppering the region. Your destination is Mount Desert Island, much of which is home to vast natural expanses of the Acadia National Park. In the early evening, take a stroll through the town of Bar Harbor, once a summer getaway for the wealthy. Some of their lavish mansions remain, and the town’s hustle and bustle contrasts with the quiet wilderness that surrounds it. Don’t forget that Maine is famous for lobster, so maybe tuck into a fresh one hauled in from the working harbour.

Enjoy a full day to explore the rugged granite cliffs, tidal pools and wild North Atlantic islands of the Acadia National Park. This park is the first place in the continental US to see the sunrise. Maybe get up early to see it from the Cadillac North Ridge Trail or tackle the Acadia Mountain Trail. The Cadillac Trail treks through pleasant forest and formations of pink granite rock, with spectacular view of Bar Harbor and Frenchman Bay. The Acadia Mountain Trail offers views of Southwest Harbor and Somes Sound, a narrow fjord that splits most of the island in two. In the afternoon, perhaps see the town from the seat of a kayak. You can explore remote ocean-sculpted islands and get up close to the wildlife, including seals, porpoises and bald eagles.

Travel down the coast of Maine and Massachusetts on the way back to Boston (approximately 5 hours). Look out the window to soak up the state’s jagged coastline, stately cliff-top New England mansions surveying the ocean, and charming little towns with boats bobbing in the harbour. Stop on the way in Portsmouth, a formerly prosperous port that’s filled with Colonial, Federal and Georgian architecture, and check out the lighthouse. On arrival in Boston you’ll take the final walk of this trip - the Freedom Trail. The trail will take you through 250 years of Bostonian history, covering 16 different historical sights, including Paul Revere’s House, the site of the Boston Massacre, and the Bunker Hill Monument. Boston has a thriving foodie scene, so perhaps head out to the South End for a celebratory meal at the end of this New England adventure.

This trip through New England comes to an end today. There are no activities planned and you are free to leave at any time.