Stroll through the flourishing countryside of the Amalfi Coast and pick lemons straight from the tree. Join the sophisticates of Puglia with a glass of Moscato di Trani and drink to Trani’s Adriatic beauty at a harbour-side bar. Stay in a bit of local history and feel like a true Alberobello resident with a night in Alberobello’s unique trulli. Explore the otherworldly Sassi of Matera – stone houses formed from natural grottoes and tufo cliffs overlooking a dramatic gorge

Take off on an unforgettable journey down Italy’s rarely visited heel, getting to know another side of this entrancing country. Believe the beauty of Amalfi, unwind in style among the sophisticates of Trani and tour the Roman ruins, baroque churches and whitewashed alleyways of Lecce. Wander among the peculiarly shaped houses of Alberobello, wander the hillside dwellings of Matera and discover the old town’s life surrounding Bari’s Basilica di San Nicola. Head down and say ciao to Italy’s southernmost slice of the Adriatic. 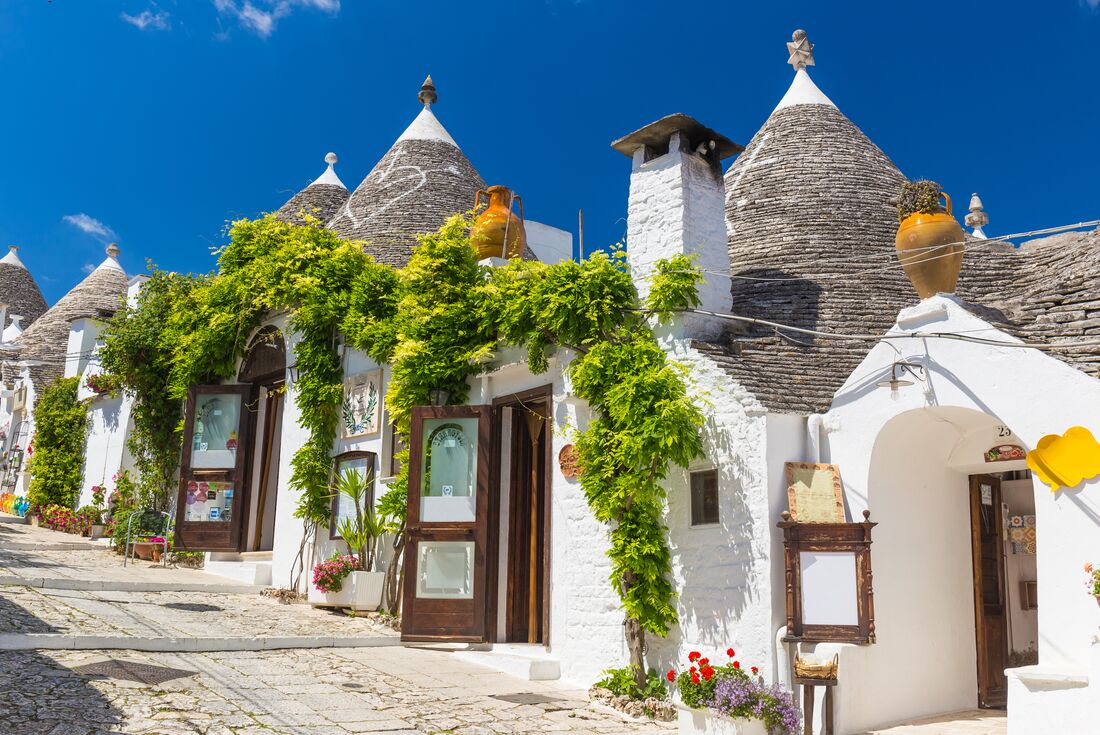 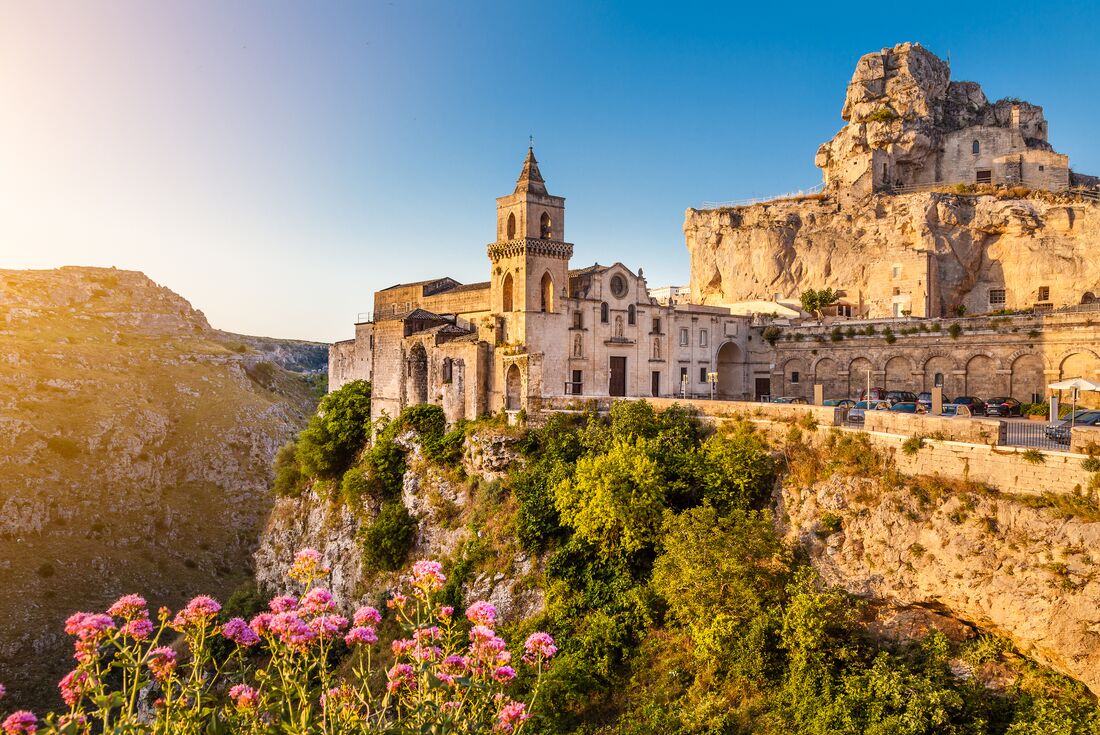 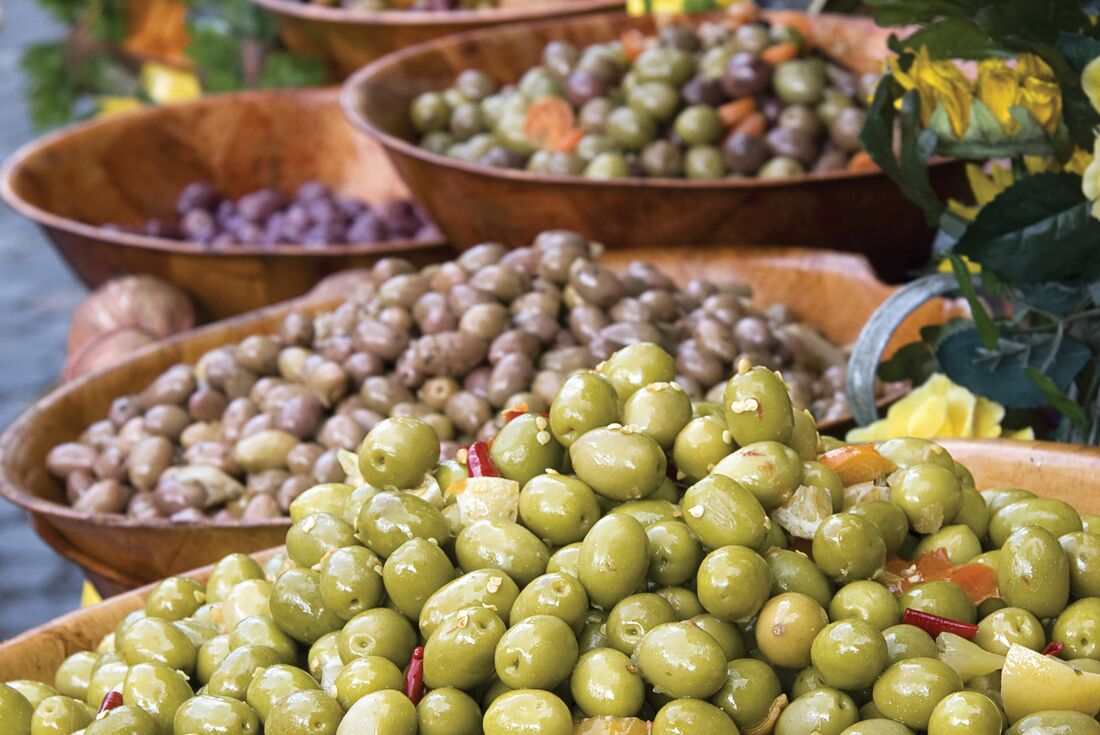 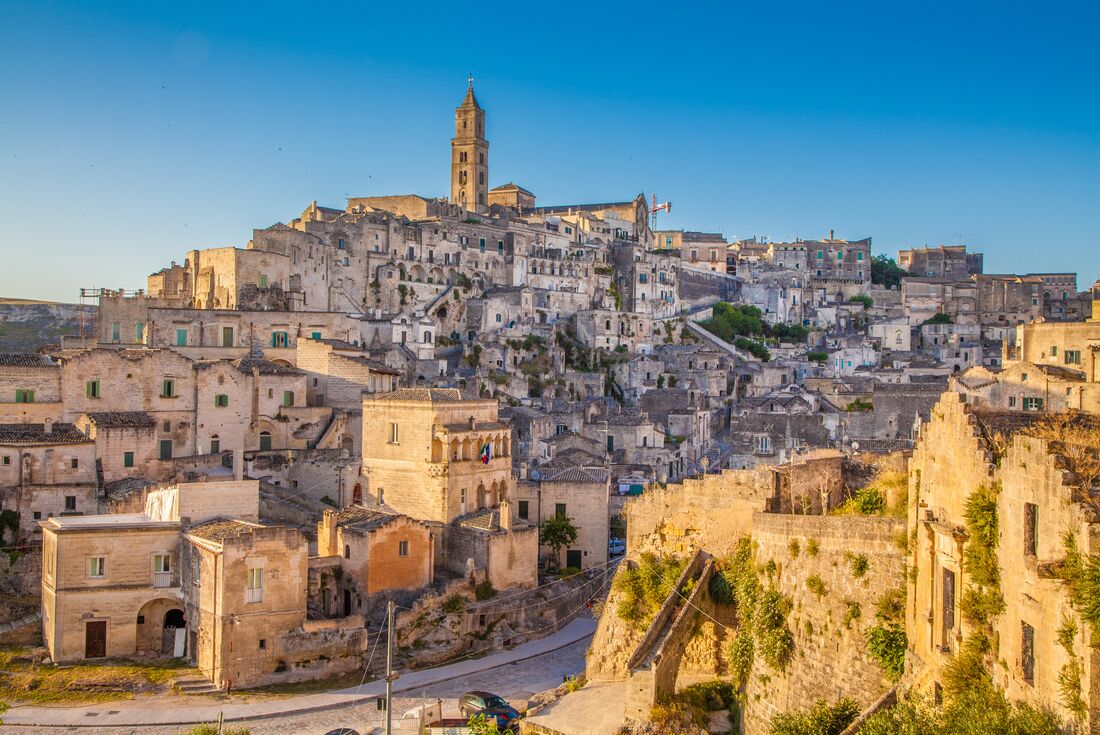 Your trip starts today with your arrival in Amalfi. The Amalfi peninsula is a land of rocky coasts, cliff-top vistas, azure seas, tiered lemon groves, whitewashed villages clinging to steep cliffs, and bright blue skies. The closest international airport is Naples, which is a major international air gateway approximately 70 kilometres away. One of the main train stations serving the Amalfi Coast is Salerno, which has frequent connections to Naples and Rome. However, a great way to see the beautiful Amalfi coastline and take in the sights is to arrive by boat – there are regular seasonal services between Amalfi, Positano, Salerno, Capri, Naples and Sorrento. No activities are planned so you may arrive at any time. Please make your own way to the centrally located joining hotel (details in your travel documents). Get your bearings of this entrancing town with a stroll through its whitewashed alleys and laneways, stopping in at sunny piazza cafes to enjoy a macchiato or to indulge in gelato.

You'll have a free day to explore this picturesque town and the surrounding area. If you're after a relaxing walk with a few cultural highlights, stroll from one side of Amalfi town to the other and pay a visit to the Cattedrale di Sant'Andrea and the Chiostro del Paradiso. If you’re after something more active, perhaps embark on a walk through the Valley of Mills, where for centuries paper mills were in operation. Alternatively take a bus up the Valley of Dragons to reach pretty Ravello – for centuries, its lofty position and sunny, dry climate has made it an appealing place for writers, artists, musicians and travellers. Ravello also boasts two magnificent villas – the superb 11th Century Villa Rufolo which was once the home of Wagner, and Villa Cimbrone, a sumptuous 19th Century mansion with fabulous gardens and unequalled views over the Gulf of Salerno. You could also take a half-day walk along the narrow trail of the famous Sentiero Degli Dei (the Walk of the Gods), through forests and fields of wildflowers, olive groves and vineyards. The trail is steep and has many stairs, but the views are breath-taking and amply repay you for the effort! Alternatively, hop on one of the frequent ferries to Capri and mingle with the jet set. Your leader will be able to recommend plenty of options for you, and can help organise ferry tickets. Otherwise, just laze around on the beaches and in the piazza.

Travel to Italy's east coast to Trani (approximately 4 hours), known as the 'Southern Pearl', a beautiful town with a sophisticated feel. Once an ancient trading hub, Trani is a delightfully eccentric port with a white cathedral perched on the seawall. The crescent-shaped marina is a great place to relax and watch the world go by. With the stunning seaside cathedral, medieval streets bathed in a rarefied light, and its own, sweet wine, Trani is truly like stepping back into a 1950s movie set. Upon arrival explore the historic centre and its medieval churches on a walking tour with a local guide. The old town points to a time when this was a major port for merchants travelling to the Near East. Later on simply kick back on the waterfront and watch the sophisticates of Puglia clink glasses of Moscato di Trani in cosy bars.

Today is a free day to explore all that Trani has to offer. You might like to visit the dramatic Cattedrale di San Nicola Pellegrino, one of the most beautiful buildings in southern Italy. Begun in 1099, and taking over two centuries to finish, the soft white-pink limestone Norman cathedral is dedicated to the famously foolish St Nicholas the Pilgrim, whose bones lie in the crypt below the church. Inside, it is astonishingly bright and airy, and the simply furnished church is set off by the remains of a 12-century mosaic near the main altar. Outside, closer examination reveals lovely decorative details – look out for the elephant corbels. You can also head to the castle built by Frederick II, who was the king of Sicily, Italy, Germany, Jerusalem and the Holy Roman Emperor in the 13th century. Maybe explore the medieval Jewish quarter, built in all-white stone, stopping by two fine synagogues along the way: the Scola Nova and the Scola Grande. Fishermen sell the day’s catch right in the marina, so maybe taste the freshness by heading for dinner and a glass of wine harbourside.

Head south and delight in the baroque architecture and atmosphere of Lecce (approximately 2.5 hours). Lecce's baroque ornamentation is elevated to dizzying heights, presenting the casual viewer with a feast for the senses. Sumptuous palazzi (mansions), a defensive main square, Roman ruins and magnificent allegories dancing across ornate facades make Lecce a swoon-worthy sight for any traveller. The university gives the town a lively feel, and there are little boutique, antique shops and delicious delis to explore.

Today is a free day for you to explore Lecce. If open perhaps step beneath the city and see the restored Roman amphitheatre excavated in the 1930s. Built in the 2nd century AD, the remarkably intact horseshoe-shaped theatre seated 15,000 people. Overlooking the amphitheatre is the Colonna di Sant'Oronzo, a statue of Lecce's patron saint mounted upon a Roman column. Presented to Lecce from Brindisi, this column once stood at the terminus of the Via Appia that ran from Rome to Brindisi. The fascinating Basilica Di Santa Croce inspires varied reactions – its heavily decorated façade of sheep, dodos, cherubs and monsters is a cacophony to some, while others are drawn to the lavish brilliance. Building began in the 14th century, but it wasn't until the 17th century that the façade was created by artists under Giuseppe Zimbalo. The Renaissance interior is a nice contrast. For another baroque experience head to the Piazza del Duomo. Used in the past as a defence against invaders, when residents would barricade the narrow entrances, the square's pleasant openness is bordered by a 12th-century cathedral, a 68 metre-high bell tower, a 15th-century Episcopal Palace and an 18th-century Seminario – sunglasses are essential on a sunny day to protect against the dazzle of the white stone. There are museums to browse, over 40 churches dotted around, and a castle to climb to look across the town. In the afternoon meet up with the group again for an aperitivo with local specialties, such as friselle, taralli, puccia, bombette and burrate.

Travel by private transport to Ostuni and explore it's narrow streets before continuing to a local olive oil producer who will show you how the techniques have changed over the millennia. Some of the olive trees here are thought to be close to 3000 years old, and the farm has reputedly been active since Roman times. Your visit will also include an oil tasting. Next up is Alberobello (approximately 4 hours), set in a landscape of olive trees and low walls dotted with unique dwellings. People flock to Alberobello to marvel at the beehive-shaped trulli (singular trullo): small, dry-stone houses built from local limestone in the 14th century. The origins of the buildings are unclear, although its possible the mortar-less dwellings were created to be easily dismantled in a feudal tax-evasion scheme. Either way, the sight of the thick, gleaming walls capped with grey cones and topped with distinct, white, stubby spires is a unique and endearing Apulian experience. Wander the old town quarter of Rione Monti, where thousands of trulli (and souvenir shops) rise up over the hill, or head over to Rione Aia Piccola and see trulli that are still family dwellings. See religious and mystical symbols on the roofs, the differently shaped spires, and head to the Church de Sant’Antonio, built in the style of a huge trullo. You’ll spend the night in your own little bit of local history, staying in restored trulli that will make you feel like a true Alberobello resident.

Transfer by private mini bus to Matera (approximately 1 hour). The extraordinary sight of Matera's old town gives a haunting, bittersweet insight into ancient life. One of the oldest cities in existence, Matera's otherworldly drawcard are the sassi (singular sasso) – stone houses formed from natural grottoes and tufo cliffs overlooking a dramatic gorge. Its resemblance to Jerusalem has attracted film directors of biblical epics, but its dark interiors were the scene of shameful poverty in the mid-20th century. Duck down into the sassi through the knot of staircases and alleyways that snake their way through the limestone ravines, and take a guided tour to appreciate both its ancient and modern history. With over 3,000 habitable caves, some dating as far back as the 8th century BC, the sassi are filled with stunning frescoed rock church complexes, exhibits recreating inhabited caves, and even a contemporary sculpture museum. There is also an exhibit at the Casa-Grotta di Vico Solitario detailing the sassi's recent history as a place of gruelling poverty – when the city’s population expanded uncontrollably, previously unoccupied (and unsuitable) grottoes filled with the poorest citizens, packed with children with high mortality rates. In the late 1950s the Italian government intervened and 15,000 inhabitants were forcibly relocated. The sassi are undergoing extensive restoration, and it’s now the one place in the world where you can eat at a restaurant inside a 9,000 year-old dwelling! Tonight you’ll stay in accommodation with balconies overlooking the sassi.

This morning is free for you to further explore the narrow alleyways and caves of Matera, before boarding a local train to Bari at around lunch time (approximately 2 hours). Sitting on a small peninsula in the Adriatic Sea overlooking Greece, Bari is the prosperous capital of Puglia. The tangled streets of its old town, Bari Vecchia, conceal Romanesque churches, a riotous market, elegant medieval piazzas and a Swabian castle. The Basilica di San Nicola was built to hold the relics of St Nicholas, which were stolen from Turkey by local Bari fishermen and have made the city a place of pilgrimage since 1087. The relics are also the mainstay of Bari's biggest annual celebration, the Festa di San Nicola. The stone walls are wonderful to walk around, with the sea lapping on one side and the medieval town on the other, while at the end of the Lungomare promenade is great beach to lounge as your Southern Italian adventure comes to an end. Bari is also the perfect place to see out your last night on this trip and have a group meal by the harbour, sampling local limoncello and some of the seafood that the city is famous for.

Your journey will come to an end after breakfast today and you are free to depart at any time. If you would like to extend your stay here we can be of assistance with additional accommodation, subject to availability. Please enquire at the time of booking.