Explore beautiful Split, a haven of relaxation and culture where tradition, modernity and a variety of European influences come together. Unwind with a walk along the waterfront promenade and explore the impressive ruins of Diocletian’s Palace. Feel the rich heritage of the former capital of Dalmatia with each step on the marble streets of Zadar, and taste it in the incredible food. Discover why Croatia is on every foodie’s must-visit list. Stop by Pag Island, meet producers, and taste local specialties like paški sir (Pag cheese). Stroll through Plitvice Lakes National Park, marvelling at luminous lakes and waterfalls that seem to have been sketched by an artist

This adventure bounds from the Gothic monuments of Split, through the pristine scenery of Plitvice Lakes National Park and ancient streets of Old Town Zadar, then on to the island of Pag. After leaving the Dalmatian coastline, cross into Slovenia to discover the enchanting surrounds of Bled. This jam-packed journey offers lush forest hikes, breathtaking landscapes, medieval architecture and scrumptious food along with a good taste of the ancient Croatian and Slovenian culture. 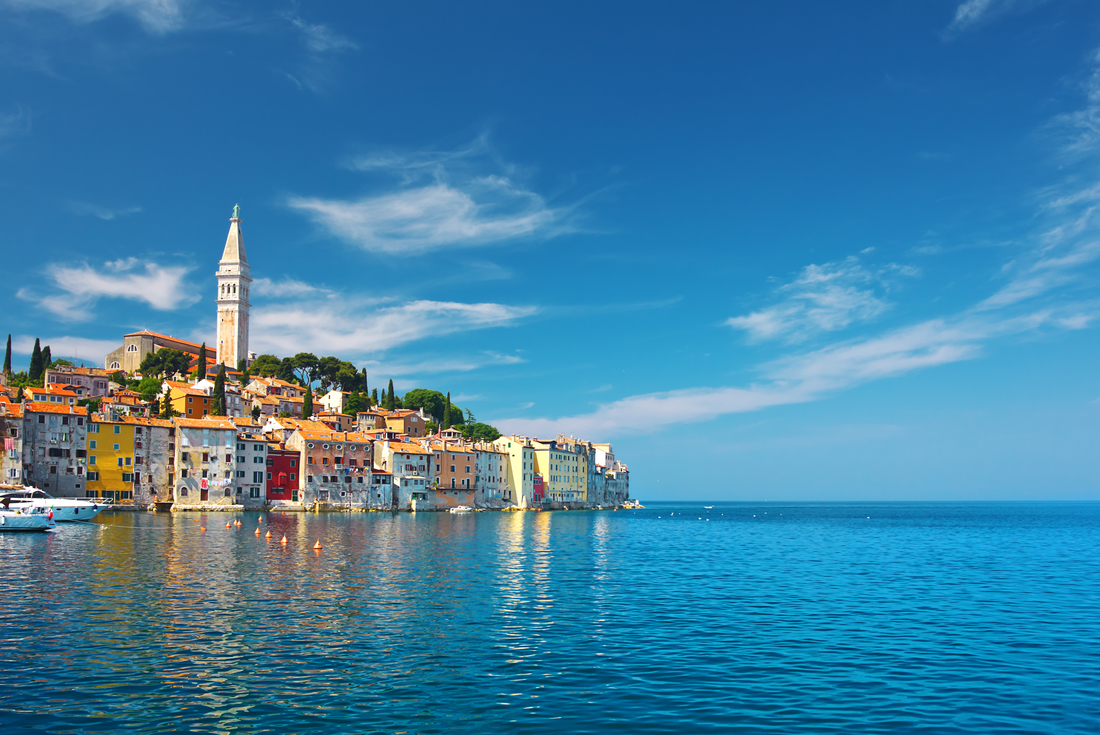 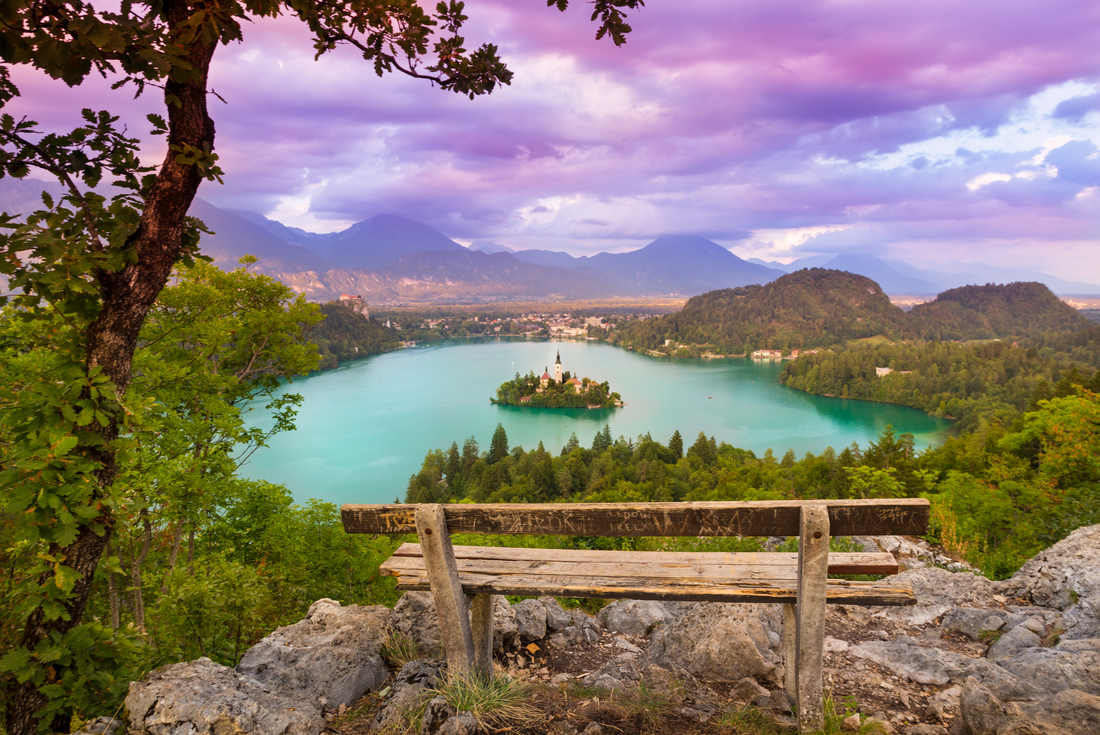 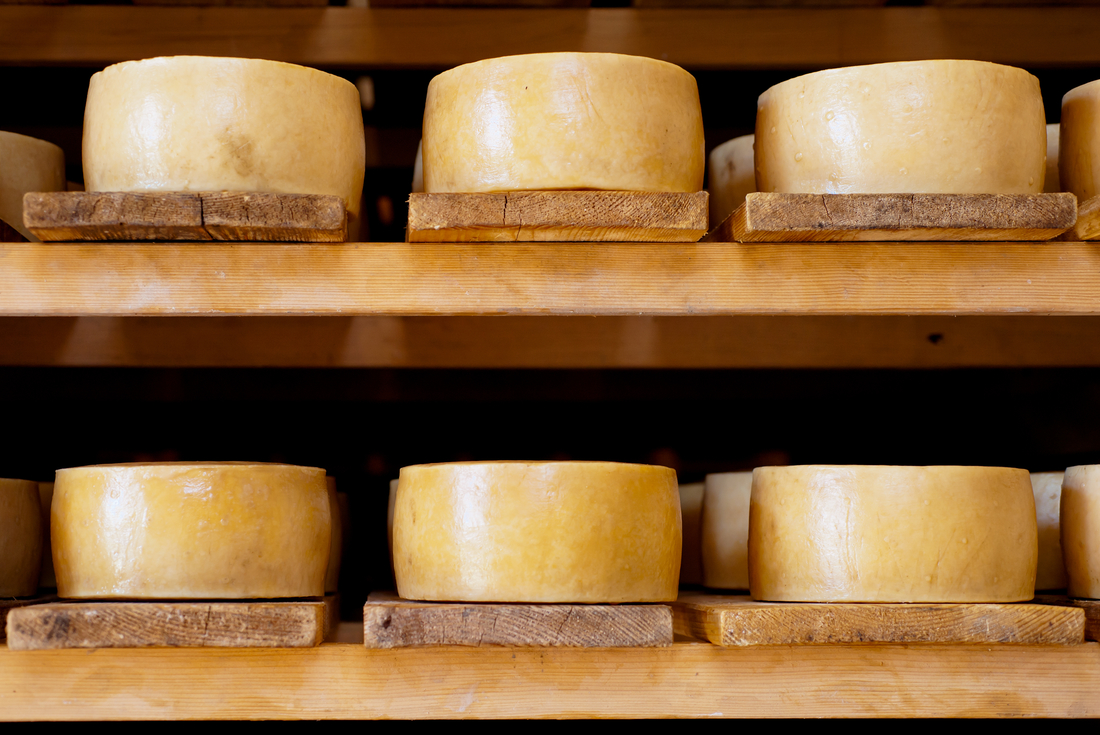 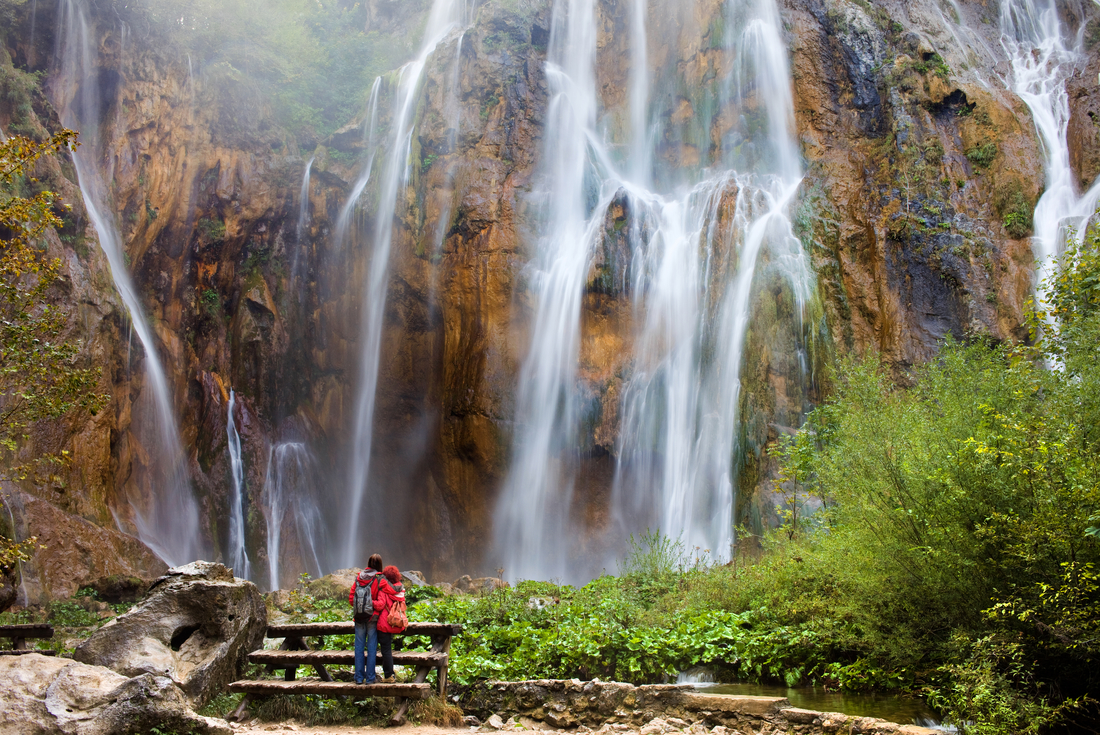 Dobro Dosli! Welcome to Croatia. If Dubrovnik is considered the heart of Dalmatia, Split is certainly its soul. Situated on a small peninsula on the eastern shores of the Adriatic Sea, it's the second largest city in Croatia. Split grew out from Diocletian's Palace and you can almost see it evolving in a multitude of different ways right before your eyes. Some cultures might have made the palace a museum, but the city of Split has always been a dynamic, vibrant place and the palace houses many businesses as well as being home to locals. After the group meeting, perhaps head out for your first taste of Dalmatian cuisine with the group.

Travel by local bus northwest to Zadar (approximately 3 hours). For centuries Zadar was the capital city of Dalmatia, and the city's rich heritage is visible at every step. An important coastal town, the musical steps of the ‘Sea Organ’ on Zadar's waterfront express its important relationship with the sea. Trace marble streets through the Old Town and discover Roman ruins in amongst medieval churches. Enjoy some local food and drinks in a city that’s home to a vibrant café culture. Zadarsko pivo is a light beer with a very pleasant taste, just a little bit bitter, with a rich flavour. Afterwards, perhaps treat yourself to a gourmet meal at a contemporary Croatian restaurant. Try lamb in red wine, 'njoki' with Dalmatian ham and rocket salad, or opt for the popular choice of fresh fish: tuna carpaccio or a fillet in scampi sauce. Also try the famous liqueur, Maraskino, made from locally-grown maraschino cherries according to a centuries' old secret recipe. This unique drink was a favourite at European imperial and royal courts and has been produced in Zadar since 1821.

Today embark on a full day trip to Pag Island (approximately 1 hour from Zadar). The karst island of Pag is home to sheep, and a determined group of islanders who wring themselves a living from the barren, rocky landscape. Settled in pre-Roman times, the island has been at the mercy of the shifting fortunes of various Dalmatian rulers, and today reminders of its prosperous salt-mining past are visible around the island. Explore the old town of Pag, or swim in one of the shallow coves near town that make Pag Island a popular destination for beachgoers. Meet a producer of the island's renowned paški sir – Pag cheese. Eaten sliced with black olives or ham, or grated and used instead of Parmesan, paški sir is salty with a sharp tangy flavour. This distinctive cheese comes from Pag Island's sheep, who roam the rocky island eating aromatic herbs and grass on slopes coated in salt deposits by strong sea winds. The milk is collected in May, left unpasteurised during fermentation, then rubbed with sea salt and olive oil and left to age anywhere from six months to a year. Indulge in some of the cheese along with some local wine. This is followed by lunch, which is usually lamb cooked under the bell, with a vegetarian option available also. Once back in Zadar perhaps visit the famous modern ‘Greeting to the Sun’ and the more ancient St. Donat`s Church and St. Anastasia’s Cathedral.

Take a drive inland and travel north to your next base of Grabovac (approximately 2 hours). Here you’ll visit Plitvice Lakes National Park, a misty Eden of endless waterfalls and spectral blue lakes. Fed by the Bijela and Crna (White and Black) Rivers, the waters tumble from a high, tree-lined ridge down through the valley and skirt dense forests of beech, spruce and pine. A series of wooden walkways pass over the landscape, ensuring there’s little impact upon the park. 16 stunning turquoise lakes, fed by underground springs, are split into the upper and lower lakes. The upper are in the dolomite cliffs, where rushing water weaves in and out of the karst, dropping dramatically down to the lower lakes, with enchanting forests, grottoes and steep cliffs. This interplay of water, rock, and plant-life creates a wondrous, dynamic landscape, changing the water colour from azure to bright green, deep blue to grey. Look to the canopy for over 120 species of birds, including hawks and owls. The butterflies that hover through the trees transform the park into a riot of colour in the autumn. Even amongst this pristine natural beauty, the Plitvice Lakes are shadowed by the region's history. The 1991 civil war erupted here after rebel Serbs took control of the park's headquarters, holding the park for the duration of the war and devastating infrastructure, though thankfully leaving the natural landscape intact.

Take the drive to Pula, the capital of the province of Istria (approximately 4 hours). A Roman amphitheatre, a wealth of architectural sights and a hedonistic bent make Pula a great place to catch a concert or sample some Istrian cuisine. Pula has a long history as a Roman citadel, a pirate target and a naval port, and today this regional and economic centre is powered by shipbuilding, textiles, metals and glass. On a free day, a wander through Pula's Old Town is like a step back in time to its heyday as a Roman regional administrative centre. Follow the Roman walls and pass through the Triumphal Arch of Sergius from 27 BC. On the pedestrianized streets of the Old Town, see the ancient Forum, whose sole remaining structure is the Temple of Augustus, rebuilt after almost total devastation in World War II. The Roman Amphitheatre is Pula's most impressive sight. Overlooking the harbour, it was built in the 1st century and designed to hold up to 20,000 spectators, who revelled in the bloodthirsty gladiatorial contests shown there. It’s a spectacular sight as the sun sets.

Cross the border into Slovenia and travel into the Julian Alps to Bled (approximately 3.5 hours). En route, stop in the coastal gem of Rovinj, one of the best-kept towns on the Adriatic Coast. There will be time to wander the picturesque streets this morning, taking in colourful buildings and a splendid waterfront with a relaxed Mediterranean feel. Through the centuries, Rovinj’s character has enchanted many an artist or writer, including Jules Verne. Climb the campanile of Sv Euphemia Cathedral in the middle of the old town, or browse the stands of the daily open-air market for truffles, olive oil, seafood or fruit and vegetables. Alternatively, you may just want to find a spot for a cold drink and watch the world go by. After another short drive, arrive in Bled, situated on the stunning lake of the same name. Take in the mountainous backdrop, lake, and impressive cliff-top fortress, which all combine to make this a wonderful place to visit. There are many outdoor activities to get the blood pumping in Bled: rafting, caving, canoeing and swimming, to name a few.

This morning embark on a walk around beautiful Lake Bled with your leader (approx 2 hours). This scenic walk passes some impressive villas, mostly from the beginning of the 19th century, including the residence of the former Yugoslav president 'Marshal' Tito – today the Hotel Vila Bled. The rest of the day is free for you to explore all that Bled and the surrounding area has to offer. If you’re feeling active, consider riding out to Vintgar Gorge (4 kilometres) and walk through the natural canyon. Bled is renowned for its mild, healing climate and thermal lake water. Maybe head to the 100 metre high cliff-top Old Bled Castle, dating from the 11th century and overlooking sparkling Lake Bled, then take a Pletna boat ride (a wooden, awning-covered boat rowed by a special oarsman) to the island on Lake Bled – climb up the 99 steps to St Mary's Church and ring the wishing bell. Be sure to seek out the famous Bled cream cake, which isn’t hard; nearly every cafe and cake shop in town claims that theirs is the best. You might even consider doing a day trip to nearby Ljubljana, Slovenia's compact yet cosmopolitan capital city. Then, why not celebrate the end of a remarkable journey with a final group meal.

There are no activities planned for the final day and you are able to depart the accommodation at any time. As there is so much to see and do in Bled and the surrounding mountains you may want to consider extending your trip and stay longer in Bled. We are able to book additional accommodation for you, subject to availability. Please enquire at the time of booking.