This is our most popular trip in China and one of the top trips from the entire Intrepid range. The trip may be quick, but it is packed full of experiences that will give you a great insight into China in a short time.. In addition to the main highlights in the big cities of Beijing, Xi’an and Shanghai, you’ll get a glimpse of small-town life in Xitang and a taste of the countryside when we stay near the Great Wall. . Our small group size allows us to explore destinations on foot together, eat in authentic local restaurants, travel by subway and train, and escape the tourist traps – all under the expert guidance of a passionate local leader.. Spend the night in a charming, family-run guesthouse near the Great Wall. Learn how to make dumplings for dinner and see this iconic structure without the masses.

Get a taste of historical China on this culture-stuffed adventure. Travel from Shanghai to Beijing, taking in iconic attractions such as the Great Wall and Terracotta Warriors along the way. In between the well-known sights, you’ll delve beneath the surface, making dumplings with a family who lives near the Great Wall and exploring the quiet canals in the ancient water town of Xitang. 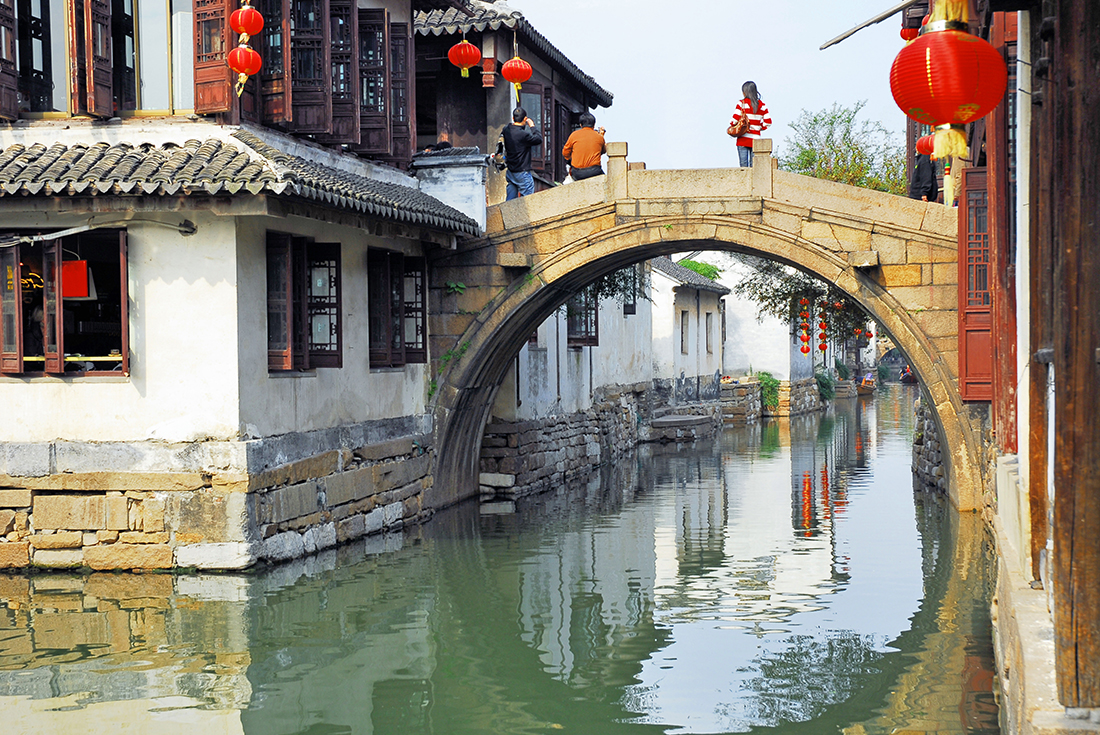 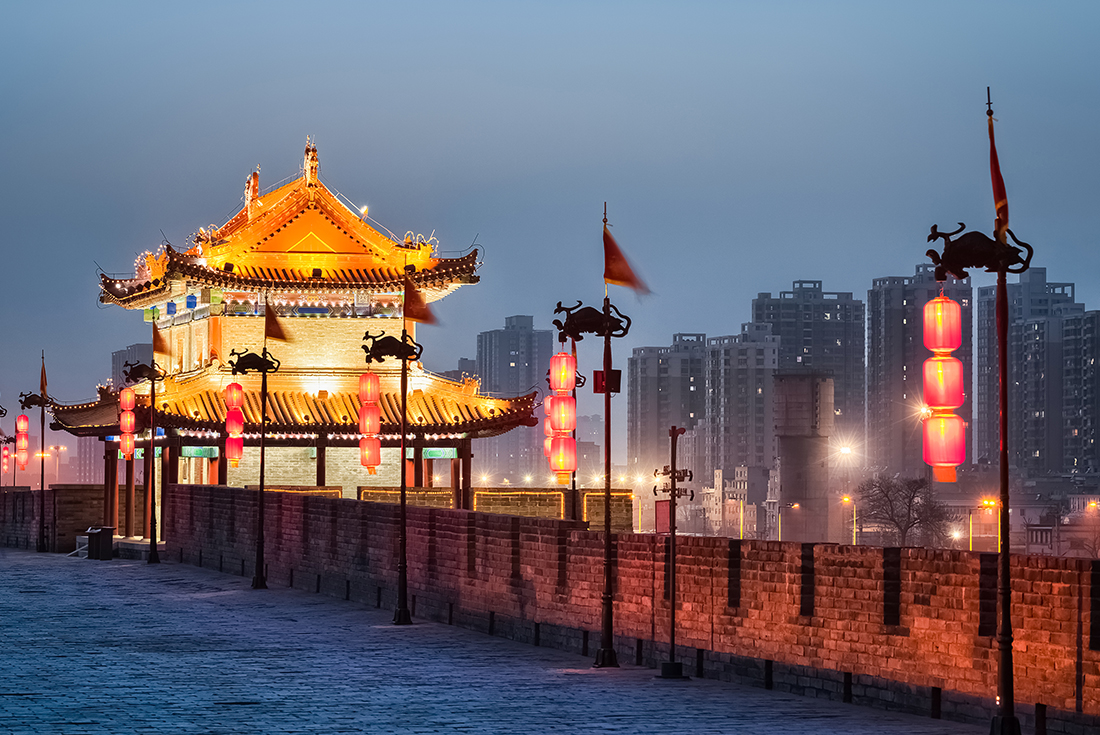 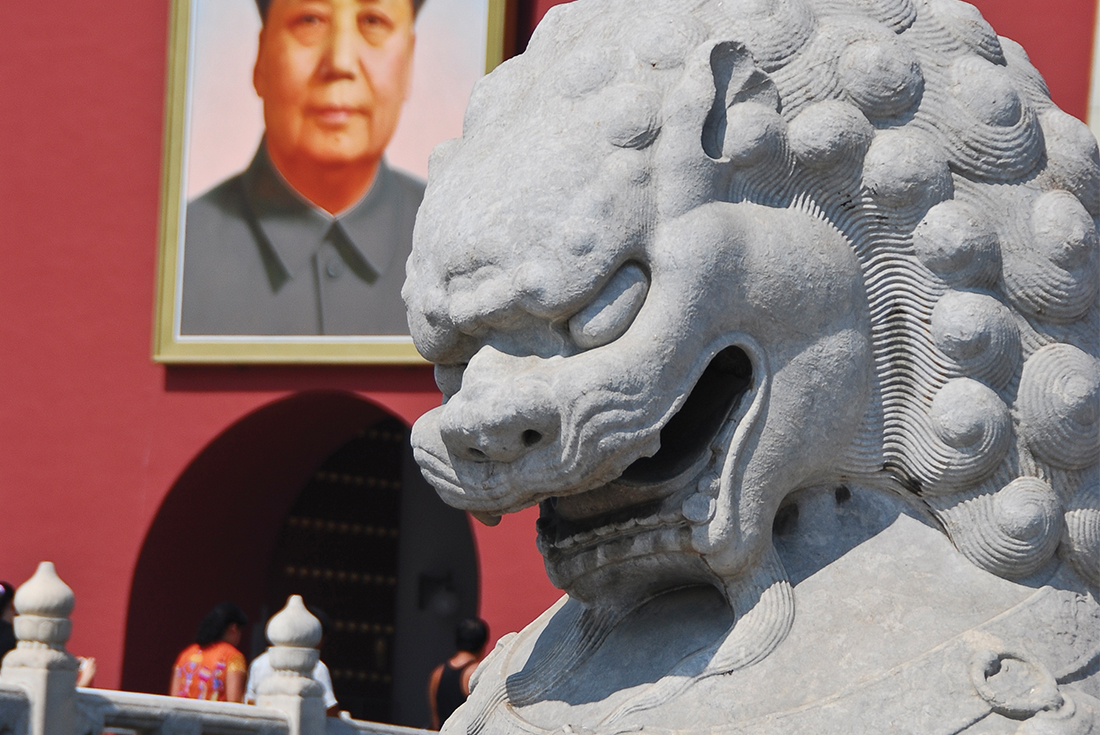 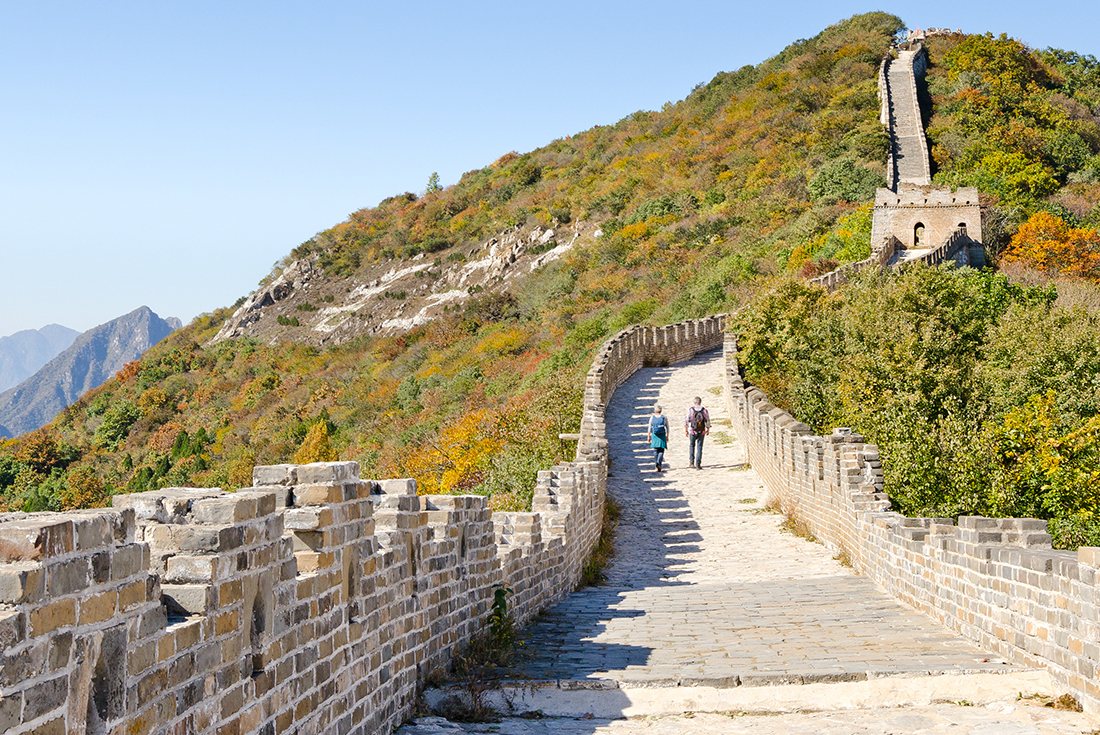 Ni Hao! Welcome to China. Blending 21st-century architecture with old-world character, Shanghai pulses with the beat of new China. Your adventure begins with a meeting at 6 pm this evening. Please look for a note in the hotel lobby or ask reception where it will take place. Settle into your hotel then get a feel for this vibrant city and its bright lights, fevered trade and frenetic pace. The evening is free for your first exploration of the city – perhaps get a taste of Shanghai’s eclectic food scene, which draws influence from far beyond China’s walls.

Join your leader today for a walking tour that'll take you back in time. At the Bund you can get a taste of 1920s Shanghai; its spectacular array of Art Deco buildings line what was once the most important financial street in Asia. Wander the narrow winding lanes (longtangs) of Old Shanghai, where you can get a real glimpse into the locals’ daily life. Explore the European-influenced French Concession and the tree-lined avenues and Tudor mansions of Luwan's Huaihai Road. In the afternoon, leave Shanghai in the rearview mirror and make the two-hour journey to Xitang, a nearby water town. Once a hub for 19th-century trade, Xitang turns on the charm in the evening when all the day trippers go home. Take a stroll along lantern-lit canals and ask your leader for advice on which hole-in-the-wall eatery to pick from, enjoying some classic Chinese cuisine while watching the lights reflected on the waters' surface.

Rise and shine to explore the streets of Xitang. Wander across charming bridges and relax by the canals, sip steaming cups of tea, learn about local history at one of the many museums or simply get lost among the maze of peaceful cobblestone streets – a welcome break from the bustle of modern Shanghai. Return to Shanghai and board an overnight hard sleeper train bound for Xi'an. The journey will take around 15 hours in total, though you'll hopefully be sleeping for most of it. Train travel in China may not be entirely luxurious but it's certainly one of the best ways to come face to face with realities of traversing the country, as it's the main form of transport for local people.

Arrive in Xi’an, the capital of Shaanxi Province and the largest city in northwest China. Once the imperial centre of China for 2000 years, Xi'an is now a vibrant, modern city dotted with many interesting historical sites and is a great place to explore. Today you’ll join your leader on a short walking tour to uncover what was once the start of the ancient Silk Road. Perhaps visit the Bell & Drum Towers, the former built (according to legend) to restrain the dragons that were causing earthquakes, the latter is (unsurprisingly) full of drums, once used to mark time and warn of emergencies. The city also has a wonderful Muslim Quarter, and you’ll wander past quaint shops, lively markets, groups of white-bearded men in skull caps sipping tea in cafes and the Great Mosque, one of the most important in China. See the City Walls and Gates, running over 13 kilometres around the city, then check out your eclectic food options ranging from delicious Muslim fare to great Chinese dumplings. Perhaps visit the night markets and try some of the tantalising local specialties such as pao mo (lamb broth with flat bread), hand-pulled noodles and meat skewers.

Today you’ll journey outside of Xi’an (approximately 2 hours) and visit what is undoubtedly one of the man-made wonders of the world – the Terracotta Warriors. Learn all about this incredible archaeological find, which was discovered after being buried for 2000 years. These clay statues depicting soldiers, horses and chariots were commissioned by the emperor Qin Shi Huangdi as part of his mausoleum after he ascended to the throne in 264 BC. See over 1000 warriors, each individually sculpted from clay and with a different costume, height and facial expression. Afterwards you'll enjoy lunch with a local family nearby.

Today is a big day of travelling so grab some snacks for the journey. Transfer to the railway station then board the high-speed train to Beijing (approx. six hours). Watch the landscape change from farmland and villages to industrialised cities and urban sprawl. On arrival in Beijing, board a private vehicle and make the three-hour drive into the countryside, where you’ll spend the night in a family-run guesthouse. This evening your host will show you how to make dumplings for dinner.

This morning you’ll visit a section of the Great Wall and spend some time exploring, taking photos and learning the history of this mighty site (and sight). An incredible piece of engineering, the wall stretches 6000 kilometres west from Beijing. It was originally constructed to protect Chinese empires from invaders from the north and even though it failed in this purpose, it's still one of the country's most remarkable achievements and an iconic destination. Stroll along the top of the wall, which snakes through the hills almost endlessly into the distance, and you may feel like you have it all to yourself. You’ll then journey back to Beijing (approx. 3 hours) – your last stop on your tour. The capital of the most populous country on earth, Beijing is frenetic city with ancient pockets. There are plenty of places that will give you a great insight into the nation's ancient past as well as China's contemporary culture.

Make your way to the centre of the city. Tiananmen Square – supposedly the largest downtown square in the world – is the symbolic centre of Chinese power. Framed by the Gate of Heavenly Peace, Mao's Mausoleum and the Great Hall of the People, it's a place of pilgrimage for the Chinese tourists who consider it to be the heart of their nation. It's from here that you'll enter the enormous Forbidden City, which was built more than 500 yeras ago and has been off limits to commoners for almost all that time. Despite the transformation of the city around it, the Forbidden City looks much like it always has. Explore the halls and courtyards and you'll appreciate the might and grandeur of the Imperial Chinese court during the Ming and Qing dynasties. In the afternoon, enjoy some free time to explore on your own. Maybe check out the Temple of Heaven before getting together with your fellow travellers for a farewell dinner. There's no better way to celebrate the end of your journey than with a meal of Beijing duck and other northern dishes that your leader can recommend.

There are no activities planned for the final day and you are able to depart the accommodation at any time after check out. There's so much to see and do in Beijing so we highly recommend staying an extra few days. Perhaps take a trip to the 798 Art District, cycle round the city with Beijing Urban Adventures or explore the beautiful, Tibetan-style monastery of Yonghegong (the Lama Temple).