The flexibility of this trip allows you to do what you want. There are minimal inclusions so you can be as active or relaxed as you like, and to a degree that suits your budget.. Sandusky is a place for the child and thrill seeker inside you. Feel your stomach drop on one of the world’s best rollercoasters at Cedar Point Amusement Park. Worship at the sublime altar to Mother Nature that is Niagara Falls, taking an optional wet and wild boat cruise. Enjoy a full day to explore Washington DC. There’s lots to see and do in the US capital, and most of it is free. Visit the White House, Capitol Hill and the National Mall, and feel small next to the statue of Abraham Lincoln

From laidback Chicago, hit the phoenix city of Detroit, find your inner kid in coaster city USA, feel the power of nature at Niagara, and roll through the hills and wineries of New York state. From the endless possibilities of the Big Apple, get a dose of culture in the monument-filled capital and a dash of nature in the Appalachian Mountains. Music lovers rejoice in the homes of country and the blues – Nashville and Memphis – then get a taste of the unique cultural melting pot of New Orleans. 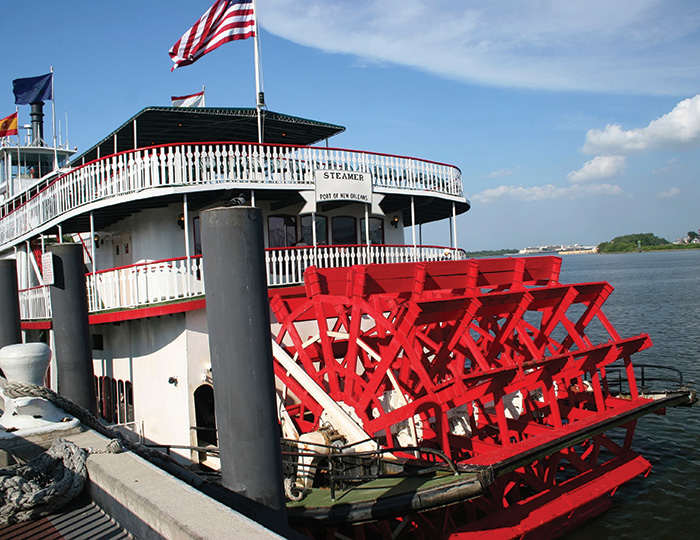 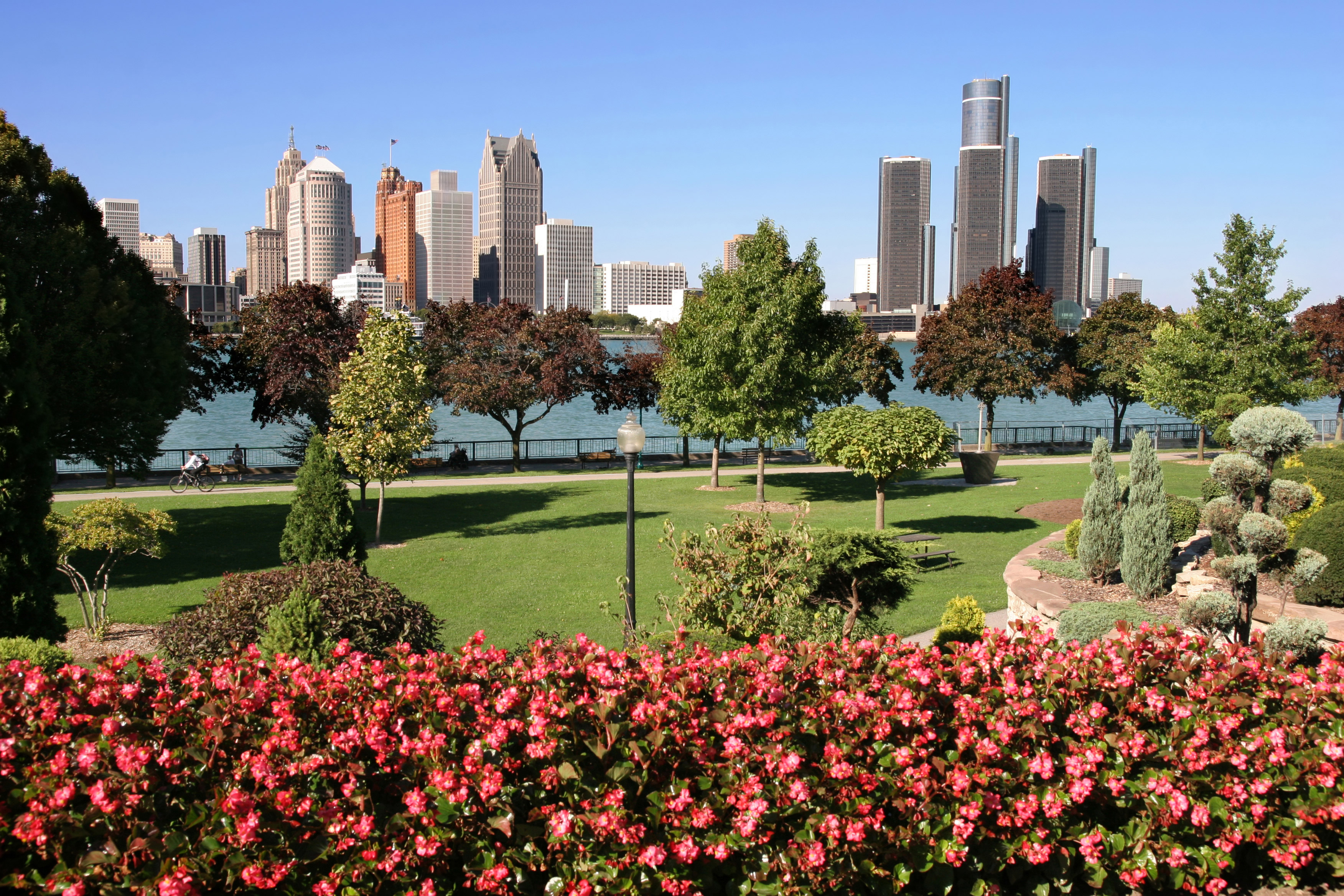 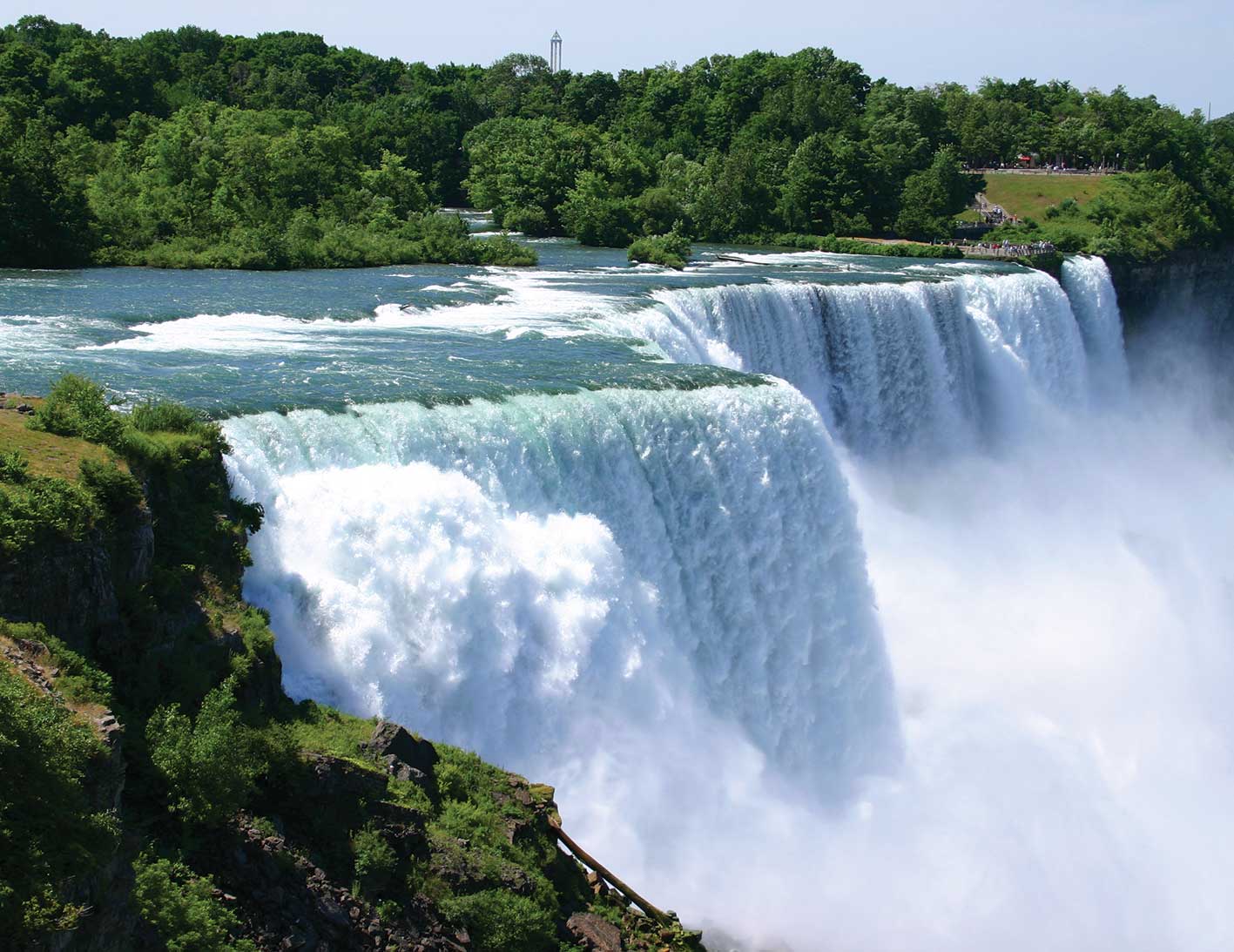 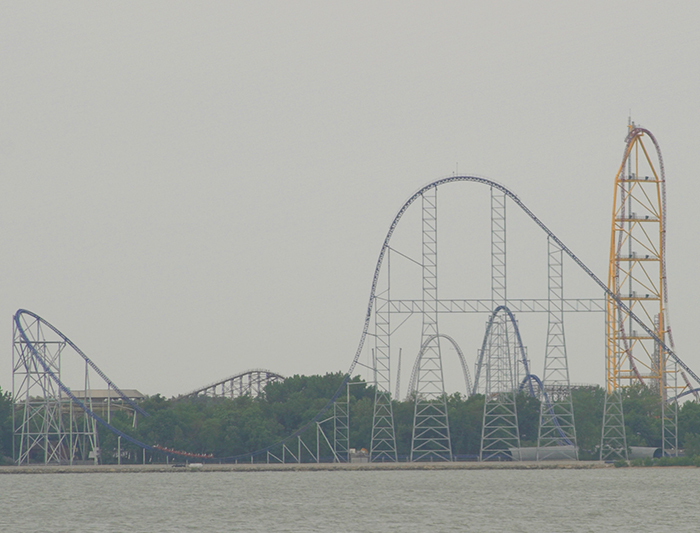 Welcome to Chicago, aka ‘The Windy City’, aka ‘Chi-Town’. It’s laidback, lakeside and has a famously friendly local vibe. You can arrive at any time as there are no activities planned until your welcome meeting at 6pm. Please ask the hotel reception where it will take place. If you're going to be late, please inform the hotel reception. We'll be collecting your insurance details, food kitty and next of kin information at this meeting, so please ensure you have all these details to provide to your leader. As there's no time spent in Chicago on this trip, we recommend you arrive a few days earlier to see the sights. This is one of the country’s most walkable cities, and days can be spent wandering the lakefront paths, checking out the soaring buildings, dropping into the top-notch museums, or cruising down the river. In the evening after the welcome meeting, maybe head out with the group for a slice of the city's legendary deep-dish pizza and some blues music.

Leave the state of Illinois and head east into Michigan and Detroit (approximately 4.5 hours). The city is gritty and urban, but it also has an undeniable energy that its recent bankruptcy hasn't been able to dim. More recently, Detroit has been reinvented with young artists and entrepreneurs moving in, as well as the opening of quirky bars, urban farms, and street art installations like the Heidelberg Project. You could also pay a visit to the Detroit Institute of Arts for a look at one of America's most significant art collections. Alternatively, head to the Motown Museum and Ford Museum for an insight into two of the city's famous exports. The balmy evenings in the city are also perfect for strolling riverside paths and sitting on brew pub decks.

Skirt the edge of Lake Erie and cross the Midwest into Ohio, with Sandusky as your destination (approximately two hours). Make your way to Cedar Point Amusement Park, the so-called ‘Roller Coaster Capital of the World’. Cedar Point also features the Millennium Force, which has been voted the greatest roller coaster in the world, making it the place to be if you love an adrenaline hit. If the thrill of the ride gets too much for you, head to the nearby beach and simply stretch out on the sandy shoreline. In the late afternoon, set up camp near Lake Erie and wander down to the lakeshore for a memorable sunset.

Visit one of the country's greatest natural attractions – Niagara Falls. Follow the edge of Lake Erie all the way up to this famous sight, which sits sandwiched between the borders of the United States and Canada (approximately 4.5 hours). There are numerous viewpoints from which you can appreciate the power of this amazing set of falls, but there's no better way than to approach them from the water. Don a blue poncho and experience the full force of the falls with an optional Maid of the Mist cruise. A word of warning though, prepare to get a little wet. For the ultimate show, head to the falls at night and see them lit up in all of their glory.

Cross into upstate New York and drive to the town of Seneca Falls on the Finger Lakes (approximately three hours). This area is named for its 11 finger-like lakes that stretch north to south between Lake Ontario and the state boarder. As New York’s largest wine producing region, the Finger Lakes region has over 100 wineries to discover (just don’t try and visit them all today!) Perhaps indulge in a wine tasting session or head out on a hike to a nearby waterfall. Taughannock Falls State Park is home to a 215-foot waterfall, 33 feet higher than Niagara Falls itself! The park's walks are dotted with little waterfalls along the way and the surroundings are just beautiful. Set up camp for the night in the state park.

Leave the natural setting of the Finger Lakes and head to the urban jungle of New York. This journey usually takes around five hours, but as the traffic can be really busy, please be prepared for delays. While in New York, we actually stay across the Hudson River in Newark, New Jersey. It is a short subway ride over to Manhattan for your evenings and free day, and your leader will assist you with directions for getting around.

This is a free day in New York. Take the subway over to Manhattan and spend the day exploring this bustling metropolis. Perhaps check out the view from the Empire State Building or Rockefeller Center, take a stroll around Central Park, or be moved by the World Trade Center museum and memorial. Tonight, why not see what's playing on Broadway or head to one of East Village's craft cocktail bars?

Today, drive south towards the nation's capital of Washington DC, stopping at Philadelphia on the way for a quick look at some of the highlights of the Old City, including the Liberty Bell, Independence Hall, and the 'Rocky' steps. After touring around Philly, continue onto DC. The total driving time from New York to Washington DC will take about seven hours.

Today is a free to explore Washington DC, with the city being easily discovered on foot. To see as much as you can today, it may be an idea to get a map and make a plan. Choose from any of DC’s almost 100 world-class museums – the National Air and Space Museum, the U.S. Holocaust Memorial Museum, the National Museum of Natural History, and the Newseum are just a few. There are also many other small fascinating museums hidden around the city. The city is overflowing with iconic monuments and buildings, so don’t miss the White House, Capitol Building, Washington Monument, Lincoln Memorial, MLK Monument, FDR and Jefferson Memorials. You’ll most likely do a lot of walking today, so maybe reward yourself with a relaxing evening.

Journey into the breathtaking scenery of the Blue Ridge Mountains, part of the Appalachian Mountains (500 km). Shenandoah National Park is one of the highest and most scenic portions of the Appalachian Mountains. Taking the Skyline Drive along the crest of the mountains, travel through deep woods and past spectacular vistas. Stop to stretch your legs under the impressive oak trees and admire the gorgeous views. Later in the afternoon, drive to your campsite for the night. Total driving today will take around eight hours including stops.

Drive for around six hours further south today to Nashville, Tennessee. Once settled into the campground perhaps visit the Country Music Hall of Fame, which contains the golden Cadillac that once belonged to Elvis. Another point of interest is Music Row, where more than 50 recording studios and approximately 200 music publishing houses are located. The Wildhorse Saloon is a great spot in the evening to experience authentic southern food and live music.

Head west this morning to Memphis, which should take around four hours. Just out of the city you can visit Graceland, Elvis Presley's former home and the site of his tomb. Here you can see the famous jungle room, as well as his cars, private planes and much more. In the evening, consider heading down to check out Beale Street's traditional blues clubs, made famous by legends such as W.C Handy, Howlin' Wolf and B.B. King. For those with an interest in history, there's the National Civil Rights Museum (at the former Lorraine Motel) where Martin Luther King, Jr. was assassinated. If you have time, a must-see in Memphis is Sun Studio - the 'Birthplace of Rock'. It boasts the first recordings of legendary performers like Elvis, Johnny Cash and Jerry Lee Lewis.