Explore two of the oldest colonial towns in Central America – Granada and Leon. Both cities are packed with colourful historic architecture, interesting museums and plenty of vibrant shops, cafes and restaurants. Volcanoes, wildlife-rich rainforest, stunning beaches and ancient rock carvings – Ometepe Island has it all. You’ll have plenty of free time to explore the island, which is set into beautiful Lake Nicaragua. Spend time at Los Ramos, a local indigenous community on Ometepe Island, to experience a slice of local island life. Learn how to make tasty traditional Nicaraguan dishes, then sit down for a meal. Chill out in the colourful coastal town of San Juan del Sur, where the beaches are beautiful, the waves are tailor-made for surfing and there’s a hammock with your name on it

With a nickname like the ‘land of lakes and volcanos’, a trip to Nicaragua wouldn’t be complete without plenty of time spent at both. Tick both boxes by visiting Ometepe Island, a lush, rainforest-filled island formed by two volcanos that rose from Lake Nicaragua. Learn about Nicaragua’s revolutionary past in bohemian Leon, stroll the colourful colonial streets of Granada, then head to Nicaragua’s Pacific coast for the sun, surf and laid-back vibes of San Juan del Sur. In Nicaragua, the nature is uninterrupted, the food is delicious and volcano boarding is real slightly-scary-but-thrilling sport. Experience it all on this nine-day adventure. 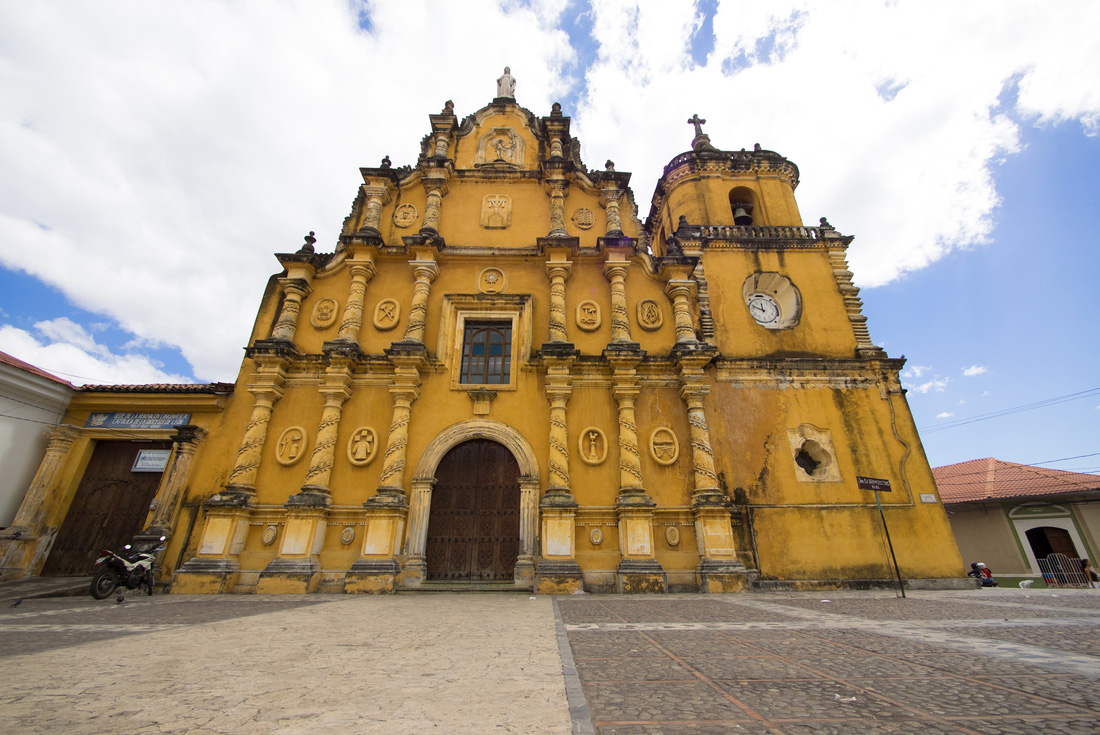 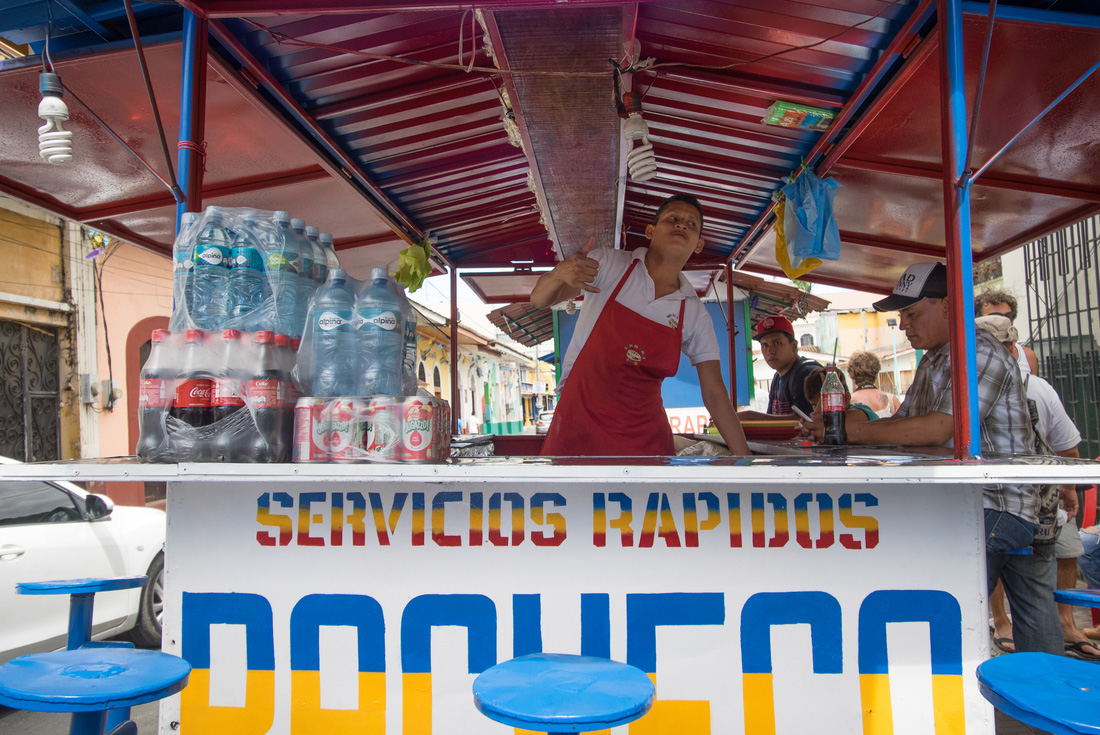 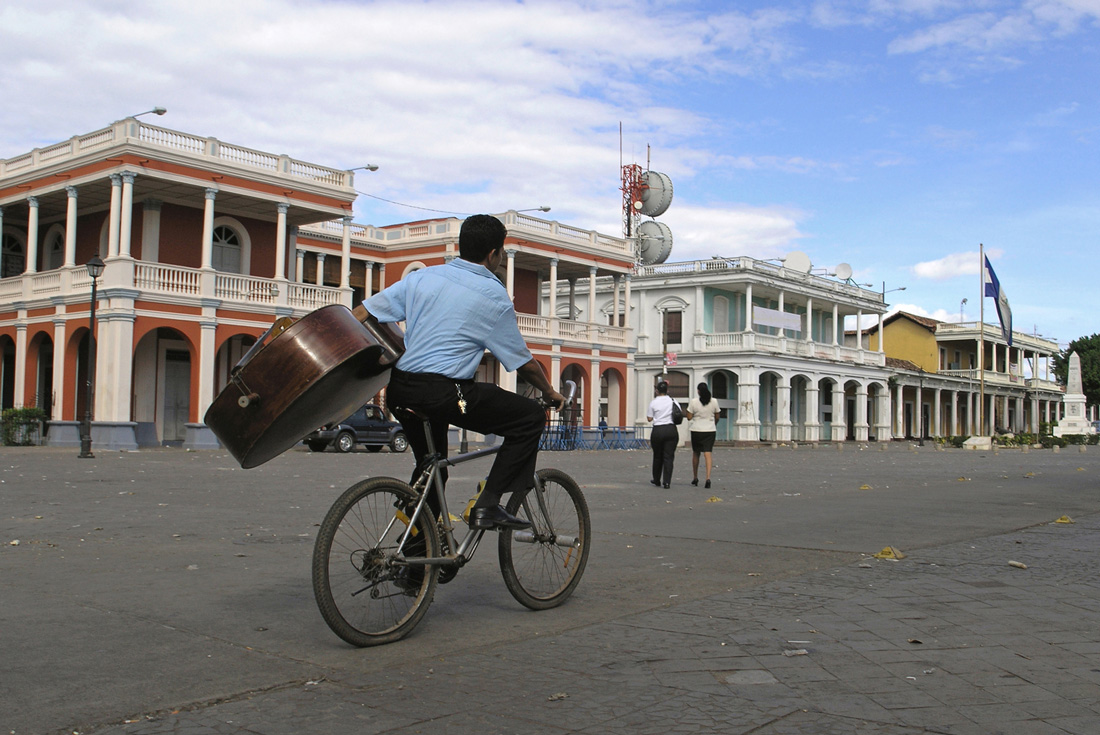 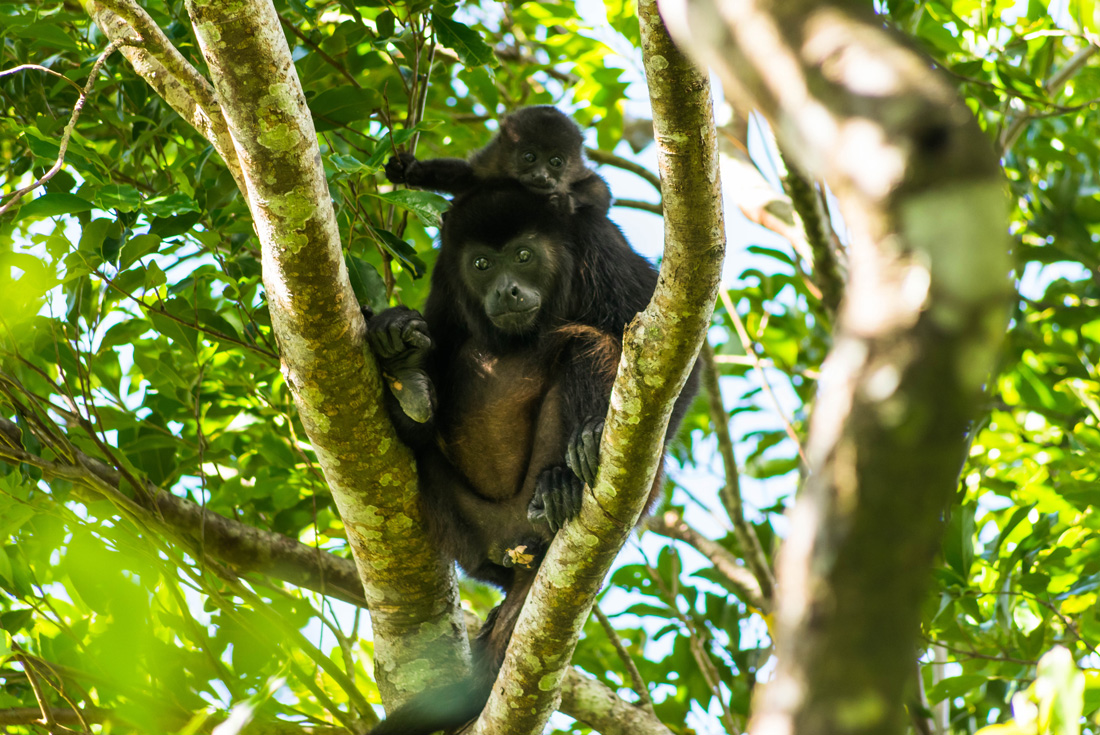 Bienvenidos a Nicaragua! This adventure begins in the nation’s laidback capital with a welcome meeting at 6 pm where you'll meet your tour leader and travel group. After this important meeting, you have to choice of going to an optional dinner. Why not use this opportunity to get to know your new travel companions better over a few cold Tonas (a Nicaraguan lager). Otherwise, the city's main drag, Calle la Calzada, is a great place to venture to on your own. A bustling pedestrian-only street, you'll find a slew of great restaurants and cafes here.

Begin the day with a guided walking tour, taking in some of Granada’s best sites. Visit the lively Parque Central and its bright, canary-yellow cathedral; the main market, Mercado Municipal, for a chance to browse some of the handcrafted goods and souvenirs on offer; and the 16th-century La Merced Church, where you can climb its spiral staircase to the bell tower for panoramic city views. Balance your exploration of Granada’s colonial streets, with a visit to Convento y Museo San Francisco, to view its collection of indigenous stone statues and learn about the people who inhabited this place before (and after) Spanish colonisation. After getting a feel for the city on foot, hop in a boat for a two-hour tour of Lake Nicaragua, known colloquially as Cocibolca. Discover Las Isletas, a collection of about 365 small islands that formed after a volcanic eruption thousands of years ago. Today, many of these volcanic isles are tree-covered oases, rich with a variety of bird species and wildlife. Continue your exploration of the area’s incredible natural beauty and head west towards Masaya Volcano National Park, stopping at Laguna de Apoyo (Apoyo Lagoon), a pristine crater lake, along the way. Here's your chance to buy lunch (optional) and there’s time to take a dip or rent a kayak and do some paddling before continuing to the national park as the sun begins to set. Have your camera handy as you head to a viewpoint to witness a lake of lava bubbling and glowing from Masaya Volcano.

This morning, travel to Leon by bus. It’s about a three-hour journey to Nicaragua’s second largest city – take the chance to learn some Spanish phrases from your leader during this time. Like Granada, Leon is an old colonial city packed with stunning historic architecture, restaurants and interesting museums, but what sets Leon apart is its bohemian energy. Its political history and role in the revolution can be seen painted on the walls of its streets. Home to the first university in Nicaragua, Leon is an intellectual town with an appreciation for the arts. Upon arrival, embark on an orientation walk with your leader, then the rest of the day is yours to explore.

Enjoy a free day to explore this exciting city. A good place to start is its magnificent, World Heritage-listed cathedral. A combination of baroque and neoclassical architecture, it is the largest cathedral in Central America. The tombs of several prominent poets, including Leon’s favourite son, Ruben Dario are found within. If it’s a clear day, head to the roof for a view of the city and nearby volcanoes. Another option is to delve into Nicaraguan culture and spend time at its intriguing museums like the Museum of Legends and Traditions or the Ortiz-Gurdian Foundation Art Museum. For a more thrilling option, head to Cerro Negro, an active volcano just outside Leon, and try your hand at sandboarding. Your tour leader can help you organise this activity.

After breakfast, travel by private minivan to the ferry port in Rivas (about three to four hours), then catch a one-hour ferry to the island of Ometepe. Hourglass-shaped Ometepe Island is formed by two volcanoes rising out of Lake Nicaragua ('Ometepe' literally means 'two volcanoes' in the Nahuatl language). The island is home to fruit plantations, deep jungle and exotic wildlife such as monkeys and parrots. Get acquainted with the island on an orientation walk with your leader, then head to Los Ramos, an indigenous community situated right in the middle of the island’s volcanos, for a cooking class. Learn traditional techniques used to make Nicaraguan dishes like nacatamalies (a type of tamale) or guacales, before sitting down to a meal together.

Today you have a free day to discover the island. Perhaps take a hike up to the summit of either the Concepcion or Maderas Volcanoes. Be warned - at 1700 and 1340 metres above sea level respectively, these treks are no walk in the park. You might prefer to splash around in the natural springs, soak up the sun on the beach or check out the island's petroglyphs (ancient rock carvings).

After breakfast, begin the two-hour journey (by ferry and public bus) to San Juan del Sur, a laidback surf town on Nicaragua’s south-west coast. Though the beach that lines the town’s horseshoe bay itself isn’t particularly great for swimming, you don’t need to travel far to find beautiful golden beaches with year-round waves. Go on an orientation walk with your leader and then enjoy free time to acquaint yourself with this fun little town.

Today is free to further explore the colourful coastal scenery. If you’re feeling active, San Juan del Sur has plenty to offer. Perhaps rent a surfboard and spend the day riding the waves at nearby beaches like Playa Maderas or Playa Marsella. Alternatively, head south to La Flor beach reserve, where it’s possible to see olive ridley, hawksbill, leatherback and green sea turtles nesting between July and November. A huge statue of Christ (the largest in Central America) sits atop a cliff above the bay. Hike to the top for spectacular views of the town and Pacific. In the evening, the city boasts a variety of greats bars and restaurants where you can share one final meal with the group.

Today after breakfast, your adventure comes to an end. But if you don’t think you had enough me-time in a hammock by the beach and would like to extend your visit, our reservations team would be happy to help you find further accommodation (subject to availability).