The Taj Mahal is not only a sumptuous masterpiece of Indian architecture, but also a truly meaningful stop on any traveller’s journey. Here’s what you need to know about your visit: https://www.intrepidtravel.com/adventures/taj-mahal-travel-guide/. Overlooking the picturesque scene of Moata Lake, the monumental Amber Fort is one sight that will forever be under India’s protection. Experience authentic Rajasthani luxury with a heritage stay at the lavish Bhanwar Vilas in Karauli. Old and New Delhi fuse to create a city that pays homage to past empires, while wrestling with its modern identity

Visit India and follow the famous Golden Triangle. Enjoy the perfect introduction to India’s three most popular destinations – Delhi, Agra, and Jaipur – as we explore the icons and discover the secrets of this fascinating region. Experience the history of massive forts, the opulence of Rajasthan’s palaces, and the traditions of a heritage homestay. Head north into the Himalayan foothills and be introduced to the Mountains and Mystics of this incredible country. These mystical lands look and feel very different from the rest of India – from the food and clothes to the crisp, clean mountain air and spiritual sway of the inhabitants. Discover the complex diversity of India and be enchanted by a land balanced between physical and spiritual worlds. 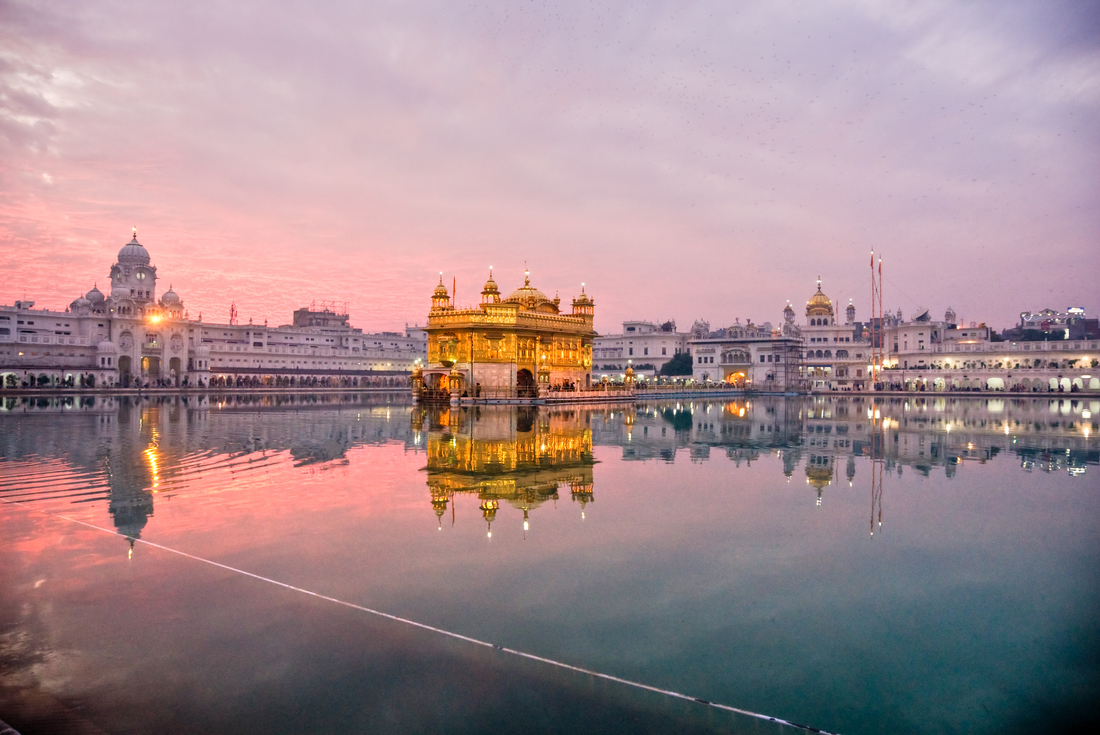 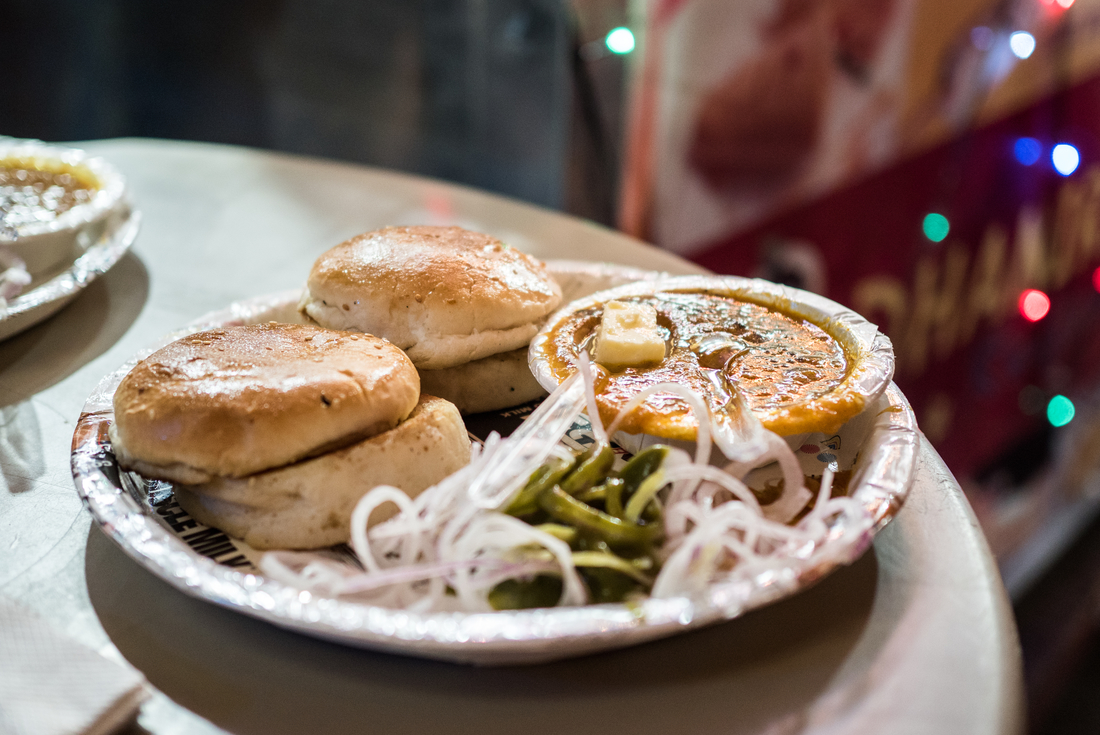 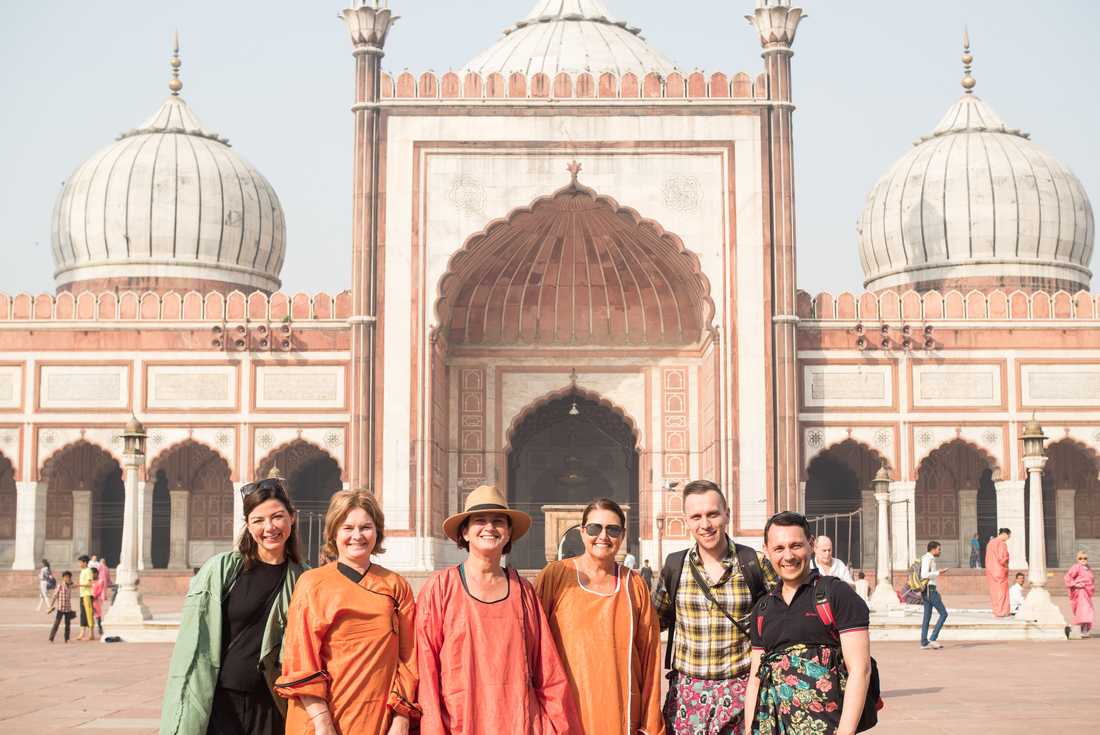 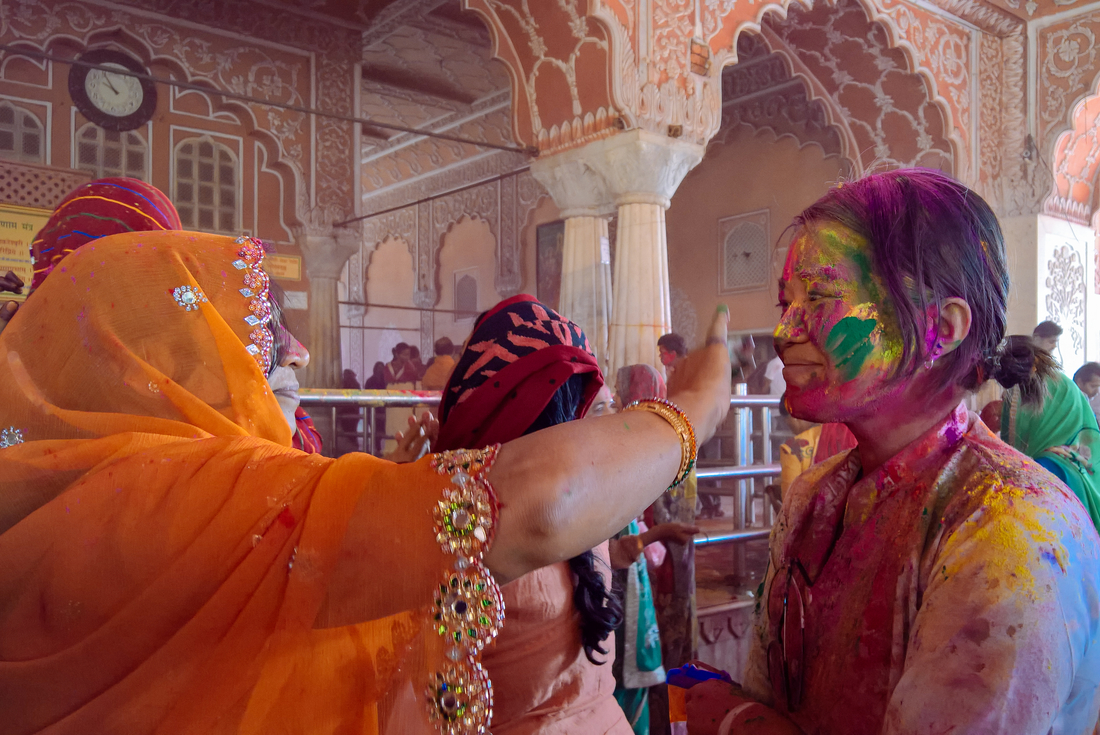 On the journey to Agra, stop en route at the one-time capital of the Mughal empire, Fatehpur Sikri (approximately 4 hours). Its stunning mosque displays both Persian and Hindu design and is secured by a 54-metre high entrance. Once in Agra, there’s the option of visiting the marble tomb that was saved for the greatest of the Mughal Emperors, Akbar's Mausoleum. The day then culminates in a visit to the Taj Mahal, built in the 1640s as a memorial to the wife of Emperor Shah Jahan.

In the morning, take a guided tour along the banks of the Yamuna River to the iconic Agra Fort. Originally designed by Emperor Akbar in 1565 to be a military structure, it was converted into a palace during Emperor Shah Jahan's reign and later became his prison. In the early afternoon, take the 3-4 hour journey back to Delhi by private bus. Arrive back at the hotel with enough time to freshen up and decide whether to enjoy one final dinner with the group.

This morning, join the group for a walking tour around Old Delhi, which has been an important city in India for over 2000 years. Climb aboard a traditional cycle rickshaw and be driven through the colour and chaos of Delhi’s traffic. In the afternoon, learn about the Sikh religion at the Sheeshganj Gurudwara (Sikh Temple) and visit the Jama Masjid – Delhi's oldest and India’s largest mosque.

Depart Delhi by train for the 4-5-hour journey across the state of Punjab to Chandigarh. From Chandigarh, you’ll travel by private vehicle to Shimla. On arrival, get your bearings and explore the town's faded colonial charm on an orientation walk with your group leader.

Wake up early this morning to board the World Heritage-listed 'toy train' for a two-hour scenic journey offering views of quaint villages and gorgeous mountain passes. Afterward, head out and explore Mall Road – Shimla's most popular shopping stretch. A nearby viewpoint also offers fantastic views of the Himalayas. Visit the Viceregal Lodge to witness where the partition agreement that separated India from Pakistan and Bangladesh was drawn up. If you like, join the hordes of monkeys milling about Jakhu Temple or stock up on souvenirs and specialty wooden crafts at Lakkar Bazaar. Set among rolling hills, Shimla also offers an array of nature walks that range from gentle to challenging. In the evening, you might like to enjoy an optional trip to the cinema and bop along to a Bollywood blockbuster.

Travel by jeep to the small town of Mandi. Situated on the Beas River, Mandi has a rich cultural heritage of both historical and theological significance. Once part of the salt route to Tibet, today it's the gateway to the Kullu Valley. Head into town for a walk and explore a huge sunken shopping centre – the only one like it in India and the focal point of entertainment in Mandi. You can also spend time at the bathing ghats along the river or hike to hilltop temples just outside of town. In the evening, enjoy an included dinner and stay in the simply restored former palace of the Raja of Mandi.

Today’s journey through the mountains today is an adventure in itself. Travel by private vehicle for the 6-hour drive along bumpy, winding roads to Dharamsala, also known as McLeod Ganj. Strung with prayer flags and busy with robed monks strolling between monasteries, this hilltop retreat is home to the Dalai Lama and the Tibetan government in exile. Spend the afternoon wandering the peaceful streets, which are set to the backdrop of the Himalayas. There’s a lot to gain here from learning about the many facets of Tibetan Buddhism.