Overnight at the Great Wall at a family run guesthouse, and see this iconic structure without the crowds. With journeys on two sleeper trains, you’ll maximise your time in your destinations, get a chance to interact with locals, and see some beautiful countryside. Like everything it does, China’s ancient history is on an epic scale – see it when face-to-face with thousands of Terracotta Warriors. Venture into the idyllic Huizhou countryside and explore rural villages on foot or by bike

China really does have it all: tranquil countryside offering jaw-dropping natural scenery and invigorating hikes, neon cities boasting incredible food and scintillating nightlife and points of historical, artistic and cultural interest at every turn. Get acquainted with this country’s complexities and contrasts on this fascinating 23-day adventure that will have you walking the Great Wall, trekking through the Longji Rice Terraces, idling the hours away in serene Hongcun, drifting along the Li River and living it up in Hong Kong. Jam-packed with colour and culture, China will astonish you with the levels of diversity and distinction contained within its borders. 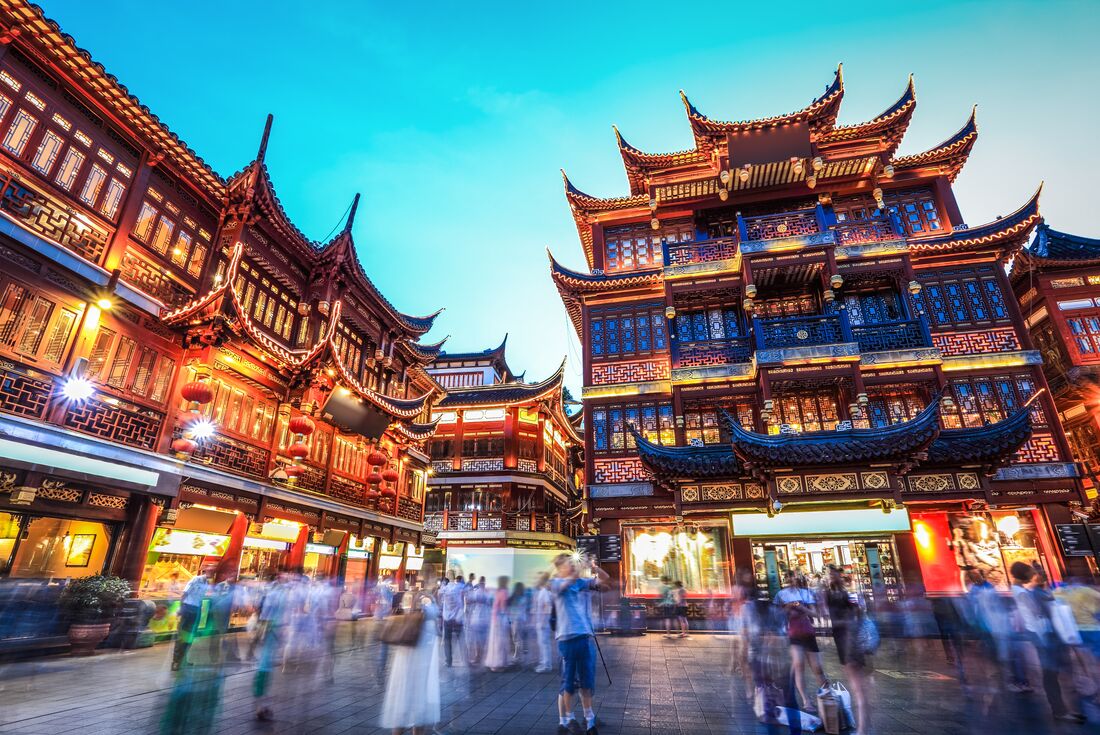 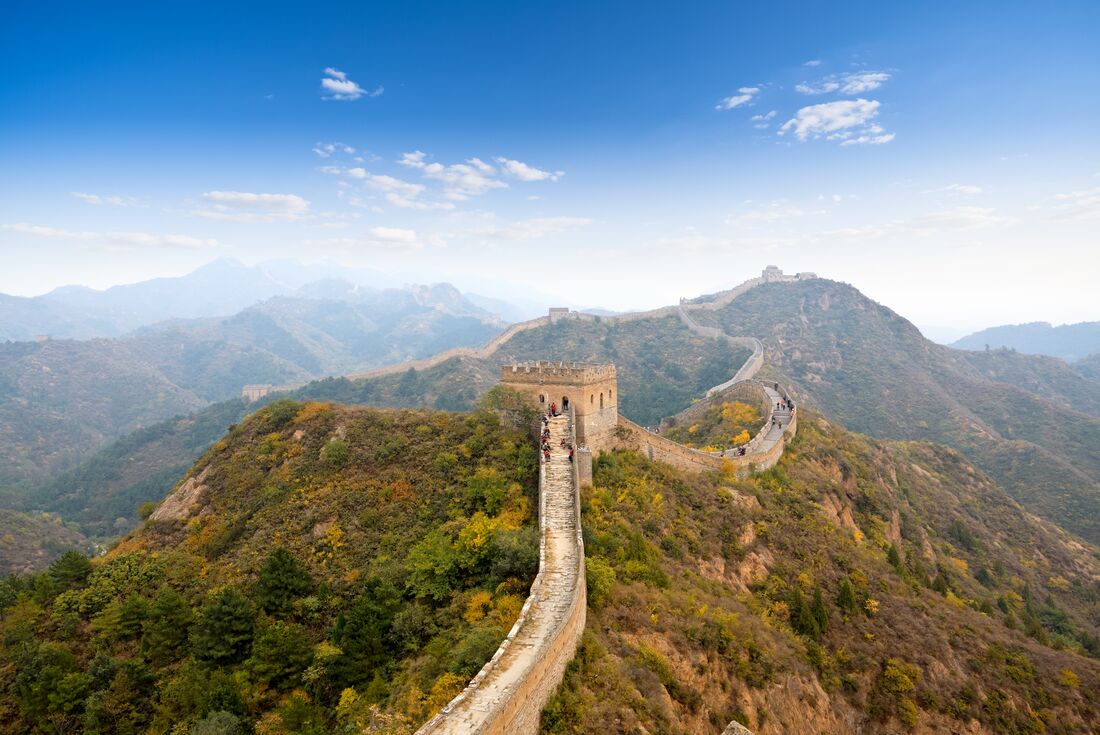 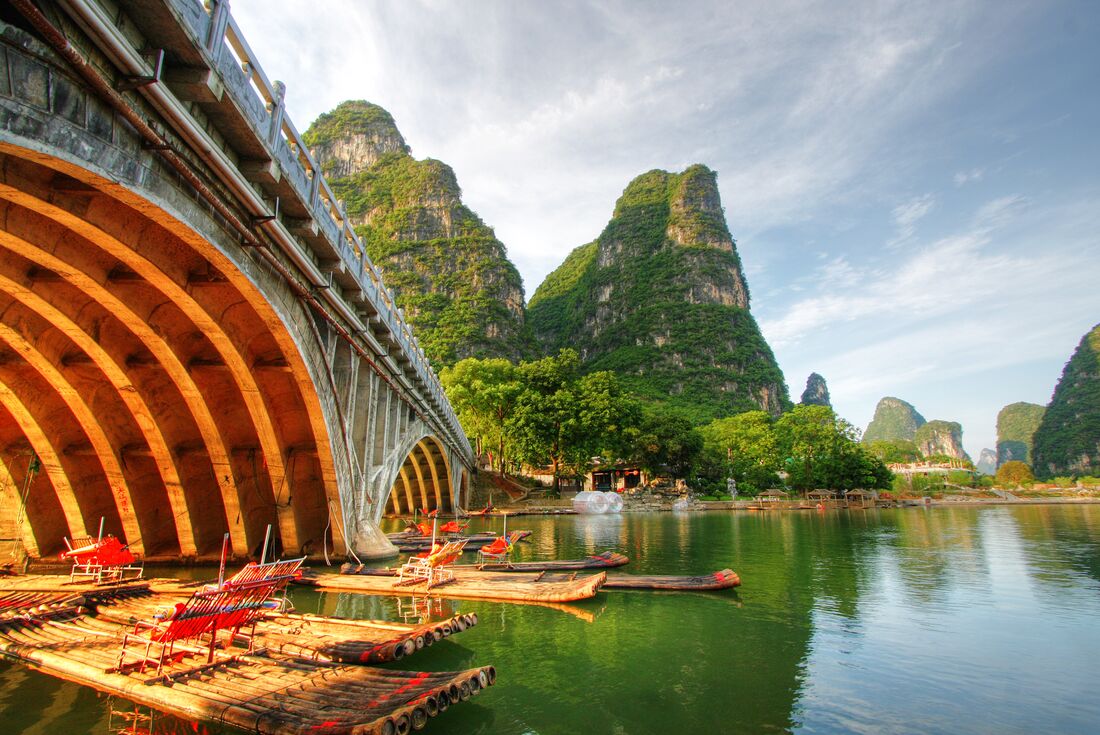 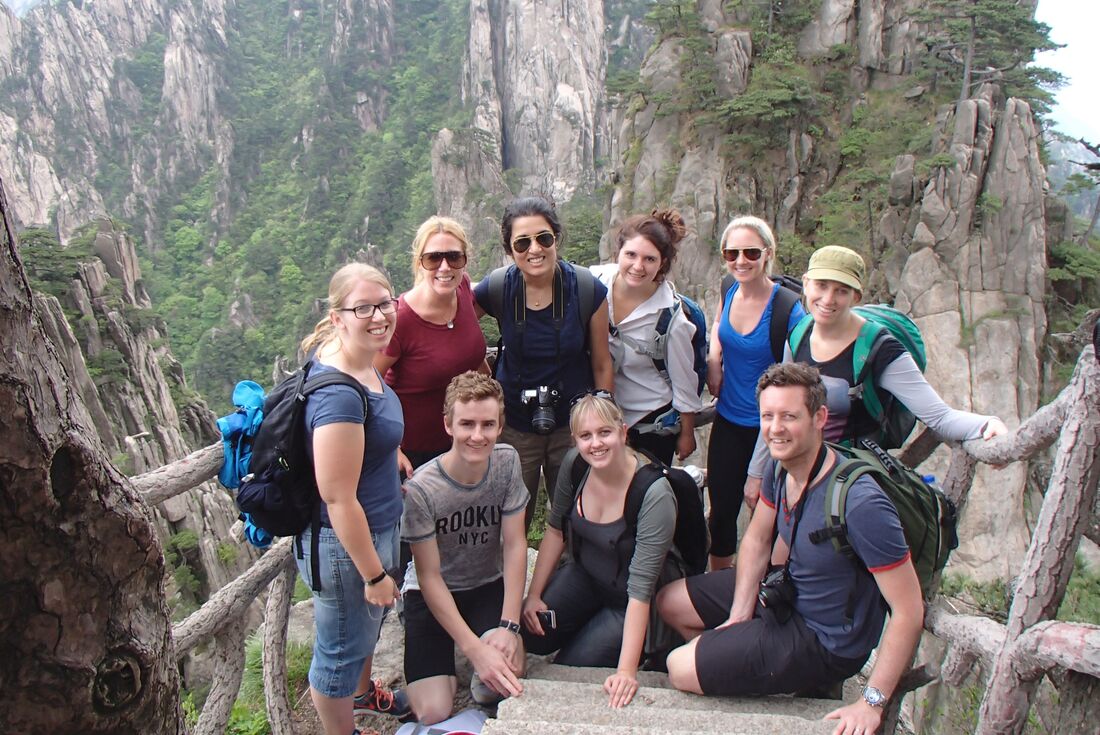 Nimen Hao! Welcome to China. The capital of the most populous country on earth, Beijing is quickly shedding its historical face in favour of modernity. However, there are still plenty of places that give an insight into the nation's ancient past, as well as sights that showcase China's contemporary culture. Your adventure begins with a Welcome Meeting at 6 pm this evening. Please look for a note in the hotel lobby or ask reception where it will take place. Settle into your hotel and then maybe head out to explore the Beijing Streets – with your hotel located centrally, a walk in any direction will unveil all sorts of wonderful surprises.

Today you’ll have some free time in the morning to further explore Beijing before taking take a private bus to a lesser-known section of the Great Wall – Gubeikou (approximately 3 hours drive) in the afternoon. An incredible piece of engineering, the wall stretches 6000 km westwards from the mountain ridges north of Beijing. It was originally constructed to protect Chinese empires from the 'barbarians' of the north and even though it failed in this purpose, it's still without a doubt one of the country's most remarkable achievements and an iconic destination. You’ll spend the night in a family run village guesthouse. The facilities are more basic than some of our accommodation on this trip but you can be assured of great local hospitality. Most travellers will choose to eat at the guesthouse for dinner as it's a great chance to sample local produce and delicious home style cooking.

Today you’ll rise early and trek from the Gubeikou to Jinshanling section of the Great Wall. You will walk over some steep, remote terrain for approximately 5 - 6 hours. Some parts of the wall are un-restored so you'll need to concentrate hard to keep your footing, while in other parts the trail takes you off the wall to walk alongside it through the countryside. You’ll often feel like you have the whole wall to yourself as you take your time strolling along the wall, which snakes through the hills almost endlessly into the distance. Being perched on this incredible engineering feat and surveying the spectacular surrounding countryside is an unforgettable experience. After the trekking, you'll stay at a different guesthouse by the foot of the Wall. Put your feet up, have a few beers or maybe learn how to play Mahjong in the evening.

Mid morning, you’ll travel back to Beijing by bus (approximately 3 hours), and make use of your last bit of free time in the afternoon for more exploration in Beijing, maybe grab some snacks for the upcoming train journey, and then board an overnight hard sleeper train bound for Xi'an (approximately 13 hours) in the evening. Train travel in China may not be entirely luxurious but it's certainly one of the best ways to come face to face with the country and its people, as it's the main form of transport for locals.

Arrive in Xi’an, the capital of Shaanxi Province and the largest city in northwest China. Once the imperial centre of China for 2,000 years, Xi'an is now a vibrant, modern city dotted with many interesting historical sites and is a great place to explore. Head to the hotel to freshen up then join your leader on a short walking tour to uncover what was once the start of the ancient trading route of the Silk Road. Visit the Bell and Drum Towers, the former built (according to legend) to restrain the dragons that were causing earthquakes, the latter is (unsurprisingly) full of drums, once used to mark time and warn in emergencies. The city also has a wonderful Muslim Quarter, and you’ll wander the narrow streets of quaint shops, lively markets, groups of white-bearded men in skull caps sipping tea in cafes, and the Great Mosque, one of the most important in China. See the City Walls and Gates, the most complete in China, running over 13 kilometres around the city. Xi’an’s Silk Road history means it has an exciting mixture of cultures, especially found in its food options, ranging from delicious Muslim fare to great little dumplings in Chinese restaurants. Perhaps visit the night markets and try many of the tantalising local specialties such as pao mo (lamb broth that you break flat bread into), hand pulled noodles, hot pot and barbecue.

Today we will travel by public transport (approx 2 hours) to visit what is undoubtedly one of the man-made wonders of the world – the Terracotta Warriors. You’ll learn all about this incredible archaeological find, discovered in 1976 by farmers digging a well, after being buried for 2,000 years. These clay statues of soldiers, horses and chariots (originally all painted) were commissioned by the emperor Qin Shi Huangdi as part of his mausoleum after he ascended to the throne in 264 BC. Three main pits are open for you to view, where just under 2,000 of the total 6,000 warriors – each individually sculpted from clay, each having a different costume, height, and even facial expressions – stand in battle formation. The scale is incredibly impressive. Afterwards you'll return to Xi'an and then the train station to board your second overnight train to Shanghai (approximately 16 hours).

Blending 21st-century architecture with old-world character, Shanghai pulses with the beat of new China. Arrive and take the subway to your accommodation. You’ll have a full day to explore here, but don't worry if you don't fit everything in, as you will return here for the end of the trip. Today join your leader for a walking tour that will take you to historical Shanghai. At the Bund you can get a taste of 1920s Shanghai; its spectacular array of art deco style buildings, formerly belonging to Western banks, line what was once the most important financial street in Asia. Wander the narrow winding lanes (nongtangs) of old Shanghai, where you can get a real glimpse into the locals’ daily life. Explore the European-influenced French Concession, the area of Shanghai once designated for the French, consisting of today's Luwan and Xuhui Districts. Luwan's Huaihai Road is a busy shopping street and is home to Xintiandi and Tian Zi Fang, extremely popular shopping and dining spots for visitors. The area's tree-lined avenues and their many Tudor mansions still retain an air of the 'Paris of the East'. This evening perhaps get a taste of Shanghai’s eclectic food scene, which draws influence from far beyond China’s walls.

Travel by public bus to Huangshan (approximately 6 hours), otherwise known as Yellow Mountain, where you’ll stay in a local guesthouse for the next two nights. The 72 peaks of Huangshan provide some of China's most stunning scenery, and you have the next two days to explore the mountain however you’d like. The eastern steps are shorter (7.5 kilometre, approximately 3-4 hours), but with less spectacular views. The western steps take longer (15 kilometres) and are more difficult. We recommend taking the cable car up, exploring the trails at the summit and then descending via the western steps. Either way, the dramatic limestone peaks populating this superbly beautiful area make for some breathtaking vistas. After taking in the iconic beauty of Huangshan (which, despite the crowds and unpredictable weather, is a rewarding destination) you’ll return to your guesthouse for a well-earned rest.

Climb aboard public transport to travel through Anhui province to the picturesque villages of the Huizhou region (approximately 2 hours). A number of these villages are now World Heritage sights, and were even the backdrop to scenes in ‘Crouching Tiger, Hidden Dragon’. You will stay overnight in a village guesthouse, giving you plenty of time to wander the maze of cobbled alleys, admire Ming dynasty architecture and ornate stone carvings, or clamber up into the hillsides for panoramic views of the pretty-as-a-picture traditional settlements. You might like to explore more villages on your own by bike or public transport, or just on foot.

A long travel day by public transport (approximately 6 hours) takes you back to the big smoke of Shanghai. Perhaps celebrate the end of your time in China with a night out with the group at a traditional tea ceremony, visit the city's hippest bars, or toast to the conclusion of this memorable Chinese journey in one of Shanghai's great restaurants.

Today you'll have another day to explore Shanghai until 6pm. This is a combination trip, so your group leader and group composition may change. The briefing for the 2nd part of the trip will be at 6pm. Please ask your leader for where the meeting will take place.

Today you have free time to explore this bustling city until this afternoon, when you’ll board your first overnight train from Shanghai to Guilin (approximately 18-20 hours). You could visit the Propaganda Museum for a fascinating look at China's revolutionary past, get a bird's eye view of the city from the Pearl Tower's observation decks, get a taste of 1920s Shanghai along the Bud, wander the Yuyuan Gardens and Bazaar, barter in markets, stroll through modern Pudong or the explore ancient nongtangs. Train travel in China may not be entirely luxurious but it's certainly one of the best ways to come face to face with the country and its people, as it's the main form of transport for locals. We use hard sleeper class trains for most of our overnight train journeys. These are certainly not as rough as they sound – compartments are open-plan, clean, with padded three-tiered berths (6 to a compartment). Wherever possible, we will group our travellers together, but this will depend on group size and ticket availability. Sheets, pillows and a blanket are provided. Some travellers prefer to bring their own sleeping sheet. Safe, hot drinking water is always available. It is a good idea to bring a mug, spoon, knife and fork if you will be preparing your own hot drinks or food on the train (as these are not provided in cabins). Basic bathroom facilities with toilets and washbasins are situated at the end of each carriage. As toilet paper isn't always available, it's best to bring an emergency supply. Keep in mind general train cleanliness may not be to the same standards you are accustomed to. Food is available on the train, but it's a good idea to stock up on snacks for the trip.