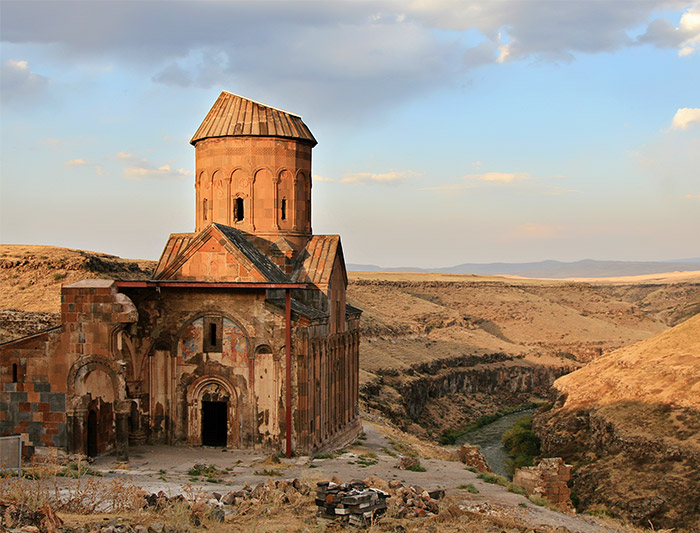 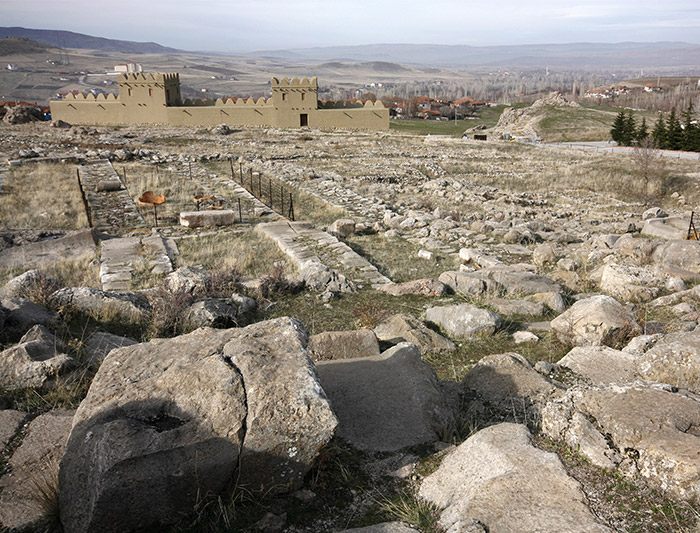 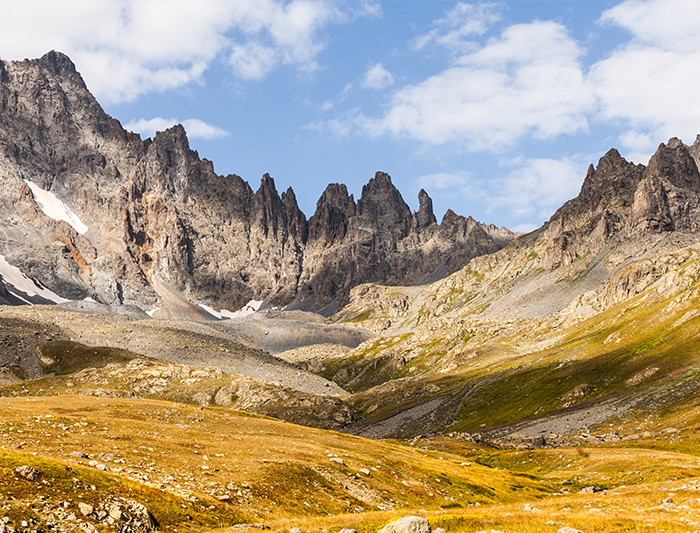 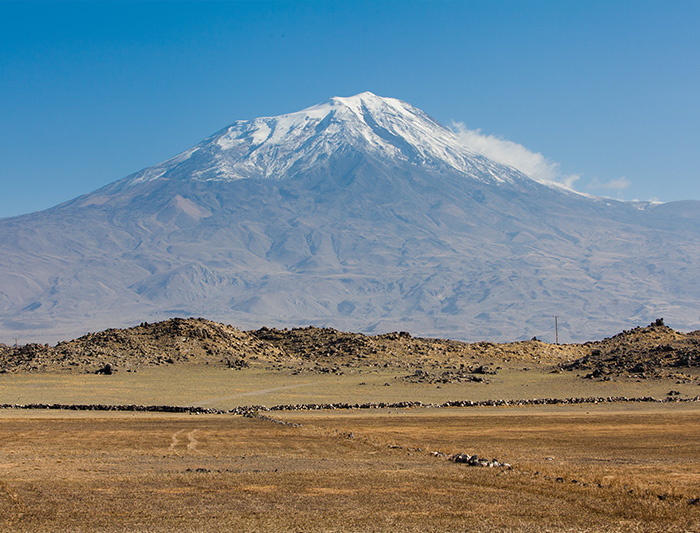 Merhaba! Welcome to Turkey's inspiring capital, the continent-straddling metropolis that the Greeks, Romans, Byzantines, and Ottomans have called home. This adventure begins with a welcome meeting at 1pm – make sure you have all your important documents and details for your leader. Double check with the hotel reception or the noticeboard for meeting confirmations. Following the meeting, explore the hidden laneways of Istanbul's Old Town on a guided walking tour, visiting hidden hans and mosques along the way. Perhaps get to know your fellow travellers better over a meze dinner.Notes: If you can't arrange a flight that will have you arrive at the hotel before 1pm, you may wish to arrive a day early so you're able to attend. We'll be happy to book additional accommodation for you (subject to availability). If you're going to be late, please contact the hotel reception.

This morning, leave the village and head northeast towards the Georgian and Armenian borders – destination Kars. The drive today is a long one (approximately 6.5 hours) but you’ll pass through some of the best scenery in the country, initially along the Black Sea coast, then inland following the course of the twisting Kura River. Make a stop at Ardahan Castle, which sits on the banks of the river and is believed to have first been built in the 12th century during Seljuq rule. An inscription above the entry gate notes a renovation of the fortress by the Ottoman sultan Suleiman the Magnificent in the mid-16th century. There’s time for one more stop before arriving in Kars, and it’s a delicious one – cheese tasting. The village of Bogatepe has become so famous for its cheeses that they’ve built a museum dedicated to it. Up on a high plateau of meadows, this is dairy country, and a lot of the local cheese here is still made using traditional methods. Taste some of the local produce – the emmental-like gravyer and kasar are the best known cheeses – before a traditional home cooked dinner. Then it’s on to Kars for the evening.

Begin the day with a visit to the important site of Ani, the ruined capital of the medieval Bagratid Kingdom of Armenia. This kingdom originally had its capital in Kars, but in the 10th century King Ashot III decided to move it to this new location, which was closer to the main trade routes. Surrounded by rolling steppe on a headland above the valley of the Arpa Cayi River, and right on the border with Armenia, this atmospheric ‘ghost town’ of crumbling ruins makes for one of the most romantic sights in Turkey. After time to explore the ruins – such as the church of Christ the Redeemer, which is split perfectly in half – return to Kars for lunch. Then head back west to mountain-surrounded Erzurum, one of the oldest settlement centres in Anatolia. You’ll arrive around mid-afternoon and make a short visit to the symbol of the city – the striking twin towers of the Cifite Minarelli Medrese. Originally built as a theological school, this splendid building is now an architectural monument to the late Seljuk period. The last part of the day is spent at the ancient trading centre of Rustem Pasa Bedesten, a showcase for the region’s famous black amber Oltu stone, used in jewellery and tespihs (rosaries). In the evening, maybe sample some authentic Cag Kebab, a juicy log of lamb roasted on a horizontal spit.

After breakfast this morning, your journey continues back east towards to the town of Dogubayazit, colloquially known as the 'doggy biscuit'. The three-hour drive will take you through the plateau village of Agri, which shares a name with the nearby Mount Agri (Ararat), the highest peak in the country at 5,165 metres. The mountain has biblical ties, as its said to be where Noah’s Ark rested while the world flooded. You’ll stop here to capture some photos of the magnificent scenery. Continue east to Dogubayazit and spend the afternoon exploring Ishak Paşa Sarayı (Ishak Pasha Palace). This semi-ruined former palace and administrative centre sits among rugged mountains with a magnificent view overlooking the plains below and Mount Ararat in the distance. Take time to wander the restored rooms and take in the stunning scenery. The rest of the evening is spent in Dogubayzit, offering a great opportunity to mix and chat with the locals.

Apart from gifting the world with exotic cats, Van has a deep-rooted history going back as far as 5,000 BC. The city has been moulded by different civilizations and kingdoms throughout history, including Urartian, Armenian, Byzantine, Seljuk and Ottoman influences. You can find their fingerprints scatted throughout the city, such as the Urartian Van Fortress and Armenian Holy Cross Cathedral. Nature has also blessed Van with an idyllic location right next to the largest body of water in Turkey. Travel to Van (approximately 2 hours) before taking a boat trip across the lake to Akdamar Island and visiting the Holy Cross Cathedral. This 10th century Armenian construction houses impressive faded frescos, while the exterior stonework is carved with epic biblical scenes. Afterwards, make the most of free time to wander town, visit the bizarre Lake Monster statue, and spot the occasional Van cat.

It’s time to farewell eastern Turkey as you take a flight from Van back to Istanbul (approximately 2 hours).After checking into your hotel you will take a public bus to the historical district of Balat and Fener. Located on the Golden Horn this area is listed on the Unesco World Heritage List due to its historical buildings. We will start our Tour at the Fethiye Museum which was the church of Pammakaristos built in the East-Roman period, from here we will stroll down to the Golden Horn taking in the local neighborhood and the colourful architecture. Have your camera well charged for this locality is a photographers dream.The rest of the afternoon is free for you to explore the city or relax. Perhaps explore the labyrinthine Grand Bazaar – a haven for bargain hunters with more than 4,000 shops – soak up the aromas of the Spice Market, take in the view of the Blue Mosque, head underground to the subterranean Basilica Cistern, or walk along Istiklal Caddesi, arguably the city’s most popular strolling, shopping and snacking street. Maybe relax with a steam, sauna and massage at a traditional Turkish hamam, or just sit at a cafe and take in the unique atmosphere. Istanbul offers a plethora of great eating spots and lively night venues; your tour leader knows all the best places, so they can recommend some great options.

This expedition comes to an end today. As there are no activities planned, you are free to depart your accommodation at any time. There is so much to see and do in and around Istanbul, so you may want to consider extending your stay here. Perhaps join one of our Urban Adventures and explore the city's thriving night markets. We are happy to book additional accommodation for you, subject to availability. Please enquire at the time of booking.