Travel into stunning, sparsely-populated Far East Russian Siberia via two incredible feats of railway engineering – the Permafrost Express and the historic Baikal-Amur Railway – in the short window of summer.. Explore Yakutsk, the largest city built on continuous permafrost, and wonder at the unique architecture and cultural practises born of the harsh environment.. Celebrate the arrival of summer during the Ysyakh Festival, where the locals perform traditional Yakut sports, dance into the night and feast on local delicacies like roasted horse meat.. Stay overnight in Ust-Buotama National Park and visit a bison nursery, hike through evergreen forest and see the towering limestone rock pillars that line the Lena River.

Siberia – the very word has become symbolic for all that is remote, rugged and mysterious. This 15-day Expedition is your chance to discover a region that is as enigmatic to outsiders as it is vast. Travel into Russia’s Far East on the historic Baikul-Amur Railway, then board the new Permafrost Railway to Yakutsk, a city built on frozen ground. Learn the secrets of life in the Sakha Republic and immerse yourself in the traditions of the Yakut people. Celebrate the beginning of summer in what is normally one of the coldest cities on earth, revelling in the sun and warmth with locals during the Ysyakh Festival. Admire the wild beauty of the landscapes and tenacity of the people who call rural Russia home. 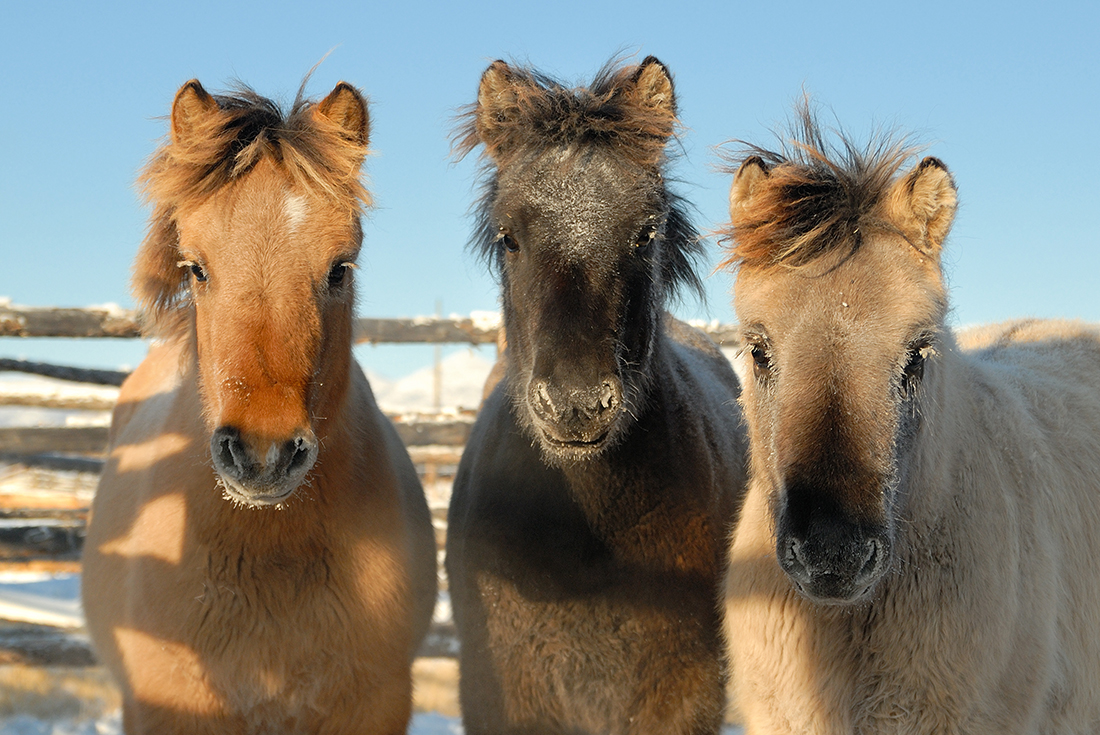 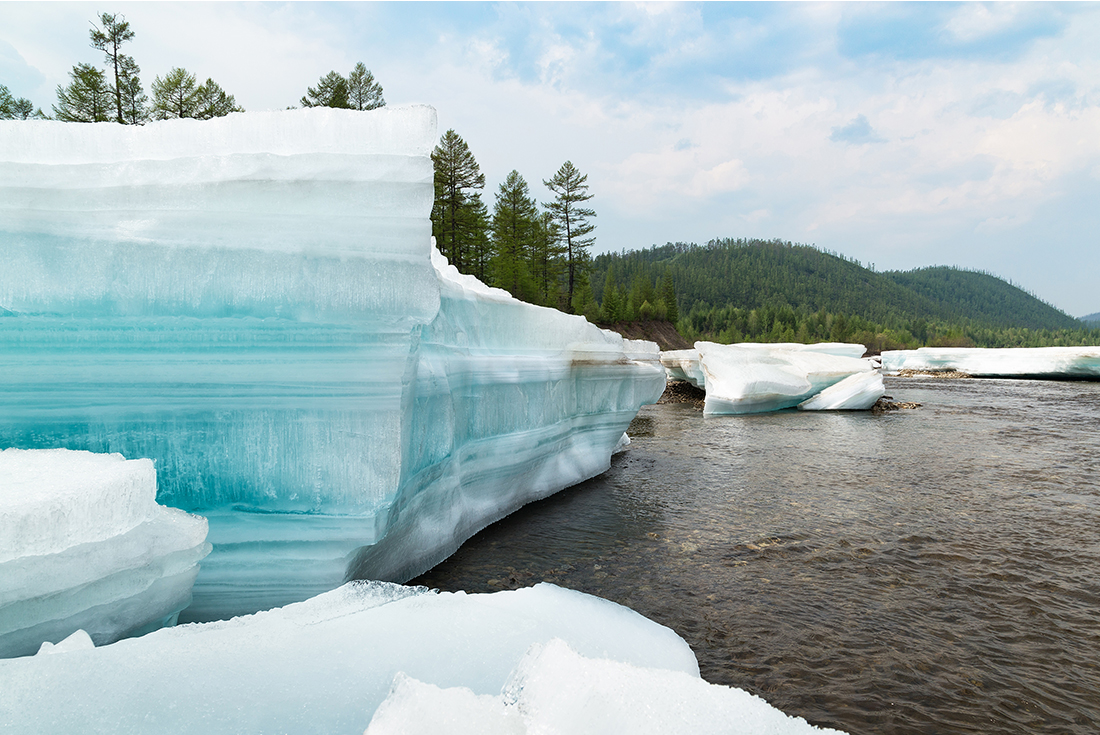 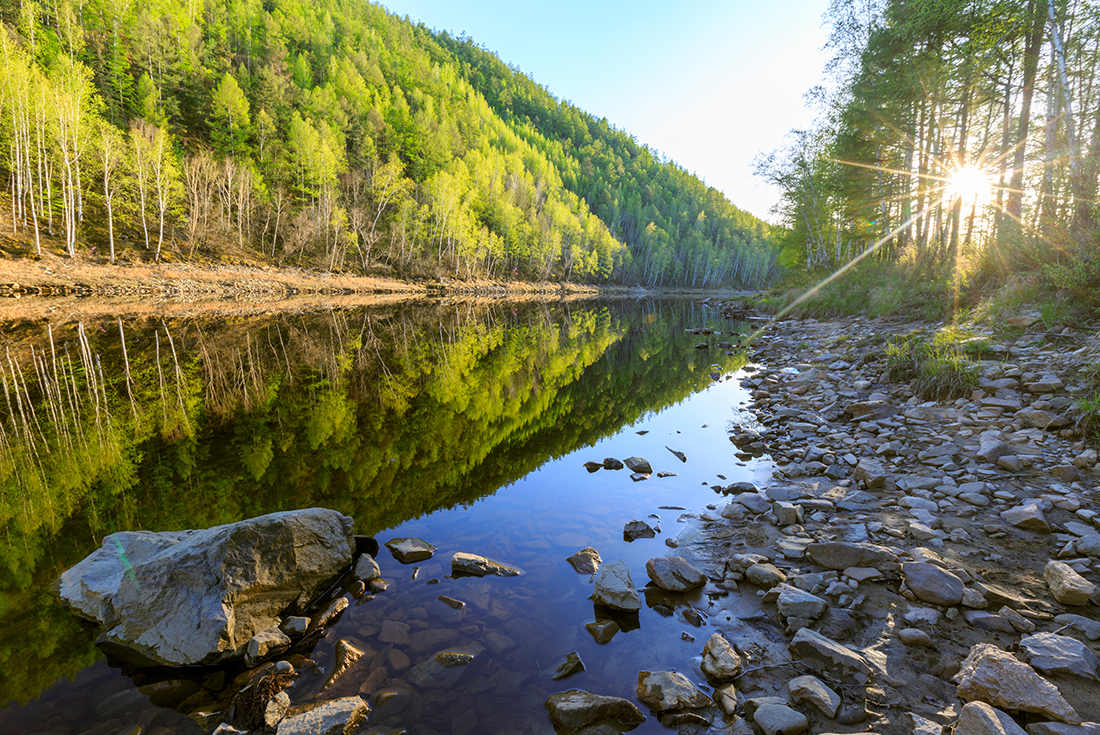 Zdravstvuyte! Welcome to Vladivostok, a major port city and your gateway to Russia’s Far East. Your adventure officially begins with a 6 pm welcome meeting. With the formalities out of the way, choose whether to join your group and leader for an optional dinner.

Check out Vladivostok on a bus tour today (approximately 3 hours). You'll be joined by a local guide who'll give you background information on the main sights around town. Take a walk on the main streets, admire Vladivostok from the old artillery battery, and visit the famous S-56 submarine museum. When the tour's over, the rest of the day is at your leisure until boarding the overnight train this evening at approximately 6 pm (please ask your leader to confirm the time of departure today). Maybe use your free time to explore on your own or choose from our extensive list of recommended optional activities like a ride on the funicular. When the time comes, settle into your train carriage and get comfortable for the first leg of your Russian rail journey.

The train will trace the border of China today, travelling through Khabarovsk and crossing the Amur River. Stop in riverside Khabarovsk for about 1 hour and use the opportunity to stretch your legs, breathe some fresh air and stock up on snacks. Continue the train journey and arrive in Komsomolsk-on-Amur at around 6 pm. Set on the Amur River, the majority of Komsomolsk-on-Amur was constructed by gulag labourers – as well as prisoners of war and volunteers – on the site of a peasant village. After checking in, venture out on a walk to seek out some dinner. You leader is full of recommendations for a good local meal.

Take a tour of Komsomolsk-on-Amur, a city with a fascinating (though confronting) history as a purpose-built industrial city and major gulag centre. Visit a building where prisoners worked, see the administrative office of the forced labour camps and pay your respects at a memorial stone that commemorates victims of political repression. Spend some time in the city centre then venture further afield to a prison camp for the convicts who built the Baikal-Amur Railway – the very same one that will carry you forward on your Russian adventure. See the camp hospitals, cemeteries and a quarry where prisoners also worked. It’s a sobering visit, but it offers essential insight into an influential period of Russian history. Following the excursion, board a train bound for Tynda in the early evening.

Sit back and enjoy the scenery along the Baikal-Amur Railway (AKA Baikal-Amur Mainline) as the train heads west, stopping en route at Postyshevo (36 minutes), Noviy Urgal (35 minutes) and Verkhnezeysk (30 minutes). Built as an alternative to the Trans-Siberian Railway from materials that could withstand the tough conditions and permafrost of Eastern Siberia, the line is rarely used for commercial transport. That means you’re one of few people (and fewer foreigners) to make the adventurous train journey over this incredible landscape.

Arrive before 7 am in Tynda, where you can grab breakfast and stretch your legs with a stroll across the river. Head to the silver Builders Monument, dedicated to the volunteers who worked on the Baikal-Amur Railway. Continue by private transfer to Neryungri (206 kilometres, approximately 4–5 hours) in the Sakha Republic (Yakutia). Arrive after lunch and settle into your accommodation. Head out to the local technopark, where massive machinery used in the Russian coal and construction sectors is displayed in a verdant setting. These huge pieces of equipment – which you can climb on and explore – give a sense of the epic scale of local industries. The rest of the day is at your leisure. Be sure to head to the main square to check out the imposing Lenin statue that stands watch there.

Return to the train station this morning and climb aboard the Permafrost Express at about 9.30 am. Settle in for an epic journey on this long-awaited rail. The vibrancy of the landscapes might take you by surprise, as summer in Siberia is warmer than many people expect. Take in views of evergreen forest, rugged mountains, vast lakes and seemingly endless steppes.

Disembark at the end of the Permafrost Express line in Nizhniy Bestyakh at 9 am. Transfer 35 kilometres to the village of Mayya, a typical Siberian village and the homeland of folk hero Manchaary. This 19th-century Robin Hood-esque figure was a popular advocate for the impoverished and the subject of regional intellectual and activist literature of the time. Visit the Mayya Regional Museum of History to learn a little more about life in the Sakha Republic. Enjoy lunch with a local family in their home, then continue deep into the forest to a Yakut horse farm. Spend some time watching these hardy beasts during feeding time and observing life on the farm. Grab a snack and sip some warm tea with the farmers.

Cross the Lena River to Yakutsk. Settle into your hotel and then head out to explore the largest city in the world to be constructed on continuous permafrost. Despite being known as one of the coldest cities in the world (or the coldest, depending on what you think counts as a city), you’ll find summer temperatures here quite warm. Take a stroll through the reconstructed and restored buildings of the Old Town. Visit the Treasury of the Sakha Republic exhibition and see examples of traditional crafts and the minerals and gems the region is known for. Continue to the Melnikov Permafrost Institute and learn about the scientific research dedicated to permafrost. Enjoy a free evening in a city that stays light well into the night at this time of year.

The Ysyakh Festival kicks off at midday with a battle re-enactment performed by locals dressed in traditional, Genghis Khan-style armour. You’re sure to be offered horse meat and horse milk while you watch the festivities, and women in white dress will swat you with horsehair for good luck. Participate in dancing and celebration of the beginning of summer with the excited locals. While the festival is alcohol free during the daytime, when the sun goes down a raucous party begins as young and old come together to ring in the first official dawn of summer.

Spend another day immersing yourself in this unique festival. Snack on Yakut delicacies, watch traditional sports like wrestling and horse racing, join more group dances and soak up the atmosphere of the celebration.

Leave behind the city for the wilderness today and drive to Ust-Buotama National Park. Stop en route at the tiered Kuruluur Waterfalls and the Buluus Glacier, a blue-white expanse that spills out of the evergreen forest. Hop on the ferry to Ust-Buotama National Park and stop in at a nursery for forest bison. The bison here were imported from Canada in an attempt to revive the population after centuries of hunting led to their extinction locally. Your accommodation tonight is in classic cabins in the park.