The picturesque crayon-coloured wood houses of Lunenburg not only make the Old Town the best surviving example of a British colonial town in North America, it makes it incredibly photogenic.. Discover the ever-changing Hopewell Rocks in the Bay of Fundy. During low tide, you can walk among the ‘flowerpot’ rock formations carved by tidal erosion, and at high tide, it’s possible to see whales from the shore!. Explore the serene landscapes that beloved author, Lucy Maud Montgomery, called home and inspired her classic novel – Anne of Green Gables.. Take in jaw-dropping views of steep cliffs and deep river canyons in the Cape Breton Highlands, then cruise the Western Brook Pond in Newfoundland’s World Heritage-listed Gros Morne National Park.

Ocean mist that permeates the air of quaint colonial towns, the smell of freshly grilled seafood along scenic waterfront boardwalks, and picture-perfect lighthouses perched on rocky outposts – Canada’s Maritimes are like nowhere else in the world. This 15-day expedition takes you to some of the east coast’s most charming towns, best attractions and incredible parks. See the unusual formations of Hopewell Rocks at different stages of the tide, traverse the scenic Cabot Trail in the Cape Breton Highlands, cruise the Western Brook Pond in Gros Morne National Park and visit some of the oldest towns in North America. Add a hearty dose of quaint Atlantic charm for an outdoor adventure that will stay with you long after you’ve left Canada’s beautiful Atlantic provinces. 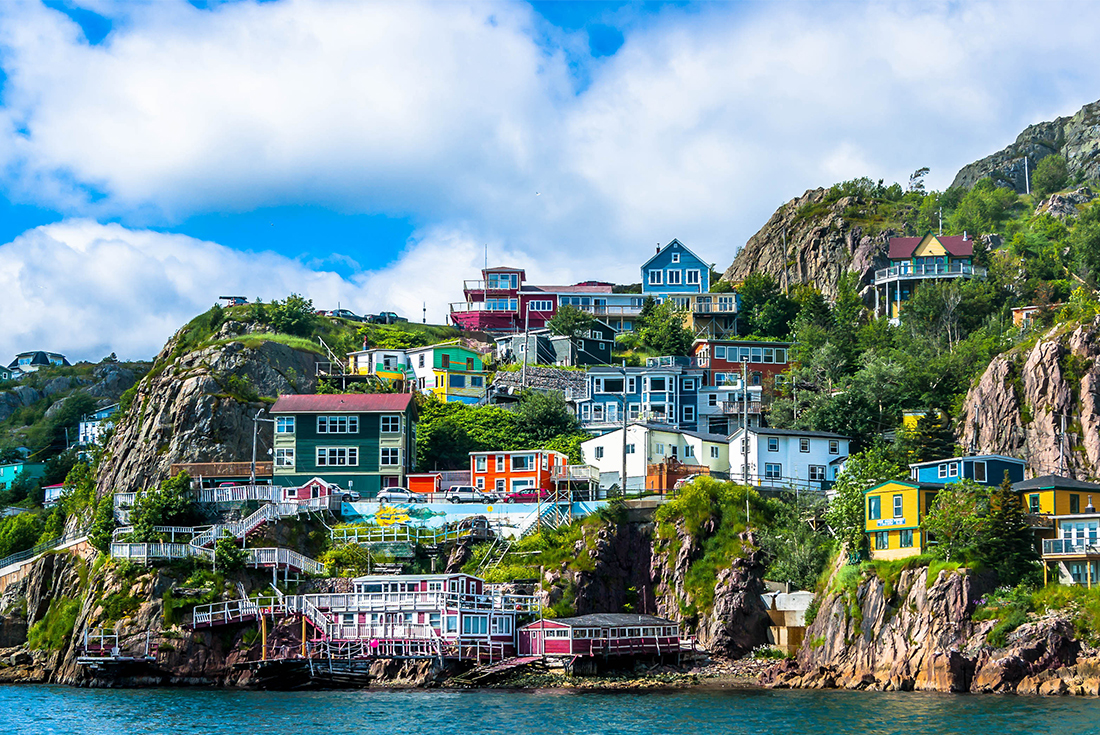 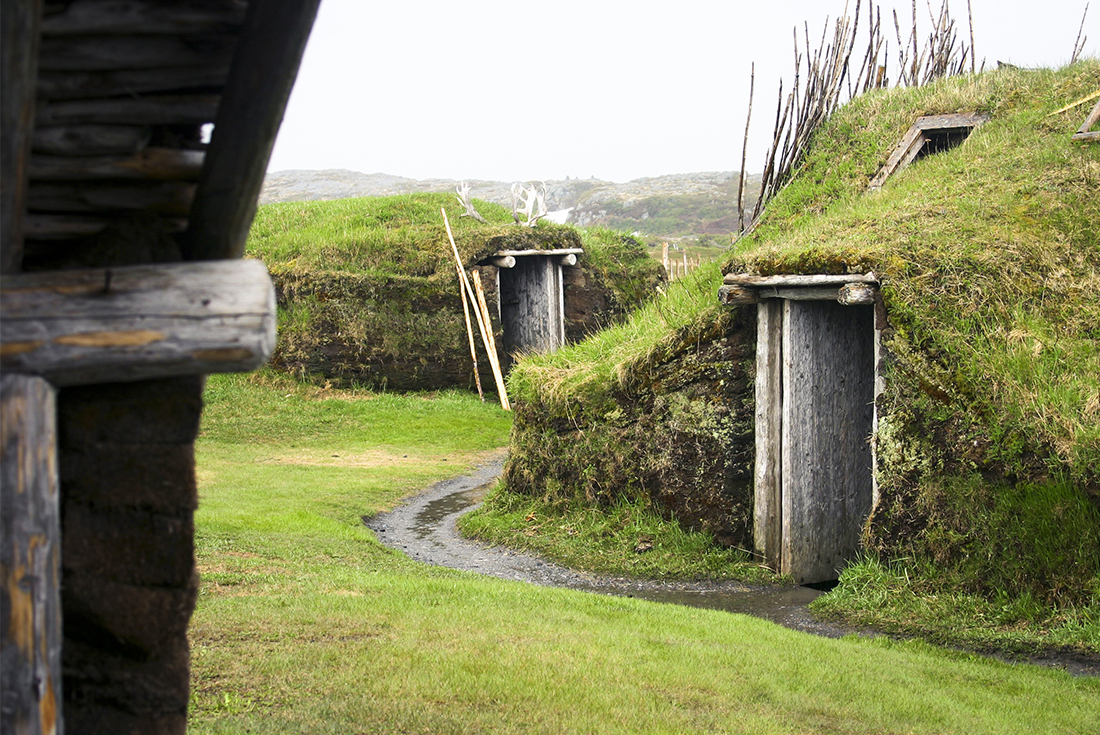 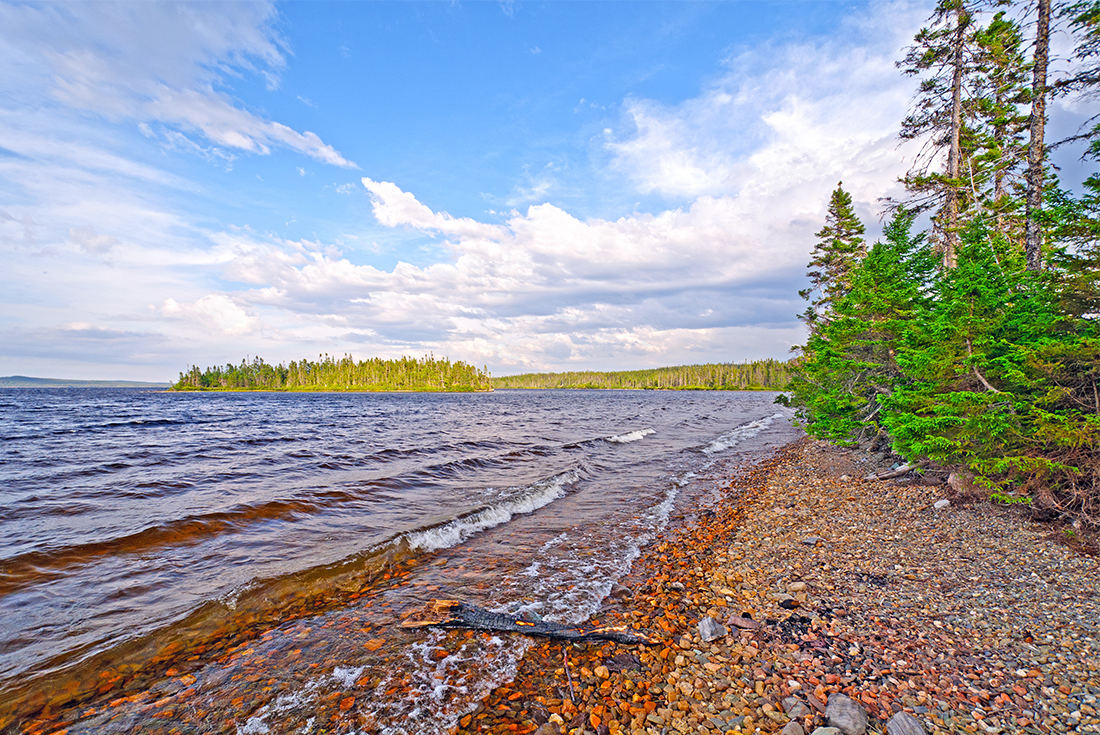 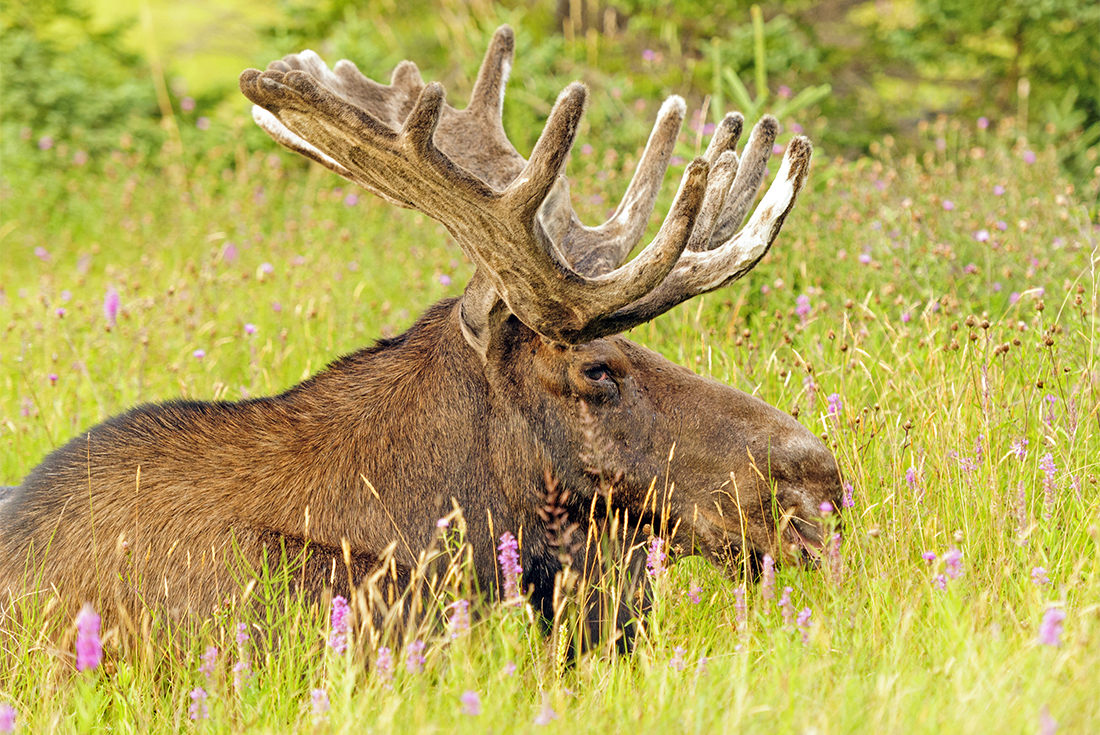 Touch down in beautiful Halifax, the capital of the maritime province of Nova Scotia. Breathe in the fresh ocean air as you make your own way to the hotel. Your adventure begins with a welcome meeting at 6 pm where you’ll meet your group leader and fellow travellers. Afterwards, enjoy a free evening to explore the Halifax waterfront. Once the gateway into Canada for over a million European immigrants, today, the historic boardwalk is a lively hub of shops, galleries, restaurants, bars and in the warmer months, some tall ships. It’s a great place to sample some fresh local seafood, and if you’re lucky, local music as well! If you find you’re overwhelmed by the dining choices on offer, your tour leader can suggest some local favourites along the waterfront.

Head out of Halifax to visit some of Nova Scotia’s best sights, starting the morning off with a visit to Peggy’s Point Lighthouse. Situated in the picturesque fishing village of Peggy’s Cove, the striking white and red lighthouse is an enduring image of Canada’s east coast. After snapping some pics, travel to Lunenburg, located on the island’s historic South Shore. Its World Heritage-listed Old Town – with 18th century colonial-era wooden houses painted in a rainbow of colours – now house an eclectic mix of shops selling artisan goods, galleries and restaurants. The Bluenose II, a replica of an important fishing schooner in Canadian history – so much so that it has been immortalised on the Canadian dime – can usually be seen parked in the port here, unless it’s sailing season. All in all, there will be around 5 hours of driving today, so later this afternoon back in Halifax, take some time to chill out and find some good food with your travel crew.

Today, drive a few hours’ north, crossing into New Brunswick to visit the eerily beautiful Hopewell Rocks Park. Here, you will find an unusual twisted ‘flowerpot’ rock formation as tall as 20 metres (70 feet) caused by tidal erosion from the renowned Bay of Fundy. You’ll have plenty of time in the park to see the rocks at different stages of its tidal pattern each day – perhaps exploring the rocks from the bay floor! Afterwards, take a scenic drive to Prince Edward Island (PEI) – crossing the water via Canada’s longest bridge, Confederation Bridge – and settle in for the night. You’ll spend approximately 3.5 hours driving with your small group today.

Enjoy some free time to explore the rocky red cliffs, wind-sculpted sand dunes and sandy beaches of Prince Edward Island National Park. Stretching across the island’s north shore and facing the Gulf of St Lawrence, the park boasts miles of hiking trails that lead through woodlands and tranquil ponds. Keep your eyes peeled for red foxes, warblers and herons. This is the serene landscape that Canadian author, Lucy Maud Montgomery, grew up in and which inspired her beloved novel, Anne of Green Gables. Kindred spirits may want to visit Green Gables Heritage Place – a restored farmhouse that was once owned by Montgomery’s cousins and served as the inspiration for Anne’s fictional home. Today’s total driving time is approximately 3 hours.

Head to Charlottetown – PEI’s picturesque capital city. Compact and easy to explore, you might want to hire a bike and explore the network of walking trails and waterside boardwalks that take you past colourful houses, Victorian buildings and historic monuments. Otherwise, stroll along Victoria Row – a pretty street line with interesting shops and restaurants featuring fresh seafood and local produce. Charlottetown played an important role in the founding of Canada, so history buffs might want to spend the day checking out the historic buildings and galleries showcasing Canada’s heritage that are sprinkled throughout the city. If you’re after a sweet treat, you can’t beat an ice cream cone from local favourite, COWS Creamery. During the day, you'll also go lighthouse spotting with your group, heading around the island to East Point Lighthouse and other seaside beauties. After some free time in the late afternoon, meet back up with your tour leader for an included seafood dinner. You’ll be on the road for around 2 hours in total today.

Today take a short ferry from PEI to the north shore of Nova Scotia. Like other parts of the Maritimes, the landscape has been carved by wind and wave to fascinating effect, and you’ll get to see it all when you travel the Cabot Trail in the Cape Breton Highlands National Park. The park boasts serene and unspoiled nature, a series of interconnected trails travels from saltwater lagoons and sheltered marshes to small, secluded beaches – with surprisingly warm water! – and wooded areas of white spruce, balsam fir and maple. Bird-lovers might be lucky to spot a bald eagle or osprey soaring above. Stop by a number of viewpoints to take in your pristine surroundings and perhaps embark on a short hike up in the highlands. Relax this evening after approximately 6.5 hours travelling today.

The mountain-covered national parks in western Canada tend to hog the limelight (think Banff and Jasper), but Cape Breton Highlands National Park should be on every nature-lover’s radar. The place where the mountains meet the sea will leave you in awe. Today, you’ll have another chance to hike along the rugged coastline, where steep cliffs and deep river canyons have made for miles of jaw-dropping trails. As you walk among 350-year old trees, make sure to keep an eye open for moose, bald eagles and other wildlife. In the afternoon, you can choose to opt in for a whale watching tour where it’s possible to see minke whales, pilot whales and harbour seals.

In the morning, put on some comfortable shoes and embark on a scenic two-kilometre hike along the Cape Breton coast. Starting at the Louisbourg Lighthouse, the aptly name Lighthouse Trail first weaves through forest and wetlands, then continues along the coastline. Take in stunning ocean views as the waves crash into the rugged shores before arriving at the historic Fortress of Louisbourg. A one-quarter reconstruction of the original French town and fortification, the fort played an important role in Canada’s early history. You’ll have time to admire it from the front and head inside to explore the grounds within. After about 2 hours of travelling today, head to North Sydney tonight, ready for your ferry voyage to Newfoundland tomorrow.

Be prepared for a long day of travel as you make your way to Newfoundland. Your boat journey with leave North Sydney in late morning, then it’s around a 7-hour journey to the south coast of Newfoundland. Though the boat has a cafeteria and shows movies, it’s a good idea to bring snacks and things to do in order to pass the time. Now might be a good time to reread your copy of Anne of Green Gables! You’ll arrive in Port aux Basques at around 7 pm – in time for dinner and a walk along the sleepy harbourfront.

Today, you’ll set off for a 3-hour drive to begin exploring Gros Morne National Park. The 1805-square kilometre park is a World Heritage-listed site, and it’s not hard to see why. Shaped by colliding continents and grinding glaciers millions of years ago, Gros Morne is a spectacular mix of towering cliffs, waterfalls, freshwater fjords and pristine lakes. Dense forests contain rare plants, animal and bird species, and its distinct red landscape is actually part of the earth’s mantle exposed. It’s untouched nature on the biggest scale imaginable, and it’s all yours to explore.

Continue your adventure through Gros Morne National Park with an included two-hour cruise on Western Brook Pond. This land-locked body of water is Gros Morne’s largest lake and is home to Atlantic Salmon, Brook Trout, Arctic Char as well as a colony of cliff nesting gulls. On board your cruise, you’ll see waterfalls cascading off the carved cliffs, deep glacial waters shimmering against the rugged backdrop and wildlife sightings aplenty along the way. Afterwards, make tracks further north towards L’Anse aux Meadows. After travelling for around 5 hours total today, you’ll stay the night in a nearby town.

After stopping for breakfast this morning, continue on your way to explore the L’Anse aux Meadows National Historic Site. Sitting at the northernmost tip of Newfoundland, L’Anse aux Meadows is thought to be the first place Vikings settled in North America. This is the fabled Vinland from Norse Sagas. Here, you’ll get the chance to explore 1000-year-old Norse ruins and original artefacts, as well as a recreated base camp for a fascinating glimpse into the early Viking experience. Later on today, you and your group will head back to Gros Morne National Park, where there may be time to take on one of the park’s hiking trails through a range of landscapes, and to some pretty epic lookouts. Today, you’ll be travelling for around 2.5 hours, in total.