Ditch the phone and settle in for evenings spent stargazing at an endless sky – just one of the perks of wild camping in the Nubian Desert.. See an unforgettable sunrise over hundreds of pyramids at the Royal Necropolis of Meroe, watching as crumbling sandstone is warmed by the light of day.. Discover surprisingly diverse scenery on an early morning volcano hike, drives through black basalt rock formations and numerous journeys across the River Nile.. Watch an incredible display of faith and celebration as whirling dervishes from the Sufi Community twirl, dance and worship outside the tomb of Hamed el-Nil at sunset.

‘You’re going where?!’ Expect to hear a lot of this – accompanied by a slack jaw and wide eyes – when you tell people you’re heading to Sudan. Few people know that among vast stretches of sand dunes, Sudan holds some of the world’s most incredible archaeological sites, ancient ruins and resilient cultures. That tucked under palm trees in oases you can meet people who live in Nubian houses painted with colourful murals, who speak unique languages and practice their own kind of Islam. On this truly Intrepid tour, you’ll discover the remnants of great empires, learn powerful recent history in museums and from the locals you travel with, explore ancient cities and necropolises, and encounter modern Sudan in souks, chai houses and nomadic settlements along the way. 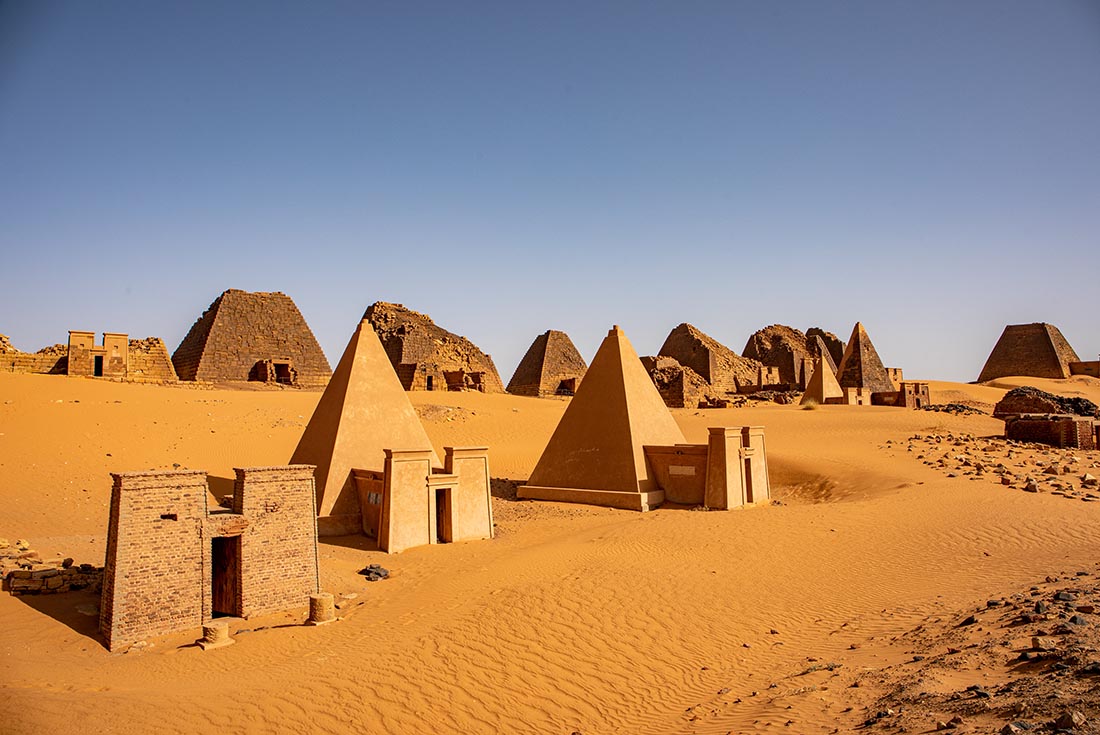 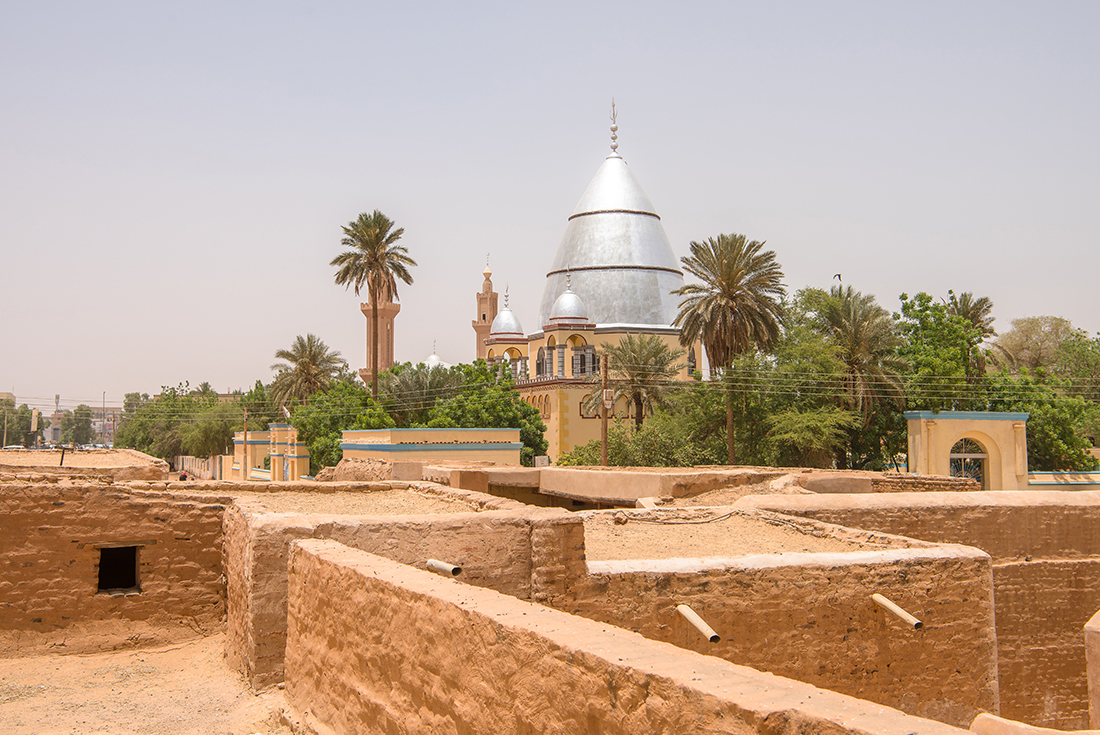 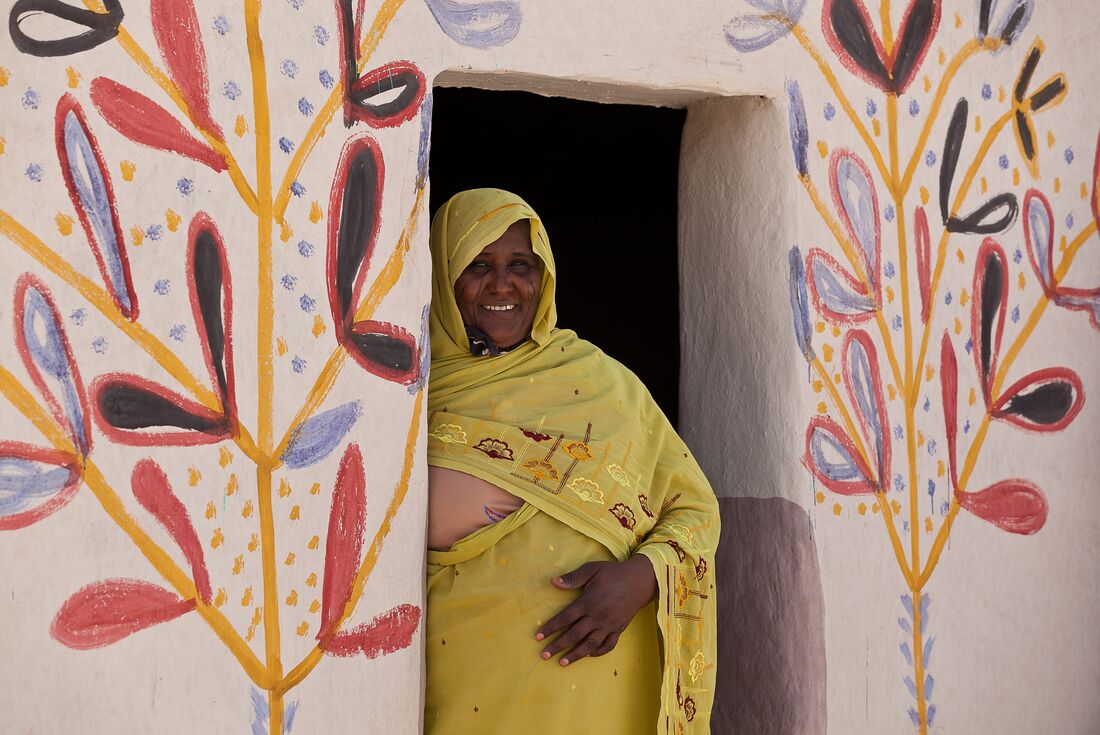 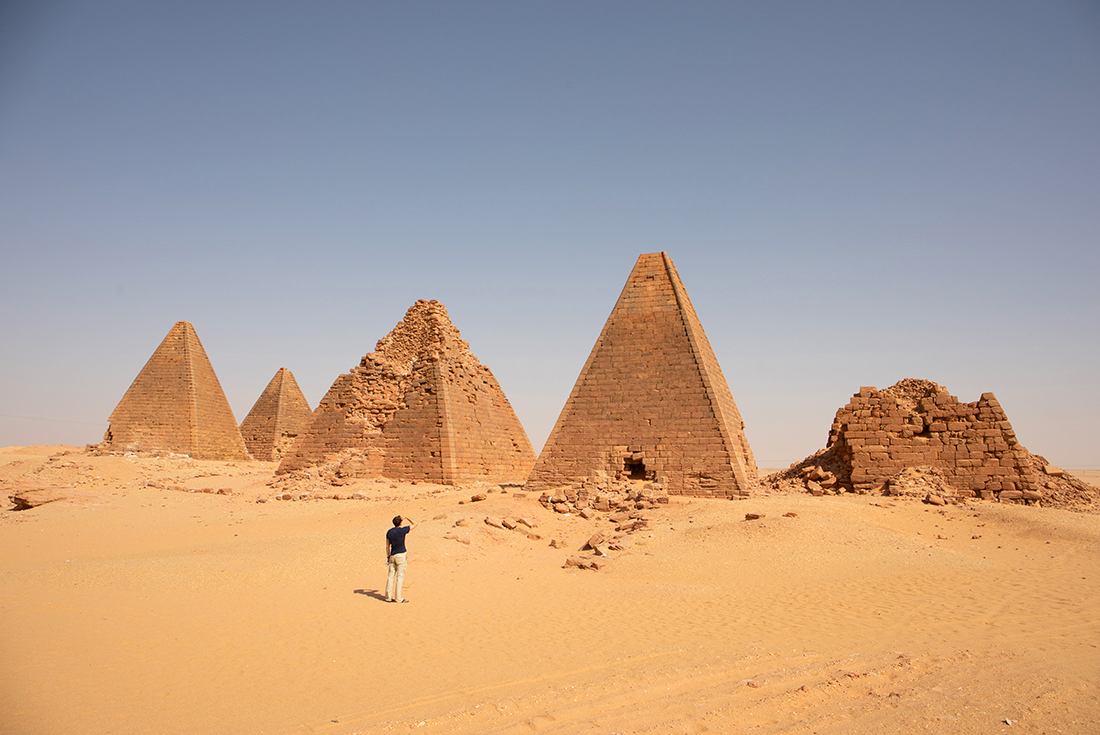 Assalam aleikum! Welcome to Khartoum, the capital of Sudan. If you have arranged your visa on arrival you will also receive a complimentary transfer to your hotel. Your adventure begins at 6 pm during a welcome meeting at your hotel. Tomorrow you’ll enjoy a huge day of activities, tours and history lessons (the fun, immersive kind), so perhaps for today simply settle into your accommodation and get to know your fellow travellers over an optional dinner.

Get ready for a deep-dive tour of Khartoum and surrounds. Begin with a drive past the Presidential Palace, where English General Charles George Gordon was beheaded in 1885 after refusing to submit to the Mahdi rebellion on the grounds that Sudan was a de facto British protectorate. Sound complicated? That’s why you’ve got a local leader to grill for a Sudanese perspective. Continue to the National Museum of Sudan, which houses – among other things – ancient Egyptian temples relocated from Lake Nasser. Continue your journey into history and cross the confluence of the Blue and the White Nile to Omdurman, the old capital of Sudan, to see the tomb of the famed Mahdi – the religious leader who declared himself the harbinger of the Day of Judgement. Drop in at the Khalifa’s House Museum, an ethnographic museum, then absorb what you’ve learned over lunch at a Nile-front restaurant. In the afternoon, hit the biggest market in Sudan for some souk time. As the sun begins to set, journey to the tomb of Hamed el-Nil to watch the weekly Sufi ceremonial celebration of the whirling dervishes. This ritualised dance-like worship is captivating to watch.

Grab brekky then hit the road out of Khartoum, through the Western Desert and into Old Dongola. This journey takes about 6 hours and covers 400 kilometres, but the scenery is pretty incredible. With totally flat desert stretching in every direction, you’ll get 360° views. Arrive in deserted Old Dongola and explore this once thriving Nubian city. You will be able to see the ruins of the seventh-century Church of the Granite Columns, plus the defensive structure archaeologists call the Throne Hall, and more. Continue travelling along the Nile, moving through picturesque villages with painted doors and flower murals.

Make tracks in the morning for the Tombos in the central Nubian Desert, breaking up the 4-hour drive with some fascinating stops along the way. Much of the population in Nubia lives in small communities tucked among the sand dunes, speaking a different language than the rest of the nation and practising a different kind of Islam. Stop at a village and admire the colourful houses shaded by palm trees, perhaps sharing a cup of spiced tea with the welcoming locals before sitting down to an included picnic lunch. Continue to the epic site of the ancient city of Kerma, including the only deffufa’s (unique earthen temples) in known existence. Spend time in the small Kerma Museum, where seven granite statues depicting pharaohs discovered in 2003 are on display. Keep on trucking and arrive in Tombos in the late afternoon, no doubt ready to relax in your Nubian homestay.

Rise and shine for an exploration of an ancient granite quarry, including rock inscriptions and incomplete statue seemingly abandoned thousands of years ago. Continue to the Nile-front temples of Wadi As Subua, where hundreds of images dating from the prehistoric to Egyptian era can be seen. Keep on keeping on and visit the Third Cataract on the Nile, checking out the naturally shallow parts of the river that caused issues for ancient Egyptian sailors. Eat a picnic lunch, then cross the Nile on a local ferry, where you’ll be sharing space with locals, donkeys, camels and goats. Reach Soleb in the late afternoon and head to the striking Temple of Soleb. With many remaining pillars and walls covered in hieroglyphic inscriptions, the structures are believed to date from 1500 BC. After another massive day, it’s then time to retire to your Nubian homestay for dinner and chill time.

Hit the road again after breakfast and travel south to Karima, an approximately 5-hour journey that will be broken up with heaps of stops. Cross the Nile (via bridge) and return to asphalt road once again. Arrive in Karima in the afternoon and visit the site of El Kurru, an ancient royal necropolis for the Nubian royal family. See the partially collapsed tomb covered in images depicting the Pharaoh, the gods and colourful hieroglyphic inscriptions. After spending some time among the royal dead, continue to a photogenic petrified wood forest. Finally, arrive at your accommodation for the evening and enjoy a coffee and henna ceremony before dinner. It’s a good idea to rest up tonight in preparation for an early start tomorrow.

The sites that surround the nearby mountain of Jebel Barkal are particularly beautiful in the morning light, so an early start is on the cards today. A small sandstone mountain considered holy for thousands of years, Jebel Barkal’s archaeological site is on the World Heritage list for good reason. See the temple dedicated to Pharaohs of the New Kingdom of Egypt and their patron deity, Amon. Cross the Nile again and visit the pyramids of Nuri. Take a little walk among the ancient ruins, then continue into the Bayuda Desert to this evening’s place of rest, Atun Crater. The crater lies in the centre of the desert and plays a vital role as a source of salt for the Bisharin nomads who roam the area. Spend the evening in a wild camp under a sea of stars.

After breakfast, summit the Hos El Dalan volcano on an approximately 1-hour hike. Gaze into the deep crater but be sure to keep your feet planted firmly on the ground – the slope inside is steep! Take in the views from the top, then descend and continue across the desert to the Nile, stopping en route to check out wells the region’s nomadic groups use. Cross the Nile by ferry, stopping at Mograt Island for a quick stop before continuing across the water to Abu Hamed, where another night of wild camping awaits.

Continue driving along the Nile today, passing the 5th cataract and stopping near the village of Berber for a glimpse of the excavations taking place at Dangeil. Continue to the Royal Necropolis of Meroe, a treasure trove of hundreds of pyramids that offer rare insight into life and death in ancient Nubia, located among undulating sand dunes. It’s a real treat just to watch them approach, as several of the pyramids are well-preserved and thus stand out against the otherwise empty backdrop. Each pyramid has an attached funerary chapel and many of the original bas-reliefs that decorate the walls are still visible. Settle into your camp and relax. You can see the pyramids from tonight’s accommodation, so be sure to watch the sunset behind them.

Watch the sunrise over the crumbling pyramids, a sight to remember forever. Head back to camp for breakfast, then hit the road south once again. Leave the asphalt behind for 30 kilometres of desert track, travelling among iconic camel thorn trees. Stop in at the site of Mussawarat, located in a beautiful valley crowned by hills. See the ruins of a massive temple and the famous Great Enclosure – the boundary walls that surround it. Continue to Naga and visit a first-century temple – restored during a German archaeological mission – dedicated to the god Apedemak. Admire bas-reliefs that depict Apedemak, the Pharaoh, noblemen and several rituals. A few metres away there is a small structure called the ‘kiosk’ that appears to have Hellenistic elements. Settle into another wild camp for the evening.

Eat breakfast at camp then drive to Shendi, a small town with a vibrant local market. Travel further south along its edge on beautiful desert road an taking a detour to see Sabaloka Gorge. Enjoy a picnic lunch with a view of granite boulders - the remnant of the rocky formations of the 6th Cataract . Begin the last leg of your journey to Khartoum, arriving in the afternoon. This evening, enjoy a well-deserved rest in a hotel bed.

Your Northern Sudan Expedition comes to an end today after breakfast.