The mystical markets of Odisha are the only chance most foreigners will ever have to interact with people from the difficult to access tribes of Odisha. Explore lush jungle, fertile hillside and brackish lakes and get a sense of why many tribes feel a spiritual connection to the land here. Begin in the heritage-rich ‘City of Joy’, Kolkata, and explore streets lined with thousands of clay goddesses in the potter’s quarter. See a side of India beyond the photos of the Taj Mahal and the Ganges – Odisha is a lesser-explored state full of historical and cultural treasures

This 13-day expedition takes you into the heart of Odisha, into the melting-pot marketplaces that the bloggers haven’t reached yet. Shop alongside Kondh people, explore the lush and fertile hillside that is under threat from mining companies and discover thousands of years of history etched into the sandstone walls of temples in Bhubaneswar. 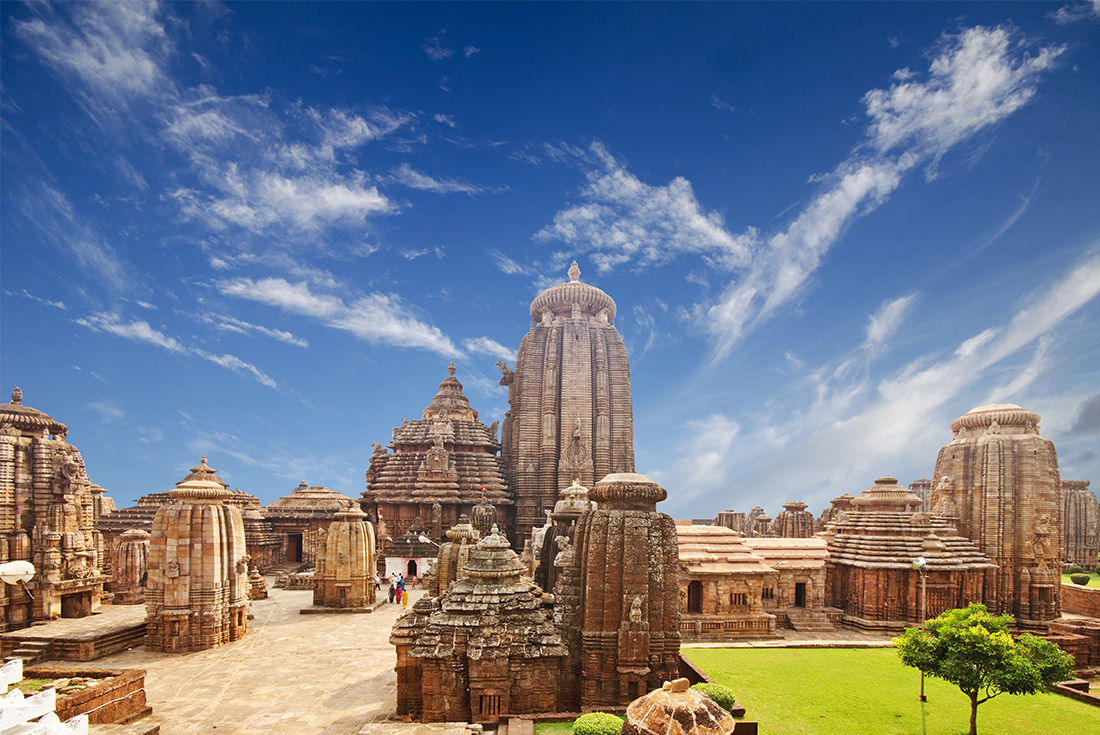 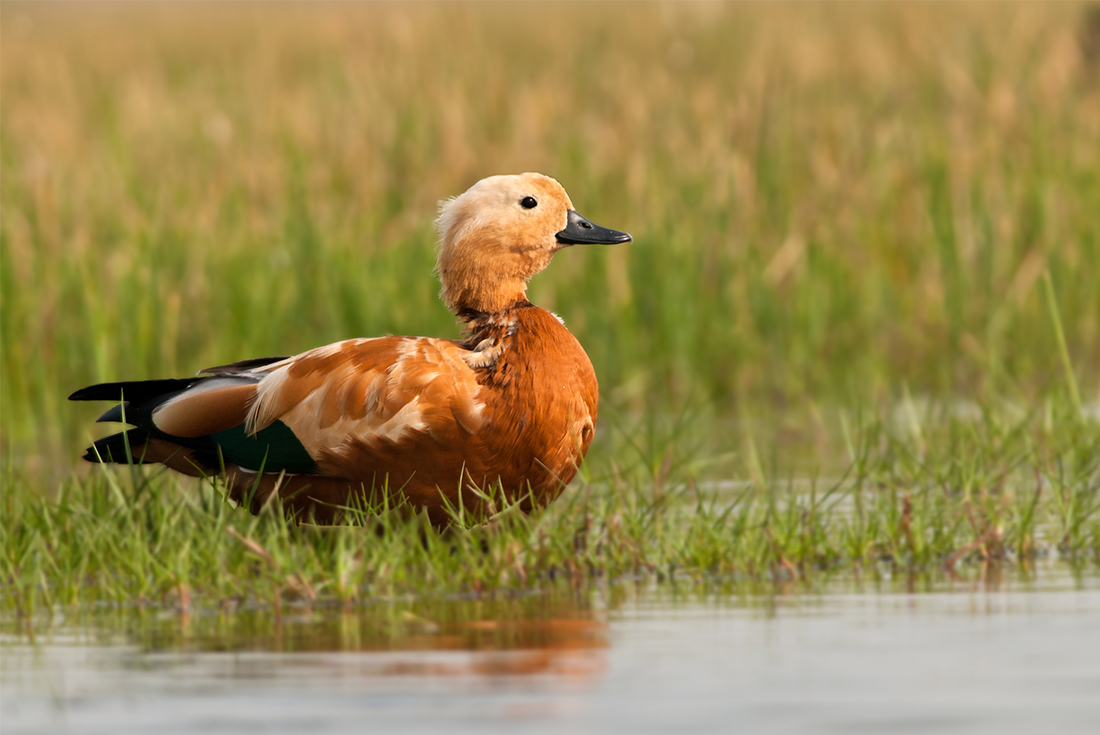 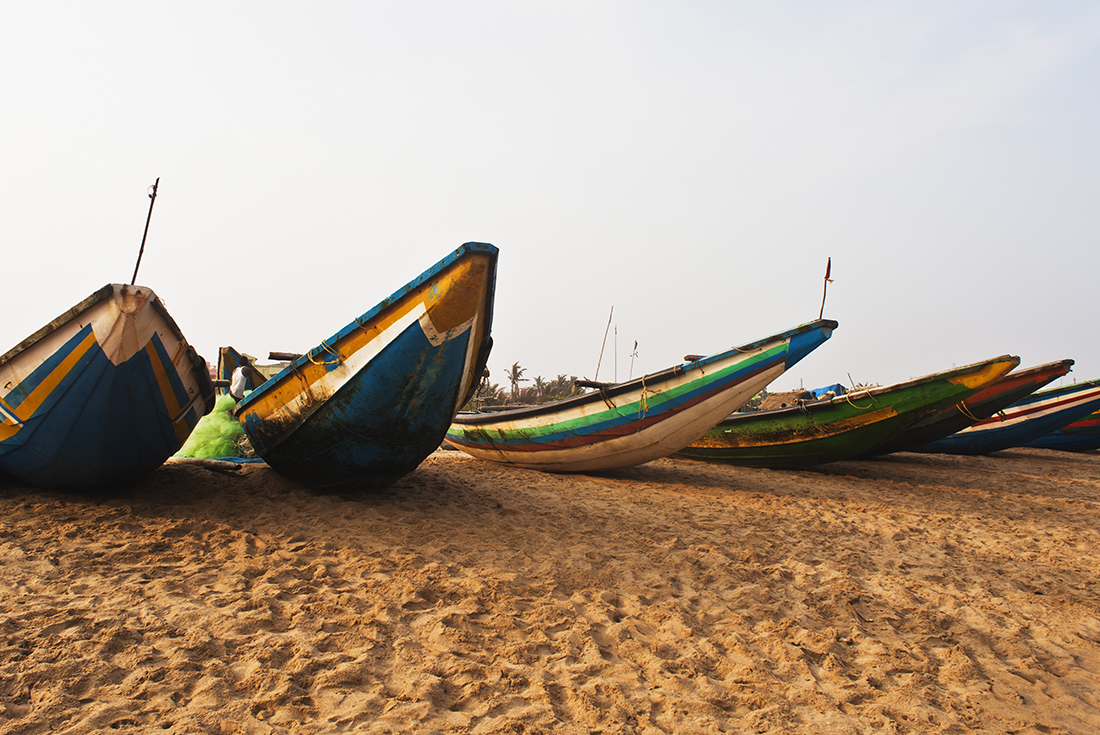 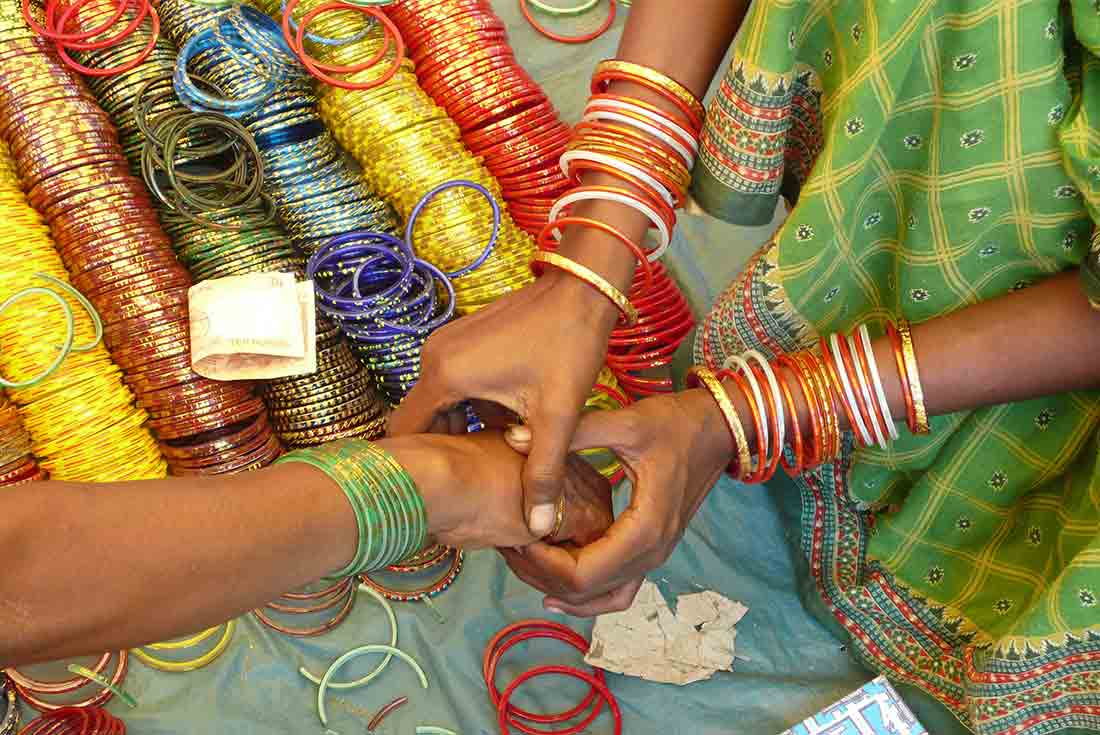 Welcome to Kolkata, known as the ‘City of Joy’. This expedition officially gets started with a welcome meeting at 6 pm, where you can meet your leader and fellow intrepid souls. Please have your insurance and next of kin details on hand to pass on to your leader at this meeting. With the formalities out of the way, maybe head out for a meal with your fellow travellers. If you arrive with time to spare before the meeting in the evening, why not explore this festive city on your own, kati roll (stuffed roti) in hand.

Embark on a full-day city tour after breakfast. The noise and chaos of Kolkata can be overwhelming, but taking the time to explore the city will reveal impressive colonial architecture, historical sites and contemporary treasures. Begin with a visit to the Missionaries of Charity’s Mother House, which was famously started by Mother Teresa and now houses the earthly body of the Catholic saint. Next up is ornate Pareshnath Jain Temple, a site of worship for followers of Jainism and a shining example of 19th-century Indian architecture. Continue to Kumartuli and walk through streets lined with hundreds of clay figures in this potter’s quarter and wonder at the skilful sculpture of many-limbed Durgas (principle form of the Goddess) and Saraswatis (Goddess of learning and the arts). Wander down the College Street Book Market and continue to the grand, white facades of the University of Calcutta, Victoria Memorial, St Paul’s Cathedral Church and St John’s Church, before finishing in Benoy-Badal-Dinesh Bagh (Dalhousie Square). A site rich in history, B.B.D. Bagh (as it is shortened) was once the centre of the British East India Company, but takes its current name from the three revolutionaries who stormed its Writer’s Building on 8 December 1930 and killed the Colonel N.S. Simpsons. Following a day stuffed with sightseeing, perhaps grab some food in B.B.D Bagh. As the central business district of modern Kolkata, there are plenty of great stalls and cafes to choose from.

Rise and shine for a long day of travel. Munch some breakfast then transfer to the airport for a flight to Vizag (around 1.5 hours). Jump off the plane, have a local lunch and into a private vehicle for the six-hour drive to Rayagada. Drive past mountains and farmlands along the single lane road, taking the opportunity to read, listen to a podcast or get to know your fellow travellers a little better. Going may be slow in some parts as the roads are not in the best shape. There won’t be much time spent in Rayagada itself as it will be used mainly as a base for exploring the areas nearby. A predominantly agricultural municipality, Rayagada will give you your first taste of life in Odisha.

Rise and shine this morning for the drive to Dukum, where the local Desia Kondh people congregate once a week at the market. Spend some time exploring stalls and meet some of the local women selling their produce. Many Kondh women have their faces, arms and shoulders decorated by geometric tattoos and sport dozens of silver hoops through their ears and around their necks. Of the sum 62 tribes that call Odisha home, the Kondhs are one of the largest, with a population of around 1.6 million. After spending some time at the market, travel to tiny Jhigidi to see some of the crafts the district is known for – from metal casting (as seen in the silver rings that adorn the bodies of the Kondh women) to handloom textiles. Return to Rayagada for lunch and a relaxed afternoon.

Pack up your stuff, scoff some breakfast hit the road again early, this time bound for a market in Chatikona frequented by the Dongriya Kondh people. The Dongriya Kondh live among the Niyamgiri, a hill range with dense jungle, deep gorges and rushing streams which they consider the domain of a god. Connection the land is felt deeply among the Dongriya Kondh people, and the locals continue to battle an international company attempting to mine the land. Spend some time at the market, wandering and perhaps snacking, then make tracks for Minapai, where local craftspeople work with bamboo to create furniture, brooms, instruments and more. Learn a little about how bamboo factors into the state economy, then return to Rayagada for lunch. After lunch, continue to Jeypore where we will spend the night.

Set off for Onkadelli Market, where the Bonda people come to sell crafts and produce every week. With visits to Bonda villages heavily restricted, this is one of the only chances outsiders have to meet members of the tribe. Keep in mind that many Bonda people are sceptical of foreigners and (like pretty much anyone) do not take kindly to having their photograph taken without permission or being peppered with questions. You’ll fare better if you ask to see (and buy) some of the incredible beadwork the women are selling. Spend some time here and then return to Jeypore for lunch and a free afternoon.

Load up on breakfast and make tracks for a marketplace in Kunduli frequented by the Paraja tribe. This is the largest and most vibrant of Odisha’s markets, so be sure to soak up all the sights and smells on offer. There’s tonnes for sale here, from fish to bangles to homemade liquor. Maybe try a nip of this local variation on palm-wine before returning to Jeypore for lunch. Continue back to Rayagada to spend the evening.

Embrace another early start and begin the drive to the beaches of Gopalpur, with a few stops along the way to break up the journey. Spend some time in a Saura village and meet the local people, then continue to Taptapani Hot Springs, a mixture of natural and sculpted sulpharic baths where you can soak away a few long days of travel. Set in a cool valley, these springs are often deserted (depending on the time of year). If you have time, look for the Shrine to the Goddess Kali nearby. Finally, make the last leg of today’s journey to seaside Gopalpur. You should arrive with a few hours of daylight left, so why not hit the sandy coast and soak up what’s left of the sunshine.

The first stop this morning is Barkul, a tiny town with access to Chilika Lake. Jump aboard a boat a cruise to Nalbana Bird Sanctuary, a seasonal island that emerges after monsoon season and attracts migratory birds from all over the world. Stop in at Bird Island, where resident avians are visible year-round. Depending on the time of year and the weather, you can spot white bellied sea eagles, jacana, flamingos, storks and many, many more. The brackish water of the lake is also home to the vulnerable Irrawaddy Dolphin, though with an estimated population of just over 150, it’s unlikely you’ll see them in the 1100-square-kilometre body of water. Fingers crossed though! Later, head for lunch then proceed to Puri and spend some time relaxing on Puri Beach.

Begin the day with a visit to Jagannath Temple. While the temple itself is off-limits to non-Hindu’s, the entry and grounds can be partially observed from a viewing platform (closed on Sundays and public holidays). Then drive to Konark to see the 13th-century Sun Temple, constructed in the form of a chariot for the sun god. Spend some time wondering at the Kalinga-style architecture, then continue to Pipili, a village known for applique work. Continue to the Dhauli, where you will see the Peace Pagoda built in the 1970s and the ancient edicts inscribed by emperor Ashoka after his conversion to Buddhism. Dating from 260 BC, they outline Ashoka’s detailed instructions to his administrators to rule with gentleness and fairness (in sharp contrast to his previous love of violence). Finally, continue to Bhubaneshwar for the night.

Spend a full day exploring the myriad sandstone temples of Bhubaneswar. There were once 7000 temples dotted around this ancient city and 500 remain, dated from between the sixth and 11th century. Take a journey through history, first visiting Parasurameshwar Temple, built around the 8th-century and featuring the first known depiction of the Durga. Continue to the Mukteshvara Temple, a 10th-century monument with an impressive archway, and the 11th-century Rajarani Temple. Next, see the impressive Lingaraj Temple complex. Featuring a 55-metre-tall central tower and many smaller towers, Lingaraj is the largest temple in Bhubaneswar. Finally, explore Chausathi Jogini Temple, which features 64 icons of the goddess on the interior of the circular structure. Eat lunch and then head into the hills to find Khandagiri and Udaigiri. Explore the excavated caves which served as a dwelling and abbey for Jain monks almost 2000 years ago. Walk on grounds where ancient monks once meditated and marvel at inscriptions and carvings that have survived until the present day. After a long day of sightseeing, relax tonight in Bhubaneswar.

Return to Kolkata by air-conditioned express train today. Arrive between the late afternoon and early evening and do as you please after checking in to the hotel. Perhaps head out for a goodbye meal with your fellow travellers. Don’t forget, today is your last opportunity to pick your leader's brain for food suggestions, so get them to point you in the right direction. Kolkata has a bunch of specialities like kosha mangsho (rich mutton curry) and ragsullas (cottage cheese dipped in syrup).