Get right up close to king, gentoo and magellanic penguins on the beach.. Explore various Falklands War battle sites and get a sense of the scope of the conflict synonymous with the islands.. Discover the surreal British outpost that is Stanley – complete with pubs and an Anglican cathedral.. Pay your respects at Argentine and British Cemeteries, as well as the makeshift memorials that are scattered around East Falkland.

The windswept moors and meadows of this remote birders haven hold plenty of history both natural and human. Small and sparsely populated, this Antarctic neighbour has nonetheless remained the source of numerous sovereignty disputes, most famously the tragic Falklands War of 1982. This 8-day trip is one for the wildlife and history buffs. See crags dotted with sea birds and war memorials, explore beaches covered with king and gentoo penguins, trek sprawling nature reserves edging on outpost towns, and walk the battlegrounds from the war of 1982. 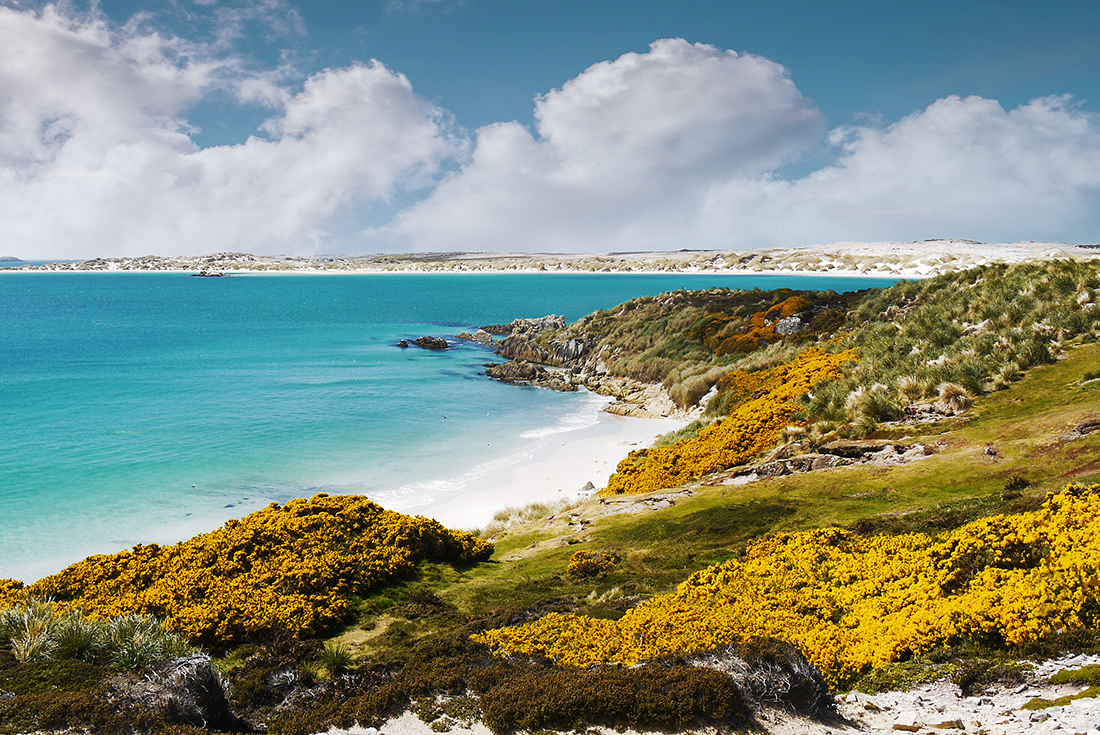 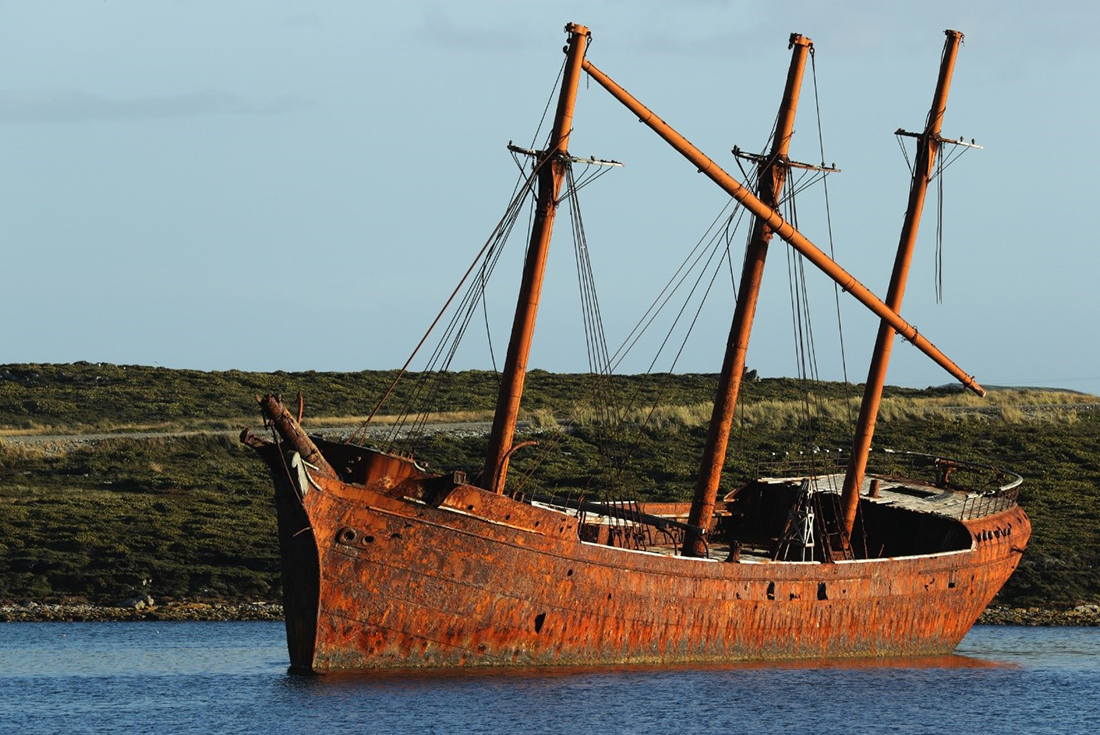 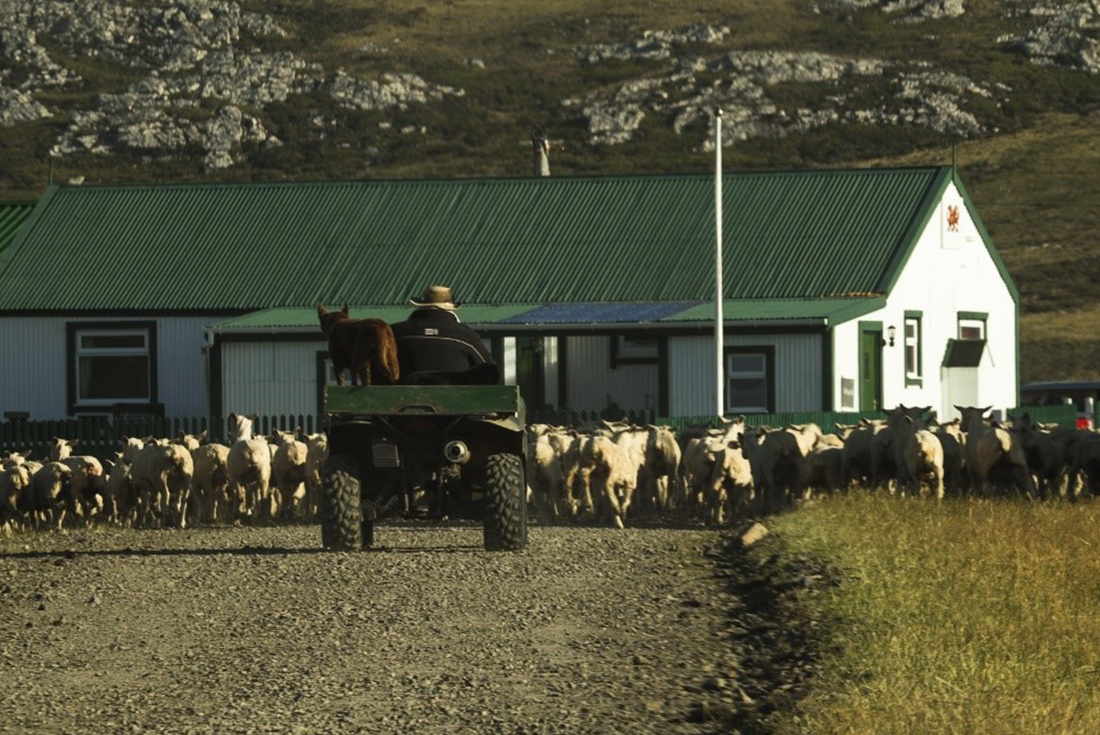 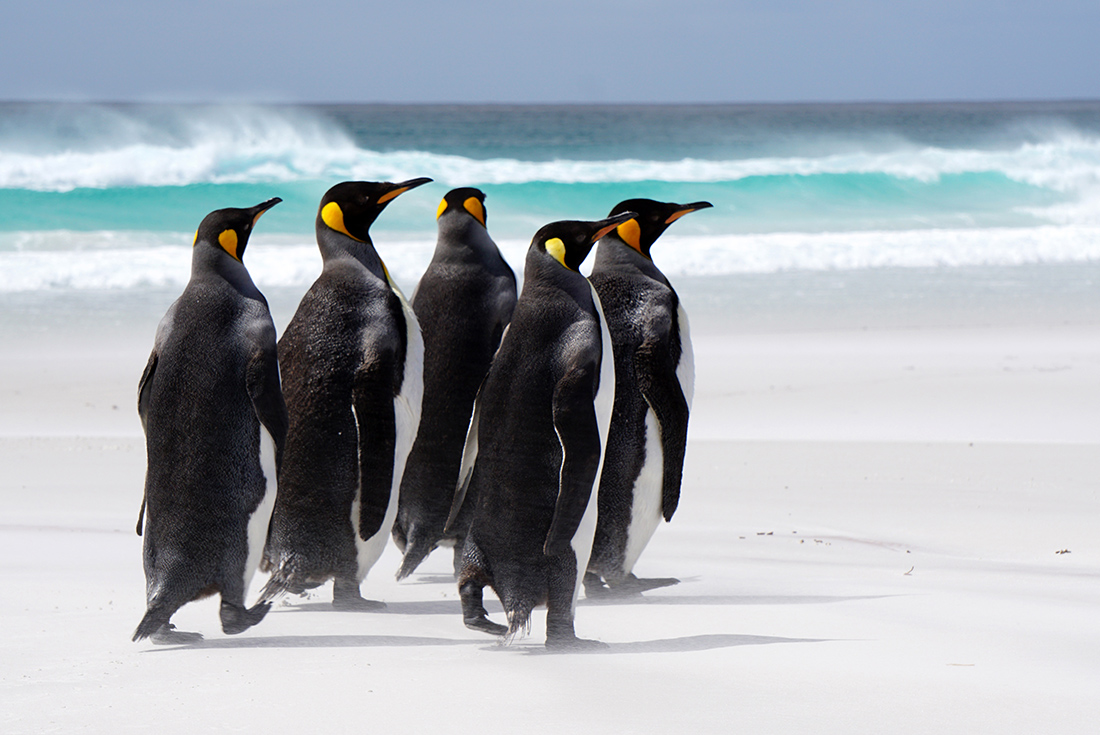 Home to a treasure-trove of birdlife, rocky beachheads and friendly residents, Stanley is a unique mix of a small English town and wild frontier outpost. Your Falkland Islands adventure begins with a welcome meeting at 3 pm at your lodgings. Keep an eye out for a sign directing you to the meeting, or ask reception where it will take place. Please make sure you have your insurance and next of kin details to pass on to your leader.

This morning you’ll have your first opportunity to spot penguins in Gypsy Cove, just 20 minutes from Stanley. A colony of magellanic penguins call this wind-swept bay home, and you can watch them waddle from a well-situated viewing platform. Visit the southernmost Anglican cathedral in the world (and one of the smallest) which features a monument made from whale bones in its yard. Snap a photo with the Totem Pole, which features directions to towns as far-flung as Seoul and Tamworth. You’ll also see government house and the Liberation Memorial, which honours British Forces that served during the Falklands War. End your three-hour tour with a stop at the Falkland Islands Museum and National Trust, located in a historical dockyard site.

Travel about an hour southwest to the Argentine Cemetery in Darwin, which houses the remains of Argentine soldiers who lost their lives during the 1982 conflict. Continue to Goose Green. Once a relatively healthy settlement and location of a tallow factory, the area is now known primarily as the location of the first land battle between Britain and Argentina during the war. The Battle of Goose Green was a devastating and protracted fight that ended up having wide-ranging repercussions both for the war itself and the public image of the conflict. Travel around an hour to reach the British Cemetery of San Carlos, which holds the remains of the British killed during the conflict. Drive past various battlefields and get a sense of the physicality of the conflict and the terrain it was fought on. Finish up a day of historical travel with a visit to the San Carlos Museum of History. It’s small but packs a punch, stuffed with artefacts both military and civilian.

Delve deeper into the dark recent history of these rugged islands with a visit to Estancia Fitzroy. On 8 June 1982, Britain suffered their most severe casualties during the war when two landing ships were hit by Argentine air attacks. Forty-eight were killed. Learn about the string of events that lead to this tragic event and visit the many memorials that dot the cove nearby. Explore the mountains and hillside of Fitzroy, stopping to visit the village hall, where some items of historical value and on display.

Enjoy the scenery during a rollicking 4WD journey towards Johnson’s Harbour Farm. Follow a penguin track to colonies at Volunteer Point, where you’ll have a chance to see king (Aptenodytis patagonicus), gentoo (Pygoscelis papua papua) and magellanic (Spheniscus magellanicus) penguins. Explore the area on foot, snapping photos and getting up close and personal (well, up to a distance of six metres) with some of nature’s most enchanting birds.

Today you’ll tackle the rough and craggy Falkland Islands terrain with a hike. Lace up and head towards Moody Brook, the starting point for a trek that will last between 3 and 5 hours. There are numerous points of interest for hikers across East Falkland. The area is known for its harsh beauty – from vast moors to rocky meadows. Depending on weather and terrain conditions, you may have the chance to tackle Tumbledown Hill, Longdon Hill or Wireless Ridge.

Today you are free to explore East Falkland at your own pace. Maybe head out on another hike to tackle more of the islands craggy terrain. If you’d rather spend the day relaxing, don’t despair. It’s not just the landscape and Anglican cathedral that gives Stanley the feel of a little Britain – it’s also the pubs. If you feel like a classic pub grub, head for one of the locals, complete with a Union Jack flag and inexpensive lager. There are a handful of eateries in town, many of them focusing, unsurprisingly, on seafood. Fresh squid is an islands speciality, as are trout and goose pate.

Today your Falkland Islands adventure comes to an end after your included transfer to the airport.