Discover India’s cultural capital, Kolkata. Browse the colourful flower market, visit cultural treasures on a guided tour, and explore the Kumartuli district where clay idols are made. There aren’t too many places in the world like Ima Keithel. This 100% female-run bazaar is an absolute inspiration, and has been around for longer than you might think!. Travel to Nagaland and learn about the warrior-like Naga tribes in Kigwema Village and Naga Heritage Village. Embark on a jeep safari through Kaziranga National Park, famous for its one-horned rhinos, and make a day trip to spectacular Cherrapunjee, the wettest landscape on the planet 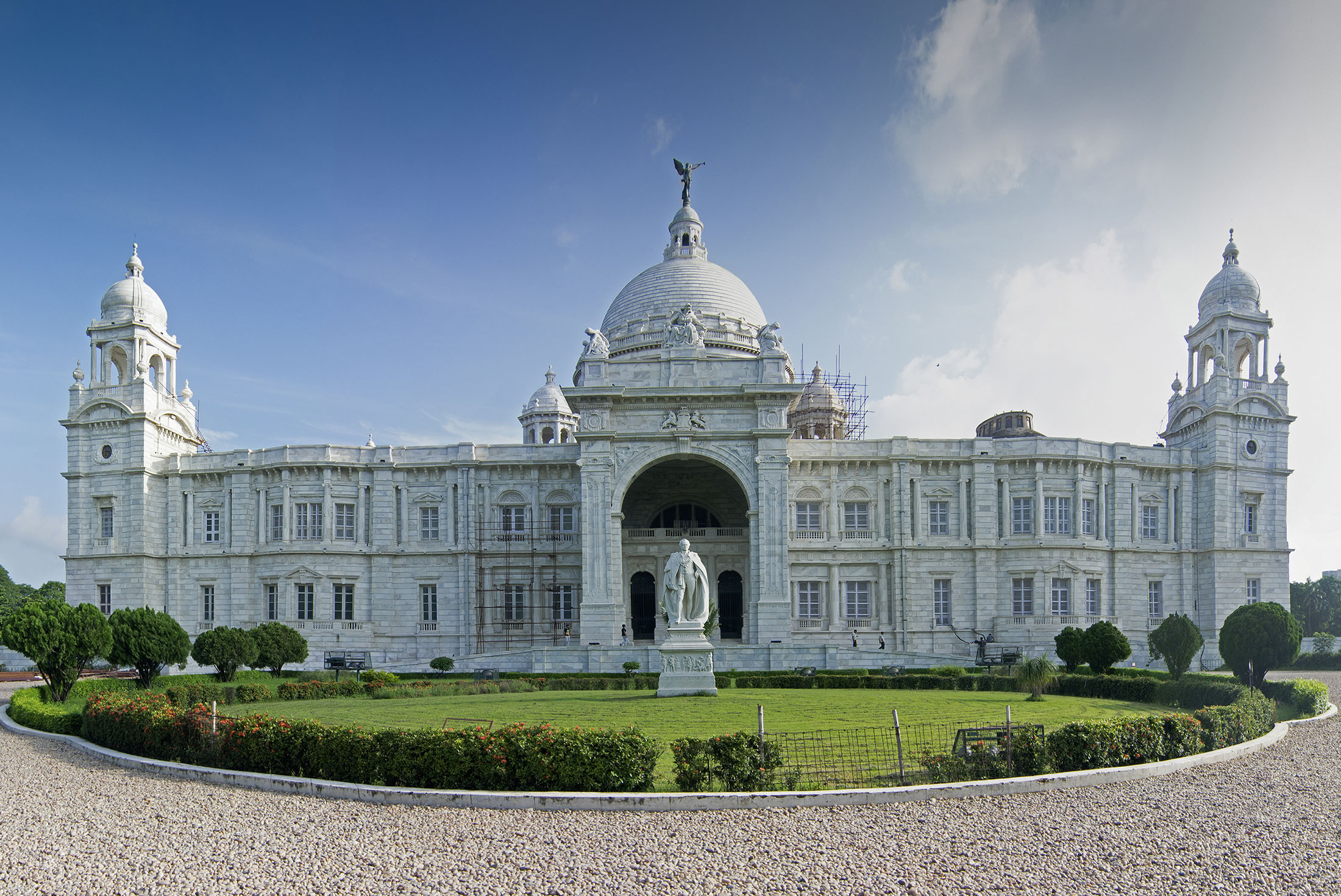 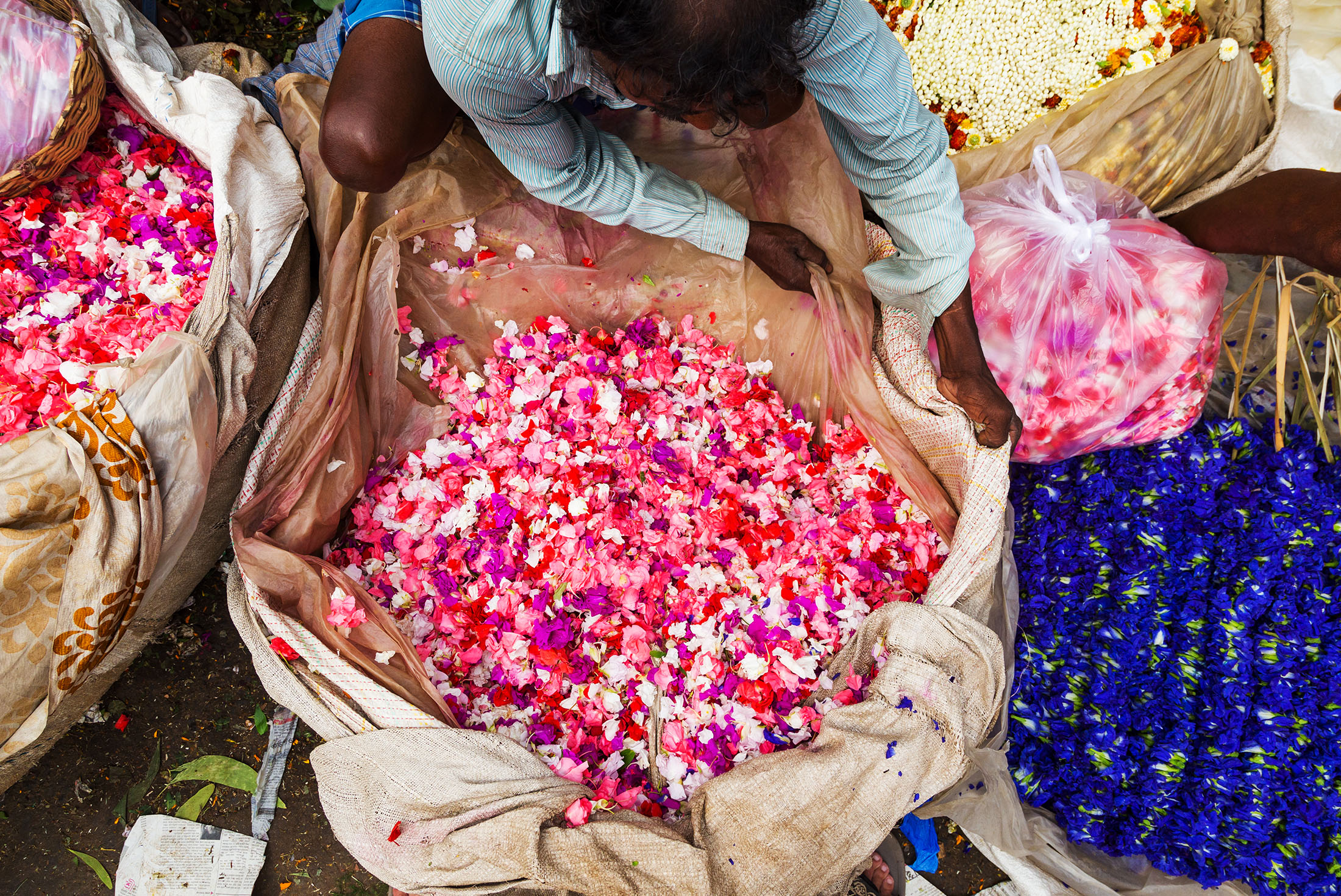 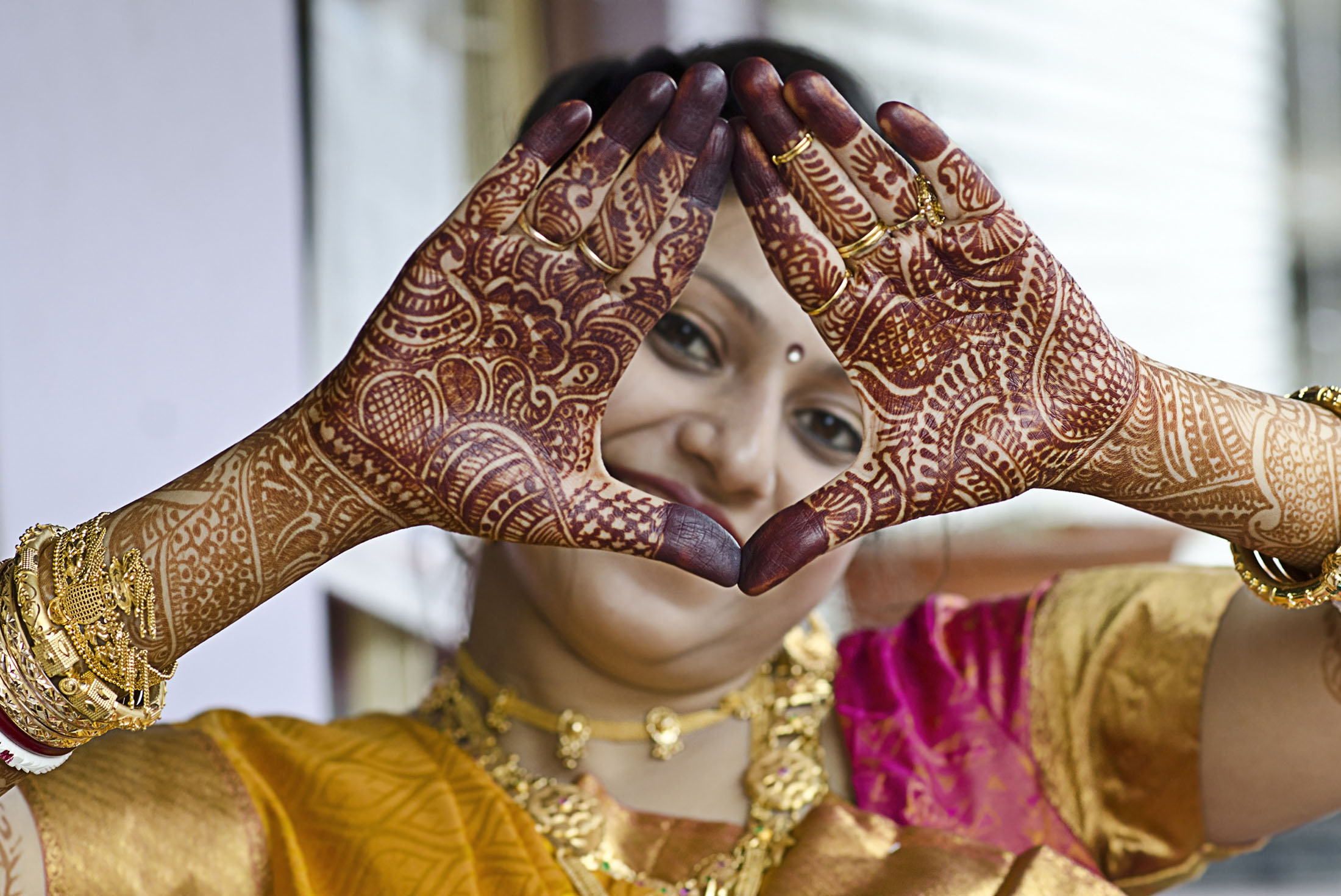 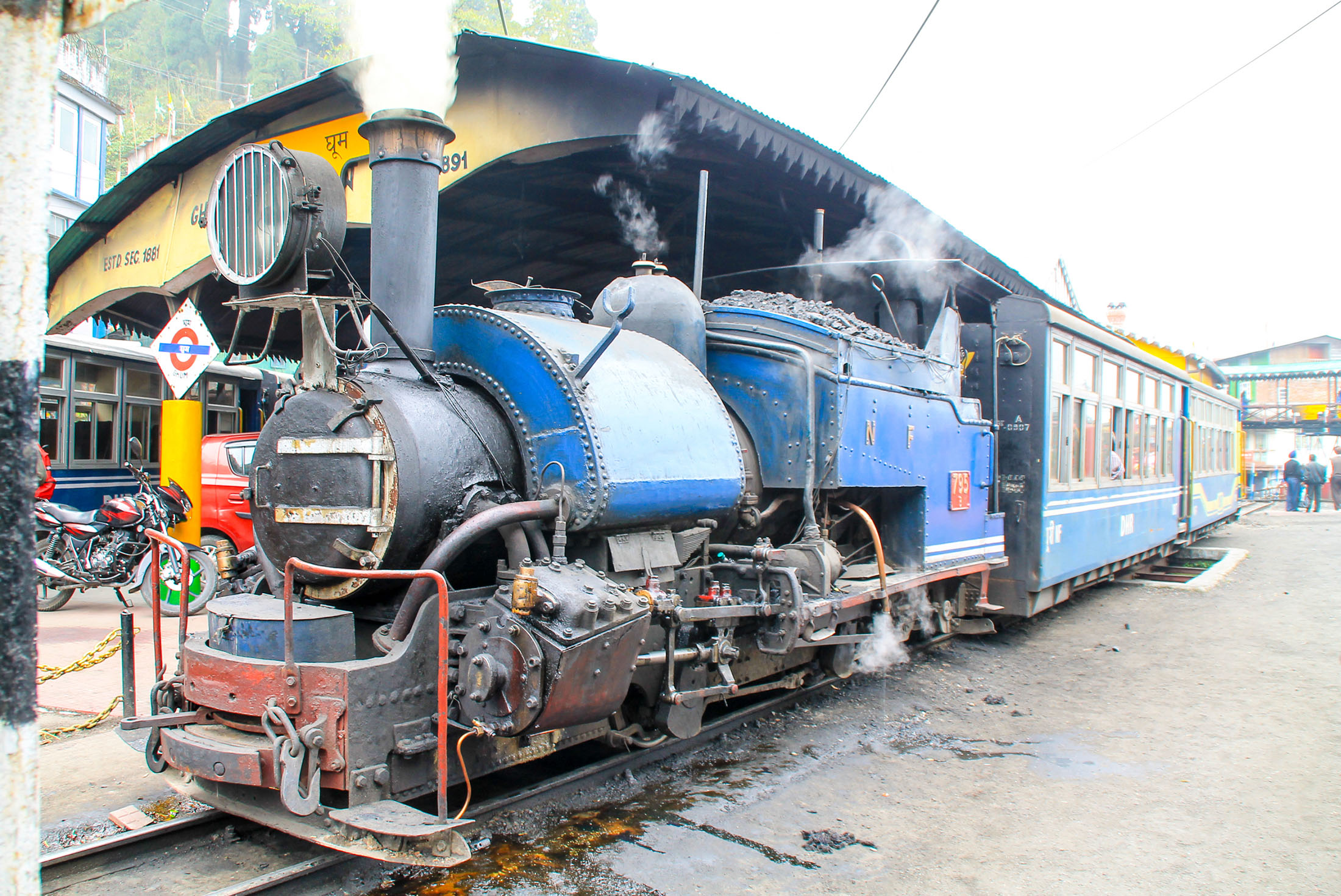 Namaste! Welcome to India. Join your group for a 6 pm welcome meeting. The noise and chaos of India's second largest city might be confronting at first, but if you have time to explore you'll discover impressive colonial architecture, some of the best restaurants in the country and a thriving arts scene. Bengali theatre, dance, poetry, art, music and film are all on show here, and there's usually plenty to choose from at the city's many venues. This city is also where Mother Teresa did much of her charity work. Learn more on one of our Urban Adventures if you arrive early.

Start the day by visiting the bustling but beautiful wholesale flower market. Then embark on a tour of Kolkata that includes one of the city’s most recognisable landmarks, the Howrah Bridge. See the grandiose Victoria Memorial, an interesting relic of the colonial era built to commemorate Queen Victoria's diamond jubilee; the Indian Museum, the largest and oldest museum in India; and a temple dedicated to the Hindu goddess Kali. In the afternoon, visit the Kumartuli, a neighbourhood long associated with the making of clay idols which are then immersed in the Hooghly during Kolkata’s colourful pujas (offering or prayers).

In the morning, fly to Imphal (approximately 1 hour and 15 minutes). It's located in the state of Manipur. Visit the unique Ima Keithal Women's Market, which is run solely by women. The largest of its kind in Asia, possibly the world, this market is a superb example of women's empowerment. It is difficult to say when it was established, though many say it came into being sometime in the 16th century. Traditionally women in Manipur have always been at the forefront of politics and fighting inequality. Around 4000 women traders sell all manner of goods here: fish, vegetables, bamboo and metal craft, traditional phaneks (sarongs) and innephis (stoles/dupattas), indigenous herbs, bangles and jewellery.

Enjoy a full day excursion to Keibul Lamjao National Park, which is home to Loktak Lake, the largest freshwater lake in Northeast India. This iconic lake is known for its circular floating swamps and is the only 'floating national park' in the world. It's the home of 233 different species of aquatic plants, more than 100 species of birds, and 425 species of animals, including Indian pythons, sambar, barking deer, civets, monkeys and gibbons.

Depart Imphal in the morning, travelling by road to Kohima (approximately 6 hours). On the way there, you'll stop in at Kigwema Village, where Naga people reside. The Naga, a people native to north-eastern India and northwest Myanmar, are made up of a variety of tribes which share similar customs and warrior roots.

Set off in the morning on a half-day excursion to Khonoma Village. In Khonoma, the Angami Nagas fought a fierce battle against the British, who came in an expedition to these Naga Hills in 1879. The inhabitants of Khonoma place a lot of emphasis on wildlife conservation and have established The Khonoma Nature Conservation and Tragopan Sanctuary. In the afternoon, visit Naga Heritage Village for a glimpse of tribal lifestyle and culture of various Naga tribes from all over Nagaland. Also check out the World War II memorial (if there's time).

In the morning, drive to Kaziranga (approximately 6 hours). This is your gateway to Kaziranga National Park, which hosts two thirds of the world's great one-horned rhinoceroses. It's one of the last parts of eastern India that's still largely untouched by a human presence.

Embark on an early-morning jeep safari out in Kaziranga National Park. Look out for elephants and other wildlife such as deer, wild boar and of course the famed one-horned rhino. Local birdlife to look out for are eagles, parakeets, lovely blue-tinged Indian rollers and many more. Later in the morning, depart Kaziranga and drive to Shillong (approximately 7 hours).

Go on a full-day excursion to Cherrapunjee, which is credited as being the wettest place on Earth. Walk the David Scott trail and take in the amazing surrounds: cascading waterfalls, crystal clear streams gushing down from mountains, typical Khasi villages, lovely valleys, forested groves and expansive meadows. In the afternoon, take a sightseeing tour of Cherrapunjee which includes the highest waterfall in India (Nokhalika). Also visit the Mawsmai cave (time permitting) which is managed by local people.

Enjoy a morning of leisure to relax and unwind. Depart Shillong and travel to Guwahati (approximately 3 hours). From there, take an overnight train to New Jalpaiguri, departing at around 10 pm.

Arrive in New Jalpaiguri at around 6 am. Drive to Darjeeling (approximately 3 hours) and enjoy the rest of the day at leisure. If you have the energy, check out colonial-era architecture, visit Buddhist monasteries, or just stroll the mall. Alternatively, rest your legs and relax in this lovely Himalayan mountain town.

Early in the morning, walk to Tiger Hill (approximately 1 hour) to catch a glorious sunrise over the snowy peak of Kanchenjunga – the world’s third highest mountain. In the afternoon, transfer to Ghoom to board the Darjeeling Toy Train and enjoy a ride of a lifetime, winding your way through the mountains. The journey on the Toy Train, a classic steam-powered locomotive, is probably the most romantic way to experience the Himalayan landscape.