For wildlife lovers and rhino enthusiasts alike, this is one of the greatest adventure travel opportunities in Africa out there. The chance to see a species so rare and imposingly beautiful does not come often. Game drives at Ol Pejeta and Lake Nakuru are included. And with both destinations famous for their black and southern white rhinos, there’s a great chance of sighting some. Meet the resilient women of Kenya involved in One Horizon, a Nairobi social enterprise making a real difference to the lives of local females. Rhino tracking at the Ziwa sanctuary is included in the trip price, and you’re in great hands with local experts who know the bush like the back of their hand

Embark on an immersive wildlife safari in East Africa, visiting the world’s last remaining northern white rhinos in Kenya and braving the wilds of Uganda. Departing Nairobi, visit Ol Pejeta Conservancy to see these magnificent and heavily guarded beasts, before entering the spectacular Great Rift Valley and stopping at Lake Nakuru. Track rhinos at Ziwa Rhino Sanctuary, go birdwatching at Lugogo Wetlands, watch the great flow of the Nile over the unique Murchison Falls, and admire the mahoganies and ironwoods of Rabongo forest as chimpanzees swing about. With such rare wildlife viewing opportunities, an abundance of stunning landscapes, and stories of hope and survival to take the breath away, this is the East Africa safari most travellers merely dream of. 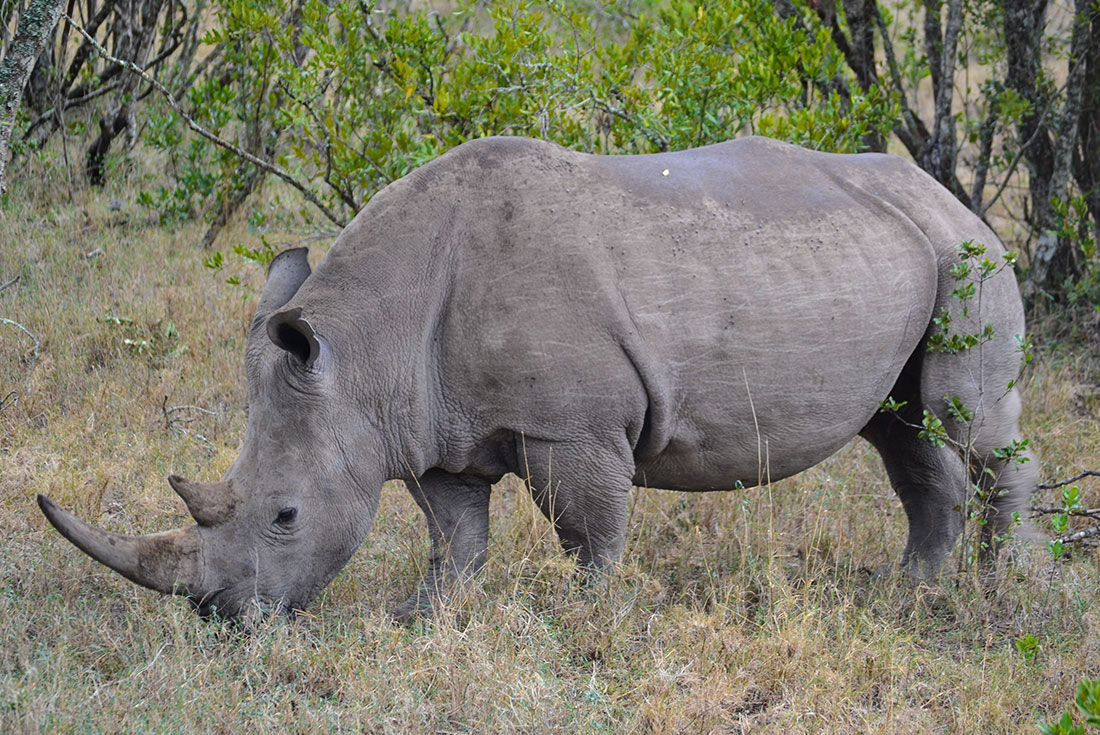 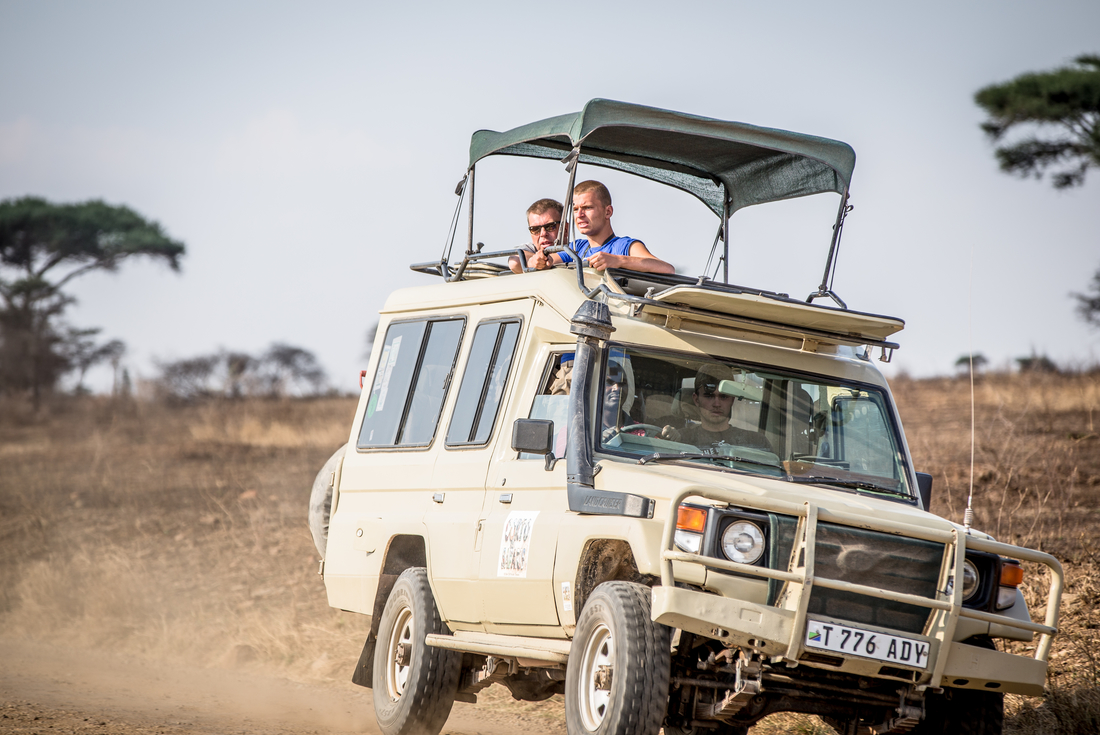 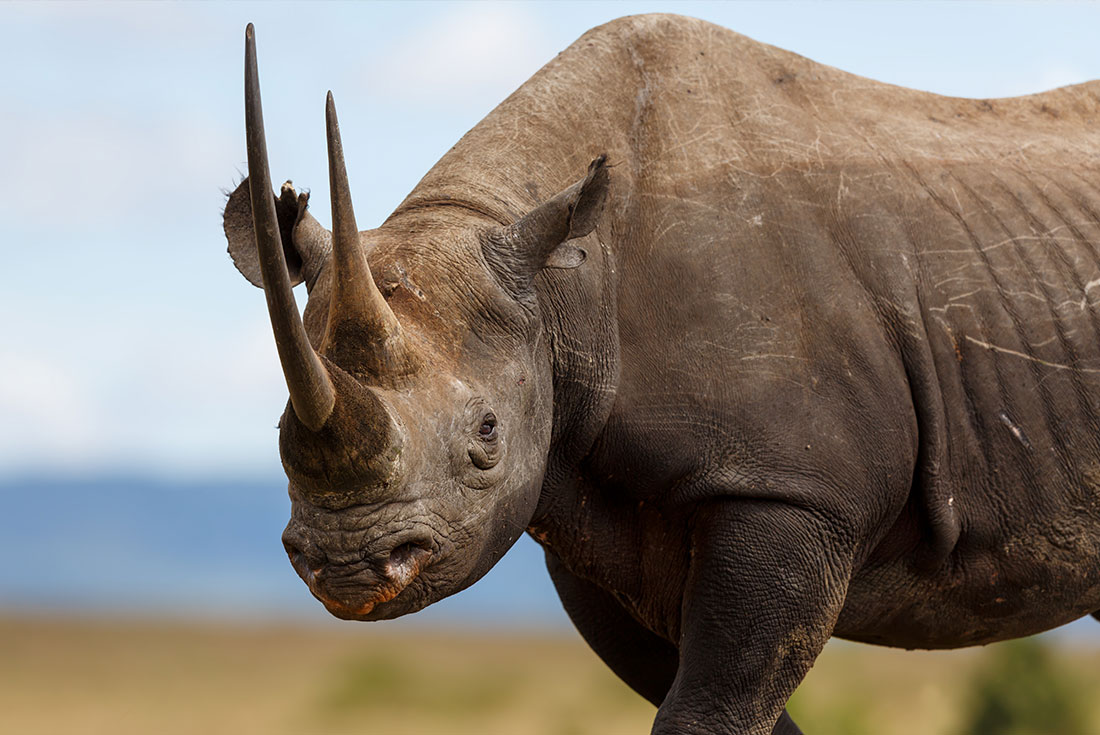 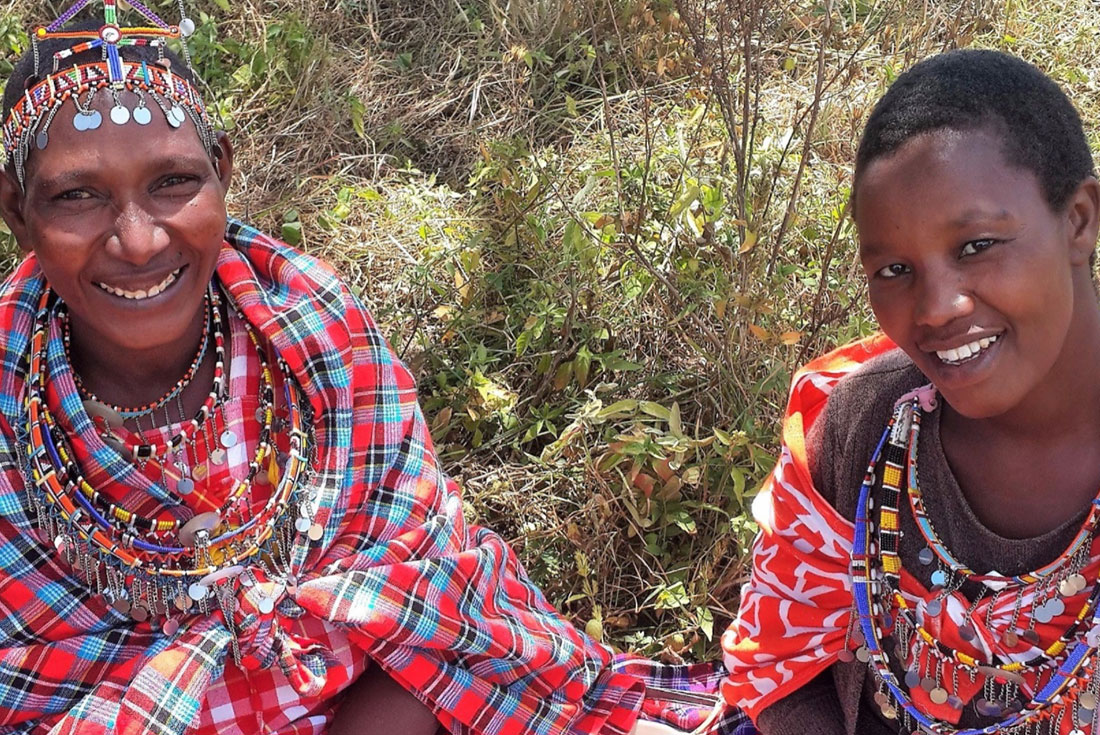 Welcome to Nairobi. You will be met and transferred to your hotel by our representative (approximately 45 minutes’ drive). The remainder of the day will be at your leisure, with optional activities available. There will be a welcome meeting at 4pm. Dinner is included this evening, so head out on the town and enjoy a taste of what Nairobi has to offer. There's also a presentation from the East Africa Wildlife Society on the work they do and how your donation through this trip helps their cause.

After breakfast at the hotel, check out and drive to Ol Pejeta. After settling into your camp there, enjoy some lunch. In the afternoon, it's time to visit the Ol Pejeta Conservancy and witness the last northern white rhinos. It's a once in a lifetime opportunity to see these rare beasts and hear their dedicated keepers tell their story. The 700-acre endangered species enclosure also protects small populations of Grevy’s zebra and Jackson’s hartebeest. The greater rhino sanctuary spans some 24,000 acres – typical savannah grasslands interrupted by whistling thorn shrubs, acacia trees and lush green vegetation along The Uaso Nyiro River. Here giraffe, zebra, eland, oryx, waterbuck, grants gazelle, Thompson’s gazelle, elephant, buffalo, silver backed jackal, ostrich, hartebeest, baboon, lion, hippo, and rhino roam free. There are also several bird species to observe – among them the Mairbou stork, African spoonbill and African hawk-eagle.

Set off on a full day game drive at Ol Pejeta Conservancy. As well as the northern white rhinos, the conservancy plays host to 114 black rhinos and a significant population of southern white rhinos (whose population was, in a huge feat of collective conservation, boosted from less than 50 in the 19th century to the 20,000 or more that roam Africa today). The park is also home to cheetahs, jackals, a small number of African wild dogs and countless other game. Today there's the option of visiting Morani Information centre for the chance to learn about more about the wildlife in the area and get comprehensive information on how a modern wildlife conservancy works.

Head to Lake Nakuru via Thomson Falls, enjoying some incredibly scenic views along the way. We arrive in time for lunch at the lodge. Proceed to Lake Nakuru Park and check into your lodge, which is located inside the park itself. The place is well known in Kenya for its rhino population, with a huge population of southern white and black, to be found in the park. It’s one of the most protected parks in the region, hence the growth in the rhino population. We embark on an afternoon game drive in the park and see how these animals thrive. Over the course of the year the lake changes size considerably, shrinking to its smallest in March at the end of the dry season, and changing the type of birdlife and wildlife that inhabit the area. While changes in water levels and chemical concentration caused the permanent population of flamingos to move elsewhere in the 1970s, the lush area around the lake is still well known for its birdlife.

Enjoy a full day of exploring Lake Nakuru, embarking on morning and afternoon game drives. The lake is situated right in the middle of the Great Rift Valley, one of the most dramatic landscapes in the world. What's even more remarkable than the terrain, however, is the vast breadth of birdlife it attracts. A game drive is a chance to spot waterbuck, warthog, impala, buffalo, cheetah, Rothschild Giraffe, lions, leopards and rhinos (both southern white and black).

After an early breakfast, check out of your camp and drive back to Nairobi this morning. Today there will be an interactive tour that introduces you to the resilient women of Kenya. It's a chance to spend time with some inspiring women who are overcoming hardship and turning their lives around, thanks to a unique social enterprise known as One Horizon Africa. It's about education and empowerment through vocational and lifestyle training, imbuing local women with a sense of independence and control over their lives.

Transfer to Nairobi Airport and take a flight to Entebbe Uganda. With a population of over 30 million, Uganda is one of the five countries that make up the East African community. It's a country of great cultural diversity, and in recent years has been one of the most progressive in the region in terms of health education relating to HIV. On arrival in Entebbe Airport you will be met and transferred to your hotel in Kampala by our representative. There will be an important welcome meeting at 6 pm. Afterwards, head out into Kampala for an included group dinner to get to know your fellow travellers.

Head towards Nakasongola District where Ziwa Rhino sanctuary is located. Check into your lodge, then take short nature walk to stretch your legs. There will be a talk to the group about the rhino re-introduction project at the sanctuary and learn your lodge helps the Rhino Fund of Uganda, with 10% of their revenue going towards operations and the upkeep of the rhinos. Bordering the sanctuary is the Lugogo Wetlands. This wetland is an integral part of the ecosystem and is home to a multitude of animals and rare birds. In addition to the shoebill canoe ride scheduled for tomorrow morning you'll be able to check out the birdlife on a optional nature walk.

Rise nice and early this morning for a canoe ride in search of the unique shoebill bird in the Lugogo Wetlands. Avid birdwatchers will be delighted; in addition to the shoebill, more than 350 species of bird are found on the sanctuary. Among them are white crested turacos, giant kingfishers, palmnut vultures, barbets, and 11 of the woodpecker species, including the speckled-breasted woodpecker. After lunch at the lodge, we head into the sanctuary to track rhinos on foot. Accompanied by a well-trained guide you'll learn more about not only rhinos local botany, general bush knowledge, birds and other animals seen on the savannah. The Ziwa Rhino Sanctuary and its resident beasts are patrolled and monitored by Rhino Fund Uganda’s own rangers on a 24/7 basis.

After breakfast, check out and proceed to Murchison Falls National Park. We'll drive through the park and cross the Victoria Nile river to arrive at our lodge. After lunch and some free time, take a boat ride along the river towards Murchison Falls, looking out for crocodile and hippos. When reaching our destination we hike a short distance to check out the impressive falls. While the cascades don't drop a large distance to the river below, the force of the water is quite amazing; the Nile forces its way through a small gap in the rocks before flowing westward into Lake Albert.

Today is a free day to either relax or take up some optional activities. A great option is to visit Kaniyo Pabidi, on Masindi road – it's a beautiful natural forest dominated by giant mahogany and ironwood trees. Here chimpanzees can be tracked from Kaniyo Pabidi tourism site, which is run by the Jane Goodall Institute. Birdlife here is also abundant and includes the chocolate-backed kingfisher, the white-thighed hornbill, and Puvel’s Illaposis which are endemic to the region. Another option for today is to explore Rabongo Forest is an island of tropical river forest set in a sea of grassland in the south-east of the conservation area (it's roughly a 1.5 hour drive from the lodge). Exploring on foot there is highly recommended – you might come across primates such as the black-white colobus, red tailed monkey, baboon or even a chimpanzee.

Today we farewell the lush Murchison Falls National Park and head back to Kampala. After the long drive we anticipate to be back at the hotel before 6 pm, at which point the trip draws to a close.