Cruising the Islands of Greece and Turkey

Cruising the Islands of Greece and Turkey

Whether you want to revel in the atmosphere of Mykonos or relax on your own at the private paradise at Manganari Beach, there are plenty of opportunities to soak up the sun. Watch the spectacular colours of Santorini’s famous sunset bathe the caldera as you enjoy a sunset drink on board with fellow travellers – what could be better!. Get off the tourist trail with a stop in Amorgos, where a striking 11th-century monastery built into a cliff offers breathtaking views of the Aegean Sea. Brush up on your history and mythology by touring the important archaeological site Delos with local guides

Santorini and Mykonos lure sun-seeking crowds to their idyllic shores for good reason, but the collection of islands that make up the Cyclades are ripe with less-travelled gems. Cruise the Aegean Sea on a small ship and take in these perennial favourites as well as charming hill villages, secluded beaches and an unusual rock hewn monastery. Delve into the country’s rich history exploring ancient archaeological sites like Delos. Spend a day in Turkey touring the ruins of Ephesus and the Temple of Artemis, one of the Seven Wonders of the Ancient World. Add a healthy helping of delicious Greek cuisine for an adventure you won’t soon forget. 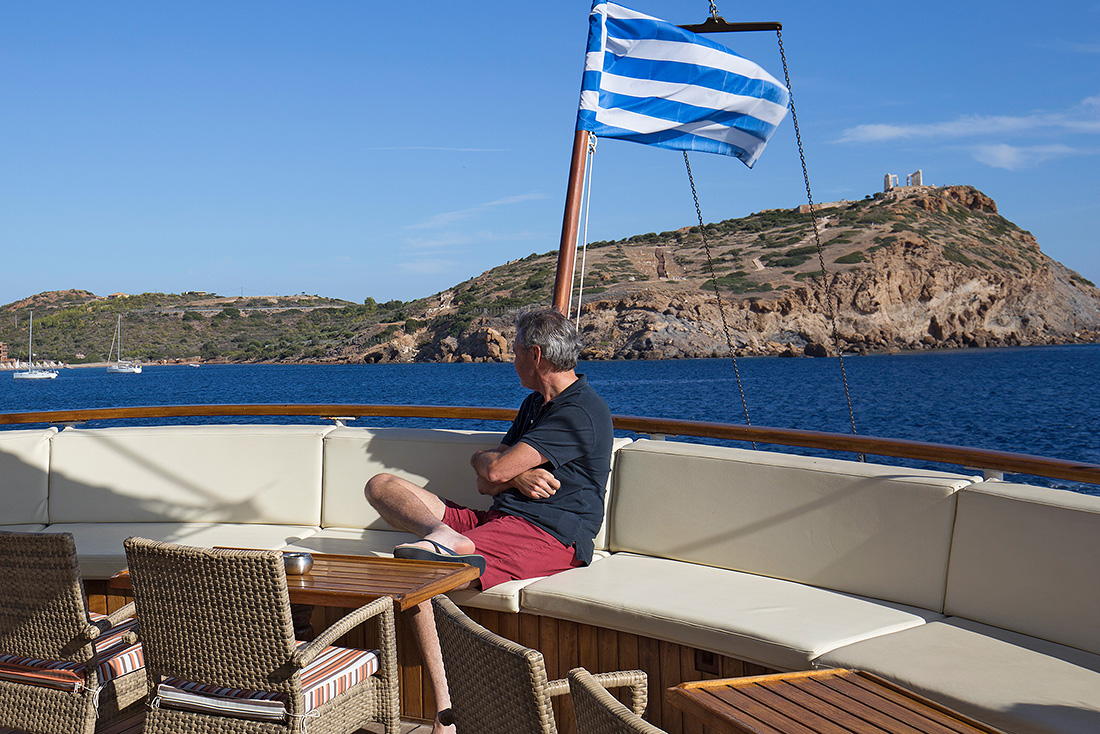 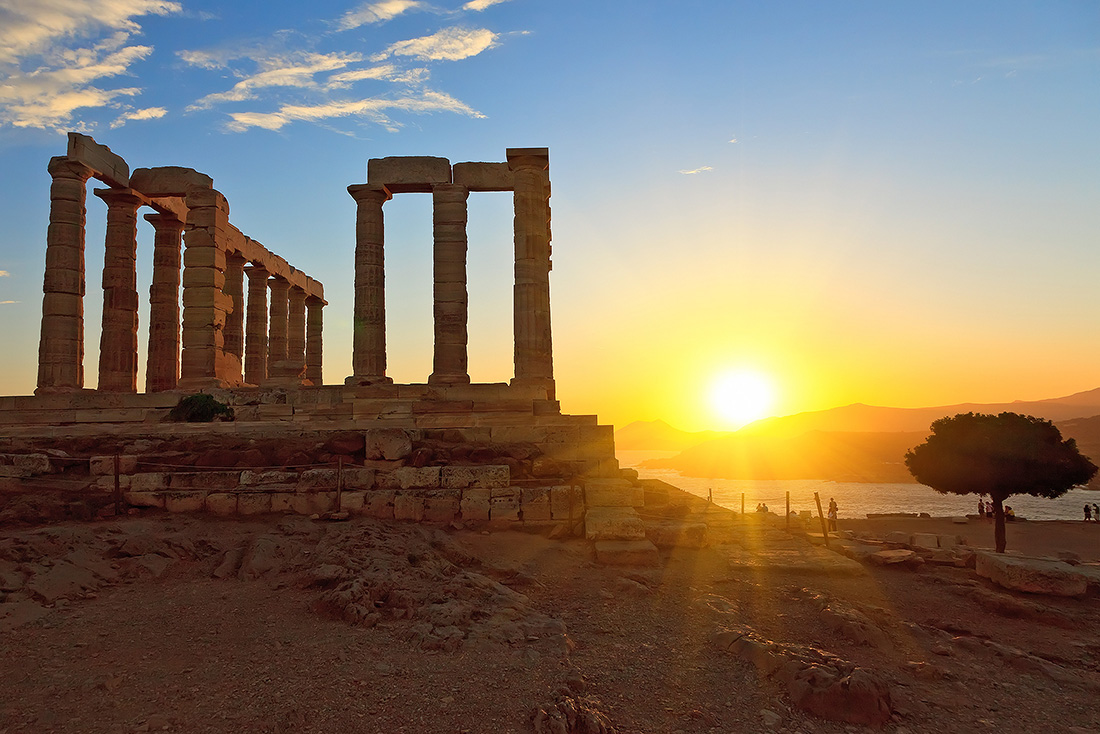 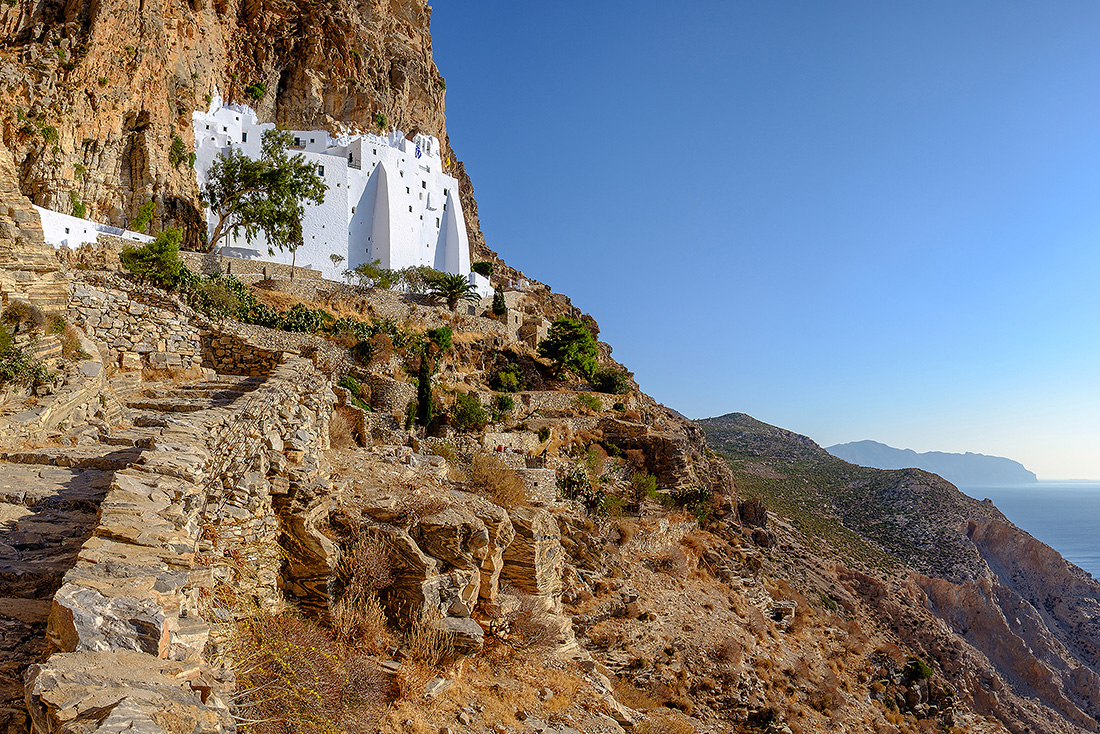 Welcome to Athens, Greece’s historic capital city. Boarding begins at 3pm and we set sail at 4 pm. The first stop of your journey is Sounion, where a memorable sunset dinner awaits. Get to know your fellow travellers as you dine under the magnificent temple of Poseidon, the god of the sea in Greek mythology. Towering 65 metres (213 feet) above the Aegean Sea, its marble columns have inspired many who came before, including poet Lord Byron. Sail overnight to Poliegos.

Arrive in Poliegos. Meaning ‘many goats’ in Greek, the aptly named island is uninhabited, apart from its large goat population, and is known for its untouched beaches, gorgeous rock formations and sea caves. Enjoy a swim in the clear Aegean Sea and a lunch barbecue on the beach before setting sail for Folegandros. Stretch your legs in the clifftop town of Hora, one of the oldest and most picturesque traditional towns in the Cyclades. Enjoy free time for dinner. Stay overnight in port.

Sail to los in the morning for a stop at Manganari Beach. Its remote location makes it a private paradise and an ideal spot for a relaxing morning swim. Enjoy a delicious onboard barbecue as you continue on to Santorini. In the afternoon, take a cable car from Thira Old port up to town for a leader led orientation walk. Later transfer to Santos winery and enjoy some tastings taking in the amazing views. Next stop is Oia for some free time and then head back to the boat for a sunset dinner toasting the day with sparkling wine. Relax and unwind with free time in the evening.

Depart early for Amorgos, where you will spend half a day touring the island. This tour includes a visit to the Monastery of Hozoviotissa (Monastery of the Virgin Mary). Built precariously into the face of a cliff, the 11th-century monastery offers breathtaking views of the Aegean Sea. Follow this with a stop at Aegiali Beach where there’s time to swim and enjoy a barbecue on the beach. Sail overnight to Samos.

After an early morning customs clearance in Samos, continue to Kusadasi, a resort town on Turkey’s Aegean coast and the gateway to the ancient city of Ephesus. Tour this incredible archaeological site and learn about its varied history with a local guide. After a traditional Turkish lunch, indulge in some shopping and learn a thing or two about Turkish carpets. Spend the evening at port in Samos, then depart at midnight for Mykonos.

In the morning, sail to the ancient World Heritage-listed site of Delos. The mythological birthplace of twin gods Apollo and Artemis, this tiny island is considered one of Greece’s most important archaeological sites. Explore these awesome ruins with the help of a local guide, who will explain some history and point out key attractions. Head back to the ship for a late lunch and a swim stop, before continuing to Mykonos for a leader lead orientation walk followed by a free evening.

Today is a free day to acquaint yourself with the glitz and glamour of Mykonos. Its charming Old Town is a delightful maze of whitewashed houses and cobbled streets. Perhaps explore the chic boutiques that line the town’s photogenic walkways. Or you may opt to soak up the sun on one of the main beaches. Return to the ship for a captain’s dinner, then sail overnight to Athens.

Enjoy a final breakfast with fellow travellers before disembarking in Athens between 8 and 9am. 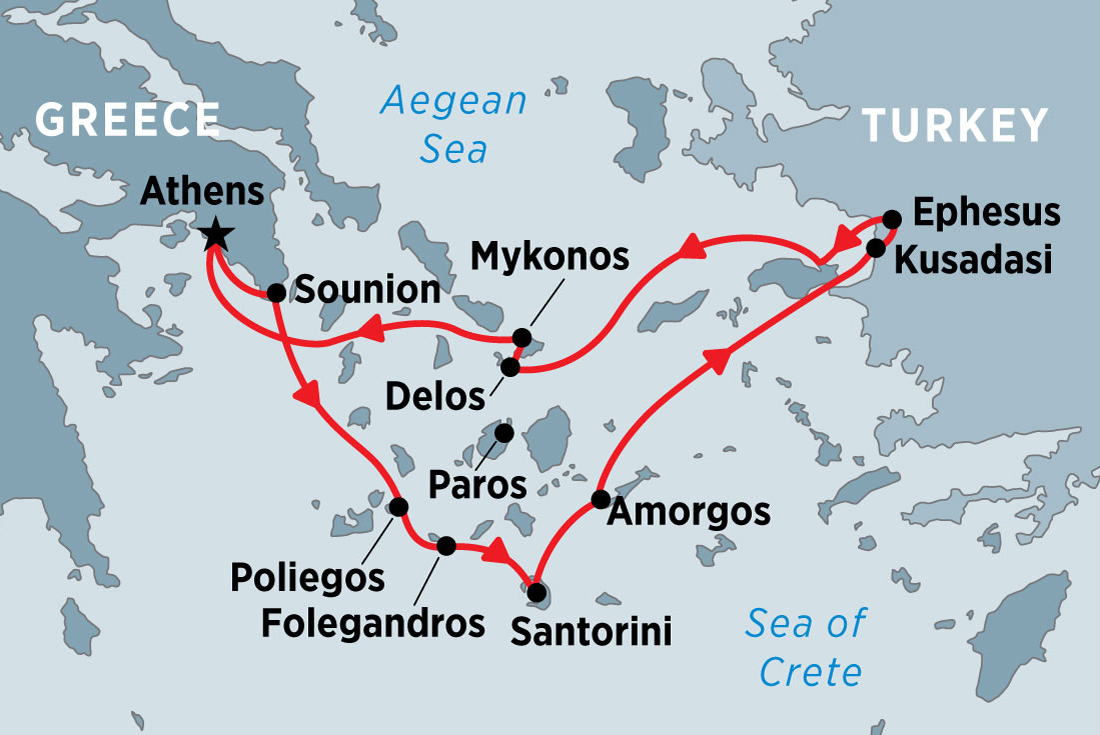