If you’re concerned about long days at sea, this is the tour for you: we’ve broken up the itinerary with plenty of optional shore excursions like Silves, Monchique and the Moorish gem, Jerez de La Frontera.. While bigger cruise liners have to moor out at sea and commute into shore via tender, we’ll drop anchor in the port of Seville. You can hop on or off the boat as you please.. This trip includes a guided visit to the ‘Rock’ of Gibraltar. You’ll catch a cable car to the top of the old English colony, and see the Barbary Apes running wild at the Middle Station.. This itinerary includes an optional day tour in Seville, one of our favourite cities in Europe. You’ll see the Cathedral, Alcazar Palace (and its famous Andalusian gardens), plus the shady lakes of Maria Luia Park.

The south of Portugal and Spain sail somewhat under the radar in comparison to their northern brethren. Board the elegant Harmony G and experience the glories of their southern coast – fascinating cities, culture-filled small towns, and the chance to slip off the boat’s swimming platform into welcoming waters. Beginning in the cosmopolitan capital of Lisbon, take the chance to explore atmospheric medieval citadels from a base at Portimao. Then voyage on to joyous Seville – striking for its flamboyance, flamenco and monuments – and Jerez de la Frontera, a place to soak in traditional Moorish architecture and sip sherry. Continue to the famous ‘Rock’ of Gibraltar, then choose an excursion to Ronda in the Andalucían hills, where a spectacular bridge gaps a town-splitting gorge. Take the chance to explore Granada, filled with Moorish architecture, tapas bars and natural beauty, then dock in Malaga. Offering the flexibility of a day spent exploring the culture and history of a stop or simply soaking up the sun with a book on the upper deck, this adventure cruise is a unique way to experience the Iberian lifestyle. 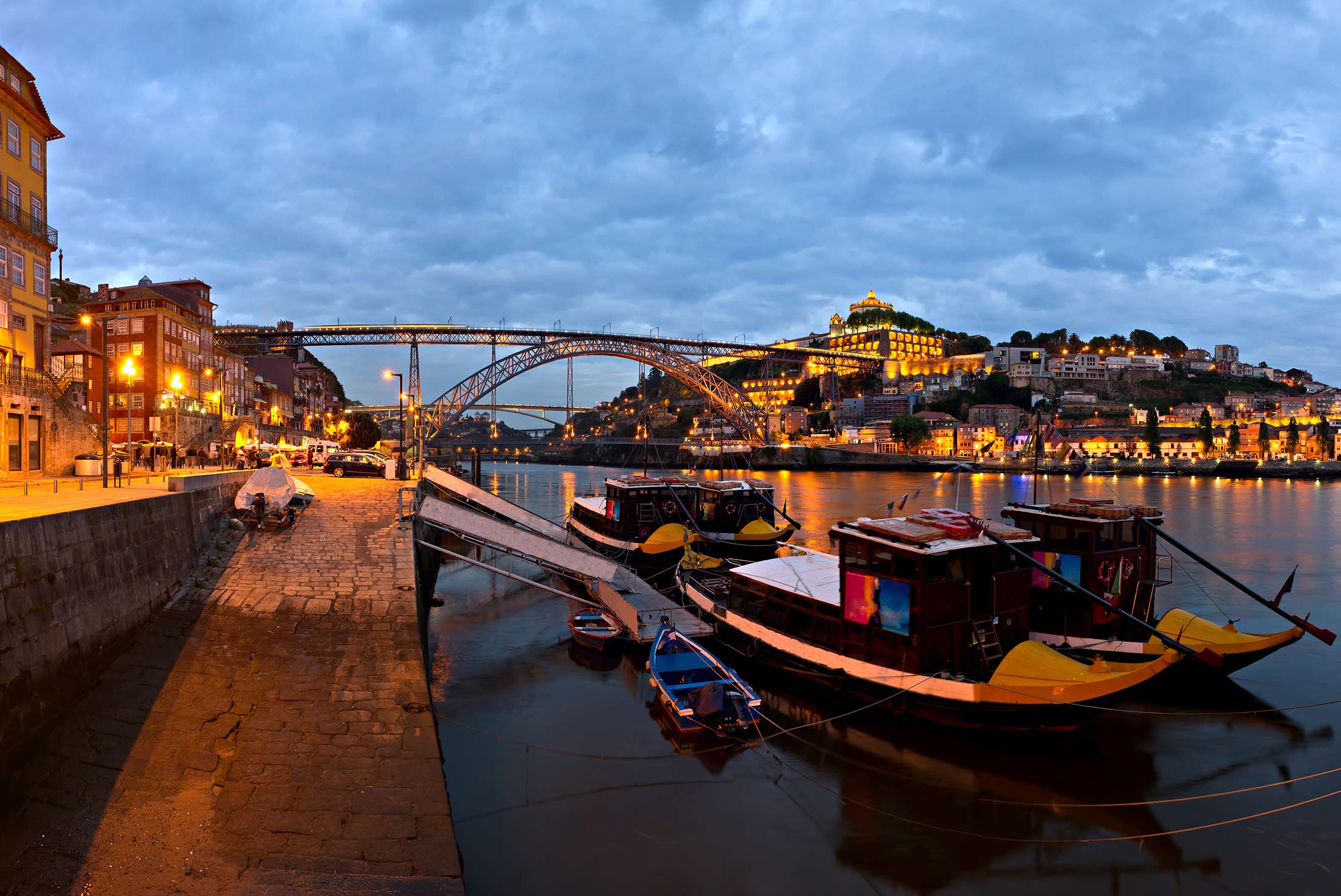 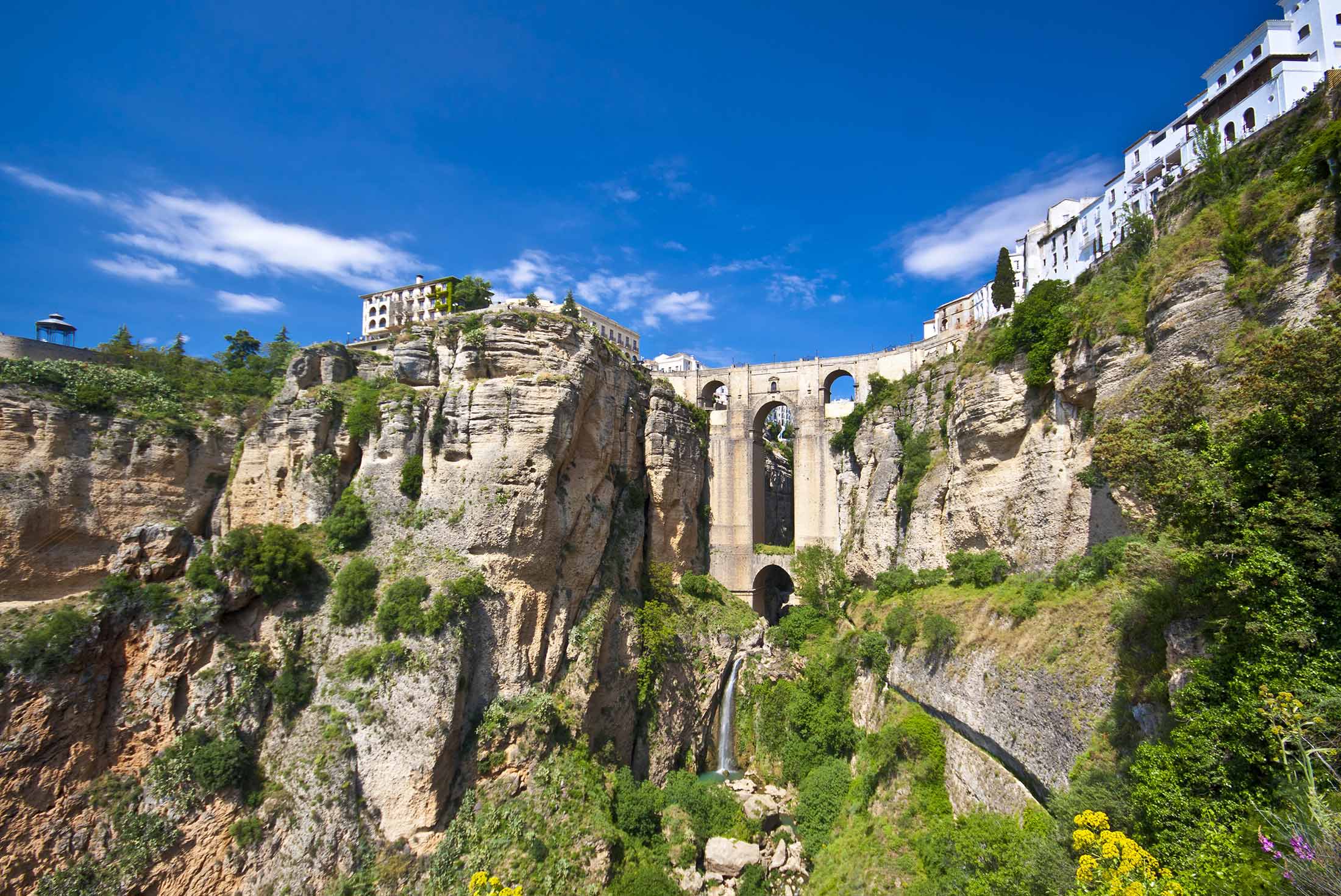 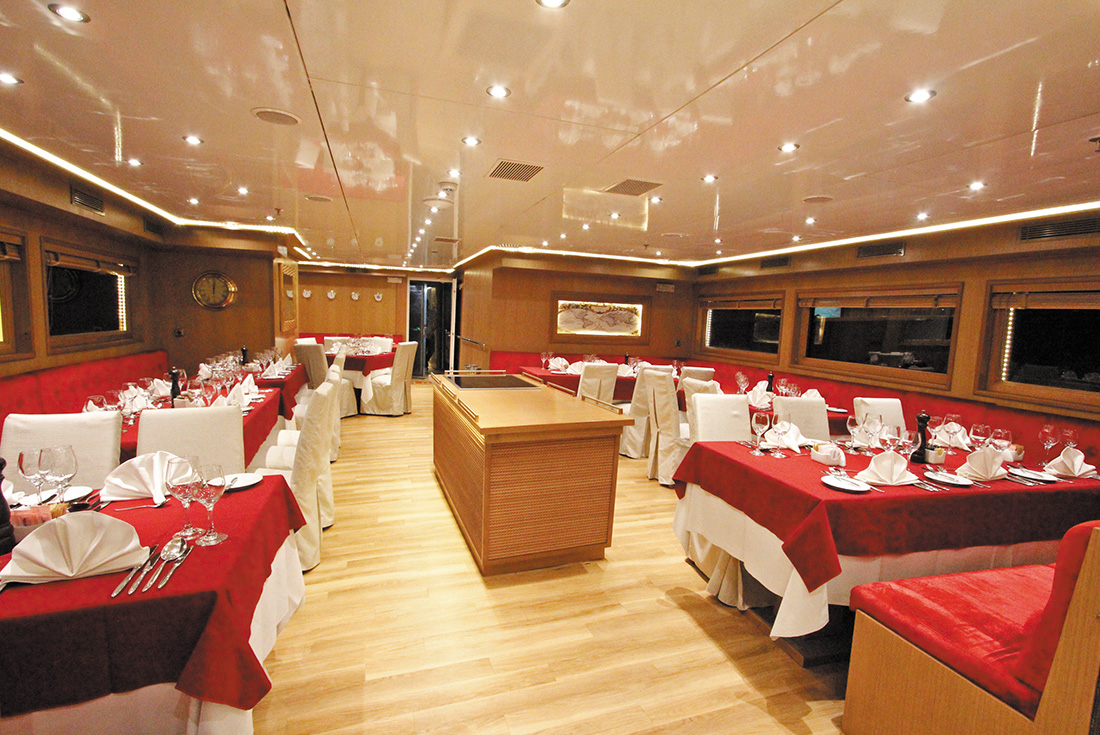 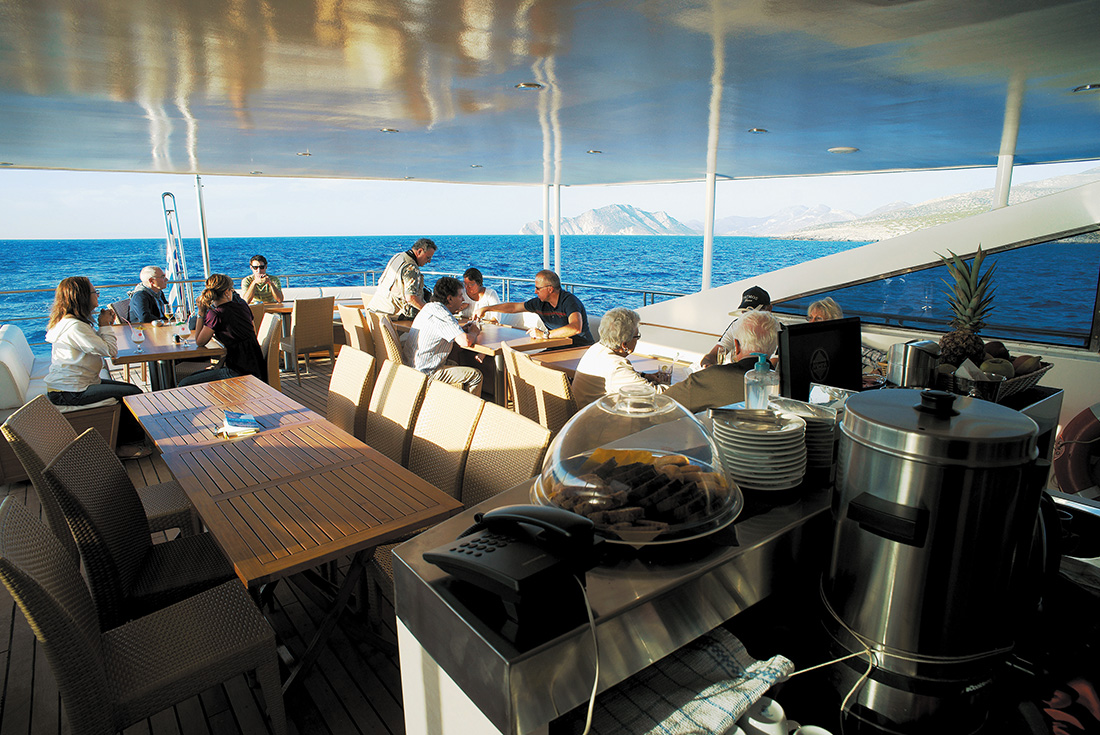 Make your way to the Santa Apolonia Cruise terminal at Lisbon main port, to meet your fellow travellers between 2 - 3pm. The coach will leave the terminal at 3pm. Enjoy a coach tour through the Portugese countryside to Portimao where you will meet the Harmony G and your crew. Welcome dinner on board and overnight in port.

Our half day excursion will take us to Silves, largely destroyed by a 17th century earthquake. Marvel at the centuries-old Moorish castle complex with an underground water reservoir, a 13th Century Cathedral built by Alfonso X of Castile on the site of a former Mosque and a fine strong 15th century bridge over the Rio Arade. During your visit to Silves, you'll also have time to browse the historic exhibits at the Museu Arqueológico. We leave Silves visit and travel into the Serra de Monchique to reach the picturesque city of Monchique nested between two hills. The city retains its 16th century charm and you will walk through its cobbled streets with small doorways housing various artisan trades. There is a 17th~Century Franciscan monastery overlooking the town and a 16th Century Parish Church decorated with hand-crafted blue ceramic tiles. We return to Portimao for a late lunch and sail to Seville.

This morning, we sail up the Guadalquivir river for a midday arrival in Seville. In the afternoon, take part in an optional Seville city tour. During your visit to the cathedral, you will explore the magnificent interior with its 138-feet-high central nave, tomb of Christopher Columbus and fine Gothic carvings that adorn one of the richest altarpieces in the world. Visit the Giralda, a 12th century bell tower which was formerly a minaret from the old mosque and is regarded as one of the city’s most beautiful buildings. The Casa de Pilatos is the best Andalusian palace of Spain and an example of the 16th century Sevillian architecture. It is also known as the Palacio de los Adelantados Mayores de Andalucía (Palace of the Governors of Andalusia). It was built between the 15th and the 16th centuries and it is one of the biggest private residences of Seville. Located in the historical centre, its Gothic Mudejar style, wonderfully combined with Renaissance innovations, is one of the highlights of the palace. Overnight will be in the port of Seville.

Today, you can choose to take part in a full day optional excursion driving through Seville where your guide will point out the most important monuments and sights, including the site of the 1929 World’s Fair, the Torre del Oro, the Maestranza Bullring and Triana Bridge. After this paronamic drive, You will carry on to Jerez de la Frontera. Inhabited since Palaeolithic times, the presentday town is located in a part of Andalucia where Tartessian culture reached the peak of its development. The Phoenicians called it Xera and the Romans, who also settled in the area, knew it as Ceret, a name modified to Xeritum by the Visigoths. However, real urban development did not begin until Moslem times, particularly during the Almoravide and Almohade periods. Mosques and palaces were built and the town centre was extended. Whether it is sherry-fino, amontillado or oloroso, you’ll want to sample this fine fortified wine here in its hometown. One of the famous ‘bodegas’ of Jerez opens its doors and invites you to see the blending process of this popular tipple. Your visit is rounded off with a tasting session of three different varieties within the unique atmosphere of the cellar itself. After your visit to Jerez Cathedral and Alcazar, we will continue to Cádiz, the oldest continuously inhabited city in Spain. The historic town centre is still surrounded by fortifications, dating mainly from the 18thcentury, and inside the walls it has changed little over the past 300 years: few buildings are more than three or four stories high, and the Cathedral dome and the 17th-century Tavira Tower still dominate the city. The excursion carries onto Cadiz where you will rejoin the ship. Any guest not wishing to take part in the excursion can enjoy a leisurely sail from Seville to Cadiz. Overnight in port.

This morning we sail to Gibraltar with a swim stop on the way. We'll have a beach BBQ before arriving in Gibraltar early afternoon. The optional Original Rock Tour commences at the port and takes you along Winston Churchill Avenue to the Spanish border and then to the Eastside of the Rock, through the Dudley Ward Tunnel to Europa Point. Here you can see the magnificent views over the Straits of Gibraltar. On a clear day the Northern coast of Africa is visible. After the photo stop the minibus will travel to the Upper Rock / Nature Reserve to visit the spectacular St. Michael’s Cave where you will see amazing examples of stalactites and stalagmites. Following the visit to the caves, you will travel to the Apes Den where the famous Barbary Apes can be observed in their natural habitat – the only apes roaming wild in Europe. It has been said, since after the Second World War, that Gibraltar will remain British as long as the apes inhabit the Rock. The tour will then continue passing by the Second World War Evacuation Monument, and then, following the 18th/19th Century British Defense Wall made of white Portland Limestone we will see the King’s Bastion. This was where General Elliott defended Gibraltar during the last Great Siege. The British Defense wall visibly changes to the Spanish built wall in the 1500’s – called the King Charles V Wall. The first stop is the 100 Ton Gun, a 17.17 inch 100 ton rifled muzzle loader, the ‘supergun’ of the Victoria era. Only 4 guns of this type were built in Newcastle-Upon-Tyne, England. The tour then leads up the winding roads to the summit of Gibraltar – 426m above sea level where you will see the site of O’Hara’s Battery. This Battery affords a 360º view of Gibraltar, Spain and – on a clear day – the coast of Africa. In 1940, Britain was at war with Germany and Italy, and the future looked very bleak for Gibraltar as it was surrounded by the enemy. Winston Churchill and the British Military leaders believed that an attack on Gibraltar was imminent. The answer was to construct a massive network of tunnels, to build a fortress, or a city within a city, and the tunnels were excavated during 1939 – 1944 by the Royal Engineers and Canadian Engineers. In May 2005 these World War II Tunnels were opened to the public, and now you will be able to see the amazing testament to the soldiers and civilians who worked inside the Rock during the darkest days of the war. Finally the tour continues past the Tower of Homage, part of the Moorish Castle built in 1333, the oldest free standing building in Gibraltar. You will have an opportunity to finish the tour in Main Street for shopping, or go back to the Port. Overnight in the port of Gibraltar.

Early morning sailing to Porto Banus with a swim stop on the way. After lunch, take an optional half day excursion to Ronda, 50 km inland a city which retains much of its historic charm, particularly its old town and the nearby 18th century Puente Nuevo. Ronda is also famous as the birthplace of modern bullfighting, today glimpsed once a year at the spectacular Feria Goyesca. Plaza de Toros is now a museum, and visitors can stroll out into the arena. Our full day optional excursion will include visits to the an elegant cloistered 16th century convent and old Ronda, La Ciudad, with its cobbled streets hemmed by handsome town mansions, some still occupied by Ronda's titled families such as the Casa de Don Bosco. We will walk to the leafy Plaza Duquesa de Parcent, which boasts a convent, two churches, including the toy town bell tower of the iglesia Santa Maria de Mayor. You will have some free time in Ronda before travelling to Malaga by coach arriving in time for a late dinner on board the Harmony G. Overnight in port in Malaga.

Today, we offer an optional full day excursion to Granada, one of the most fascinating cities in Europe and the last Muslim city to fall to the Christians in 1492. We will visit one of the most brilliant jewels of universal architecture is the Alhambra, a series of palaces and gardens built under the Nazari Dynasty in the 14th C. We will also visit the Cathedral with its Royal Chapel where Isabel and Ferdinand lie buried, the Monastery of La Cartuja and many churches built by Moorish craftsmen after the Reconquest, in Granada's unique "mudéjar" style. In the afternoon we leave Granada to return to Malaga. Overnight at in port.

Disembarkation will take place after breakfast this morning. Make your way to the airport for your onward travels or stay on to enjoy the delights of the region. 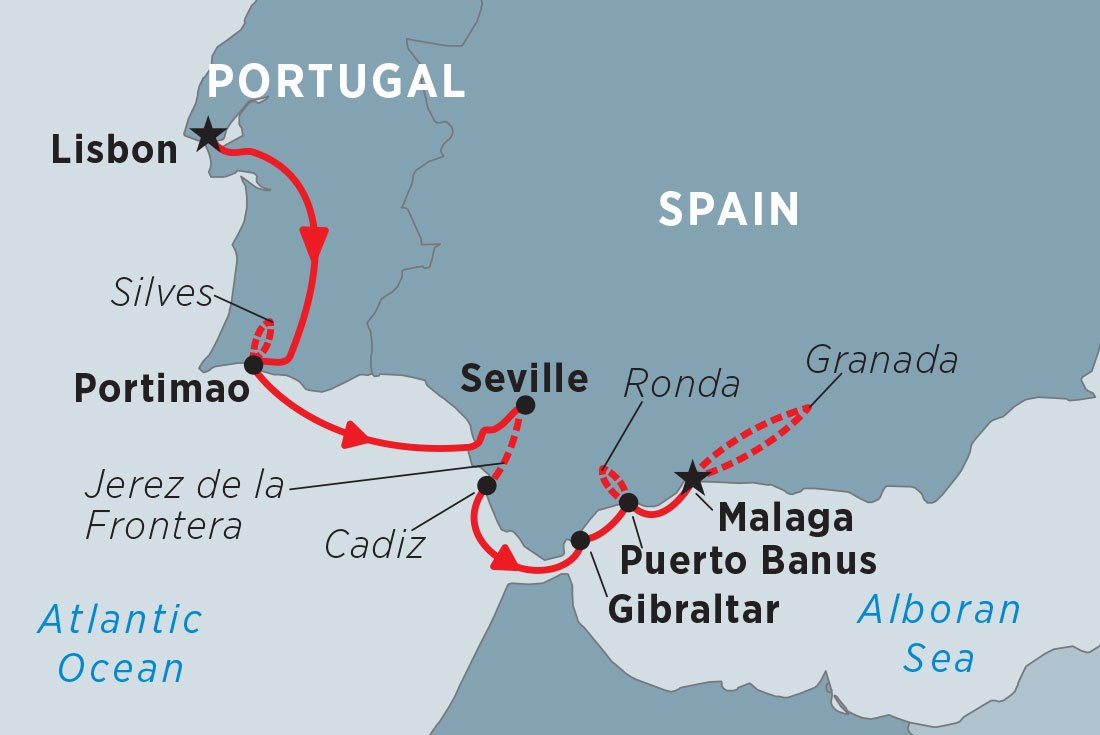