Cruise the rugged coast of the Westfjords looking out for puffins, nesting birds and whales along the way. Only a fraction of visitors to Iceland make it across to the far-flung west, and the lack of tourists make its landscapes and villages a dream to explore. Make like a Viking at Pyngeyri, home of that legendary Icelandic literature The Sagas. Tour the spectacular Snaefellsnes Peninsula by road. Known as Iceland in Miniature, this destination has a great amount of the spectacular scenery Iceland is famous for – all in one place

Set sail from Reykjavik into the majestic, unspoiled Westfjords. Cruise past craggy inlets shadowed by volcanic peaks, visit the waterfalls of Snaefellsnes Peninsula, walk the red sand of Raudasundar Beach, hear tales of Viking warriors in Pingeyri and be humbled by the grandeur of Siglufjordur. 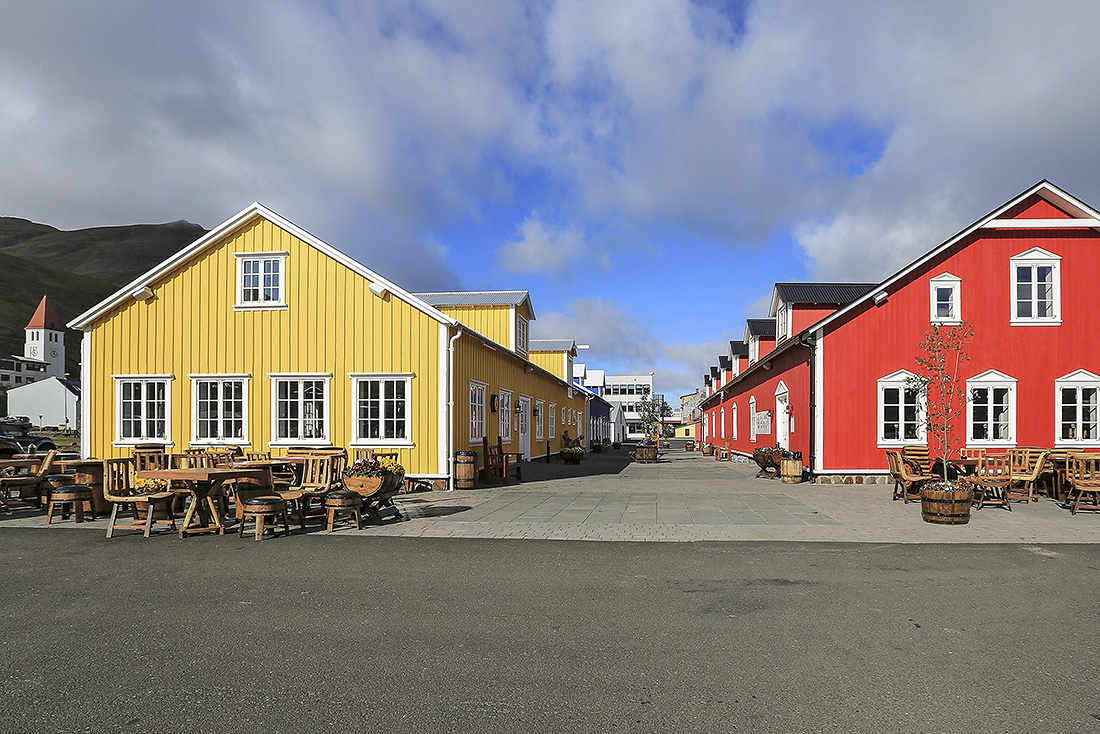 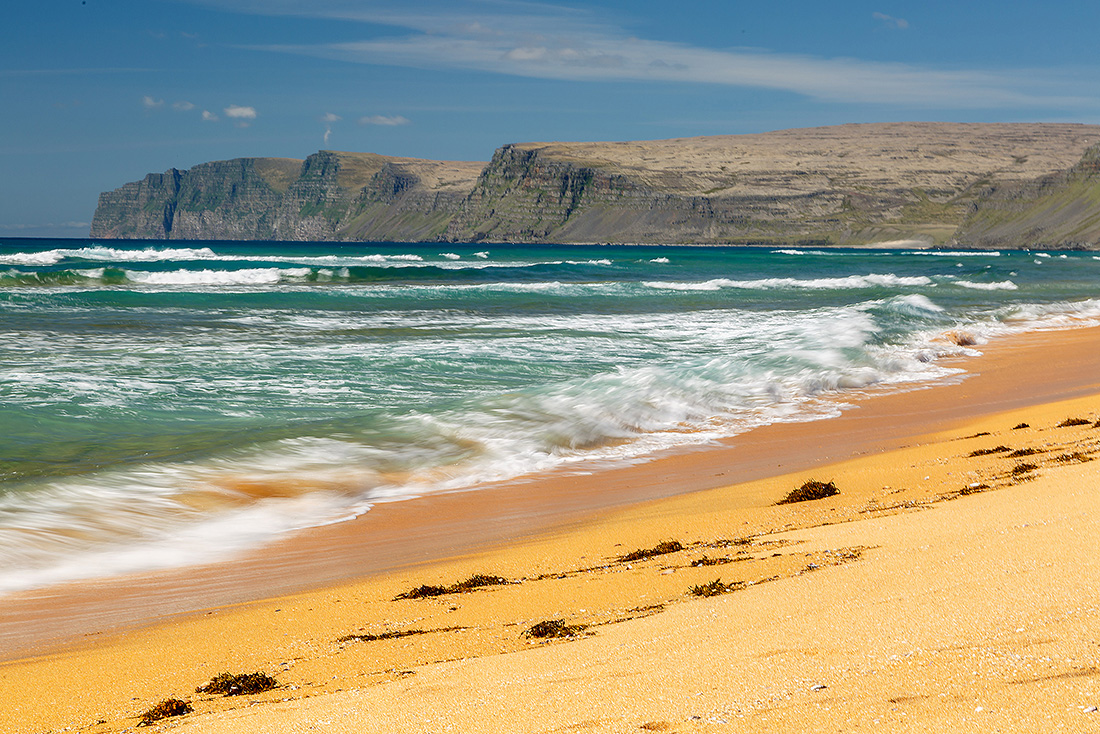 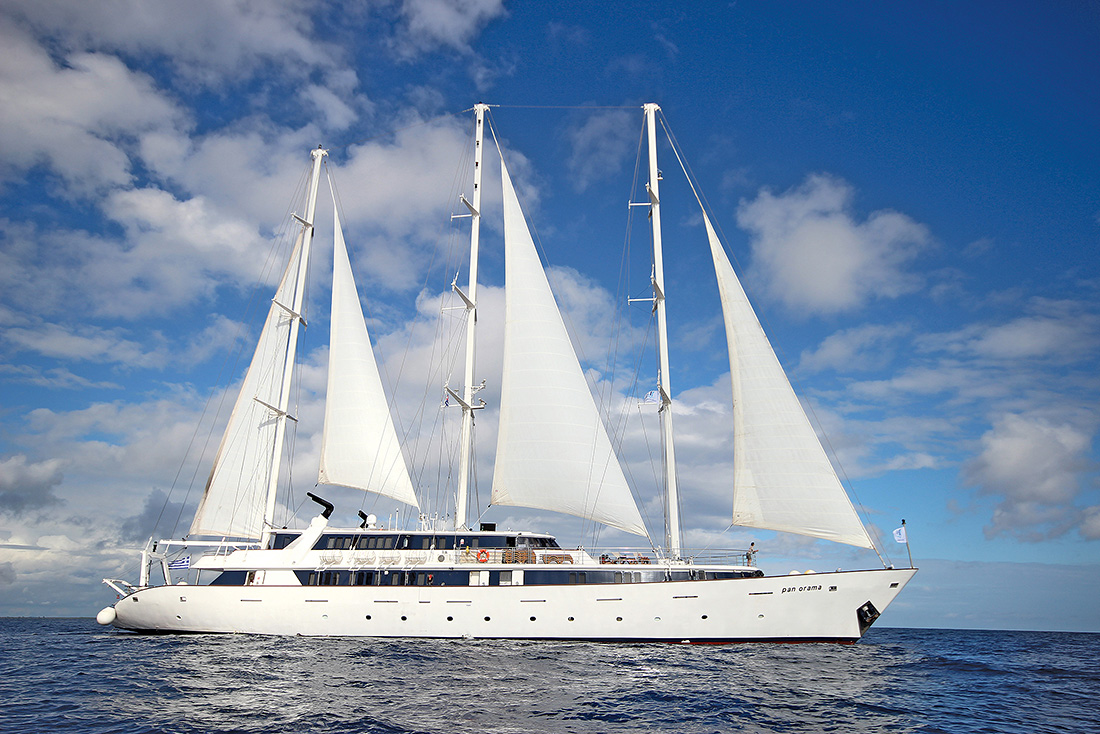 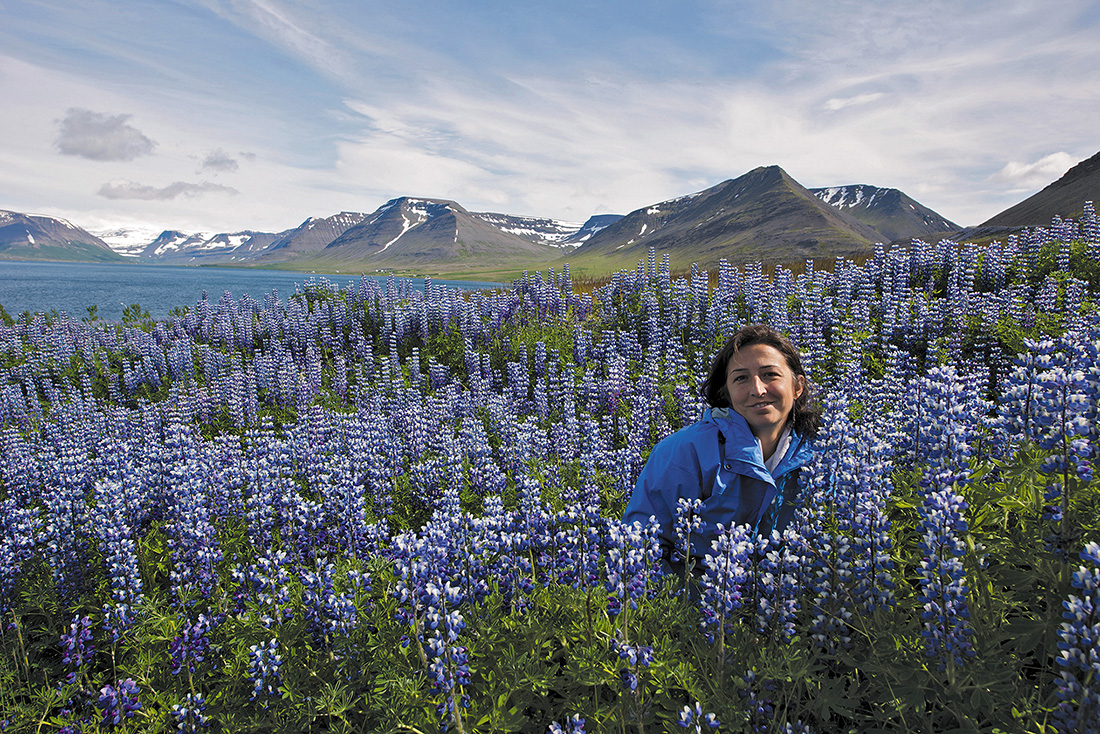 Welcome to Iceland. Embarkation will take place between 3 and 4pm. Enjoy a welcome dinner on board. The Panorama will be in port overnight so you can take advantage of Reykjavik's nightlife.

After breakfast you'll take a walking tour of Reykjavik with a local guide. Iceland's capital is packed with historic buildings, a small but beautiful lake (Tjörnin), cool cafes and a slew of intriguing restaurants and bars. After the tour the city is yours to explore. You may choose to delve into Viking history at the enormous National Museum, which depicts the history of Iceland from the 9th century (when the first Vikings from mainland Scandinavia arrived and settled), or join locals who gossip and chatter in the Laugardalslaug Geothermal Pool. Plenty of tours and services offer afternoon trips to nearby waterfalls and geysers. After dinner, we will set sail for our first stop of Grundafjordur and the magnificent Snaefellsnes Peninsula.

After an overnight sailing to Grundafjordur, on the northern coast of the wondrous Snaefellsnes Peninsula, often called 'Iceland in Miniature' as it's home to a diverse range of Iceland's most recognisable sights. Snaefellsjokull volcano, the highest mountain on the peninsula at 1446 metres (4744 feet), has a glacier at its peak (jokull means 'glacier' in Icelandic) that contributes to many a magical myth. Jules Verne was so intrigued he used the mountain as the setting of his 1864 novel Journey to the Center of the Earth. The area surrounding Snæfellsjökull has been designated one of Iceland's three National Parks and on our road trip, we will pass lovely villages, amazing gorges, snow-capped mountains and stretches of lava fields. We can take a walk from Hellnar to Arnarstapi through the lava. The combination of Mt Kirkjufell and nearby waterfall Kirkjufellsfoss is a photographer's dream. If time permits, we will go to Lysuholl to see Icelandic horses. Completing this picturesque day is a trip to Djupalonssandur, where spectacular rock formations seemingly spout from a black sand pebble beach.

A morning arrival in Patreksfjordur means you'll encounter spectacular views of Westfjords coastline. This is a place of breathtaking scenery, harsh landscape, sharp mountain ridges, and deep and beautiful fjords where farmers and villages cuddle together on a narrow strip of land. The Westfjords are a favorite among many for their mesmerising and mystical scenery. You will travel from Patreksfjordur to one of Iceland´s most spectacular sites and most famous beaches, the red-coloured Raudasandur Beach. From there it's off to the westernmost point in Iceland and home to millions of birds, the cliffs of Latrabjarg. At 14 kilometres (8.7 miles) long and up to 440 metres (1444 feet) high it's Europe's largest bird cliff. Here we hope to see puffins, northern gannets, guillemots and razorbills. You will return to Patreksfjordur and overnight at sea.

You will arrive early morning at Isafjordur, a large fishing port in Wesfjords. You will then make an excursion to Pingeyri, one of the oldest settlements in the Westfjords and site of the region's first trading post. It's also a place long-associated with the Sagas of Icelanders, prose narratives based mostly on historical events from the Viking era of the 9th-11th centuries. These sagas reflect the conflicts that arose within early generations of Icelandic settlers. The Saga of Gisli, one of the most famous warriors of the sagas, takes place mostly in the Westfjords in the late 10th century. It tells the story of Gísli Súrsson, a tragic hero who must kill kill one of his brothers-in-law to avenge another. Gísli lived at Holl in Haukadalur, a short distance from Pingeyri in Dyrafjorour. Pingeyri is home to a festival site built in the Old Icelandic style that seats over 300 people with a hearth at its centre. You will return to Isafjordur In the afternoon and sail to Siglufjordur overnight.

You will arrive early at Siglufjordur, Iceland’s northernmost city, very close to the Arctic Circle and possibly the most picturesque port of Iceland. Siglufjordur was once known as the capital of herring fishing and the city celebrates its heritage with a glorious, award-winning Herring Era Museum. Among its three main buildings is a 1907 salting station where herring girls salt and pack herring into barrels under the watchful eye of the manager. Don’t be surprised if you get caught up in the lively accordion music and ring dancing before sampling traditional rye bread, local herring and Icelandic schnapps. You will also be invited to visit the museum's recreations of a 1930s herring factory and Siglufjordur’s bustling harbour as well as a folk music centre that offers a wide range of musical events and lectures. Sail to Akureyri later in the day, where you will have a free evening in Iceland's second largest city.

Situated at the head of Iceland's longest fjord, Akureyri is the nation's second largest city. Embark on a leader-led walking tour of the town before enjoying some free time to explore. Wander the streets of arts and crafts galleries and shops, passing wooden houses in pastel colours, and perhaps dropping into the Folk Museum. There are several whale-watching tours to choose from -- if you're lucky you may spot the bottlenose whales, humpbacks and mink whales that are sometimes seen in the waters off Akureyri. At night you'll sit down to a captain's dinner with your shipmates and overnight in port.

Your Westfjords adventure ends after breakfast. 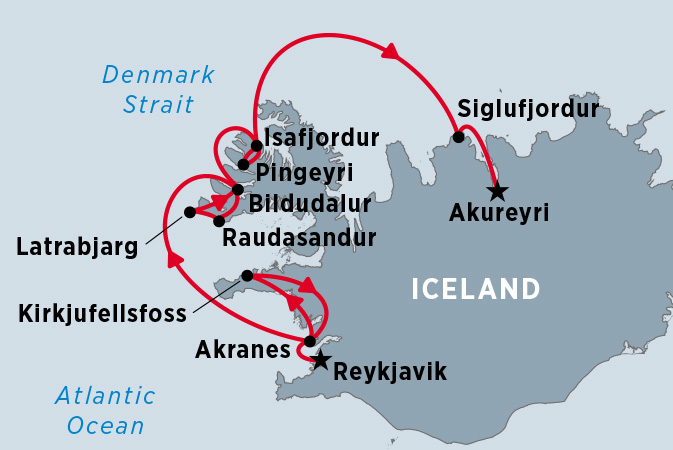