Spend a day exploring the world of Bollywood in Ramoji Film City: an expansive park full of filming locations. You’ll feel like you’re on the set of a blockbuster!. Gaze in awe at the Pancha Rathas – five Hindu temples in Mamallapuram that are each carved from a single piece of rock.. Go in search for elephants and tigers, as well as macaque, civet, giant flying squirrel, striped hyena and leopard on an included safari in the lush Bandipur National Park.. Tingle your taste buds with the perfect cuppa on a visit to one of Coonoor’s tea plantations. Learn about how tea leaves go from plant to cup.

Get deep into the heart of India on a 13-day exploration of some of its hidden gems. Explore the real sides to Hyderabad, Madurai and Mysore, and understand the local way of living in the south. Discover the unusual and expansive Ramoji Film City, get exploring around the carved temples of Mamallapuram, visit a tea plantation in the highlands of Coonoor, and finish off seaside in the important port city of Kochi. Oh, and did we mention the biryani and chai you’ll devour? Experience authentic India with a knowledgeable local leader and a comprehensive itinerary to suit. 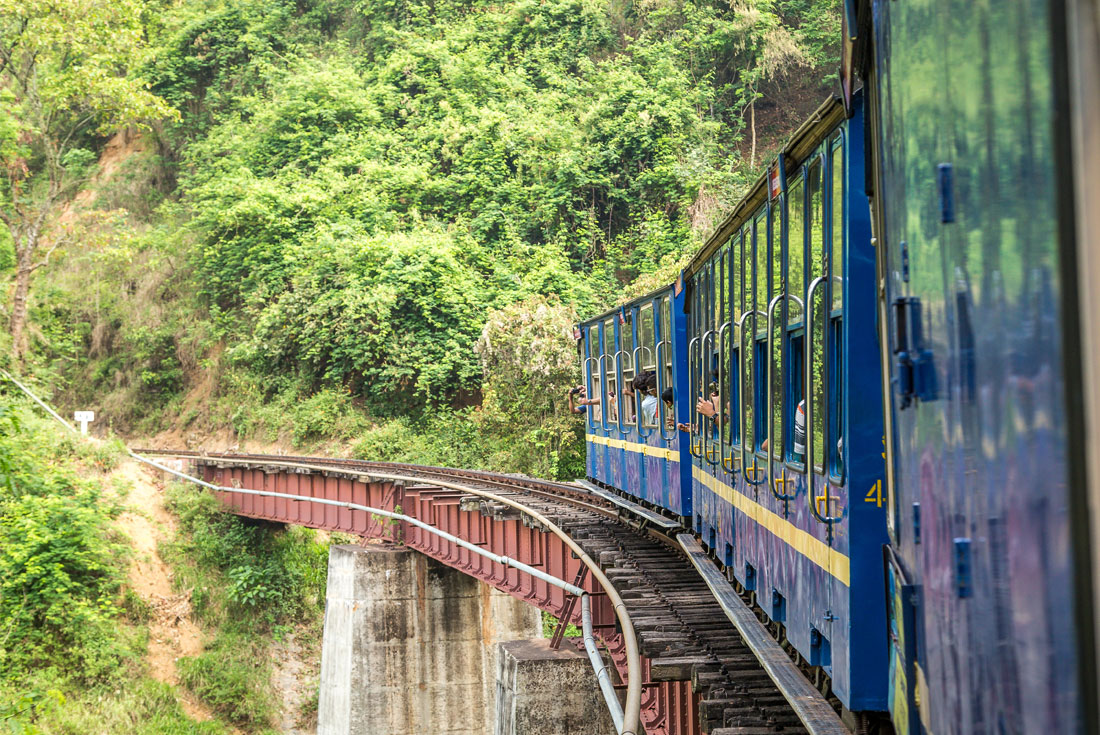 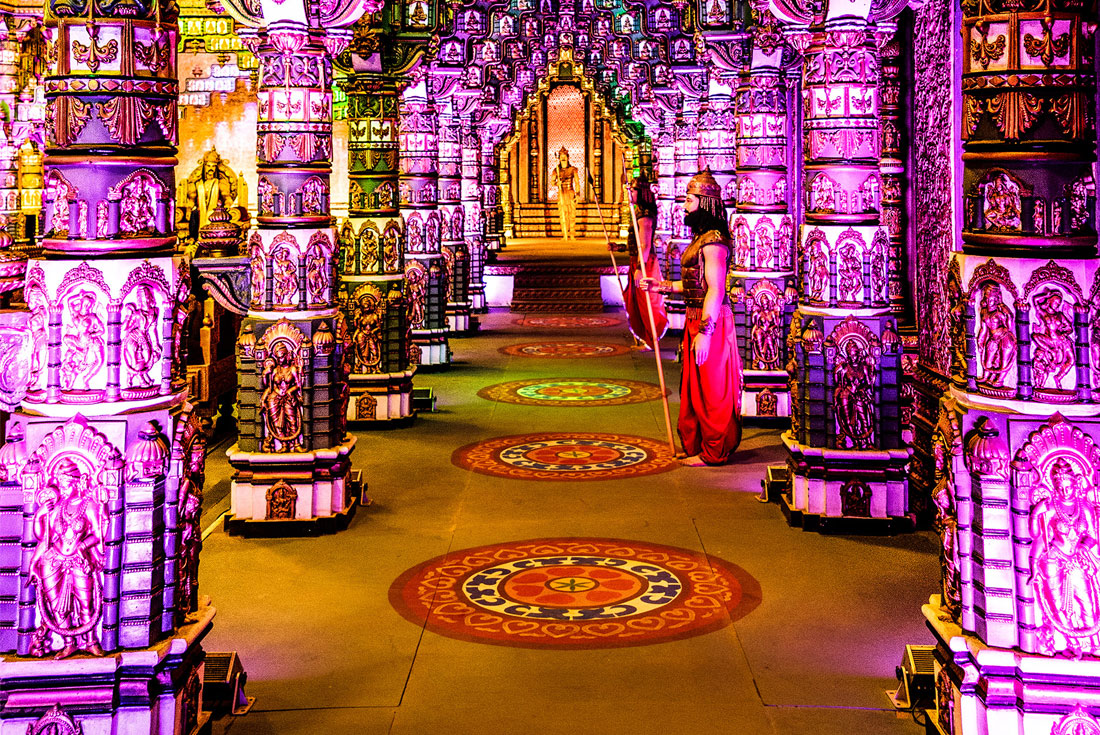 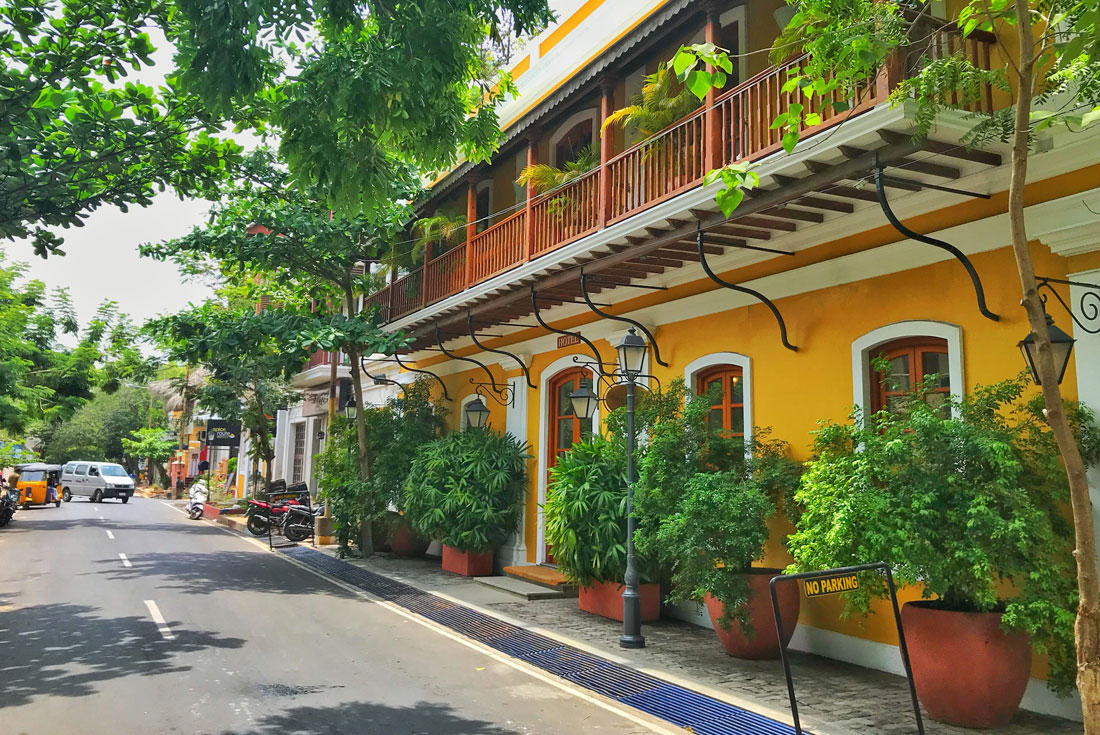 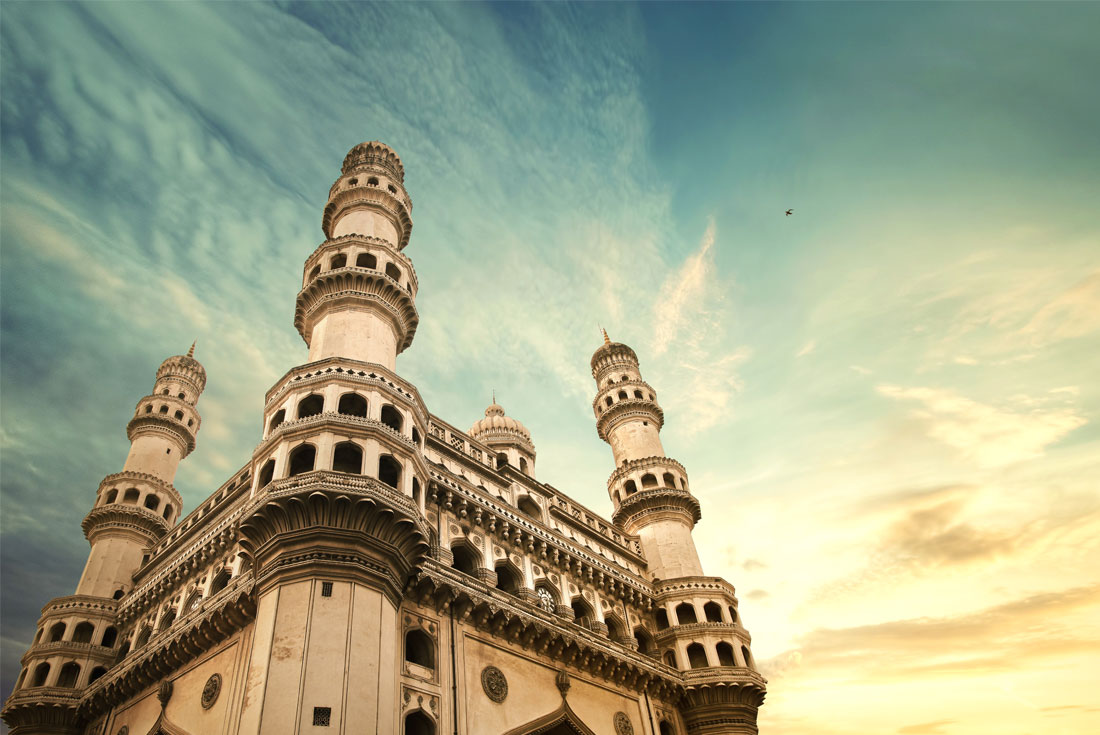 Namaste! Welcome to southern India. Hyderabad is the capital of southern India's Telangana state. There will be an important group meeting at 6 pm, where you’ll get to meet your group leader and fellow travellers. If you happen to arrive early, good for you! There’s much to see in this busy tech-focused city. Check out the Golconda Fort and its well-manicured gardens, head to Hussain Sagar – a heart-shaped lake with a large standing Buddha statue, and pick up a delicious biryani on your travels. Once you’ve had your important meeting, get the gang together and tuck into some local food! Your group leader will know a great place to go.

This morning, take a walking tour of Hyderabad with your leader to get your bearings and learn a little bit more about this southern Indian city. You’ll also get the chance during the day to discover the weird and wonderful world of Bollywood with a visit Ramoji Film City. This 2000 acres of land is the largest integrated film city and the largest studio complex in the world. It can accommodate up to 20 film units at one time, with various shooting locations such as a London street, Japanese gardens, an airport, a hospital, and even a laboratory.

Today, take a visit with your group to Charminar, also known as the Four Minarets. Constructed in 1591, this monument and mosque has become an icon of Hyderabad, and provides an area where locals Islamic communities come together in the surrounding markets to celebrate events and festivals. The afternoon is free for you to explore, and a perfect opportunity to take up one of the optional activities on offer, like a visit to the Golcanda Fort and the Salar Jung museum. This evening, be ready to take an overnight train to Chennai.

Arrive in the morning to Chennai, and then take a private vehicle to Puducherry (also known as Pondicherry) via Mamallapuram. You’ll have time to see the sights of Mamallapuram, including the striking granite structure of the Shore Temple overlooking the Bay of Bengal, the ancient carvings of Arjuna’s Penance and the Pancha Rathas (Five Rathas). These five Hindu temples clustered in the southern end of the city are extraordinary examples of structures carved from single large rocks in the 7th century, fully hidden in the sand until they were excavated by the British around 200 years ago. Afterwards, arrive in coastal Puducherry and perhaps relax with a coconut curry. The total driving time today is approximately 5 hours.

The city of Puducherry (Pondicherry) has a strong French influence, seeing it was a French colonial settlement in India until 1954. Explore this cultural mix on a sightseeing walk with your group leader and visiting the French quarter, as well as Sri Aurobindo Ashram and Ganesh Temple. During your free time take a walk along the Beach Promenade.

Today, take a local bus from Puducherry to Villupuram (approximately 2 hours), and then a 6-hour train journey to Madurai. Once arrived and checked-in, take a leader-led orientation walk around Madurai city, where you’ll spend the rest of tomorrow exploring. This evening your leader can take you on an optional walk through Madurai market, where you can try crispy dosas, flaky parotta (flatbread) and jigarthanda (Madurai’s answer to a lassi). You might even witness the art of a chai walla (chai street vendor) seamlessly pouring between the jug and cup, and putting on a bit of a show while preparing your drink.

Wake up in Madurai and go check out the historic Meenakshi Temple, located on the banks of the Vaigai River. It’s colourful and ornate structures are definitely worth a photo. Otherwise, there is the option to visit the National Gandhi Museum, housing important artefacts of Gandhi, as the city of Madurai played an important part of his journey. Make sure you take some time to relax today, as you will board an overnight train bound for Mysore (approximately 14 hours).

Arrive in Mysore in the morning (approximately 10 am), and head directly to the ornate Mysore Palace. This is the official royal residence of the Wadiyar dynasty and is the seat of the Kingdom of Mysore. It dominates the skyline of the city and is a clear example of Indo-Saracenic architecture. Afterwards, head by private transport to Bandipur (approximately 1.5 hours). On the way, stop by your local driver’s home for a biryani lunch. Delicious!

This morning, head out and take up an included safari in the Bandipur National Park. The park covers 874 square kilometres and has many endangered animal and plant species in its boundaries. The park is well-known for spotting elephants and tigers, as well as macaque, civet, giant flying squirrel, striped hyena and leopard, to name a few. After your park safari has come to an end, travel by private vehicle for around 2 hours to the highland district of Coonoor.

Coonoor is in the heart of India’s tea plantations and one of the three Nilgiri hill stations, along with Ooty and Kotagiri. The actual township of Coonoor is a colourful and bustling place perched on the hillside. Today, enjoy a ride on the famous toy train ride on the mountain railway line, passing through the other Nilgiri hill stations, and enjoying the mountainous scenery along the way. Also included today is a visit to one of the surrounding tea plantations, where you’ll get to walk through the estate and learn more about the process of tea making and have a taste, of course.

This morning say goodbye to Coonoor before taking a private vehicle to Coimbatore (approximately 2.5 hours). Around mid-day, we embark on an five hour train journey to Kochi – a major port city on India’s southwest coast.

This morning we explore Kochi on a leader-led sightseeing tour of Kochi, where you’ll pass the Dutch Palace, the Jewish synagogue and the unique sight of shore operated lift nets, more commonly known as Chinese fishing nets. There is also the opportunity to book into an optional cooking class or to learn the art of Kathakali dance. Ask your group leader for more information if this interests you.