Cuba knows how to party, and nowhere does it better than Santiago de Cuba at carnival time. Shake it with the congas, move it to the drums, and join in with the crowds as performers parade through the streets. There’s more to Che Guevara than the t-shirt – find out more when you stop by the museum and mausoleum of Cuba’s most famous son. Enjoy over two free days in laidback Trinidad. Roll those Rs in a Spanish class, loll about on an unspoilt Caribbean beach or peddle through sugar plantations on a vintage bike. Peeling colonial buildings, 50s Cadillac’s, pumping nightlife and all the mojitos you can (responsibly) drink – Havana’s like nowhere else.

Now they’re back to being mates with the US and Fidel has passed on, things are a-changin’ in Cuba. But some things will stay the same – like Cuba’s biggest and best party will always be carnival in Santiago de Cuba. A mix of Spanish colonial and Afro-Cuban celebrations, carnival changes a city that already spills over with music and rhythm into one massive party. Even if you’re the world’s shyest or worst dancer, you can’t resist joining the waves of conga that sweep through the city or being part of parades of colourful costumes, sultry performers, and the hypnotizing thump of the drum. Time travel in Havana, get into the Caribbean vibes of Santiago, get lost in the streets of Camaguey, check out the beach and mountains near Trinidad, and surrounded yourself with history, music and mojitos in one of the world’s most unique places. 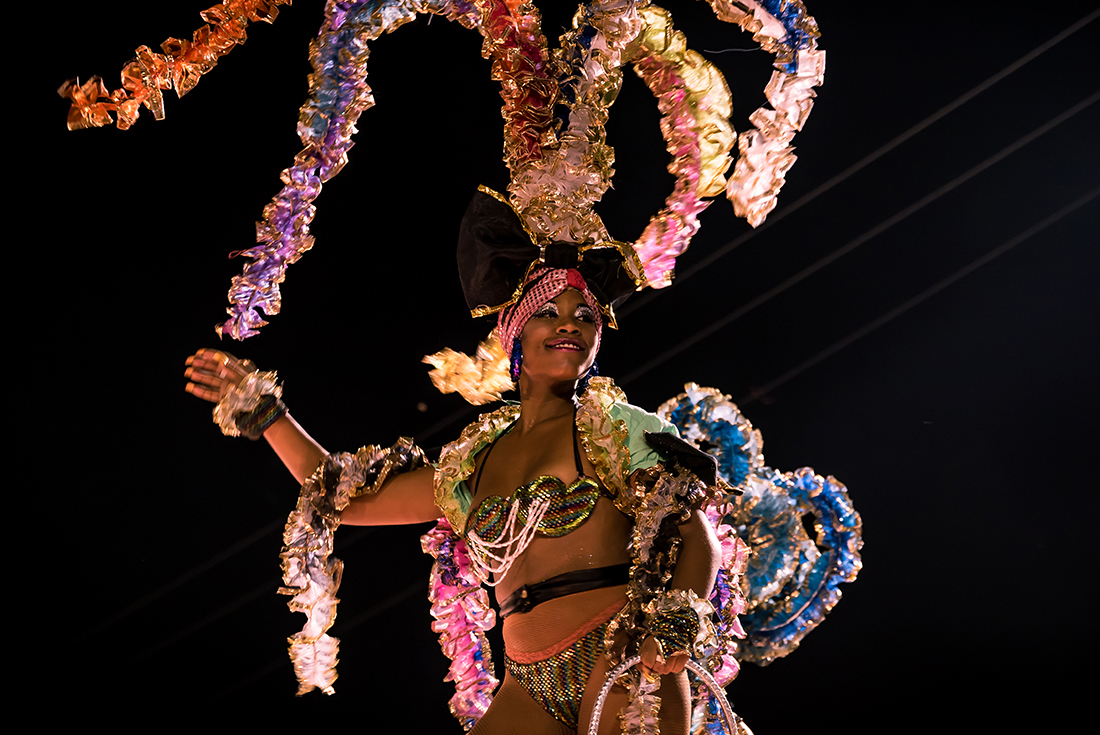 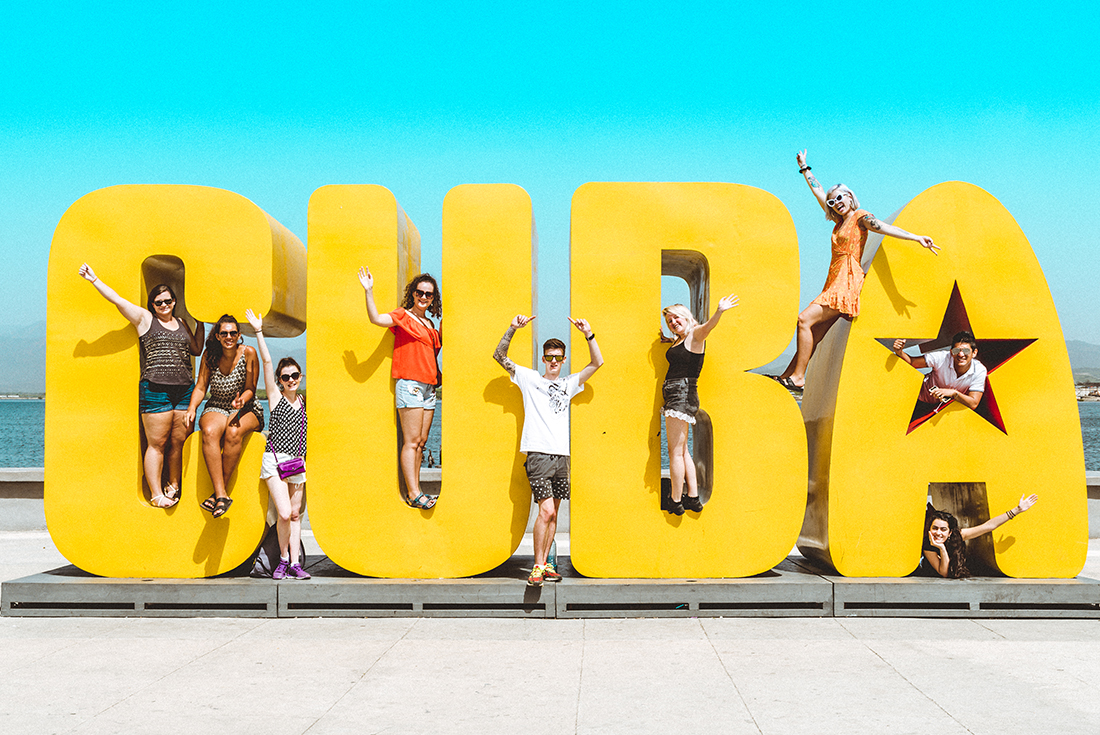 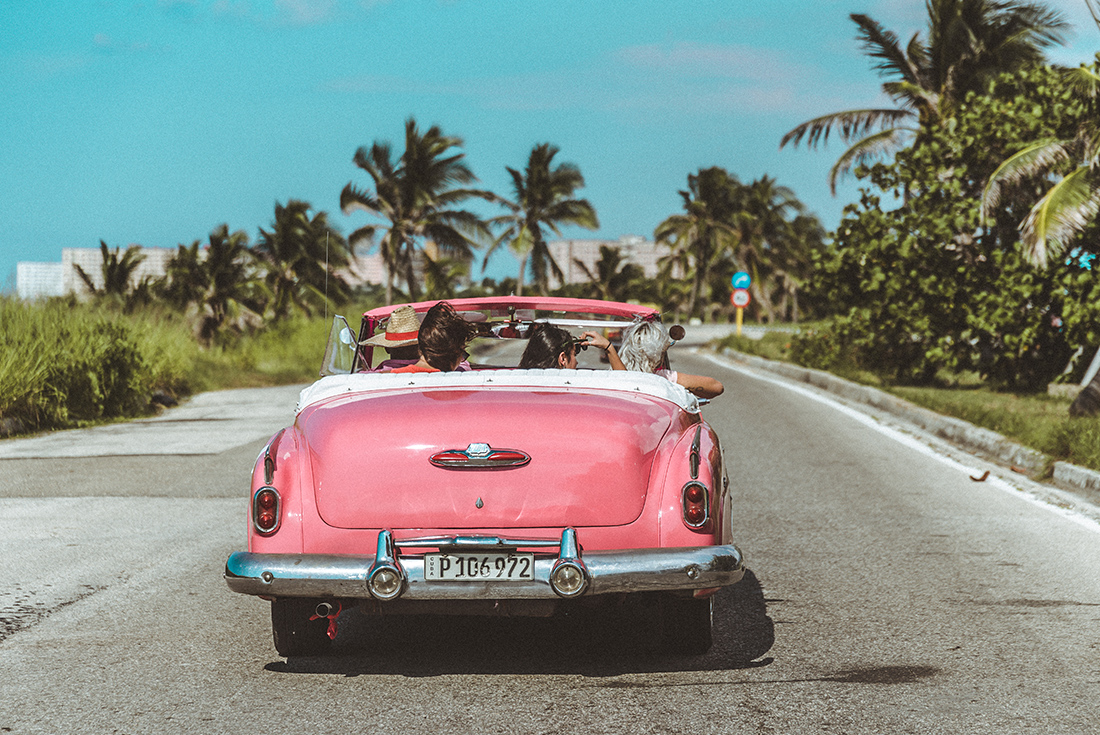 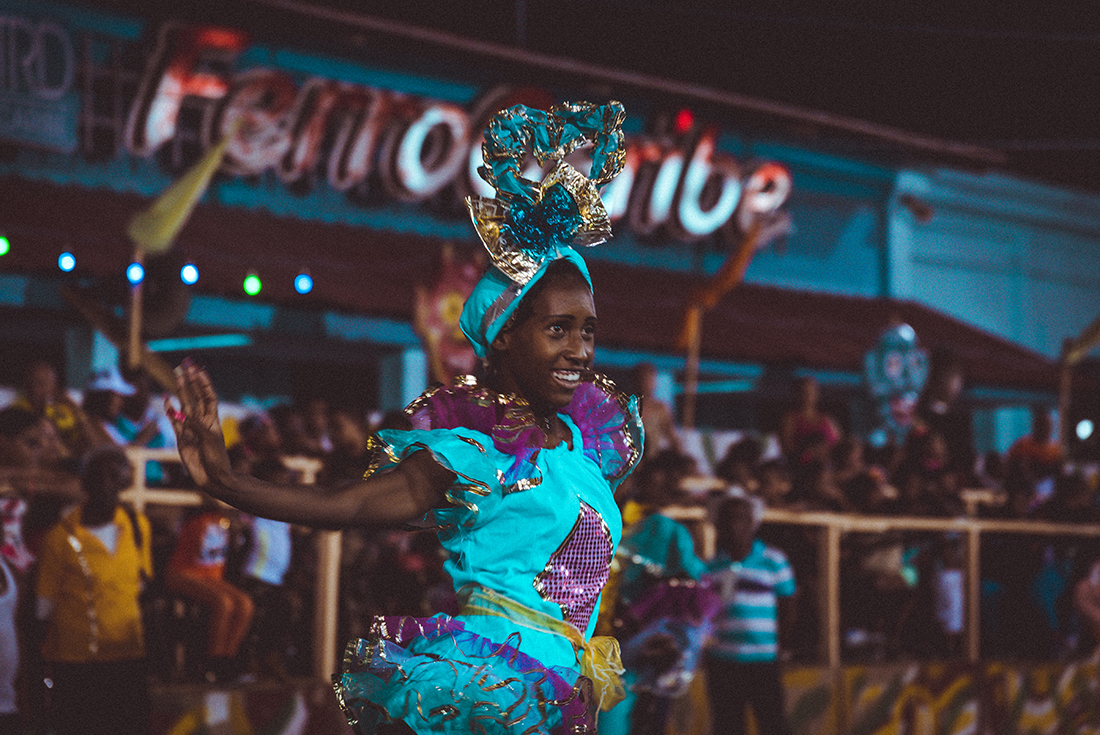 Welcome to Havana. A complimentary transfer is included with your trip. Kick off your adventure in Cuba’s gloriously old-school capital. There'll be a welcome meeting tonight at 6 pm where you'll get all the info you need and when we'll check your insurance and next of kin details. Please expect a letter from your leader in the afternoon of Day 1 to confirm the place of your meeting (if by 5 pm you cannot locate this letter then please ask your guesthouse owner if one has been delivered, or ask to call our assistance line listed in the "Problems and emergency contact information" section of this document). The tour briefing is generally followed by an optional group dinner. Until then you'll be dodging ’50s Cadillacs as you stroll the Melancon and smile at every local you pass. Random facts about Cuba: one in four cars on the road is a Russian Lada, there are no poisonous snakes, sex-change operations are free and legal. Practical stuff: there are two types of currency here; you'll use convertibles (CUC), while the locals use pesos (CUP). Hola, Havana!

A walk around Havana is the best 1950s time travel since Back to the Future. Meet up with your leader and get to know the city better on a walking tour. Trundle past the colourful peeling walls of grand old colonial buildings, head through narrow streets of live music and dodge kids playing baseball, then check out the spacious plazas and Spanish architecture – it all adds up to make Havana totally unique. Afterwards, drive inland (approximately 3 hours) to the historic city of Santa Clara. You've seen his face on endless t-shirts and posters, but what do you really know about Che Guevara? Well it'll be a lot more after today – Santa Clara is home to the mausoleum and museum of Cuba’s most famous son. Stand in the shadow of his statue in Revolutionary Plaza and look through his letters, firearms and photos on display. You’ll also get an orientation tour around the town.

Let’s be straight – today is a long travel day. This is your chance to catch up on few Zs after maybe shaking your salsa skills the past couple of nights, to get to know your travel buddies better, to write in that journal or read that book, or to just press your face up against the glass and watch Cuba go by. You’ll make your way from Santa Clara to the country’s national park-filled southeast and Santiago de Cuba (approximately 8.5 hours without stops). Had any trouble communicating since you got to Cuba? Sin problema – your leader will give you a crash course on hablando español on the journey so you’ll be chatting away with the locals in no time. Then there’s time to get used to Santiago de Cuba where it’s always hot hot hot. The temperature and the vibe are always enough to make you sweat in this Cuban cultural centre.

Even though it’s Cuba’s second largest city, Santiago often gets overshadowed by Havana. The one time that definitely doesn’t happen? Carnival. The city’s Afro-Cuban roots – dating back to when the Spanish colonists brought slaves over from West Africa – have lead to a city filled with music, rhythm and soul. With carnival kicking off tonight, spend the day getting to know this city, which sits between the towering Sierra Maestra mountain range and the waters of the Caribbean. Santiago’s the perfect setting to snap some iconic Cuban pics, all timeworn historical centre and colonial architecture. Take an orientation walk with your leader, then have some free time before the festivities start. Maybe use the time to learn some salsa moves in preparation for tonight. As Cuba’s capital of music, the streets are usually filled with the sound of son music, and now it’ll be joined by the beat of drums and toot of horns for the carnival’s opening ceremony. See the streets filled with costumes, muñecones (papier-mâché characters), and dancing that becomes more suggestive and sensual as the night goes on. The costumes get bigger and more ornate, the colours bursting almost in rhythm with the pounding of drums. Join the crowds as the parade continues through the night, featuring floats of performers who are as hot as the city itself.

The carnival party is sure to go on long into the early hours, so we’ve smartly given you a free morning to sleep in, recover or relax. When you’ve got your energy back, join your leader for a half-day tour of the city and get a lesson in how important it was. You'll visit El Morro Castle and the Moncada barracks and learn about the city’s rich history. For nearly a century, the city was the island’s seat of power and it also played a vital role in the Revolution. The people of Santiago were the first to rise up in arms against government troops in 1956, and it was in Santiago on January 1st 1959, that Fidel Castro declared the triumph of the Revolution. The city was so important to Fidel (he first came here when he was six) that his ashes are entombed here in Santa Ifigenia cemetery. The party doesn’t stop here in Santiago, so this evening get back out on the streets and make the most of the carnival atmosphere.

The carnival spreads through all parts of the city and takes in everyone, old and young. You might even get to be part of the city’s famous conga parade, a tradition that dates back to the time of slaves and is a vital part of every Santiagans identity. ‘Comparsas’ lead big swells of everyone from the neighbourhood in a totally unique type of celebration.

Getting around Cuba still takes some time, but you might be thankful of a little down time after you partied your way through Santiago. It’ll take around 5 hours (without stops) to travel back into the centre of the country and Camaguey. It’s the country’s third largest city but it’s kept the charm of its old colonial buildings. There’s lots of fun to be had simply getting lost among the winding cobblestone streets of Camaguey – and get lost you will. The city was planned in a deliberately confusing pattern to disorient any would-be assailants. As you walk through the city you may still see tinajones – large clay pots used for collecting water. Make a visit to see the baroque frescoes of the Iglesia de Nuestra Senora de la Soledad, or simply find a cafe to plonk yourself down, order a coffee and savour the city views.

You’ve got a free morning to lose yourself in the streets of Camaguey. There are parks, plazas and art galleries to explore. Or maybe drop by a local farmers’ market, where you’ll get a fascinating insight into daily Cuban life and the local economy. This is where farmers can sell their produce after meeting the quota they have to sell to the state. Camaguey has a particularly busy and colourful market and there are plenty of interesting tropical fruits, vegetables and herbs available. This is where the locals come to buy their food once their monthly food ration runs out. In the afternoon, head back up the coast to Trinidad (approximately 3.5 hours without stops) on the scenic Caribbean coast. This is the best-preserved colonial city in Cuba, and the locals are super friendly and festive.

Trinidad is everything you imagine Cuba to be – horses trot down cobblestone streets, old men strum guitars on doorsteps and stretches of white sand are ripe for exploring. On an orientation walk today, see the former wealth generated by the sugar industry in the town's once-grand mansions, colourful public buildings, wrought iron grill-work and cobble-stoned streets. Then set off on your own exploration of Trinidad – maybe climb the bell tower of Central Museo Nacional de la Lucha Contra Bandidos for epic views of this well-preserved colonial city, or sip on a canchanchara (Trinidad's signature drink of lemon juice, honey and Santero Cuban rum served in a glazed ceramic pot). You'll have two days here to explore, so there's time to take it easy. By now, hopefully you've learnt enough of the local rhythms to join in with the locals – maybe at a local venue hidden in a cave!

Today's a free day in Trinidad so you can get busy with some optional activities, or just get your chilled beach fix, (maybe with some snorkelling at Playa Ancon too). Just be careful you don't stand on a sea urchin! There are some great Spanish-style churches to check out in town, loads of local markets to browse, and treks to make in the nearby Sierra del Escambray mountains. You can also hire a bike to discover the local area. But be careful, Cuba's bicycles, like its cars, are vintage! Otherwise, maybe throw yourself into the local culture with an informal Spanish or music lesson, a casual salsa class, or a folklore show at one of the town's numerous open-air venues.

It's time to head back to the capital today (approximately 4 hours without stops). On the way back you’ll stop by Revolution square for your final taste of Cuban revolutionary history, watched over by the memorials of Ernesto “Che” Guevara, Jose Marti and Camilo Cienfuegos. There’s even an option to climb the Jose Marti Tower for a better view of the city. Then you’ll have the rest of the afternoon free. Perhaps take a stroll along the malecon (ocean walkway) or soak up the atmospheric vibes of the Old Town. At the end of your trip, maybe drop by the legendary Buena Vista Social Club and take the chance to toast the end of your trip with a mojito. You can also join the hundreds of locals lining up to eat a Coppelia ice-cream, and then shake the night away with one last salsa lesson at Casa de la Musica.

Your Cuban adventure comes to an end today and there no activities planned.