Get under the skin of what was once the most notorious neighbourhood in Colombia on a guided tour through Medellin’s Comuna 13. Lose yourself in the colonial gem of Cartagena, wander through the cobbled streets, packed with beautiful churches, monasteries, and mansions.. Take a hike through the lush Cocora Valley, home to colourful hummingbirds and the world’s tallest palm trees. Go behind the scenes of the beans during a stay on a traditional coffee estancia located deep in Colombia’s coffee country

No doubt about it, Colombia is one of the world’s friendliest countries. Never been there before? Let us paint the picture for you. Beaches, mountains, coffee plantations, grand old Spanish buildings, salsa clubs, exotic fruits, flower bouquets, hummingbirds, and smiles the size of your arm. Throw in a volcanic mud bath, and you’ve got yourself a holiday. 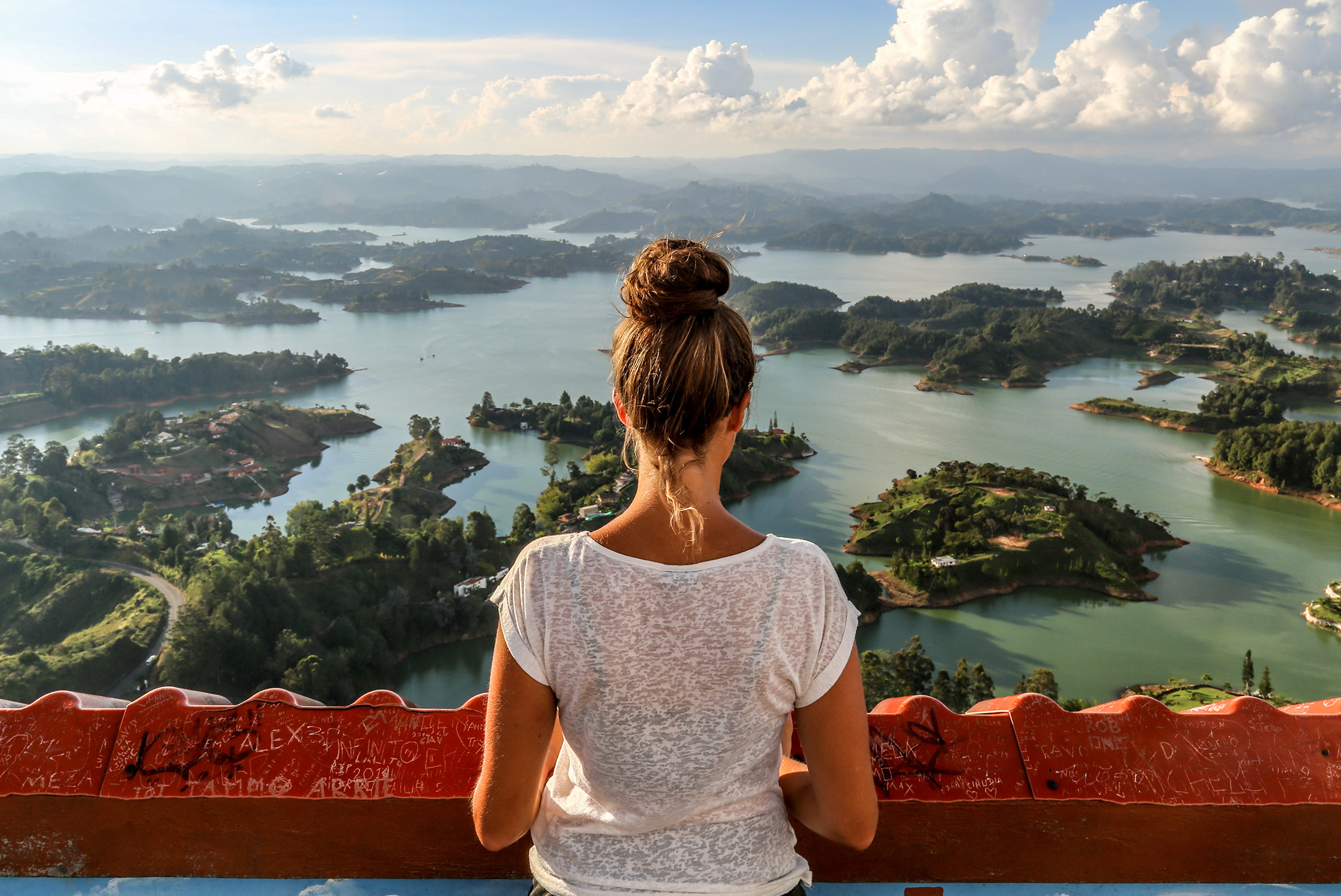 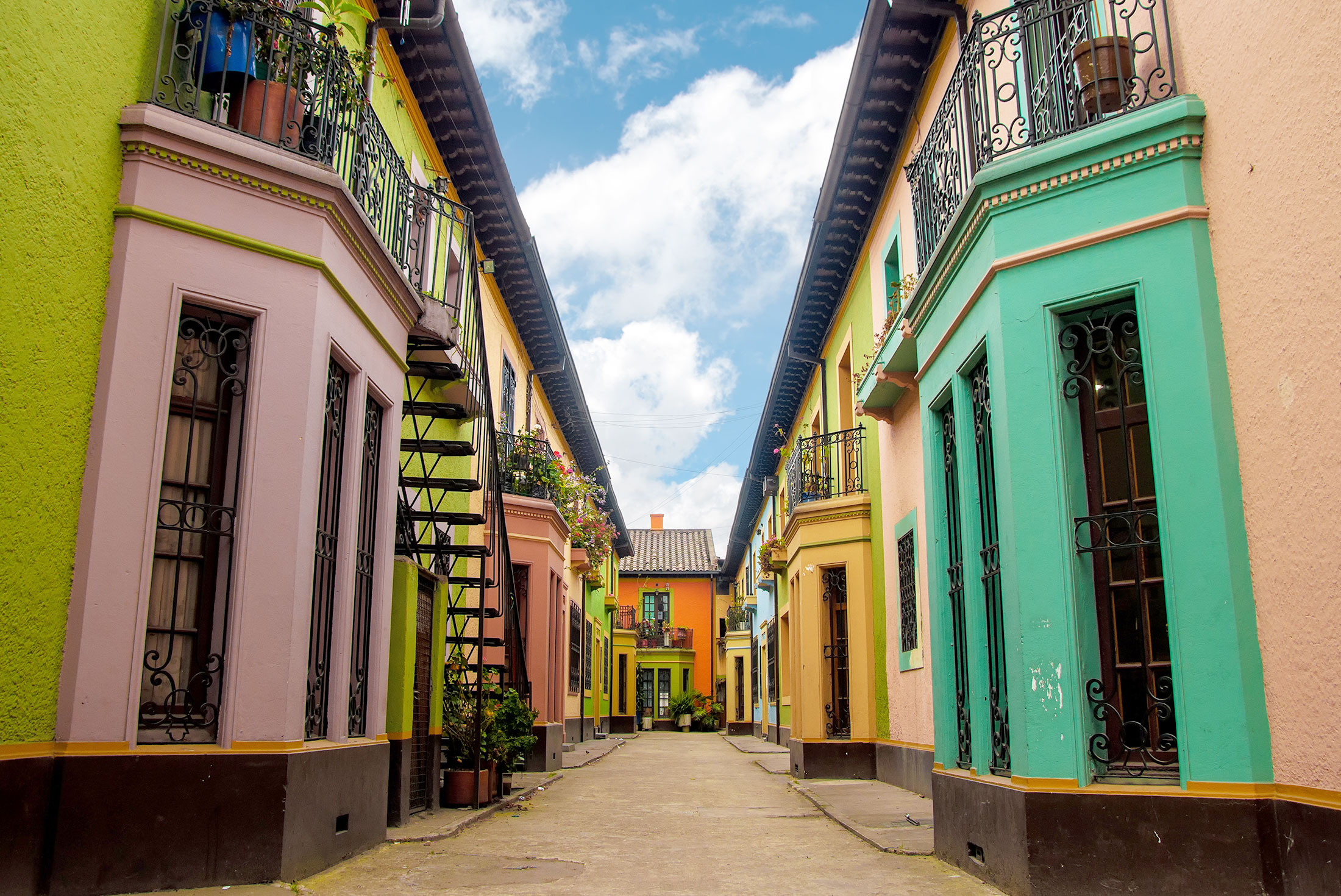 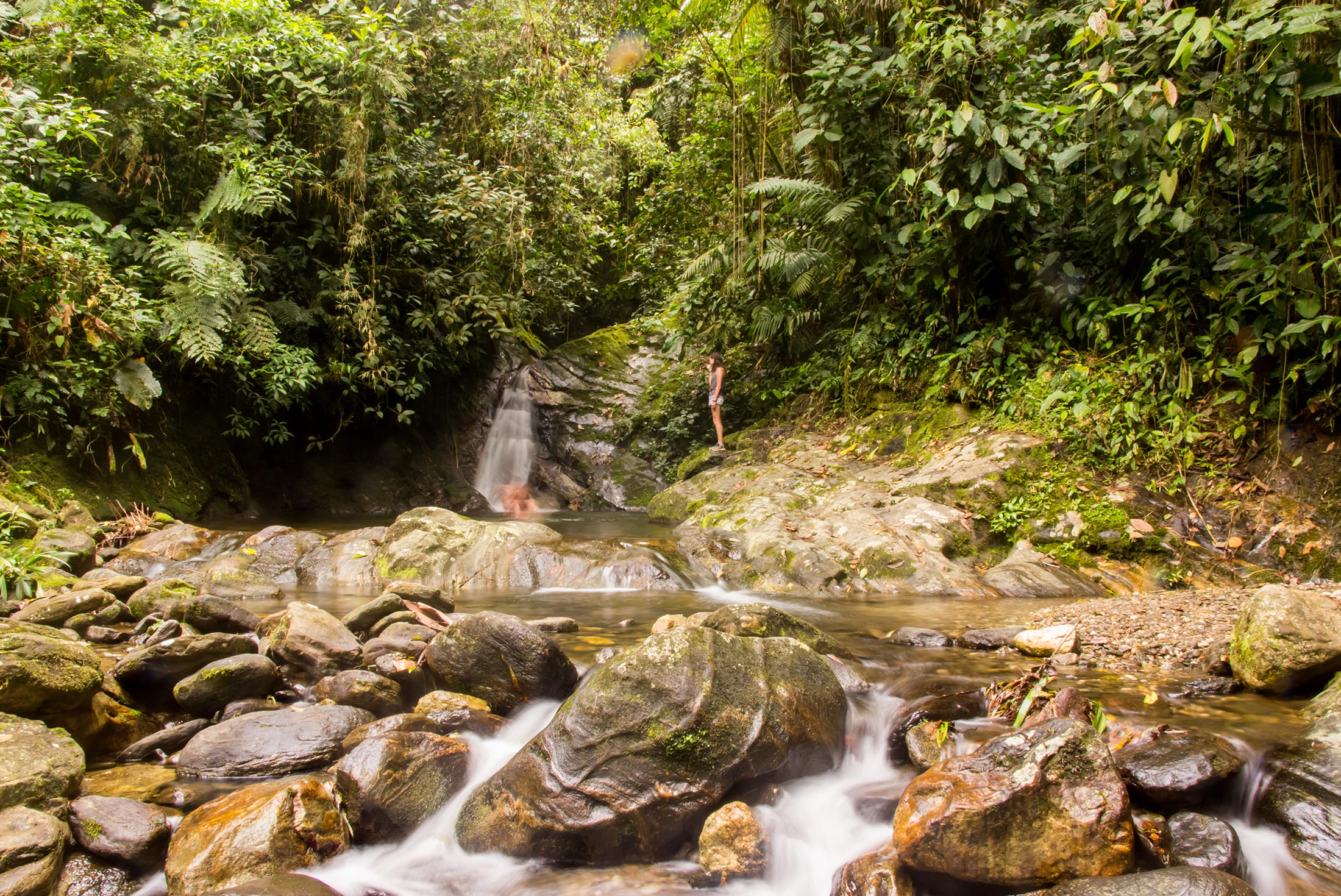 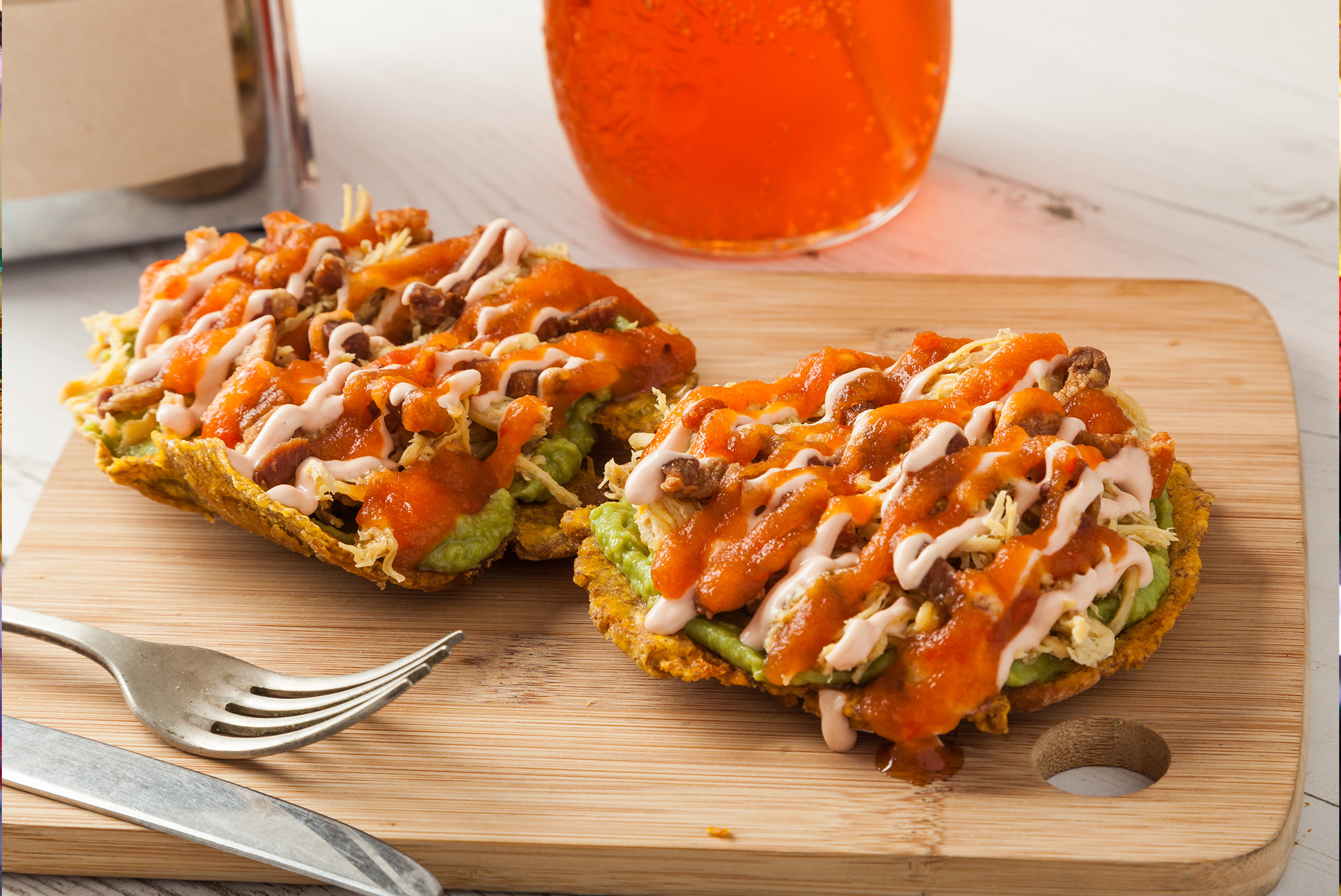 Bienvenidos a Colombia! Welcome to Colombia. Settle into your accommodation in Bogota, then meet your leader and fellow travellers for an orientation walk around this good-looking town at 1 pm. Check out the colonial-era buildings framed by mountains. For those arriving later there will be a second group meeting at 6 pm. Afterwards, why not head out for dinner with the group.

Today is an early start as we leave the hotel to explore the colorful Paloquemao Market. Get to know the locals and try new flavors! From the market, our transfer will take you straight to the airport to take a take a short flight (approximately 1 hour) to Colombia's famous coffee region and transfer (up to 2 hours depending on the flight) to the beautiful village of Salento. Take the time to stroll through its quaint streets and admire the colours of the 'paisa' architecture. For some tasty local food, trout is the way to go. There are lots of different ways to enjoy it, but mostly it's served with a rich, garlicky cheese sauce. Colombia's national sport, Tejo, is a popular pastime in Salento - think bocce with gunpowder! If you're game, why not visit the local tejo hall and give it a go.

Travel by jeep out to the Cocora Valley, home of the tall wax palm (Colombia's national tree). Spend the morning checking out the region's awesome scenery on foot, maybe hiking up to Acaime Reserve where the hummingbirds feed. The hike to Acaime (approximately 5 hours) isn't easy, it has some steep and slippery sections, so you'll need good walking shoes, plus plenty of water and snacks. Please note lunch isn't included during the hike, so if you're someone who gets super hangry you may want to pack your own snacks too. If you'd rather take it easy, you can explore the valley on your own, then cruise back to town in a jeep. Later, travel deep into Colombia's coffee region for a two-night stay in an old-school coffee estancia.

Thanks to its tropical altitude and fertile volcanic soil, Colombia is one of the world’s biggest coffee producers. You’ll get to know this addictive little bean a whole lot better on a guided tour of the coffee plantation and processing centre. Dig into the history of the plant, learning the inside story of the industry that's long buoyed the country's economy. See how the beans are grown and harvested, processed, dried, roasted and ground, and then sample first-hand what all the fuss is about. Try different types of coffee grains and get a lesson on preparing different types of coffees, finishing it all off with a steaming cup of freshly brewed joe. Afterwards, relax amid the estancia's beautiful surrounds of sloping green hills and valleys.

Jump aboard a comfortable public bus and head (approximately 8 hours) to Medellin. Your leader will take you on an orientation walk of this beautiful city. Having spent the 1980s and 90s with an international reputation as one of the world's most dangerous cities (no thanks to Pablo Escobar's notorious drug cartel), Medellin has turned itself around to become one of the most exciting cities in South America. And with some of the country's finest museums, parks and architecture (as well as a much safer and comfortable atmosphere now) it's easy to see why it's getting more popular.

Today we take part in a Barrio transformation tour. Take the metrocable Acevedo to meet your local guide and discover more about how the transformation in Medellin has happened in one of its most populated neighborhoods.We will explore its history, the struggle of its people, their outstanding achievements and the different faces of the city’s recent transformation. Back in Medellin, you might want to search out one of the city's pumping salsa bars (Medellin's nightlife may well be the best in Colombia).

Get out and about in Medellin. You might want to visit the Museo de Antioquia to see some of Botero's famous works or get more modern at the beautiful Museo de Arte Moderno. Or go further afield on an optional day trip to Santa Fe de Antioquia. This 16th-century township has kept a lot of its colonial-era pizazz. The Bridge of the West, Metropolitan Cathedral and House of Two Palms are sure to provide nice photo-ops, and the plaza is also home to a daily market where vendors sell varieties of locally-grown Tamarind product (you can try a few samples). One of the best things to do here is just moseying through the cobblestone streets and taking in the local scene.

Fly to Santa Marta (approximately 1 hour). Take a private transfer (approximately 5 hours) north to Palomino, a small town on the Caribbean coast of Colombia, in the Guajira region. It's about 40 minutes away from Tayrona National Park. This afternoon your leader will show you around Palomino town. For dinner, take the chance to feast on some fresh seafood like lion fish or prawns (Sua is a good place to go for dinner).

Today and tomorrow are free days with no scheduled activities. Maybe head to Tayrona National park one of the days and spend a day chilling on the beach on the other. It's a tough life.

Travel to Cartagena. The leader will take you on a short orientation walk around the hotel in one of South America's most historic cities. Afterwards, head out to explore the Old City as you please. The inner walled town is the main attraction – it's packed with beautiful churches, monasteries, and mansions. Maybe visit San Felipe de Barajas Castle, the biggest of the fortresses, or head out of town for a mud bath at Volcan de Lodo El Totumo. Visit Playa Blanca (White Beach) and the coral islands, or people-watch in Getsemani, Plaza de la Trinidad, where kids play football and singers strum their guitars. RESTAURANTE INTERNO: If you're feeling like an authentic Colombian meal and supporting a great cause in your free time, why not do both by dining at one of Cartagena's hippest restaurants, Restaurante Interno? Housed in a women's prison, the restaurant opened in December 2016 with the aim of giving inmates nearing the end of their sentences a second chance and job-ready skills to have a better chance of reintergrating into society on their release. It has since become one of the hottest spots in town (graced by local celebrities and even the Colombian President), with rave reviews for their food and service (the inmates were trained initially by a local Michelin-starred chef). This training doesn't just apply to the kitchen either, others in the programme are trained across all aspects of Hospitality, from service skills to business management. The restaurant offers the inmates the opportunity to interact with the outside World again, giving them the self esteem and skills to find work upon release and a chance at a new start. All money made by the restaurant goes back into the programme.

It's all over. Adios! Your trip finishes in Cartagena this morning.