One Week Sailing Mykonos to Santorini

One Week Sailing Mykonos to Santorini

Sailing is THE way to see these stunning islands. Jump off the side of the boat into the glittering Aegean Sea and let the waves rock you to sleep each night.. Santorini has some of the most crazy beautiful landscapes in the world. Pass bleached-white villages that are stuck to plunging cliffs and along the rim of a volcano.. The remote Small Cyclades islands are chock-full of tavernas serving fresh seafood, far away from sweaty tourists and the rest of the world.. Take a swim off the coast of near-deserted (and allegedly haunted) Rhinia Island.

Embark on a true sailing adventure through the Greek Islands, a forever favourite with young travellers for various sun-drenched delights. On this 8-day journey you get the perfect mix of sleepy islands, secret spots and iconic nightlife. Knock back cold drinks while the sun sets over the volcanic cliffs of Ios and let the water of the Aegan Sea rock you to sleep each night. Sail between perfectly white towns built into awesome cliffs and anchor off deserted beaches for a secluded swim. Slurp oysters and sip ouzo, and hey, if you happen to over-indulge, there’s nothing like clearing your head with a dip in warm aquamarine waters the next morning. 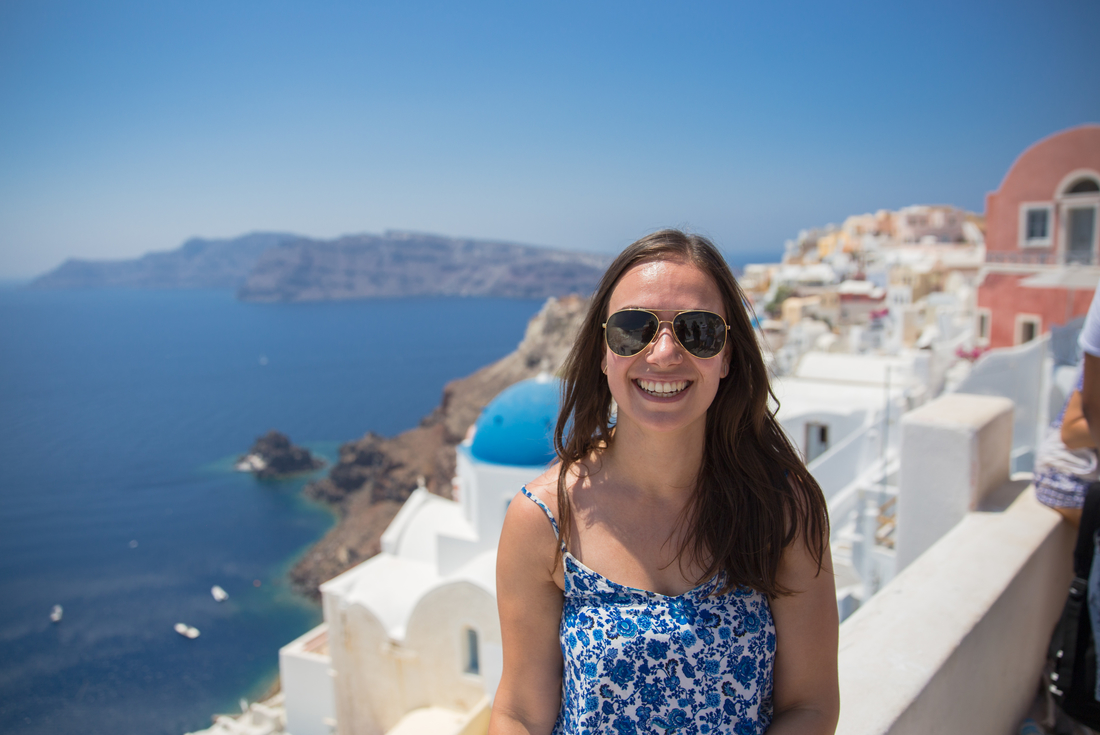 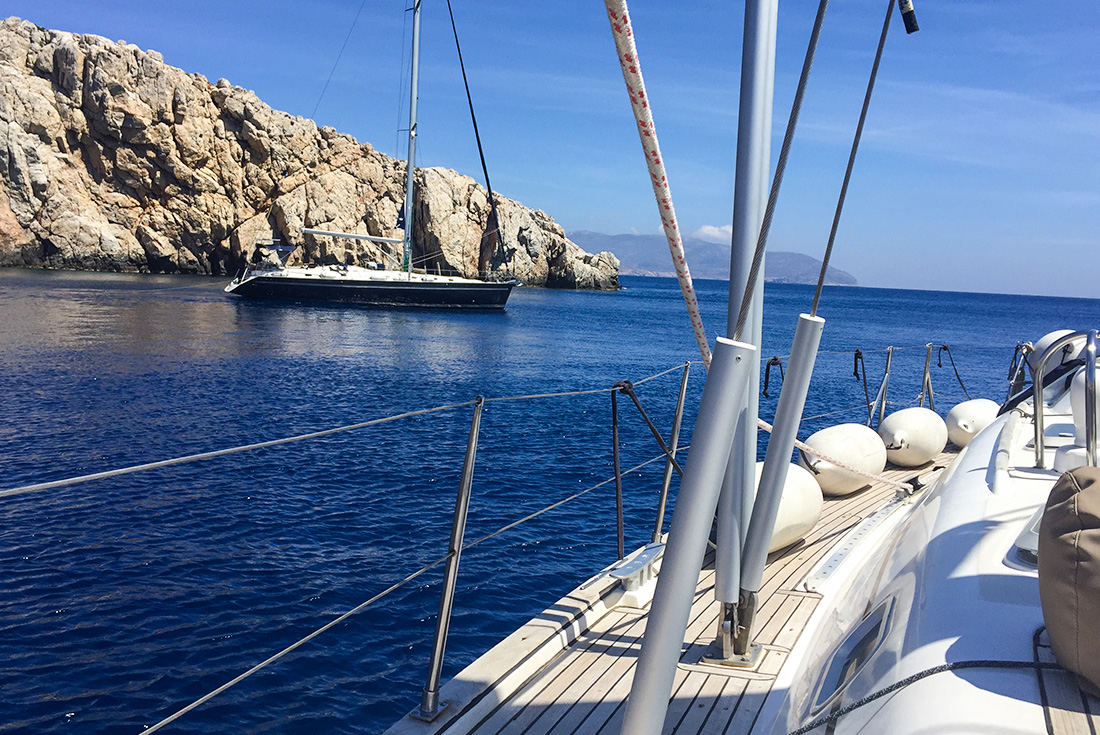 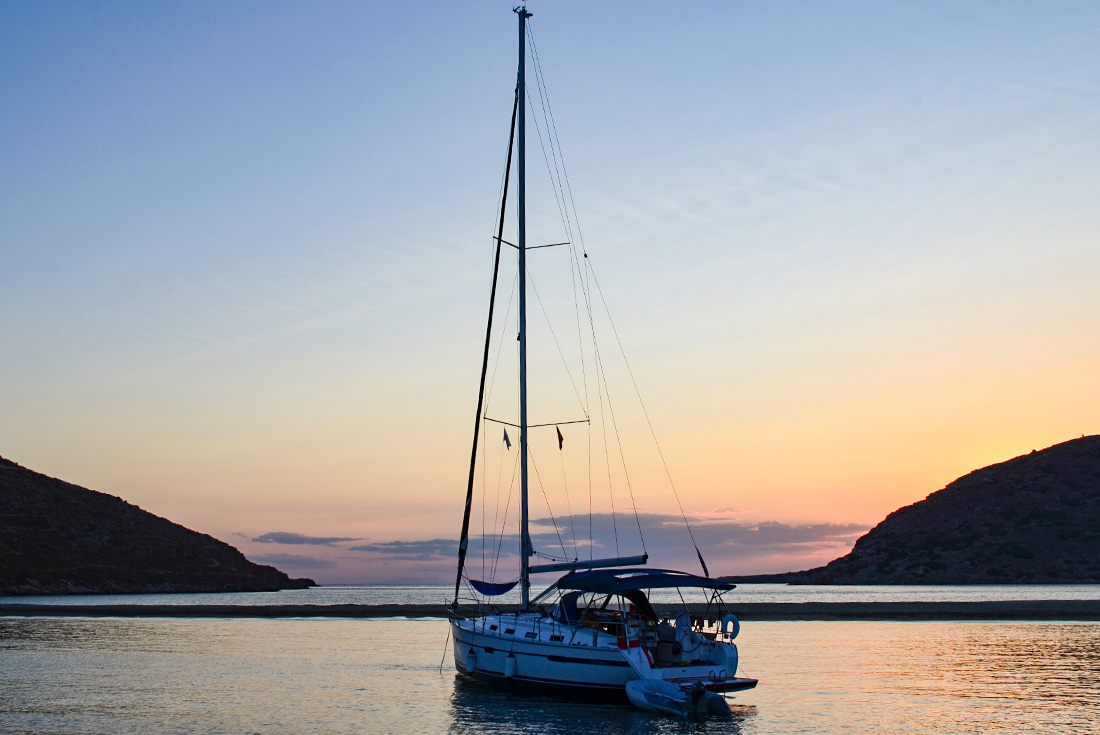 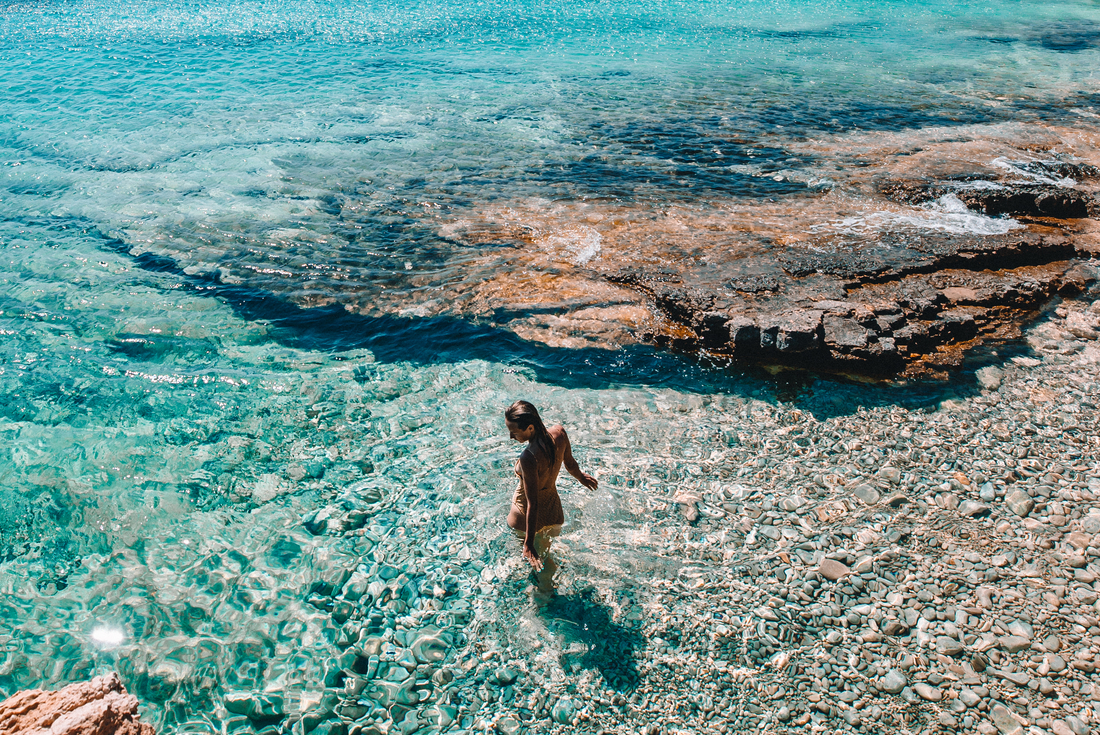 Welcome to paradise! Your sailing adventure kicks off with a welcome briefing at 4 pm. Meet the rest of your crew and group leader and make sure you’ve got insurance and next of kin info to pass on. You group leader will run you through the kitty process. It’s basically a group pool of money that can be used to buy food and give tips where needed. Most breakfasts, and some lunches and dinners, will be made by you and the rest of your group. It’s totally voluntary, but sometimes a lot easier than trying to figure it out on your own. If you’re part of the kitty you won’t be scrambling for your wallet every time you want to grab something to eat on shore, or having to go in search of a snack when your crew heads off to the beach with a picnic. For meals off the boat, our skippers will suggest locally-run restaurants that specialise in local produce and delicacies. For now, we’ll make a trip to the supermarket to buy some stuff – the produce, particularly fruit, is super fresh and colourful. Then, grab an early dinner and get to know your group over a couple of beers at a few local haunts. We recommend you keep it fairly contained however, as you’ll be setting sail early tomorrow morning. The only thing worse than a hangover is a hangover PLUS seasickness.

Rise, shine and grab some breakfast on board before stopping for a dip at Rhinia, a small island with beautiful sandy beaches. Unoccupied and too small for a lot of tour boats, it’s likely you’ll be the only ones splashing around along the shore and the warm water is ideal for washing away any residual queasiness. It’s also allegedly haunted, but it’s hard to feel spooked in a place that is this pretty. Sail on to Paros and drop anchor near Naousa, a cute fishing village with whitewashed buildings, cobblestone streets and dynamite seafood. Go ashore and wave to the last of the smoking fishermen as they bring in their catch. Be friendly – you'll probably be eating on something they caught for dinner. Grab a seat at a local taverna and soon you’ll be slurping down oysters and munching mussels like a local.

Catch the breeze to Iraklia, where you can jump right off the side of the boat into aquamarine water. Let the salt water dry on your skin as you cruise on to Koufonisis, three tiny islands where it’s all rocky cliffs and massive, hollow coves. They’re so cavernous that pirates used to be convinced the whole island was a big, empty shell. Unlike many of the islands nearby, Koufonisis is still relatively secluded. There’s nothing to do except munch on fresh seafood, swim, relax, sunbathe and snap envy-inducing pictures. Basically, the perfect holiday. There’s a couple of awesome local taverna’s, so maybe wander through the white, winding alleyways in search of a mediterranean feast.

Start the day by exploring the deserted caves around Koufonisi. Strap on a snorkel and search for hidden hollows and, perhaps, treasure. It was mainly pirates who docked here over the years, after all. Then, set off for Naxos, where crumbling ruins sit next to sand that’s as soft and white as powdered sugar. After the isolation of Koufonisis, Naxos will feel positively electric, full of bars to chill out in and a hillside olive groves and villages to explore if you’re feeling active. Get a taste of local life with a shot of Kitron (similar to lemon liquor) and a wander along the beach.

Today is as clear as the water around you. Maybe start with a swim to get your head in the same state. You might want to get up close and personal with history at Portara, the doorway to a temple built over 2000 years ago and never finished. In a place where most of the hills are bare or covered with low shrubs and trees, this eight-metre-high marble door stands out. It's the perfect place to grab a few photos with the water glittering behind you. There are a few local snacks you should try while you’re here. As it's pretty much always picnic weather, it's a great idea to make a spread and take your pick of scenic locations. Maybe grab some arseniki (aged hard cheese), Zamboni (cured pork leg), bread, olive oil and wine and head for one of the many beaches. If you’d like a taste of village life, jump on a bus and head into the mountains, where tiny white houses with bright shutters and doorways sit perched in valleys filled with olive trees.

Set sail for Ios, where the nightlife is almost as iconic as the cubed houses stacked on the shore. Crammed with dome-topped churches, sun-drenched beaches and heaving bars, this town wakes up when the sun goes down. If you feel like exploring the streets, the day is the time to do it. While everyone else is on the beach, you might want to walk the narrow streets of Chora – the main village – in search of a nice coffee. If the seclusion of the last few days has given you a slight case of Island Fever (Google it), the popular beaches of Gialos and Milopotas offer crowds and a range of water activities. Ios is overflowing with hole-in-the-wall bars to busy backpacker-packed clubs. Don't worry if throbbing beats and sweaty bodies aren't your thing, your leader can point you in the direction of rock bars and cave-formed cocktail haunts.

Sail in past the caldera, the rim of a former volcano that formed when the center collapsed into a magma chamber. That’s right, you’re literally sailing over a (mostly dormant) volcano. There’s evidence of the islands explosive history everywhere you look, even when you’re chilling on the beach – from the red shore and lava cliffs of Red Beach to the black sand of Perissa, Vlhada, Perivolos and Agios Georgios. Fira, the capital of Santorini, sits high on the edge of the caldera and is one of the best places to get views out over the islands. It’s also full of restaurants and bars built into the cliff, so get climbing and you’ll find plenty of places to sip and munch on tiny balconies. If you’re keen to learn more about the weird history of this beautiful place, the Museum of Prehistoric Thera and Archaeological Museum are the places to hit. In the evening, toast your travel buddies during one of the most beautiful sunsets ever, watching the buildings turn yellow before heading out for a final taste of island life. Have fun, but remember we have another VERY early start tomorrow.

Your Greek island adventure comes to an end today at 8 am. Dry your tears (and swimsuit) in the Santorini sun before heading home or continuing your adventure elsewhere.