Relax on traditional gulet as our local friends take you on a cruise to their favourite spots and cook up some classic Turkish barbecue on board.. Go deep into Cappadocia when you explore the underground city of Kaymakli, hike the surreal fairy chimney valleys and learn about the art of rug making from a master.. Stay in style with accommodation that includes a historical Ottoman hotel in Istanbul, located right in the heart of the Old City.. Explore the Islamic architecture of Istanbul and the ancient streets of Ephesus with a local leader who has rigorous, multi-year training in Turkish history.

Get under the skin of Turkey on this 17-day Peregrine journey from Istanbul. Travel to the clear coastal waters and ancient cities of the Bodrum Peninsula and discover the otherworldly landscapes of the Cappadocia region. Explore Kars – a transit point between Anatolia and the Caucasus – a place often overlooked on Turkey adventures. Continue on a train journey to Erzurum – a stronghold for the Seljuks of Anatolia – and wander through cities and villages of the Black Sea region before circling back to Istanbul. Your local leaders will show you the best this country has to offer, and with plenty of free time to experience Turkey independently, you will get to see this ancient nation on another level. 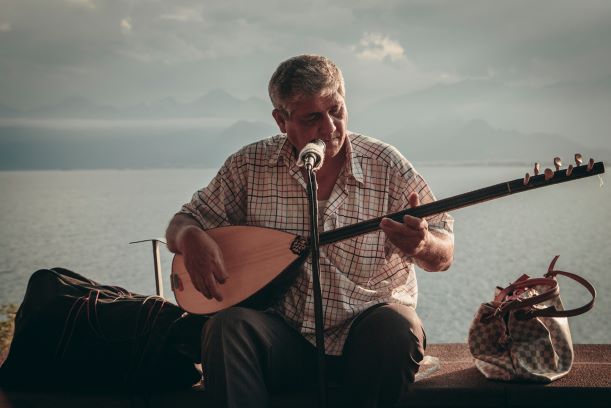 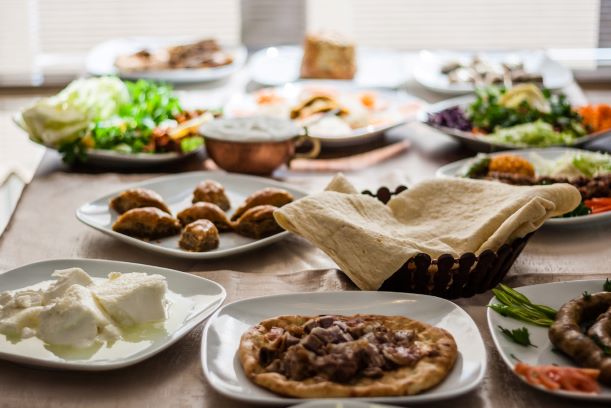 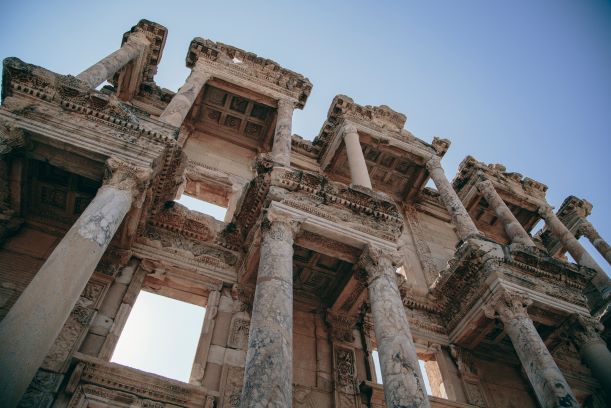 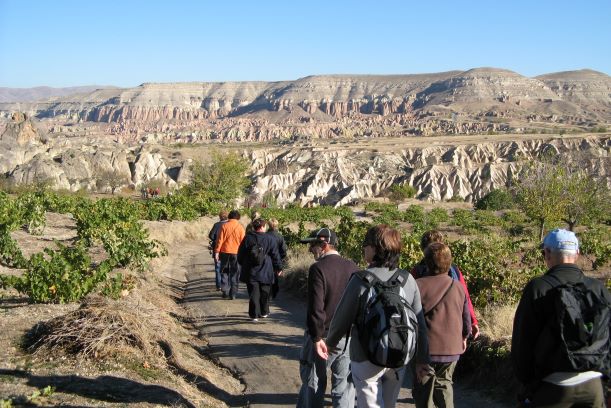 Welcome to Istanbul, the continent-straddling metropolis that the Greeks, Romans, Byzantines and Ottomans have all called home. Your welcome meeting will take place at 1 pm today, after which the group'll head out to explore the Old City of Istanbul, visiting the Blue Mosque, Hippodrome and Grand Bazaar. The rest of the afternoon and evening is free for you to explore and there are plenty of sights left to see, including the Archaeology Museum and Hagia Sophia.

Transfer to the airport after breakfast for a 1-hour flight to Bodrum, a modern resort town that was once the ancient city of Halicarnassus. Here, along the southern end of Turkey's Aegean coast, lies the original Mauosoluem, which the group will visit during an afternoon walking tour of Saint Peter's Castle, the Underwater Archaeological Museum, the Ancient Theatre and Mindos Gate. Potentially finish up at Cevat Sakir Caddesi, a main thoroughfare surrounded by alleys and streets hosting the local fish markets and a number of mayhanes (taverns), where you can select your own catch of the day and have it prepared for dinner.

There's a reason Bodrum is considered a boating paradise. Spend a day sailing off the beautiful peninsula on a gulet, a traditional wooden sailing vessel originating in this area. Sit back on the deck and soak up some sun as the boat sails down the coast with stops to swim, snorkel and explore the shore, as well as a break at the small island of Kara Ada. Enjoy lunch on board and a relaxing afternoon before returning to the hotel in the evening.

Drive to Selcuk this morning after breakfast (approximately 3 hours). Check into the hotel then take a walk through this sprawling town lying at the base of the ancient fortress on Ayasoluk Hill. Visit the last remaining column of the Temple of Artemis and the 14th-century Isabey Mosque, then journey to gorgeous little village of Sirince, nestled in the hills outside Selcuk. This was a predominantly Greek village before WWI and the narrow streets host beautifully decorated houses, silversmiths, leather shops, jewellers and market stands. Enjoy a special Peregrine Moment and meet Pervin, from whom you'll learn the art of manti (Turkish ravioli) whilst relaxing over a glass of the local fruit wine.

Wake up early this morning to beat the crowds and head to Ephesus, one of the best-preserved classical cities in the Eastern Med and arguably the greatest Greco-Roman site in the world. Tour around the amphitheatre, stroll the marble streets once walked by Cleopatra and Mark Antony, and marvel at the gymnasium, baths and beautifully restored Library of Celsus. Return to the hotel to relax before checking out and heading to the Ephesus Museum, then transfer to Izmir for an overnight train to Konya, in Central Anatolia. The train will arrive in Konya at 7.30 am, so enjoy the first-class sleeping compartments and included dinner in the restaurant car (with backgammon lessons courtesy of your Peregrine leader).

Arrive early in Konya, an important Roman city, and tuck into a full Turkish kahvalti (breakfast). Konya is the home of the mystic Sufi practice of whirling and after breakfast you'll visit the mausoleum of Mevlana, a famous mystic, as well as the museum housing manuscripts of his work and various mystic artefacts before driving three hours to the captivating region of Cappadocia. Check in to the hotel then head out with your leader to stretch your legs on a valley walk. Your leader has their own special place to introduce you to.

This mornig you can choose whether to take an optional hot air balloon rise over Cappadocia. Even if you don't choose to take a flight, it's worth getting up just to see the balloons rising with the sun. Have a relaxing breakfast from your terrace overlooking the valley then visit the Goreme Open Air Museum, which features houses, churches and monasteries carved into the soft cliff faces. Later in the afternoon, take a guided tour of Kaymakli, a troglodyte cave-city. Next, meet a local rug master and learn about the strong tradition of rug making from early nomadic styles to now. Head back to the hotel in Goreme. The rest of your day is free. Maybe take a relaxing Turkish bath to unwind after a long day experiencing some truly incredible history.

Drive to the airport after breakfast for a 1.5-hour flight back to Istanbul. Transfer to your hotel on arrival and enjoy a free afternoon. In the evening take the ferry to Kadikoy on Istanbul's Asian shore. Take a walk around this lively area and find a harbourside spot for dinner with your travelling companions.

This morning after breakfast you will have the day to further explore the city. You may like to ask your group leader for suggestions on how to spend your time. The Spice Market is very close to your hotel and a cruise on the Bosphorus never disappoints. Keep in mind that there will be a group meeting to discuss the next stage of your itinerary at 6 pm and you're welcome to attend, as this is a great chance to meet your new fellow travellers.

Transfer to the airport after breakfast for a two-hour flight to the north eastern province of Kars. This town is known for the ruins of Ani, a medieval Armenian city once called the City of 1001 Churches. Historians believe it sustained a population of 100,000 at one stage, and the rugged ruins present a haunting scene on the high plateau near the Turkish-Armenian border. Arrive mid-afternoon and check in to the hotel before taking a walking tour around town to see the castle and Kumbet Camii – a beautiful Armenian church now converted into a mosque. In the evening, perhaps enjoy some roasted goose (a local specialty) for dinner, and you may even be lucky enough to catch some local musicians playing the baglama.

This morning, head out of town to a small Malakan village called Bogatepe for a local organic breakfast. Continue with a visit to the Bogatepe Cheese Museum, tasting a few samples of Kars' gruyere – a little taste of Switzerland in Eastern Anatolia. Then, explore the local region this afternoon, including a visit to the Ani Ruins. Ruled by a vast array of kingdoms and empires over the centuries – from the Byzantines to the Ottomans – the city of Ani once housed many thousands of people, becoming a cultural hub and regional power under the medieval Bagratid Armenian dynasty. The crumbling, rust-coloured brick Cathedral of Ani guards this deserted city, perched alone on the remote highlands of North Eastern Turkey. Return to Kars for the evening.

After an early breakfast, make your way to the train station for an 8.30 am departure on the Dogu Express. This train connects the north-east of Turkey with Ankara, the capital, but the group will hop off at Erzurum after a 4-hour journey through spectacular scenery. Erzurum, the largest city in eastern Anatolia, sits at 1950 metres and was a stronghold for the Seljuk Empire during the 12th and 13th centuries. Spend the afternoon exploring important Seljuk sites like the Cifte Minareli Medrese, the Mongol-built Yakutiye Medrese and various distinctive tombs. Try a cag kebab in the evening – a horizontally stacked kebab and a local specialty. 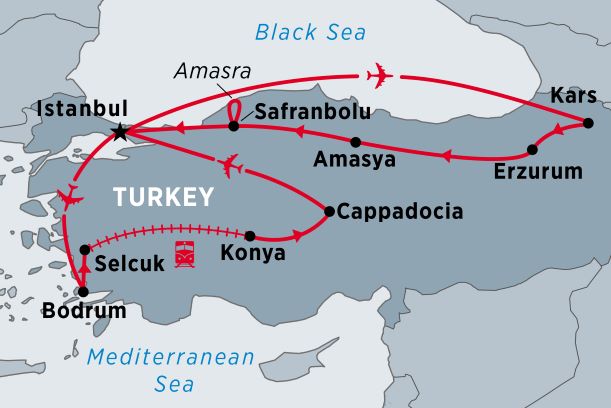