Experience some of the best wild elephant viewing in the world. Amboseli is home to over 1300 (often impressively tusked) elephants that have no qualms with the presence of humans. Capture iconic images for yourself as wildlife flows in front of you, and Africa’s tallest peak looms beautifully on the horizon beyond Amboseli. The Masai Mara is quintessential, breathtaking Africa – filled with lions, cheetahs, elephants and more. When not on safari, relax in spacious, fully insect-proof tents with private en suites, situated within the park itself. Enjoy the benefits of a fully comprehensive itinerary but with the freedom and intimacy of a private tour

Amboseli National Park is Africa’s premier destination when it comes to viewing elephants in the wild, and mighty Mount Kilimanjaro on the skyline takes the photogenic splendour to the next level. After exploring this vast expanse, head for the great plains of the Masai Mara. Renowned for its high concentration of big cats, hundreds of bird varieties and the annual Great Migration of wildebeest, zebra and gazelles, the Masai Mara National Reserve is one of Africa’s most spectacular attractions. On this short independent trip, enjoy leisurely breakfasts and quiet afternoons between explorations. 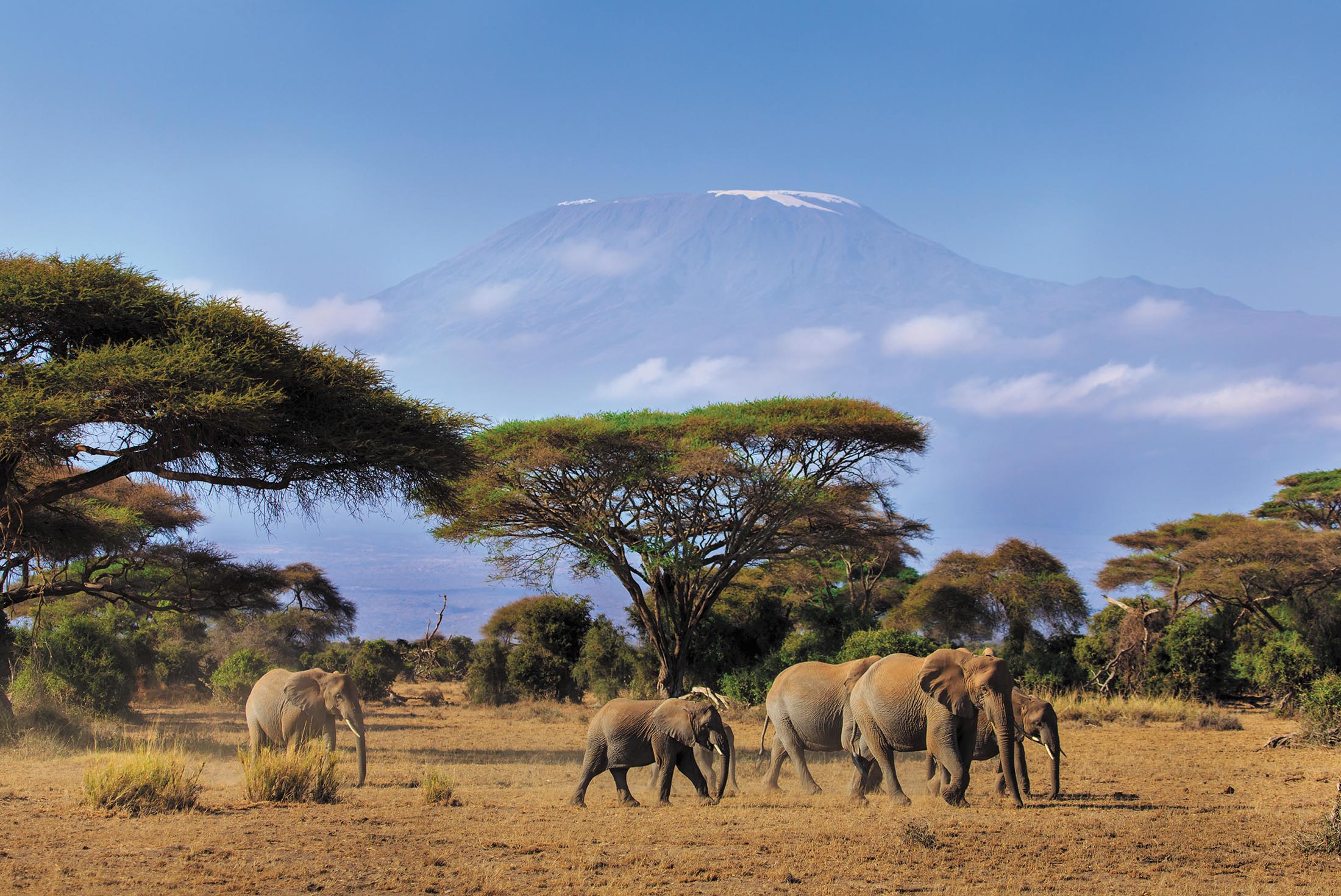 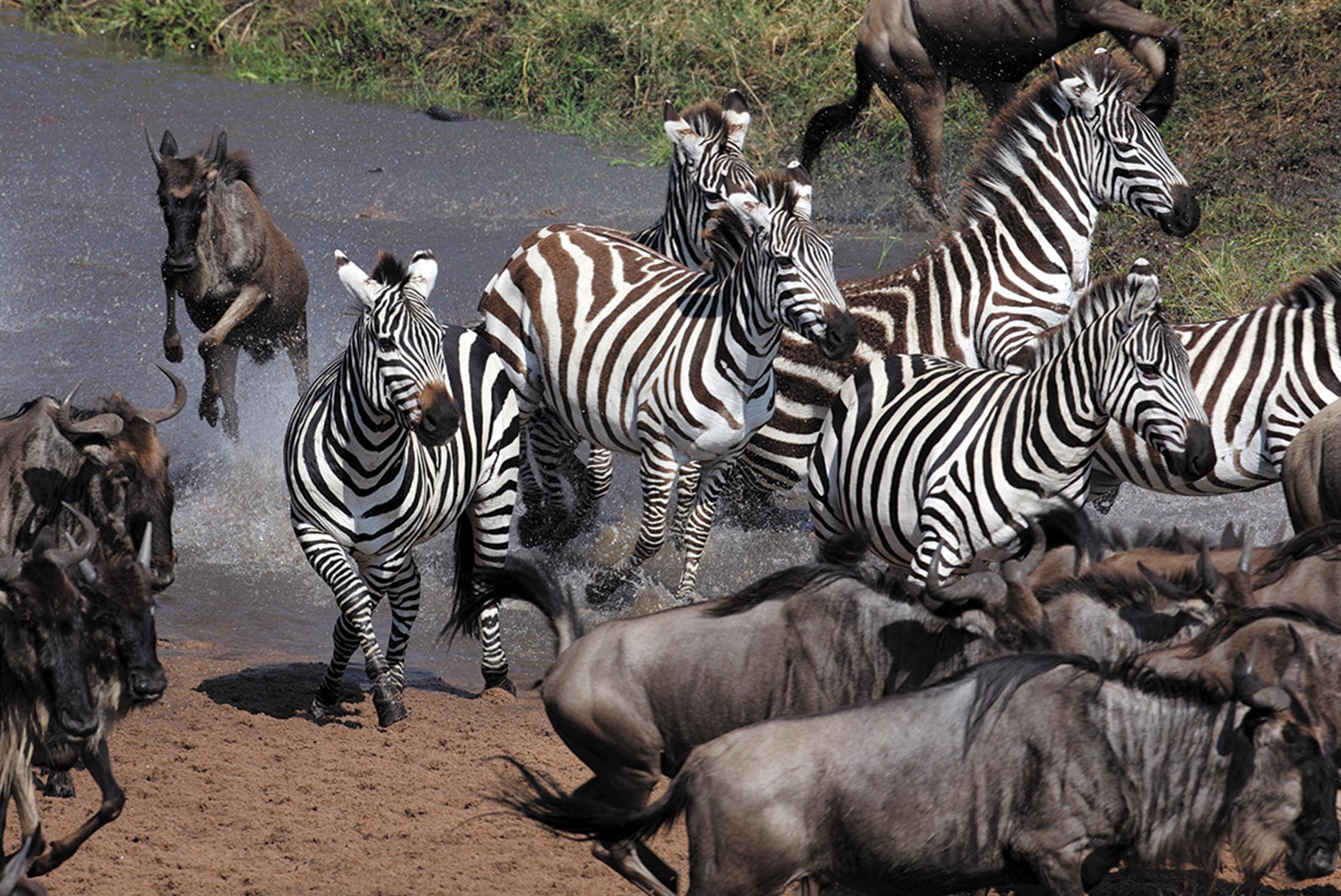 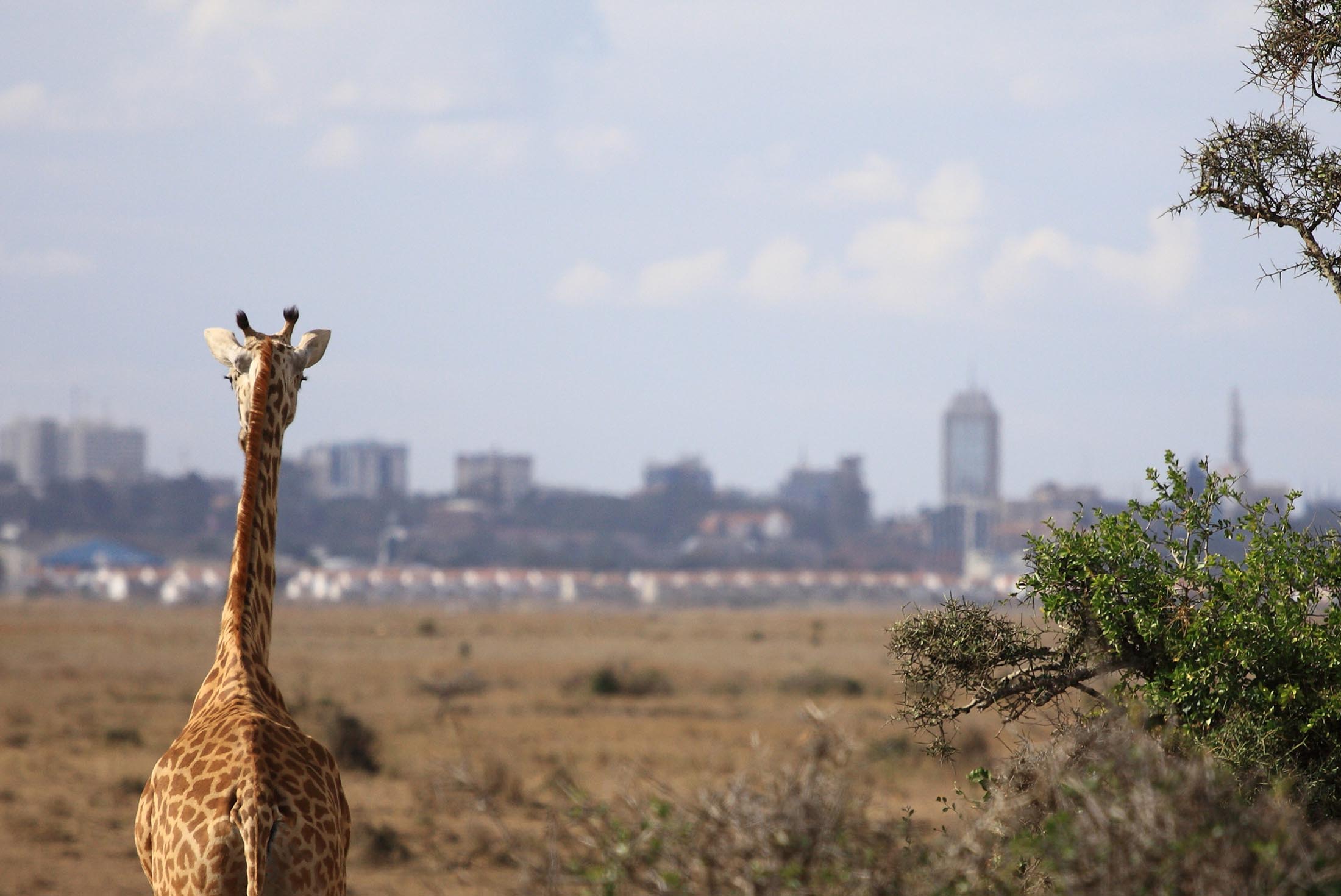 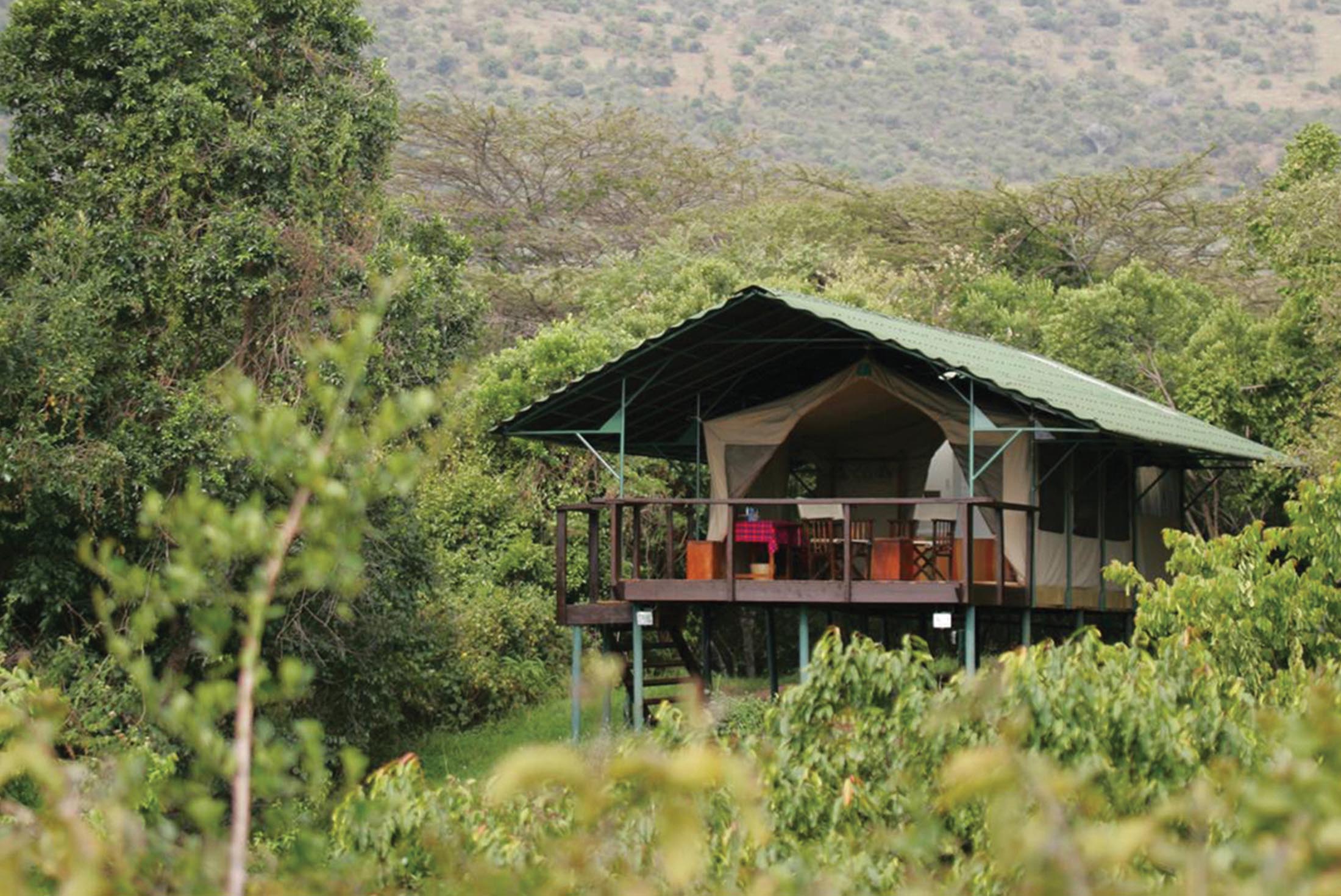 Start at your Nairobi hotel, or at Nairobi's Jomo Kenyatta International Airport. You are met by a Peregrine representative and transferred to Wilson Airport (Nairobi's domestic airport). Fly from Wilson Airport at 7:30 am to the Amboseli National Park airstrip, meet your local guide and transfer to your camp. After freshening up, head out on a two-hour game drive before returning to the lodge for lunch. Relax in the afternoon, then head out on another game drive. Your accommodation for the next two nights is a comfortable lodge located in the heart of Amboseli National Park with stunning views of Mount Kilimanjaro. The park is one of the most fascinatingly diverse on the continent, with five distinct habitats – open grasslands, acacia woods, scrub steppe, swamps and marshland.

Enjoy game drives though this 390 square-kilometre park in the morning and afternoon. Wildlife-viewing is excellent here, as sparse vegetation lures animals into the open. Look out for the ‘Big Five’ - lions, cape buffalo, leopard, rhino and the elephants for the which the park is best known. There are an estimated 1,300 elephants living in the park, attracted by the swamps and marshes, and it will not take long for you to come across a lumbering, but graceful, herd walking right up to your 4x4 (having often been habituated to humans after years of extensive study). This area has thankfully stayed free of poachers, and so many of the bull elephants have impressively large tusks. As well as unforgettable encounters with these peaceful pachyderms, there are Masai giraffe, Grant’s and Thomson’s gazelle, and cheetah to be found in the park, as well as prolific birdlife. This evening relax in your wonderfully appointed lodge, and then drift off to sleep surrounded by the sounds of the wilderness.

Today you will fly to the Masai Mara via Wilson Airport in Nairobi. Explore the Masai Mara, one of the finest game reserves on the continent. Take in vistas of rolling green plains and riverine woodlands, not to mention many species of game. Here you will have lunch on arrival before an afternoon game drive departs around 4pm and returns after sunset. On returning to the camp, freshen up before joining other guests around the campfire for a pre-dinner drink. Dinner is served by candlelight in the dining tent. Enjoy a nightcap by the fire before retiring to the sounds of the wild.

Explore the park on further game drives today. The Masai Mara National Reserve is famed for its physical beauty and abundance of wildlife – along with the ‘Big Five’, there are also 570 recorded bird types in the park, including the grey-crowned crane and the colourful lilac-breasted roller. Your daily routine at Masai Mara varies. On some days picnics are taken out on extended half-day or full-day game drives. Your typical daily routine however starts with waking at dawn for a light breakfast followed by an early morning game drive, setting off at sunrise and returning to the camp three to four hours later. Because you leave the camp as the sun rises you shouldn't have any trouble spotting wildlife, as this is often one of the most active times of day for animals. Look out for massive herds of wildebeest, zebra, and Thomson's and Grant's gazelle, all of which roam these verdant grasslands. Elephants, giraffes and elands are also commonly sighted. There are also escorted bush walks available from the camp, when you can get right into the heart of the landscape, learn to identify animal tracks, and get closer to African wildlife than you ever thought possible. 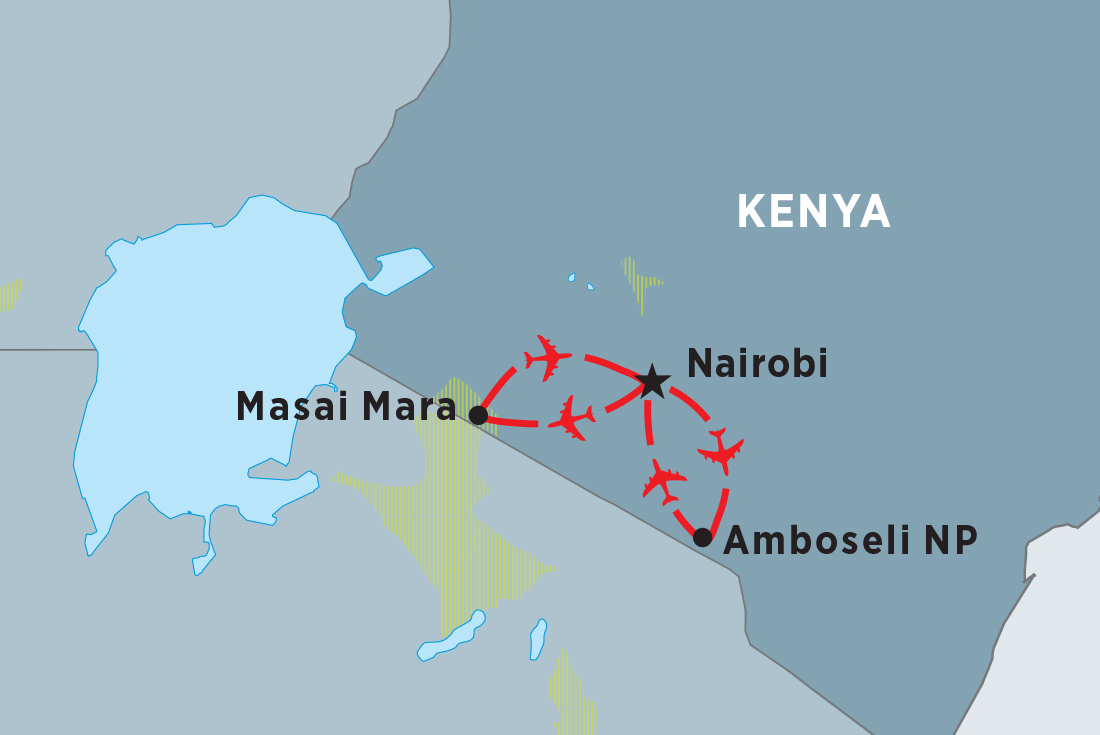