Cut through the dizzying array of cuisine options in Istanbul with a guide who knows the best places to eat. Walk in the heated thermal waters of Pamukkale. These cotton-coloured calcium pools cascade down the cliffs overlooking the town of Pamukkale and are said to have remarkable healing powers. Step back in time at Ephesus, where the Greco-Roman world still feels very much alive. This is one of the best preserved classical cities in all of Europe and yet to be completely excavated. Spend some time reflecting on battles fought and lives lost in Gallipoli. This peaceful place has seen many atrocities due to its significant role in WW1

Turkey demands a closer look and on this adventure you’ll discover culture, history, food and ancient ruins – all against a backdrop of the stunning Turkish countryside. You’ll have plenty of time to discover significant sites like Ephesus, Phaselis and Troy, while relaxing in seaside towns like Kas and Antalya, before plunging into Istanbul and exploring the bustling streets. Find a place where history and modern life collide with fascinating results and lose yourself in the vibrancy of the country. 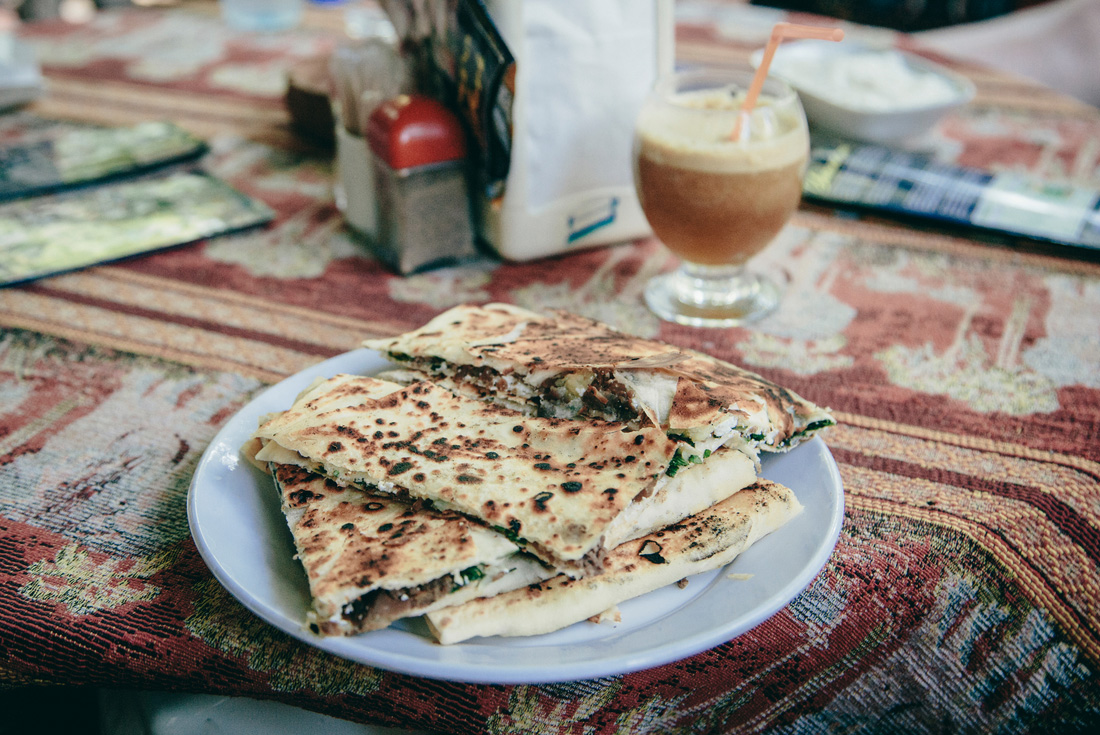 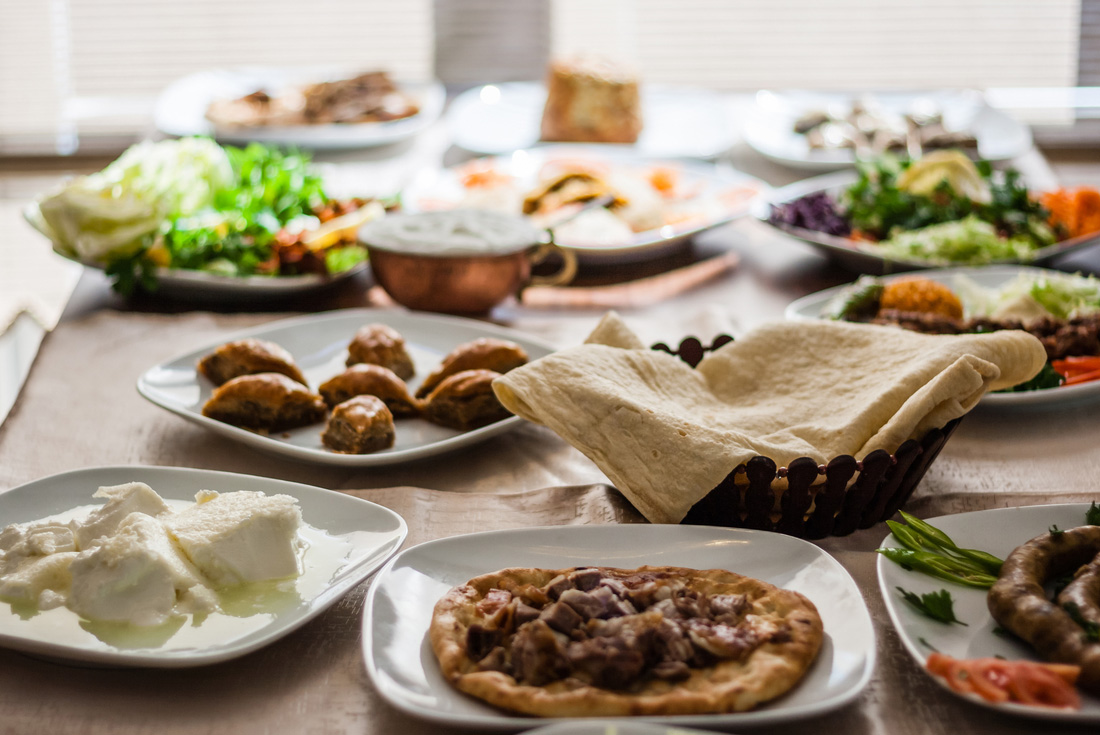 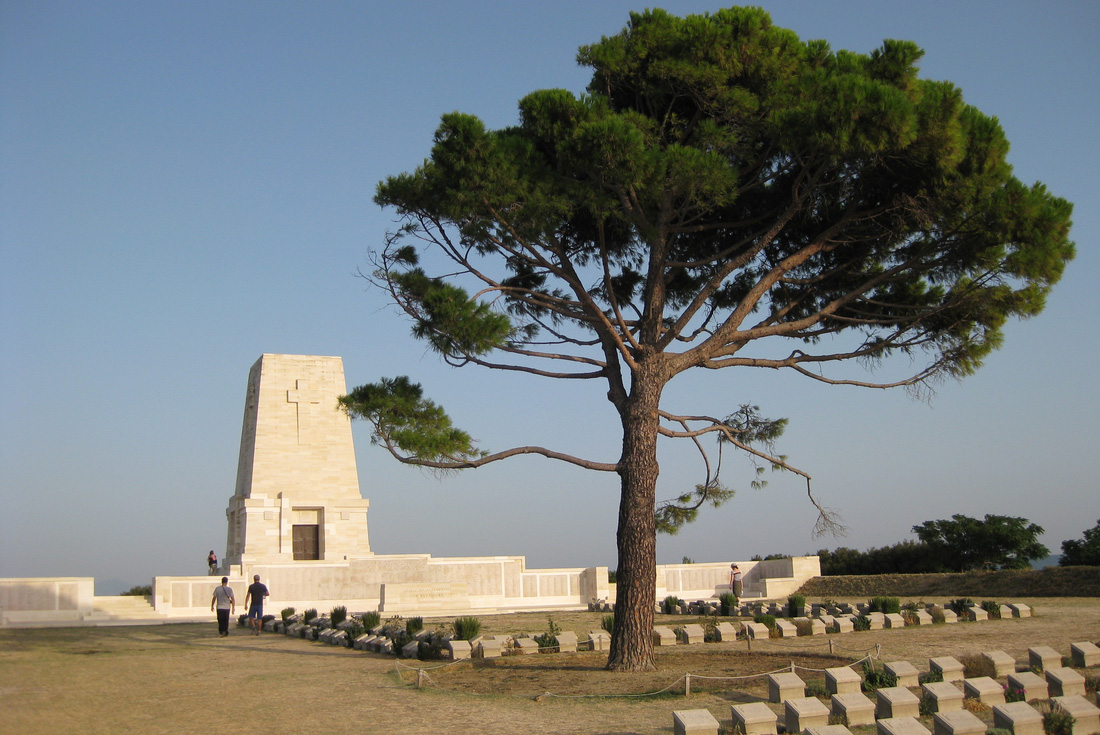 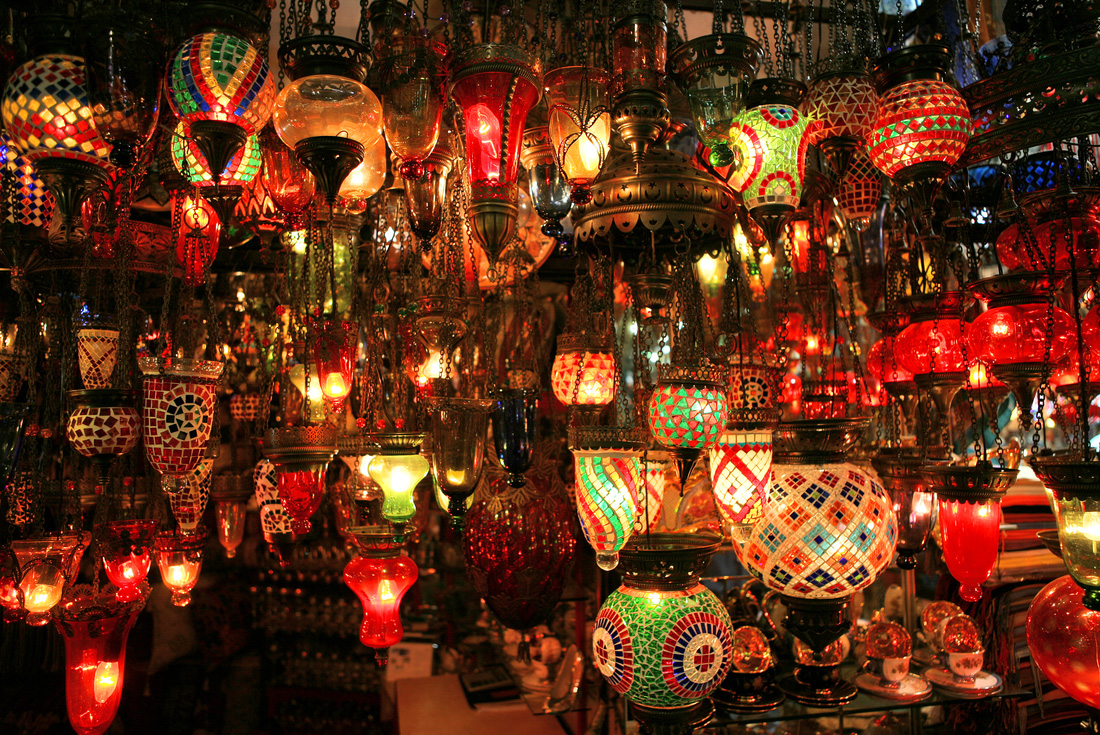 On arrival you will be met and transferred to your starting hotel, which is our feature hotel on this trip. After checking in, please look for the notice in the lobby or check with reception, which has a list of suggestions for things to see and do in your free time. As today is an arrival day, there is no formal sightseeing planned. Antalya is a fascinating town with a history spanning thousands of years. If you arrive early enough, you can wander the old streets of the Kaleici district and explore the harbour. In the evening there will be a welcome meeting where you will meet your trip leader and fellow travel companions. Please check at reception for the exact time. Our hotel tonight has fantastic views of the Toros Mountains and the Marina, and is located a short walk away from Mermeli beach and Antalya Museum.

Make your way to the region of Lycia and to the ancient Greco-Roman city of Phaselis, which flourished from the 7th century to the 12th century. The Phaselians were more concerned about preserving the affluence of their commerce than with staking any political independence, so they pragmatically accepted any conquerors that came their way. Today this place is a beautiful picture-postcard setting with bays surrounded by mountains and fragrant woods. The driving time is around two and a half hours today.Continue on to the seaside village of Kas. Here you'll see charming whitewashed houses covered in bougainvilleas as well as an ancient Greek theatre. Sample the local cuisine and enjoy the night in the town's quaint centre.

Take a short drive to Kekova and get on a local boat for a cruise around the islands. Look out for rock formations and houses that have been submerged under the clear water. The cruise takes you to the settlement of Ucagiz and also the village of Simena, with its stone houses covered in bougainvilleas. The view from the castle is spectacular. You'll also sail from large bays to beautiful protected inlets where you can go for a swim. You boat will be captained by Mehmet and Sebahat, a couple from the small village of Ucagiz who want to share their love of the sea and their love of food. Imagine enjoying a salad of local greens, zucchini fritters, lentil soup and a cool glass of local beer or wine in Tersane bay. Here the water is deep but clear enough to see the bottom, and the shore is lined with the ruins of an ancient city long ago sunken into the clear waters. Remember to let your lunch settle before you jump into the water, and look out for the ice-cream man – call out to his boat to get some desert. Return to Kas in the evening.

Drive to Pamukkale, also known as 'Cotton Castle'. This one-of-a-kind natural phenomenon is made of terraced hot springs and pools. As the water cascades down the mountain, dazzling cream-coloured stalactites form, giving the appearance of cotton or snow. These pools are said to have healing properties for a person's circulation and digestion. You'll then make your way to the nearby ruins of Hierapolis, an important Roman bath centre. Explore the extensive ruins of Hierapolis which include a theatre, temple, holy area, monumental fountain, bath, basilica and necropolis. Return to Pamukkale for the night.

Get up early for a 2.5 hour drive to the traditional farming village of Selcuk. This will be your base for exploring the nearby ruins of Ephesus, the former capital of the East Roman Empire and the best-preserved ancient city in Turkey. Take an orientation walk of this a sprawling town lying at the base of the ancient fortress on Ayasoluk Hill and the Isa Bey Mosque. Those who wish can take an optional visit to the last home of the Virgin Mary, who legend says came here accompanied by St John, and lived out her days in this beautiful spot. In the afternoon you'll enjoy a atmospheric and memorable cultural experience in a place you might not expect – a Turkish Barber. For those that choose, this is more than just a quick haircut, and a shave will leave a lasting memory. Don't be surprised if you get a finger in the mouth to create the perfect angle for the blade, and beware of a lit cotton but – the scourge of unwanted nose and ear hairs. And that's not even the end of it – soon there's the facemask and massage, and for those with slightly less hair on top a bit of polish may be added! Enjoy a cup of tea and a chat, and believe it, before the week is out you'll be looking for the next Barber.

This morning take a guided tour of Ephesus. The city has a fascinating history that really comes alive with a local guide to enhance the experience. Considering their age, the ruins are in incredible shape, and it’s not difficult to imagine them in their full glory 2,000 years ago. You will be awed by the sophistication of this ancient city, which had running water, public toilets, a renowned medical institute, a brothel and Roman baths. The theatre is well preserved and regularly hosts concerts, but it's perhaps the magnificent library that takes most people's breath away. Also not to be missed are the tomb of the Seven Sleepers, Marble Street, and the Church of the Virgin Mary. Return to Selcuk, a culturally rich town that retains many Turkish traditions. Its relatively undisturbed nature means this is an opportunity to experience the ‘real’ Turkey. With free time, perhaps wander through the town centre and square lined with ancient aqueducts. Enjoy your meal this evening al-fresco in one of the local cafe

Today you'll make your way to the city of Çanakkale, but along the way you'll stop at the site of ancient Troy. For many years people believed that this city was merely a fable. Archaeological digs have proved that the area was settled by major civilisations, but historians are still at odds as to whether Troy really existed. Here you'll see the remnants of ancient city walls and a replica of the famed wooden horse. Arrive at Çanakkale later in the day and spend some free time wandering around the waterfront town. The driving time today is approximately six and a half hours.

Cross the Dardanelles, the strait which separates the Asian and European sides of Turkey. This area played an important role for Australians and New Zealanders during the First World War. You'll visit the beach and cemeteries of Anzac Cove, then head up the hill toward the poignant memorials of Lone Pine and Chunuk Bair. Look down upon the rough and barren hills and gullies that became the graveyard for so many thousands of young men from both sides. Tour the former battlefields and encounter remnants of trenches used by the Turkish soldiers. Head back to where your adventure began, Istanbul. You'll arrive in the late afternoon or early evening and have the remainder of the evening free. Perhaps spend a final night with the group and indulge in a Turkish feast in town. Notes: Total driving time is approximately 5 hours.

Your trip comes to an end this morning after breakfast. Extra accommodation at our Istanbul hotel can be booked through us. We recommend you stay on for at least another day or two to take in the wonders of this heady metropolis. Alternatively a departure transfer can be booked to take you to the airport for your onward flight. 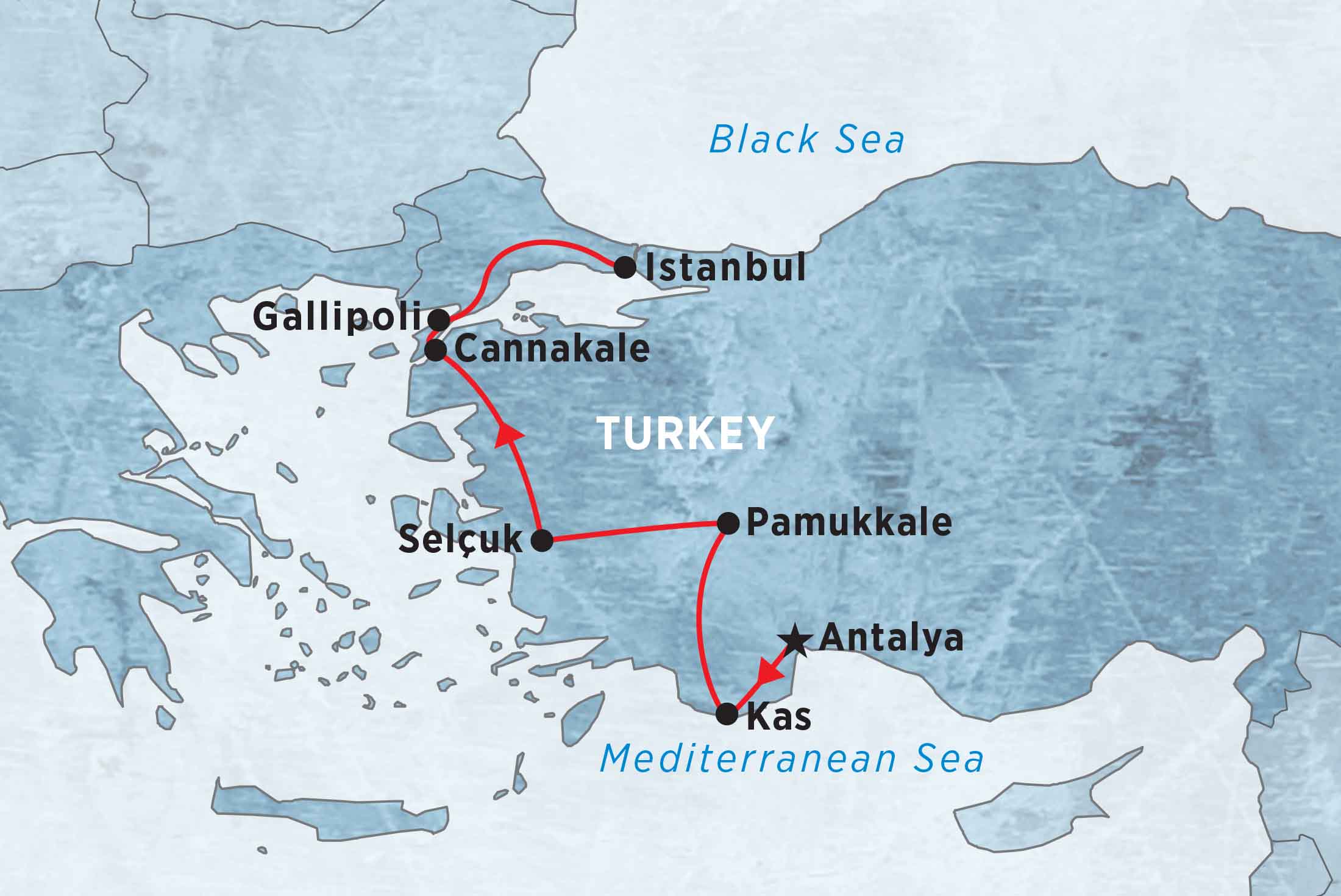