Trace the steps of the Geisha around the alleyways of Kyoto’s atmospheric Gion district and visit a Zen Buddhism temple and hear about its practice while sipping green tea.. There’s no better way to get around Japan than the country’s famous railway system. Be impressed by the efficiency and ultra-modernity as you zip from place to place with your included 7-day Japan Rail Pass.. A visit to the Hiroshima Peace Park is a sobering but important experience for understanding the tragedies of Japan’s not so distant past.. Stay in a ryokan hotel with indoor and outdoor onsens, taste regional specialities, explore local markets and perhaps stop by a sake brewery in Edo-era Takayama.

Japan is a country steeped in fascinating historic traditions and modern wonders, and this 12-day journey uncovers the highlights. Like the history, the country is varied and diverse – from the ancient once-capital of Kyoto to the wartime reminders in Hiroshima, the beautiful Edo-era city of Takayam to the bustling metropolis of Tokyo. On this small group adventure, you’ll gradually reveal the rich variety of the country as you visit temples, castles, shrines and holy mountains while mixing with locals and experiencing the real Japan. With a knowledgeable leader joining you each step of the way, come on this magical journey and experience all that Japan has to offer. 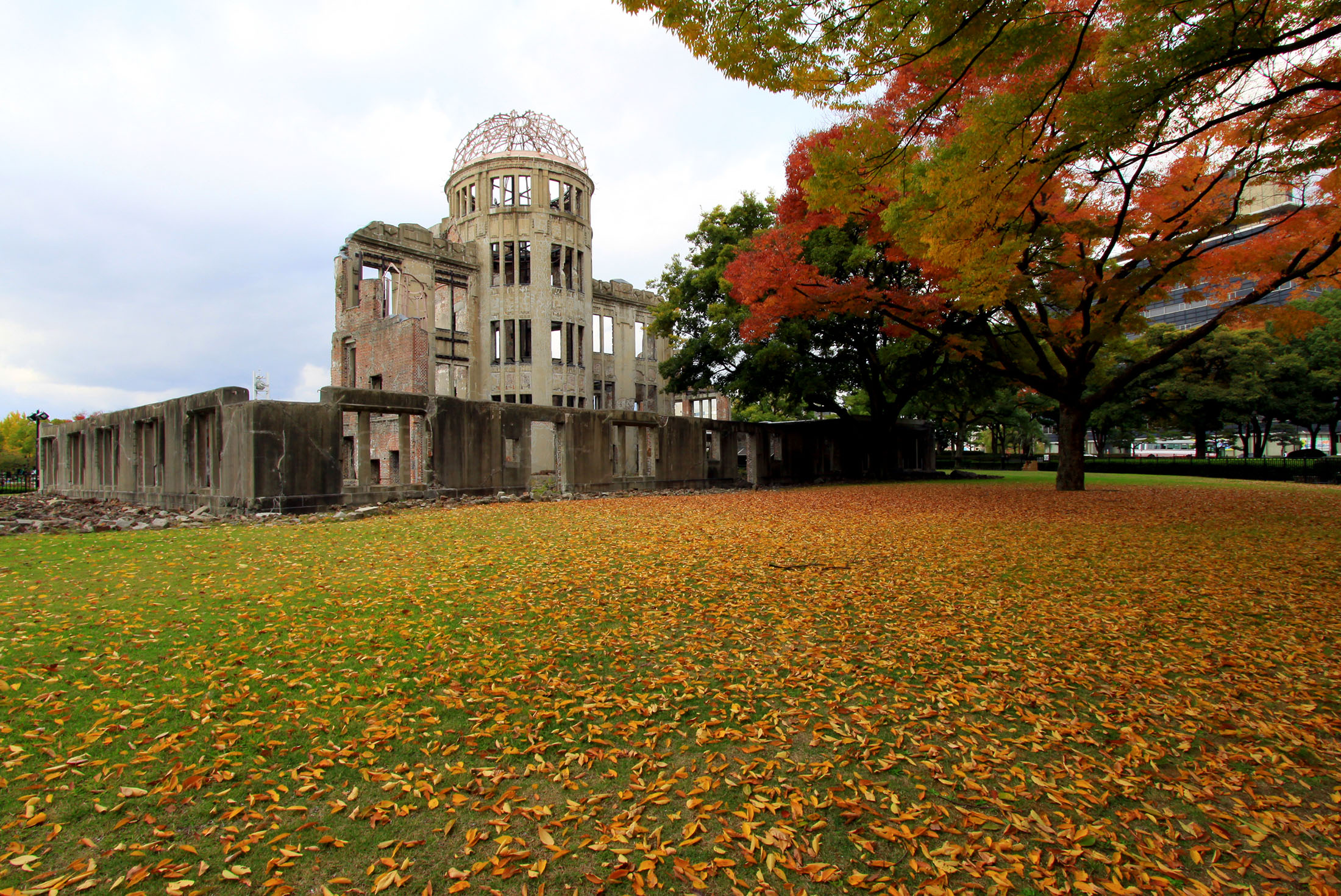 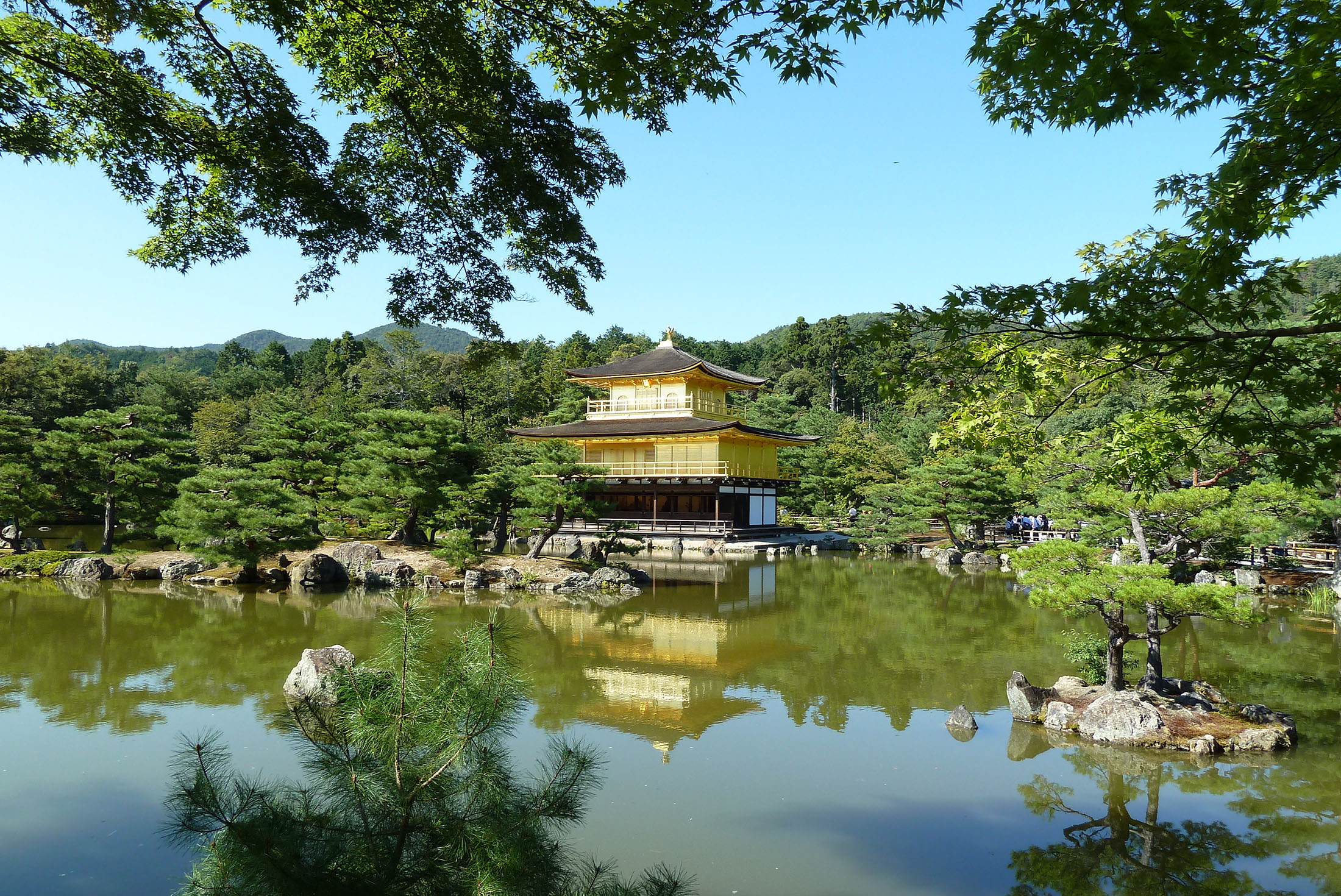 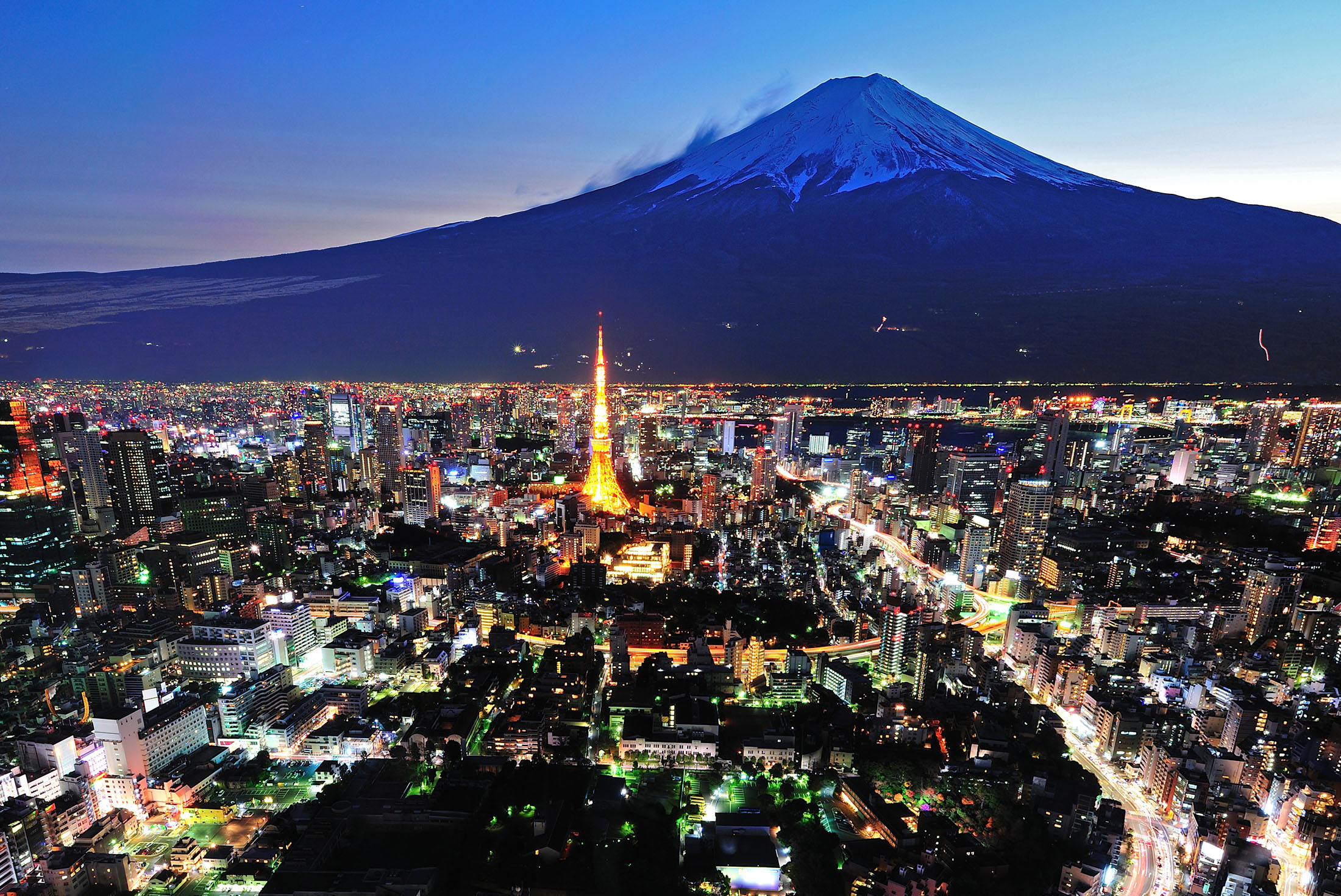 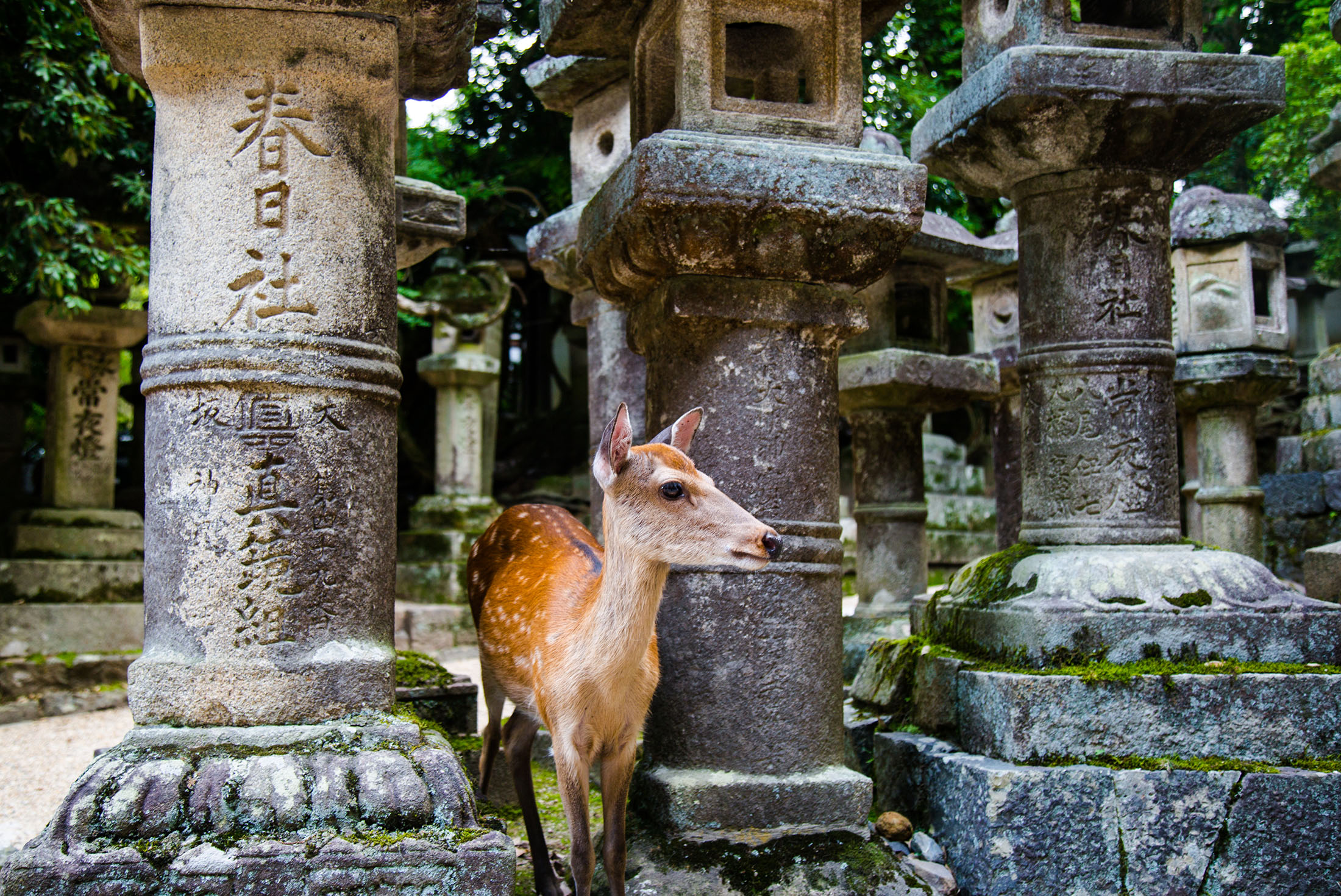 Konnichiwa! Welcome to Japan. There are no activities planned for today until a welcome meeting tonight at 6 pm. If you arrive early have some time, step out onto the streets for your first taste of this beautiful city. Originally founded as Heian-kyo (literally 'tranquillity and peace capital') by Emperor Kammu in 794, Kyoto had its golden age during the imperial court's heyday from 794 to 1185. Tonight after the group meeting, you’ll head out with your leader to sample some of Kyoto’s renowned Kyo-ryori, or Kyoto cuisine.

Begin your day with a city tour around some of Kyoto’s sights. Visit the extravagantly decorated Kinkakuji Temple, immortalised in Yukio Mishima’s novel 'The Golden Pavilion'. Afterwards visit Daitokuji Temple – the head temple of the Daitokuji School of the Rinzai sect of Zen Buddhism – built about 800 years ago. Hear more about the philosophy of Zen Buddhism and enjoy the peace and spirituality while sipping on green tea. Join your leader and walk around Gion and its old wooden teahouses and exclusive restaurants. This area is the heartland of geisha culture, and it's a great idea to return here in the evening when it really springs to life. You might spot geikos (geishas) or maikos (apprentice geishas) with their elaborate dress and make up on their way out to events.

This morning, head will your small group to Kyoto’s famed Fushimi Inari Shrine – known throughout the world as the ‘Path of the Red Gates.’ Take time to appreciate the quieter corners of the shrine, and if you are feeling fit, a walk to the halfway point provides stunning city views. Continue with a short train ride and walk to the renowned Gekkei-kan Sake Brewery. With centuries of local history built into its beautiful wooden halls, Gekkei-kan is considered Japan’s industry leader in both the tradition and innovation of sake creation. A visit to the brewery and museum cover every aspect of sake creation – with full-scale historical artefacts in abundance and a chance to taste different types of sake at the end of your visit. The shop is also fully stocked with some of Japan’s finest sake should you wish to bring some back home with you!

Today you will take a day trip to the city of Nara (approximately 1 hour from Kyoto). With eight World Heritage-listed sites, Nara is second only to Kyoto as a fountain of Japan's cultural legacy. While here you’ll visit Todaiji Temple, with friendly wild deer roaming freely in the park around it. Also visit the Kasuga Taisha (Kasuga Grand Shrine) – Nara's most celebrated shrine. Kasuga Taisha is famous for its lanterns, which have been donated by worshipers. They symbolise a guiding light for 3000 Kasuga shrines throughout the country. Hundreds of bronze lanterns can be found hanging from the buildings, while as many stone lanterns line its approaches. The lanterns are only lit twice a year during two lantern festivals, one in early February and one in mid August. Return to Kyoto for the evening, which is free for your own rest or exploration. Perhaps find a theatre putting on shows of Noh or enjoy some traditional maiko dancing, kabuki or bunraku puppetry.

As you speed south to Hiroshima on Japan’s impressive bullet train, you’ll stop en route at Japan’s most impressive samurai castle at Himeji. The building, which has survived earthquakes and war since the mid-16th century, was restored to its full glory in 2015. The moats, baileys, towers and walled alleyways were ingeniously designed to trick attackers – perhaps so intimidatingly that they were never in fact tested. Explore the castle that was once home to over 10,000 samurai families and look out over the castle grounds and the city below from the seventh floor. Continue on to Hiroshima.

This morning you’ll visit the Genbaku (A-Bomb) Dome and the Peace Memorial Park and Museum, both of which stand testament to the fateful day in August 1945 when Hiroshima was attacked by atomic warfare. The dome was just metres from the atomic site and was able to retain its shape – serving as a reminder of the attack and now symbol of peace. The memorial park serves a similar purpose, and has museums, memorials and monuments dedicated to the memory of victims, education on what lead to the bomb’s use, as well as advocating world peace. After your visit, head for the serene island of Miyajima with a short ferry ride (30 kilometres) across the Inland Sea. The island is home to the venerable Shinto shrine of Itsukushima, known for its huge bright orange gate (torii) that rises majestically out of the sea. At high tide it is considered to be one of the most beautiful sights in Japan. The size and physical landscape of Miyajima makes it an ideal place for walking. There is the lovely Momiji Park (known as Maple Valley), from where it is possible to walk or take a cable car up to the top of Mt Misen. Return to Hiroshima for the night and perhaps try one of the city’s signature dishes for dinner like okonomiyaki – a type of savoury pancake with egg, cabbage, soba noodles and meat or seafood.

Today, travel to Takayama – a charming Edo-period town located in the Japanese alps. Renowned for its traditional inns, sake breweries and tranquil atmosphere, this riverside jewel of central Honshu may well be one of the most enjoyable stops on your trip. Later, enjoy free time to make your own discoveries – highly recommend is to find a good restaurant that specialises in Hida beef. Hida beef, or Hida-gyu, is the beef from a black-haired Japanese cattle breed that has been raised in Gifu Prefecture for at least 14 months.

Take a visit the local Takayama farmer's market where you can try some Japanese treats and peruse the stalls. Afterwards, visit Hida Folk Village – an open-air museum of traditional architecture that gives a sense of centuries past. Cross your fingers for clear skies, as the alps are stunning from this vantage point on a clear day.

In the morning, make your way by train to Japan’s amazing capital – Tokyo – and your centrally-located hotel where you’ll be based for the next three nights. Bursting with contemporary urban culture, there are many sides of Tokyo to explore: fascinating museums, world-class shopping, bustling energy and futuristic architecture, as well as a gentler side of neighbourhood backstreets and hole-in-the-wall eateries. There are many vestiges of the past, with historic temples and shrines still to be found in some of the most unexpected places, as well as an abundance of parks and gardens, particularly exquisite in spring when the cherry trees and azaleas are in bloom. After you arrive, your leader will take you for a short late afternoon or early evening tour of the area. You will then have some free time to explore and peruse your dinner options – Tokyo’s exciting food scene has both upmarket and more casual, local and international flavours.

Embark on a varied full-day tour of the city, beginning in the historic Asakusa area. This is one of the older and more traditional parts of Tokyo, and is often called the temple district. Here you’ll stop by Senso-ji, the city’s oldest temple – founded almost 1400 years ago when Tokyo was nothing more than a fishing village. Browse the many interesting stalls – filled with tasty treats, crafts and souvenirs – that line the shopping street of Nakamise dori. After lunch you’ll enjoy an alternative view of Tokyo as you relax on a short cruise down the Sumida River. Pass by significant buildings like the Sky Tree Tower, the Sumo Stadium and the former Tsukiji Fish Market complex, gliding under bridges that bisect the river before alighting at the delightful urban oasis of the Hama Rikyu gardens. Here you’ll have time to stroll along paths that were once the sole preserve of the shogun, who would hunt ducks here in the feudal era.

Enjoy a free day to explore this pulsating city. Perhaps head to the eastern districts which are magnets for the city’s fascinating youth subcultures. See the crowds at Shibuya Crossing, cos-play tribes of Harajuku, as well as the important Meiji Jingu Shrine, dedicated to the 19th-century Emperor. Otherwise, take in history by visiting the outer moat and park surrounding the Imperial Palace in central Tokyo or see ancient treasures at the National Museum in Ueno. Another great museum, which gives insight into old time Tokyo, is the Edo-Tokyo Museum in Ryogoku. Spend some time in the city’s green spaces like Yoyogi Park and Shinjuku Gyoen National Garden, browse high-end shops in Ginza, experience the theatre of a kabuki play, or create your own entertainment with some karaoke. This evening, join your group for an included dinner to celebrate your time in Japan.

With no further activities planned, you're free to check out any time before 12 pm. If you are departing later, you can arrange luggage storage at the hotel. 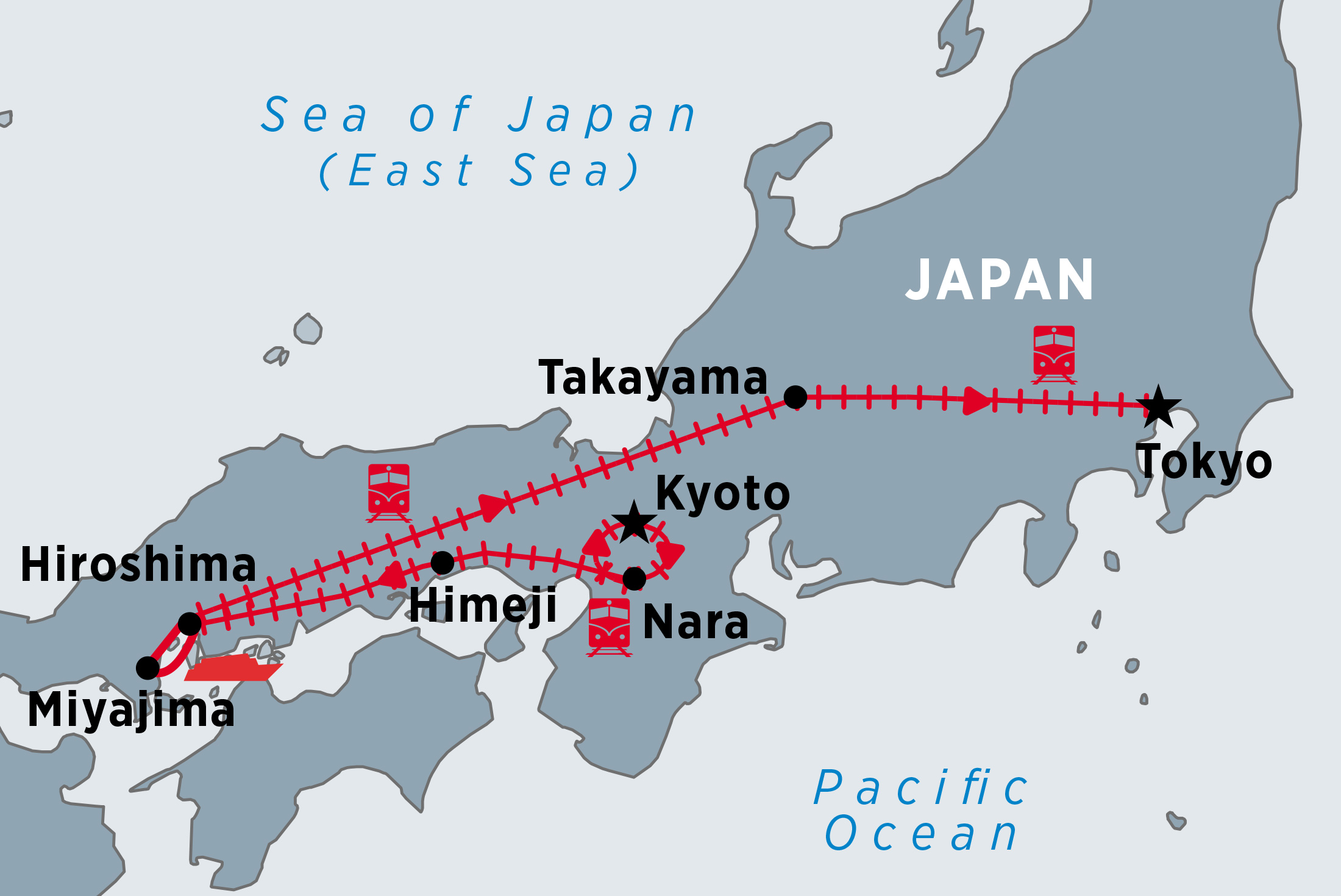