Cuba is officially open to Americans! (About time, we say). We’ve got a full People to People licence, so you can travel with confidence.. While the boat sails straight from Havana to Maria La Gorda, we’ll take a more interesting route: a drive through the spectacular UNESCO Viñales Valley.. This trip includes a visit to a local school in San Juan del Valle. You can meet Cuban children and learn a little about education differences between Cuba and the US.. While bigger cruise liners have to moor out at sea and commute into shore via tender, we’ll drop anchor in the middle of port towns like Cienfuegos or Maria la Gorda. You can hop on or off the boat as you please.

Exploring Cuba’s vintage cities by foot is one thing, but sailing across the island nation’s blue waters is a completely unique experience. Soak up the Caribbean sun on this 8-day adventure cruise along the coastline, anchoring at Cuba’s most captivating destinations, snorkeling from the back of the boat, and enjoying tranquil nights at sea. Whether it’s the colourful plazas of Trinidad, the provincial charm of Vinales’ tobacco farms, or the salsa rhythms of Old Havana’s nightlife, Cuba’s history and culture will leave you spellbound. 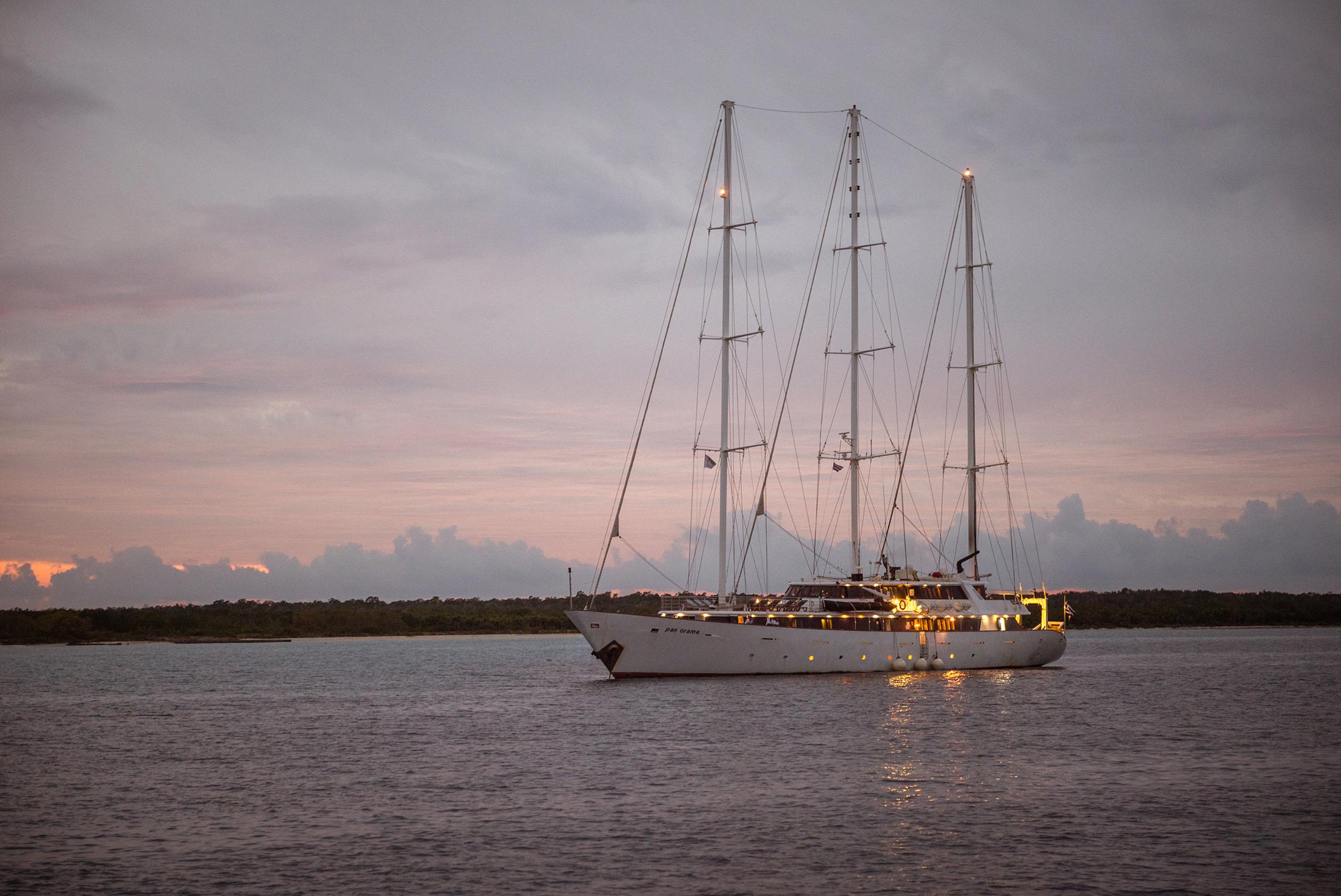 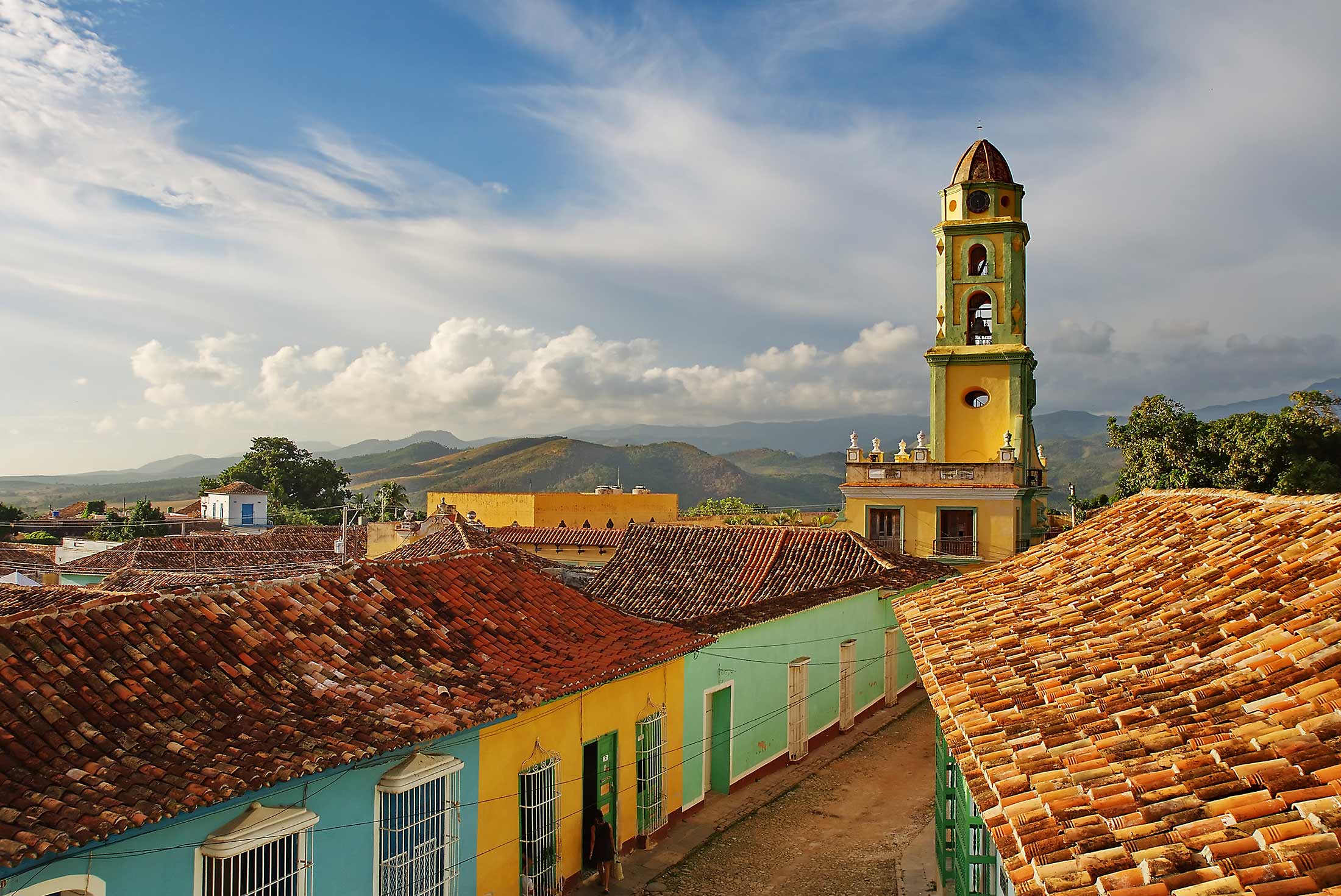 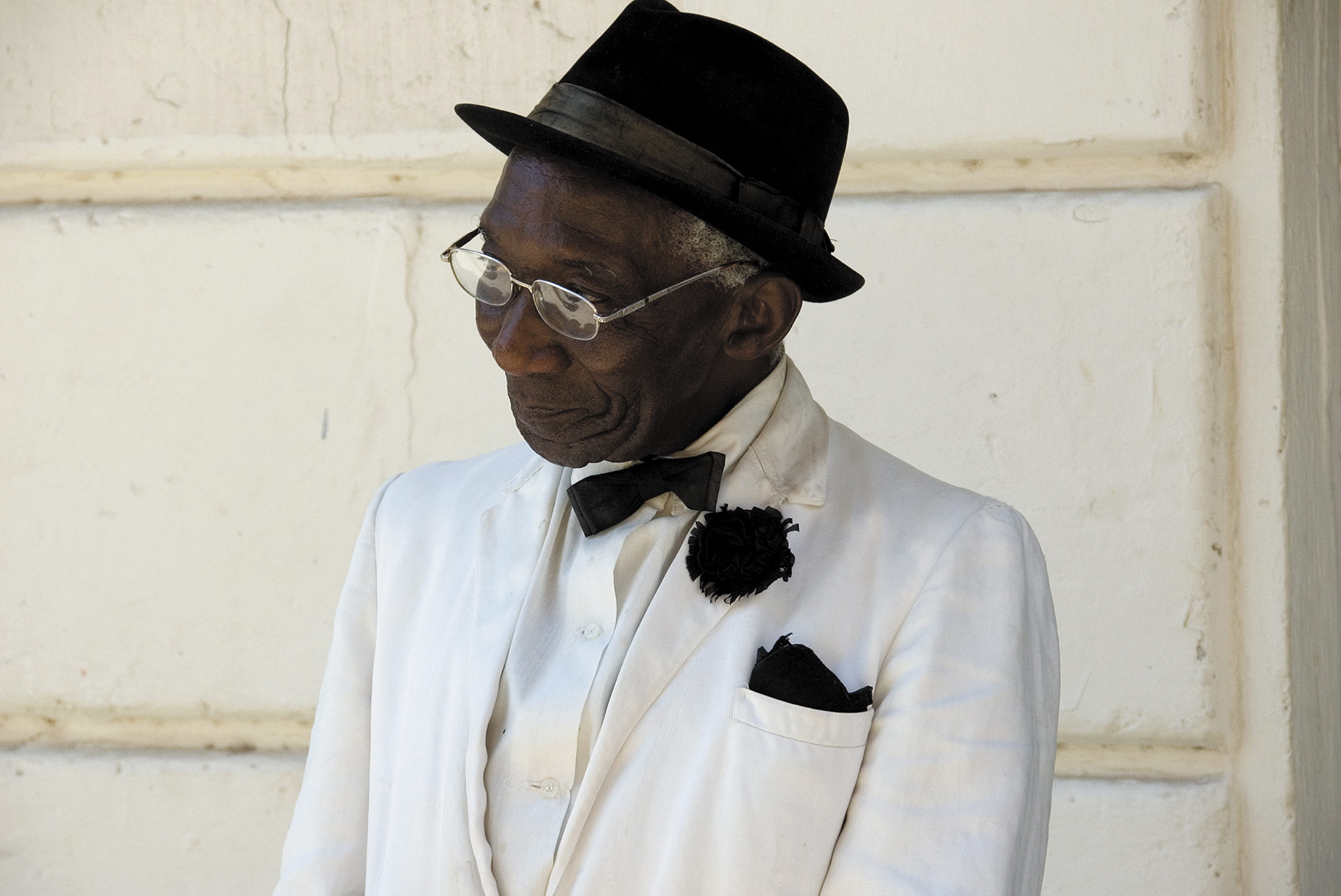 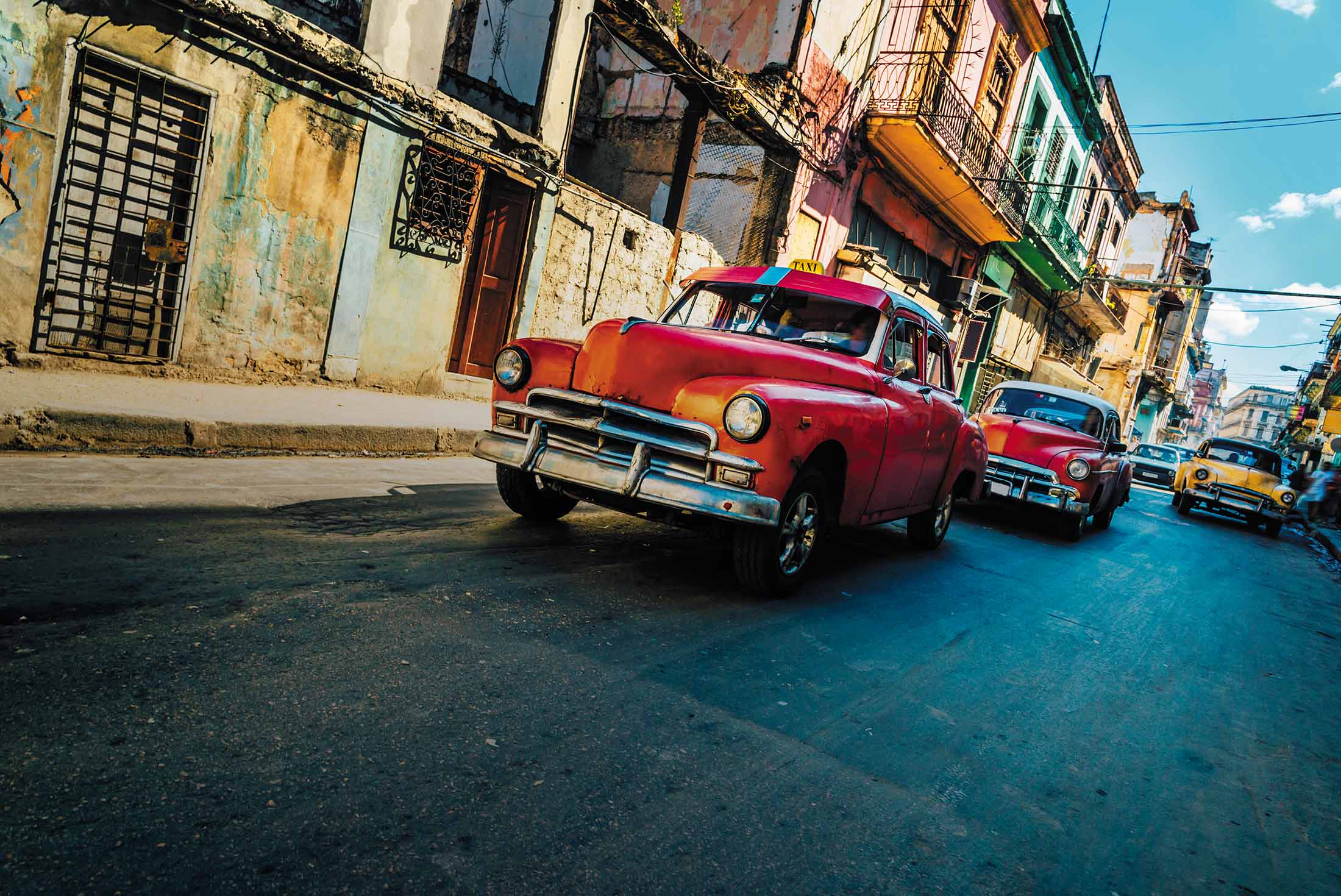 Havana to Cienfuegos and embarkation

Welcome to Cuba. Arrive in Cienfuegos, also known as the Pearl of the South, where you will be met and assisted by a member of our team. Founded by French settlers, Cienfuegos boasts a unique architecture and was declared a UNESCO World Heritage site. Visit the graphic arts workshop and attend a local musical performance. Walk around the city center and admire outstanding examples of French neo classical architecture from the 19th Century. We will stop at a local farmer’s market before having lunch. A special treat will be a concert by the singers of the Chorus of Cienfuegos, or string quartet. We make our way to the pier for embarkation on the Panorama, followed by a boat drill and welcome briefing. Overnight sailing to Trinidad.

Today we visit Trinidad, a meticulously well-preserved Spanish colonial city. With its rich architecture, cobblestone streets, palaces and plazas, it is sometimes referred to as the "Museum City of Cuba." We will walk through the town, visit a scale model of the city, and have lunch at a local paladar. Stop at the Romantic Museum located in the old palace of the Count Brunet, or Palacio Cantero, the Trinidad General Municipal Museum. Visit the studio of Lazaro Niebla, a very unique woodcarver. Return to the Panorama for dinner onboard and overnight at sea.

All day sailing. We reach Isla de Juventud late afternoon and anchor in Bay of Singuanea. Overnight at anchor

Until 1977, the island was called the Isle of Pines. In 1978 Fidel Castro turned the island into one grand Communist school for students from around the world and thus the Island of Youth. Disembark in Marina Colony for a panoramic sightseeing drive of the capital city of Nueva Gerona. Visit the Presidio Modelo, an abandoned panopticon prison where both Fidel and Raul Castro were imprisoned from 1953-1955. Enjoy lunch in a local restaurant before visiting an art school and the maternity ward of a local hospital, if available. There will be some free time for independent exploration and enjoyment around Nueva Gerona’s grand boulevard before returning to embark the ship for an overnight sailing to Maria La Gorda.

After breakfast, we disembark in Maria La Gorda, where we will visit a local school to meet the Cuban children and their teachers, and discuss the differences and levels of the Cuban and American educational systems, particularly in the rural areas of the country. Visit the headquarters of Guanahacabibes National Park, one of the country's largest nature reserves on the westernmost tip of the island. The peninsula is one of the last refuges of aboriginals fleeing from the Spanish conquistadors and also holds some 140 archeological sites linked to life of aboriginals known as Guanahatabeyes. Time-permitting, we will venture into the park to meet with the naturalists and locals, followed by free time for swimming, snorkeling and a BBQ lunch on the beach. Check into the Hotel Maria La Gorda or similar for overnight.

Depart early in the morning by bus for the Vinales Valley, a UNESCO World Heritage site in the Pinar del Rio Province of Cuba. Encircled by mountains, its landscape is interspersed with dramatic rocky outcrops. Traditional techniques are still in use for agricultural production, particularly of tobacco. Visit a tobacco plantation where you will learn about the production of those world famous Cuban cigars. After lunch at an organic restaurant, we depart for our 3 hour transfer to the Hotel Nacional de Cuba for an engrossing lecture with well-known architect Pedro Vasquez. Return to the Panorama for dinner, followed by a trip to the Café Taberna to experience the wonderful salsa music of the Buena Vista Social Club style performance. Overnight in port.

After breakfast, disembark for a walking exploration through Havana Vieja, or Old Havana, and Centro Havana. Witness a mixture of beautiful old baroque and neo-classical monuments, arcades and private balconies. For an enhanced sightseeing experience, flag down a uniquely decorated local “bicitaxi,” or bicycle taxi. We will stop at a local restaurant for lunch, followed by a scenic drive in vintage American cars to Finca Vigia, beloved home of Ernest Hemingway where he lived for 21 years and wrote For Whom the Bell Tolls and The Old Man and the Sea. Return to the ship for farewell dinner and overnight in Sierra Maestra Port- Old Havana.

Disembarkation and transfer to the airport for short return flight to Miami International airport. 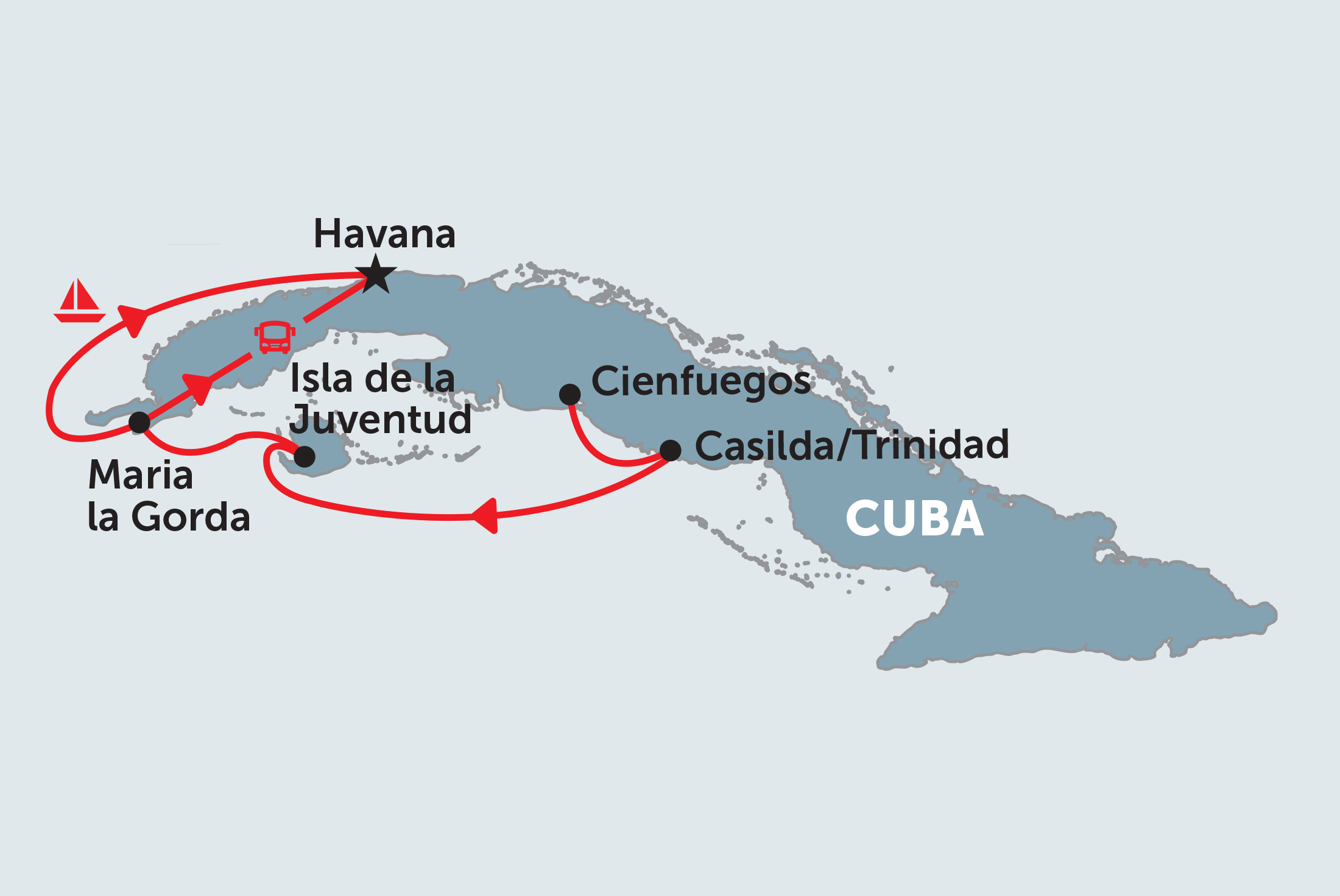