Visit St Hilarion Castle, rumoured to have been used by Walt Disney as inspiration for the castle in Snow White and Seven Dwarfs.. Set sail from Kyrenia (Girne) and explore the coastline at sunset, stopping along the way for a refreshing swim.. Journey to the largely untouched west of Cyprus and discover a forgotten village, enjoying a traditional dinner with the community.. Discover Europe’s last divided capital, known as Lefkosia to the Turkish and Nicosia to the Cypriot communities; full of interest and with an eclectic mix of cultures and architecture.

The beauty of the land and hospitality of people in Northern Cyprus is undeniable and is a largely untouched gem of the Mediterranean. On your eight-day adventure, hunt for castles and monasteries, swim off the shimmering coastline, explore one of Europe’s last divided capitals, sit wistfully under the Tree of Idleness or watch the donkeys wander along the landscape as you walk down to Golden Beach. Despite the country remaining divided after a military coup in 1974, this Northern Cyprus adventure offers plenty of unique experiences and unforgettable memories to boot. 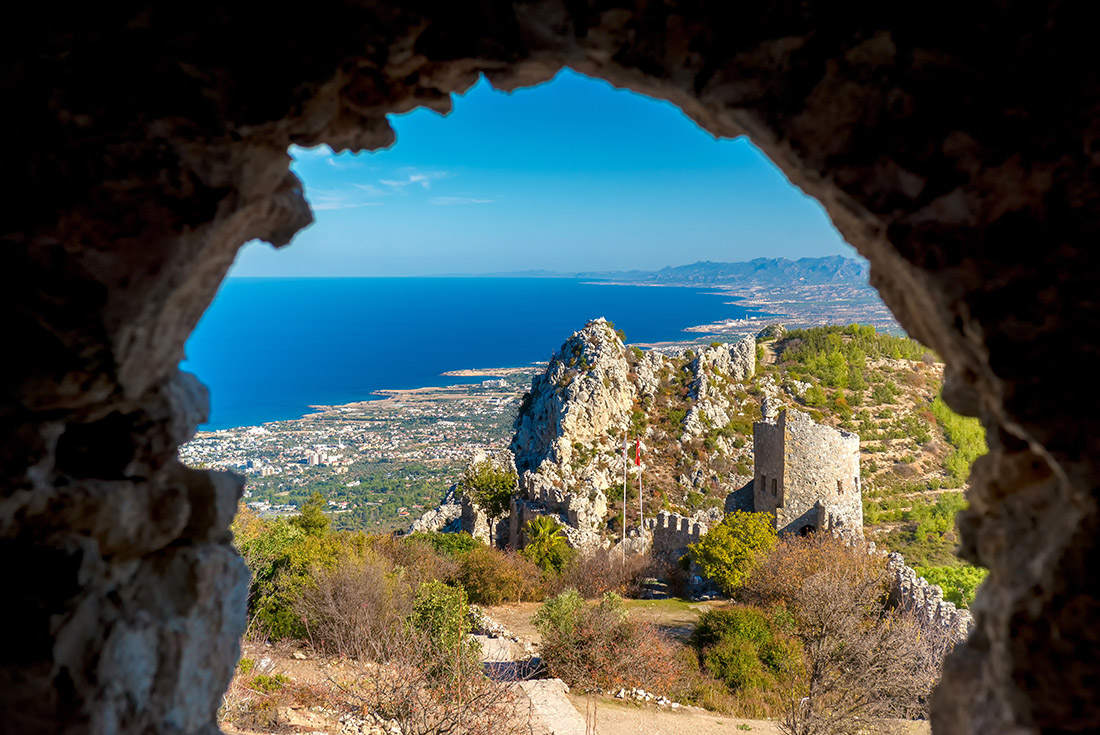 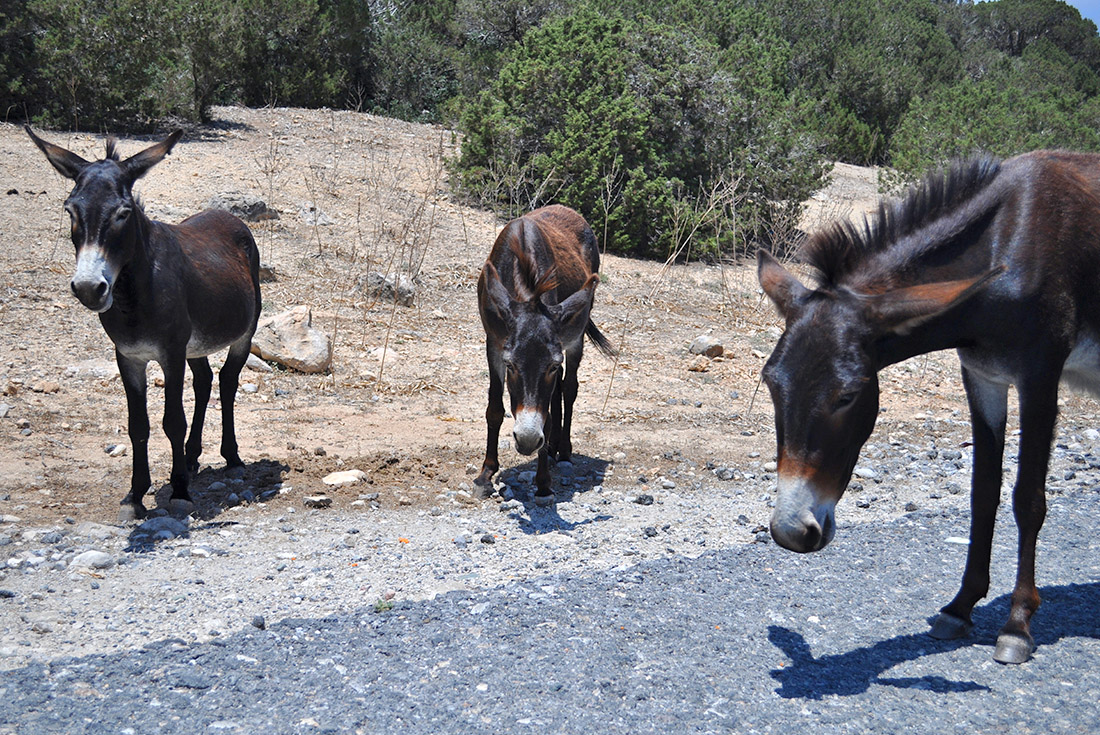 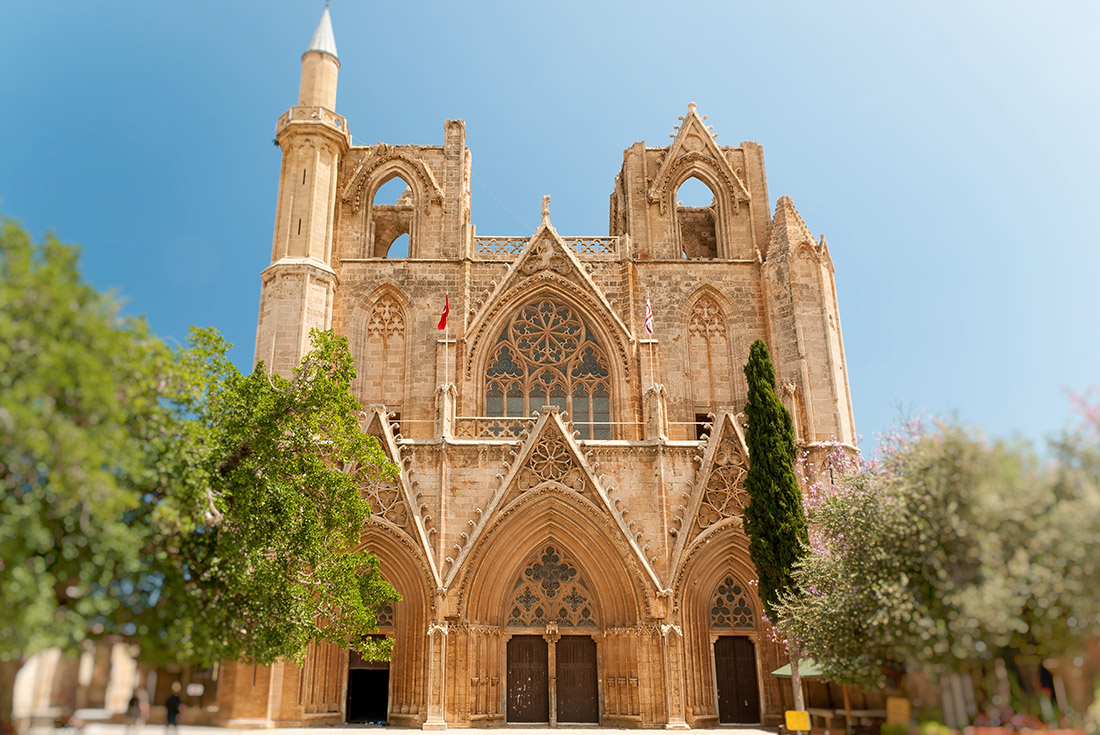 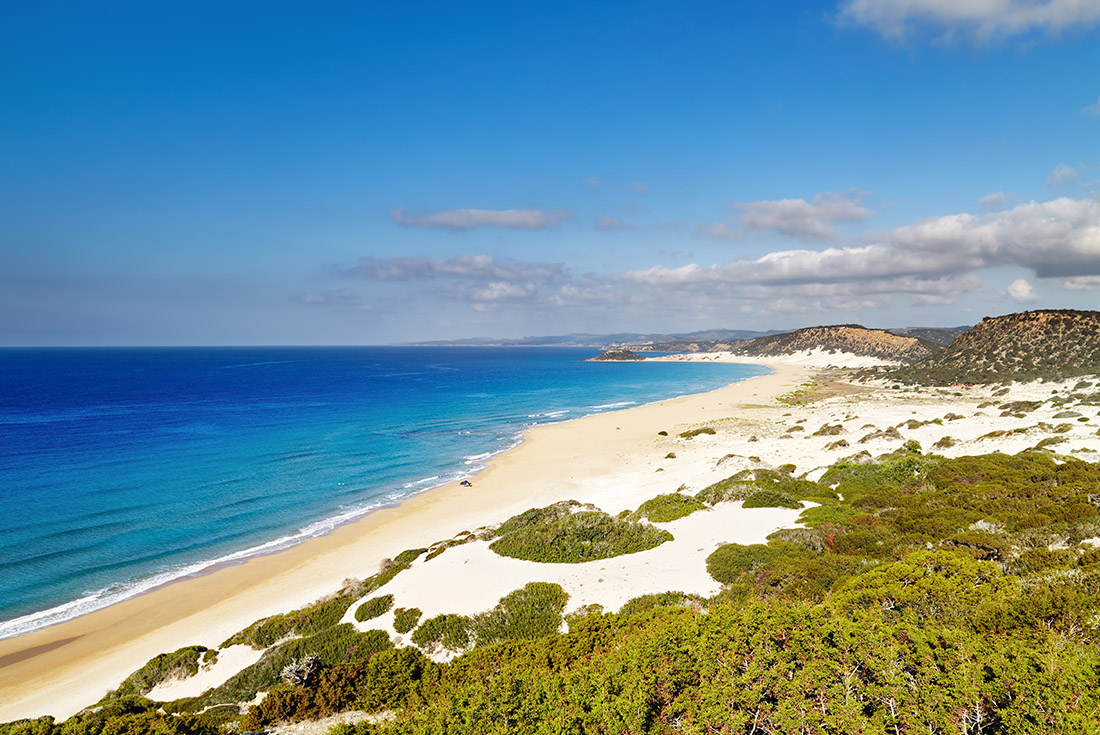 Welcome to Kyrenia, also known as Girne in Turkish – a beautiful town that boasts an average of 320 sunny days per year. Come 6 pm, begin your travels with a welcome meeting at your hotel to meet your group leader and fellow travellers. In ages past, Kyrenia's horseshoe harbour played home to carob warehouses, one of the region’s former major exports. These days, it’s lined with lively bars and shops underneath the nearby Venetian Castle that creates an interesting contrast between old and new. Considered to be the cultural and economic centre of Northern Cyprus, there’s no better place to begin your adventures through the island. After your important meeting, why not get a group of you together to explore the harbour, and to find a place for dinner.

Embark on a walking tour of Kyrenia’s Old Town in the morning. The winding alleyways reveal a quaint mix of old stone buildings with colourfully restored architecture, along with the spectacular remains of the abandoned 16th-century Chrysopolitissa Church. Take a visit to the Venetian Castle that guards the city, taking in the magnificent sea vistas from the top of the fortifications. In the afternoon, travel the picturesque St Hilarion Castle. With walls and towers that sprout out of the rocks almost randomly, it’s rumoured that Walt Disney used the castle as inspiration for The Queen’s Castle in Snow White and the Seven Dwarfs. The highest point stands at a towering 730 metres (2395 feet) above sea level, offering a marvellous view of the land below. From this point on, continue to Bellapais to explore its monastery, one of the few and fantastic Gothic architectural masterpieces of Cyprus. This evening, bask in a spectacular sunset on board a traditional gulet (sailing vessel) over the Mediterranean. You’ll be able to enjoy the coastal views all the while with a drink in hand, and cool off with a sunset swim.

The beautiful untouched beauty of the west of Northern Cyprus is your background today for an overland journey through its history. From Kyrenia, explore Kormakitis, Morphou and Lefke, discovering Roman mosaics in Christian Basilicas, Gothic architecture in Orthodox churches and fine examples for Armenian and Christian traditional homes with ornate balconies. You’ll make a visit the last inhabited village of Maronites – a catholic community originating from Lebanon which settled in Cyprus with the Crusaders. Visit the 14th century old St George Chapel and the 19th century St George Cathedral as well as the ethnographic museum in Kormakitis. After the cultural visit, be treated to a traditional dinner, tasting Maronite specialities. Your travel time today is around 3.5 hours, not including stops. Return to Kyrenia for the night.

Known as Lefkosa to the Turks and Nicosia to the Greeks, the city is full of surprises thanks to a mix of cultures and architecture. You’ll visit the capital today, and discover the city coexisting in a country divide. The Selimiye Mosque is one of the Turkish side’s highlights, previously known as the Cathedral of Saint Sophia before the Ottomans added minarets in 1571. Marvel upon the interior’s whitewashed walls and examine traces of Gothic architecture lying in the architecture despite the Islamic refurbishment of the building. Afterwards, take a walking tour passing through both sides of the country’s green line. Your passport will be required for the checkpoints at the border and the intriguing contrasts between the divided city will become apparent as you enter the Greek side of the island. Later in the afternoon, loop back into the Turkish side with a trip to the Rizokarpaso (the Karpass Peninsula) before spending the evening at a log cabin in the national forests near Komi Kebir, or Byukkonuk.

Komi Kebir (Buyukkonuk) is a traditional Cyprus village where residents have been working together to preserve local culture and heritage. This morning be introduced to your hosts, Lois and Ismail, as you join in some traditional bread and cheese making. Afterwards, take a wander through local fields to the remains of the Auxendios church. The Karpass Peninsula is literally covered with abandoned churches, many have been left for years and have since been repurposed as shelters for farm animals or simply left to fall in favour for new mosques. Enjoy a traditional village vegetarian meal for lunch, using local produce such as carob pekmez and zivania – a local firewater made from grape skins.

Today, journey further along the Karpass to explore some of the remote beaches and villages, keeping a look out for the Donkeys on our journey today. Emanating a certain rustic charm, this piece of paradise on the remote Mediterranean coast is yours to explore today. Take a drive to the tip of the peninsula and visit the Apostolos Andreas Monastery. It’s thought that the monastery has stood here since Byzantine times, founded here during a journey to the Holy Land by Saint Andrew. In modern times, the monastery has been under an extensive restoration program which leaves much of the location inaccessible to the public – however the church is still open for entry and the views from this location are stunning. This afternoon, enjoy an opportunity to swim or to take an optional 2.5-hour hike. Look out for local donkeys along the way – they are quite common in this area. Continue to the east coast city of Famagusta for the evening.

This morning after breakfast, first visit the ancient city of Salamis – once a thriving port city serving many dominant groups over the course of its history, including Assyrians, Egyptians, Persians, and Romans. Continue to the Church of Apostolos dedicated to St Paul’s friend Varnavas (Barnabas), who was born in Cyprus and carried out his missionary work here. Head back to Famagusta (Gazimagusa) in the early afternoon, which is one of the finest examples of medieval architecture in the eastern Mediterranean – a walk around its walls and old city feels just like an open-air museum! Spend the afternoon on a walking tour, starting at the centre point of the city, the beautiful Cathedral of St Nicholas, now converted to the Lala Mustafa Pasa Mosque. Learn also of the modern history of the city following Cyprus’s 1974 coup. In the evening, be sure to get together with your group for dinner to share your Northern Cyprus stories.

As there are no activities planned for today, you are free to leave the accommodation at any time.