We’re proud to announce a range of unique new journeys for travellers looking to combine their special interests with their love of travel. From history and archaeology, to literature, photography and wildlife, our Limited Edition small group tours have been crafted just for you.

There’s nowhere quite like Baja California Sur. Jacques Costeau called it the world’s aquarium, but we just refer to it as paradise. The Sea of Cortez, off Baja’s coast, is visited by every year by thousands of migrating whales and this expedition is a chance to see these majestic mammals in the wild. When you’re not watching these breaching beauties, spend your days snorkelling in the clear blue waters, hiking the rocky coastlines, swimming with sea lions and exploring inland lagoons as your boat hops from island to island.

Trek to the base camp of Aconcagua, the Southern Hemisphere’s highest mountain, during this 10-day trip. Begin in Mendoza, the home of malbec, and learn about its production while touring wineries with a local wine expert before heading into the mountains proper for an expedition through the beautiful Andean ranges. Interact with climbers and trekkers from around the world at base camp then return to Mendoza to raise a glass of the good stuff to your group – there’s no doubt you’ll have earned it. Peru is a country in the midst of a cultural revival. It’s only in the last century that the country’s proud inhabitants have broken free of the shackles imposed by the Spanish conquest to embrace their ancestral Quechua language and customs, including the Inti Raymi – one of the most important festivals of the Inca calendar. Full of colour, movement and spectacle, this unique event offers a rare glimpse into ancient Inca life. Join us on a Peruvian adventure from the capital’s thriving food scene to the wildlife-filled Ballestas Island. Fly over the cryptic Nazca Lines and explore the white streets of Arequipa. Experience not one, but two visits to the iconic Machu Picchu in celebration of the winter solstice and finish up in ancient Cusco in time for historic Inti Raymi itself. On 13 October 1972, Uruguayan Air Force Flight 571 crashed in the remote Andes with 45 people on board. Stranded at 3600 metres with minimal supplies and nothing around but rock, ice and twisted metal, the survivors spent 72 days on the mountain before 16 of them were eventually rescued. The accident, which was immortalised in the 1993 film ‘Alive’, received significant global media attention when it was revealed that the survivors had resorted to cannibalism to make it through the ordeal. Beginning and ending in Mendoza, the heart of the Argentinean wine region, this expedition takes you trekking through the Andes to the site of the crash where you can pay your respects to the 29 victims amid the bittersweet beauty of this rugged mountain range. Join Intrepid on our first ever female-only, female-led 12-day expedition through Iran. Designed to allow travellers a unique opportunity to discover the customs, food, challenges and lives of local women of Iran through a range of experiences otherwise off limits to our normal mixed gender groups. Although gender segregation is not typically Iranian, strict dress codes imposed by Islamic Law have meant many places & ways of life have become segregated by default. Step inside the hidden world of an Iranian beauty salon, wander through a female only park, and travel by public transport in the female-only carriage of the metro, local buses and an overnight train. Experience rural nomadic life with Qashqai people, meet young female entrepreneurs, and learn secret recipes from those in the know. This trip will expose you to a range of fascinating local women; young, old, religious, conservative, rural, modern and liberal. We would love to open up these real life experiences to all our travellers; however, in order to operate in a socially responsible and culturally sensitive manner this is simply not possible. At least not yet! If you’re interested in travelling to Iran on a similar itinerary, check out some of other group departures or speak to your booking agent about a tailor-made itinerary. If you’ve ever had a fascination in the ancient gods, goddesses and tombs of Egypt, this in-depth, off-the-beaten-track trip is for you. From the famous pyramids of Giza to the less-known Red and Bent Pyramids in Dashur, through the Old Kingdom capital of Memphis and along the winding Nile, your local guide Ahmed (a knowledgable Egyptologist and history buff himself), will take you on a journey through Egypt’s incredible past, landscapes and mythology. Spend the festive season of a lifetime in the Holy Land of Israel and the Palestinian Territories on this 8-day journey. Explore the ancient sites of Tel Aviv, Jerusalem and Nazareth and join pilgrims for the annual Christmas day procession to Bethlehem, then partake in an atmospheric Midnight Mass at the site where Christians believe Jesus was born. Explore a region alive with history during a time of great celebration, and gain a new perspective on the season. 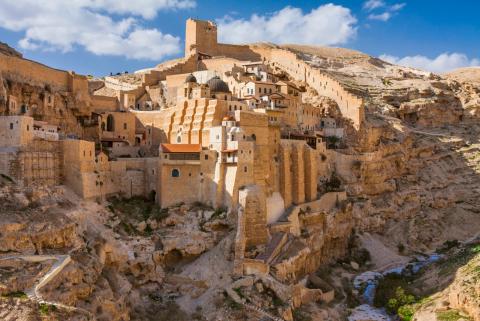 Every year in September, over 100 clans gather in the Eastern Highlands of Papua New Guinea for one of the biggest tribal festivals in the world: the Goroka Show. Set to the beat of Kundu drums, thousands of painted, feather-adorned tribespeople come together in a huge sing-sing to perform traditional songs, dances and rituals. Under the guidance of a local leader, you’ll spend two full days at the Show, as well as several days in the beautiful Asaro Valley, where you’ll interact with friendly villagers – including the famous Asaro Mudmen and Simbu tribes – through performances and immersive activities. Keen to step off the beaten path and learn about some of the world’s best preserved tribal cultures? This is your chance. Embark on an ultimate Okinawa journey – a special group of islands that lie to the southwest of Japan. Being so far away from the main islands of Japan, Okinawa has always been considered an exotic destination even in Japan. With its distinct culture inherited from the Ryukyu Kingdom, yours will be a journey full of adventures both culturally and physically. Walk through the lively Makishi Market, visit the former underground headquarters of the Japanese Navy and learn a few karate moves in Naha. Travel to Ishigaki, part of the remote Yaeyema Islands at the southwestern point of Japan. Ride on a glass-bottom boat, snorkel with manta rays and cycle around charming Taketomi Island. Hike through dense virgin jungles and canoe mangrove-lined rivers in Iriomote. This is an expedition that doesn’t disappoint! Ready for a truly one-off travel experience?  Contact us for more information and a full range of Limited Edition & Expedition trips for 2019/20.